A long trip to the Upper Peninsula ended in disappointment for the Whitehall football team on Saturday afternoon.

The Vikings fell behind early and dropped a 48-27 decision to host Escanaba in a Division 4 pre-district playoff game.

The Vikings finished the season with a 6-4 record.

Escanaba took control by scoring three touchdowns in the first quarter and grabbing a 21-0 lead.

The Vikings got on the scoreboard in the second quarter with a 36-yard run by Tylor Russell. Escanaba answered with another score to take a 27-7 lead into halftime.

“We’re a young team, we’ve struggled with slow starts all season long, and that continued into the playoffs,” said Whitehall Coach Tony Sigmon. “That was a chink in our armor and the other team exploited it.”

Escanaba scored two touchdowns in the third quarter, while Whitehall managed one on a one-yard run by quarterback Casey Huizenga. The Eskymos led 41-14 after three.

The hosts added another touchdown early in the fourth quarter, then the Vikings struck twice – on a two-yard run by Huizenga and a 30-yard pass from Huizenga to Terrell Harris – but it was too little, too late.

Huizenga completed 8 of 24 passes for 132 yards with one touchdown and one interception. JoJo Dowdell rushed 17 times for 113 yards for Whitehall.

After the game, Sigmon expressed his appreciation for his players, particularly the departing Whitehall seniors.

“I’m really proud of the seniors,” the coach said. “They are the first group we (Sigmon and his staff) have had for all four years. They started out as freshmen going 2-6, then we ended up with the varsity making the playoffs three years in a row, which is the first time that’s happened in school history.” 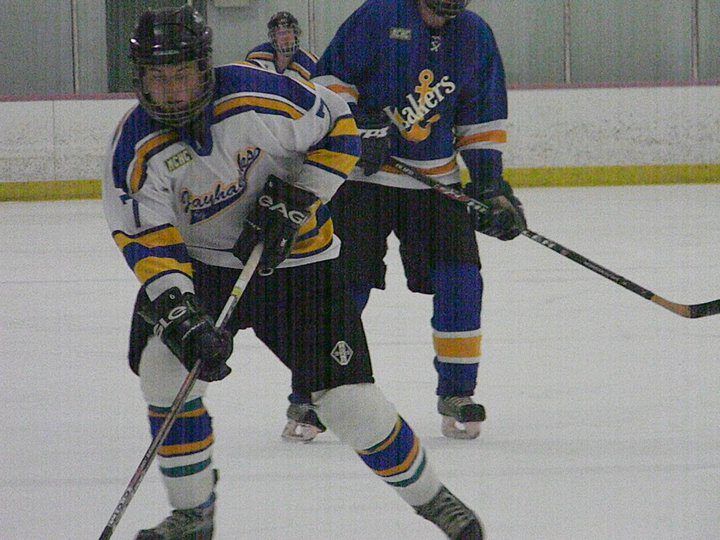