NORTON SHORES – Though the Mona Shores soccer team took a step back in terms of record in 2016, there are many reasons to be

optimistic about the future.

Of the 23 players on the Sailors roster, 15 are underclassmen, including 12 who are juniors. 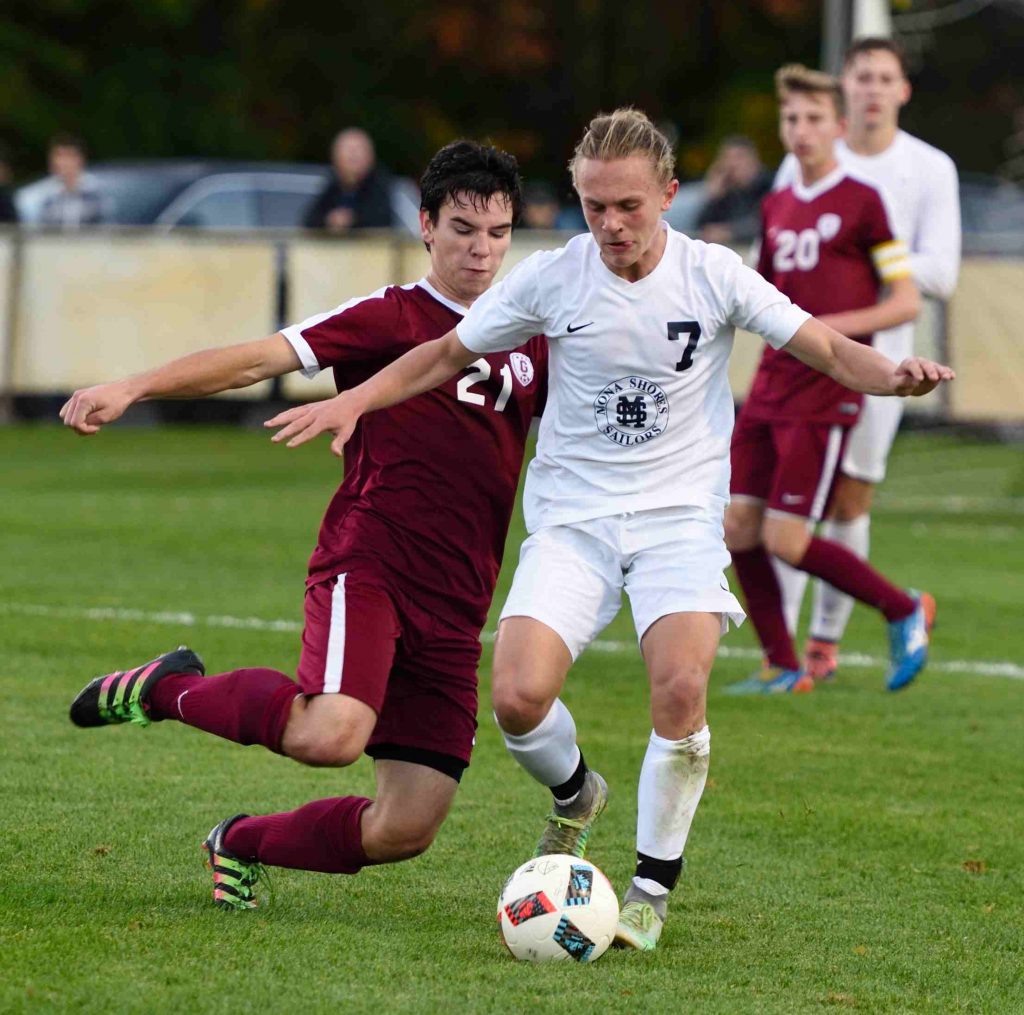 A long playoff run wasn’t in the cards for the Sailors this fall. Their season came to an end Tuesday evening at the hands of the Grandville Bulldogs, 3-1, in Division 1 district tournament soccer action.

The Sailors had many close scoring opportunities and near misses throughout the game, but could not capitalize.

“We couldn’t find the back of the net,” said second-year Mona Shores Coach Mike Apostle, whose team finished the season 5-11-1. “We created about four or five chances in the last 10 minutes and missed wide. Kind of the story of the year.

“We played well, we were in every single game. I don’t think one team killed us or anything, we just have to get better.”

The lone goal of the first half came in the sixth minute when Jerman Juarez put Grandville up 1-0. 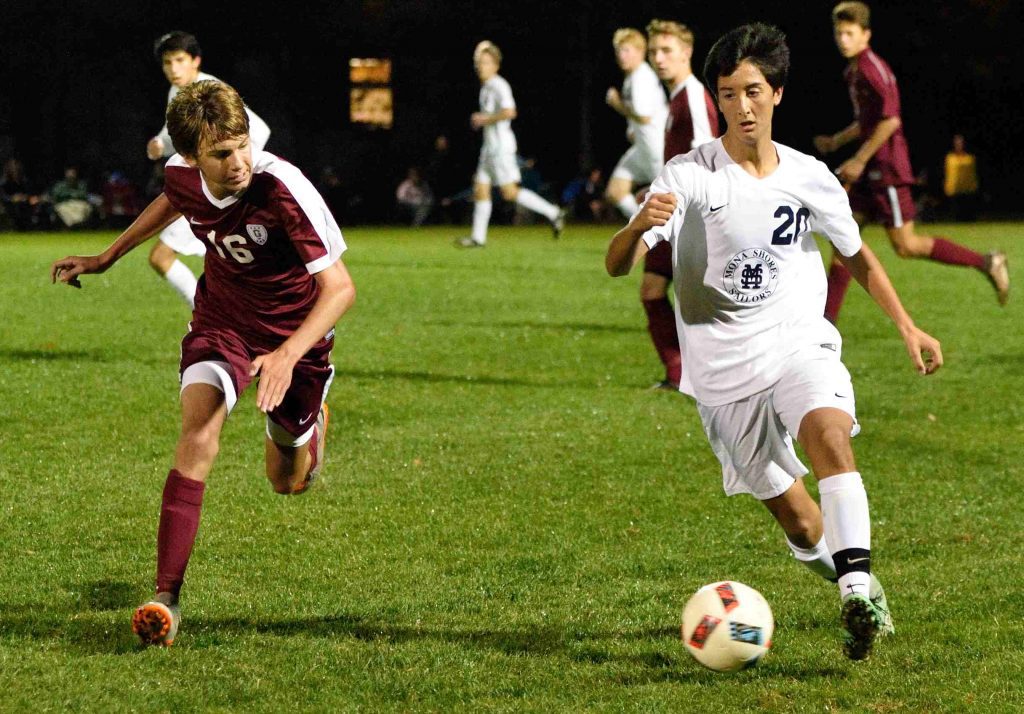 Mona Shores’ best opportunity of the half came in the 28th minute when sophomore forward Miller VanderMolen found himself open on right wing and blasted a shot past the Grandville goalkeeper – but hit the crossbar.

Gavin Peddie and Juarez scored five minutes apart in the second half to put the Bulldogs up 3-0 with 18 minutes to play.

The Sailors got on the board with 11:50 remaining off a corner kick from the right side when Alec McNarland kicked a shot by the goalkeeper to make the score 3-1.

But that was as close as the Sailors would come.

“We’ll be strong next year,” Apostle said. “Our goalies this year, one never played soccer before and the other came from football. You can’t expect them to be unbelievable.

“(The underclassmen) are a good group, it’s just tough to lose games where you had the chances. We definitely improved throughout the season, we just couldn’t put it all together.” 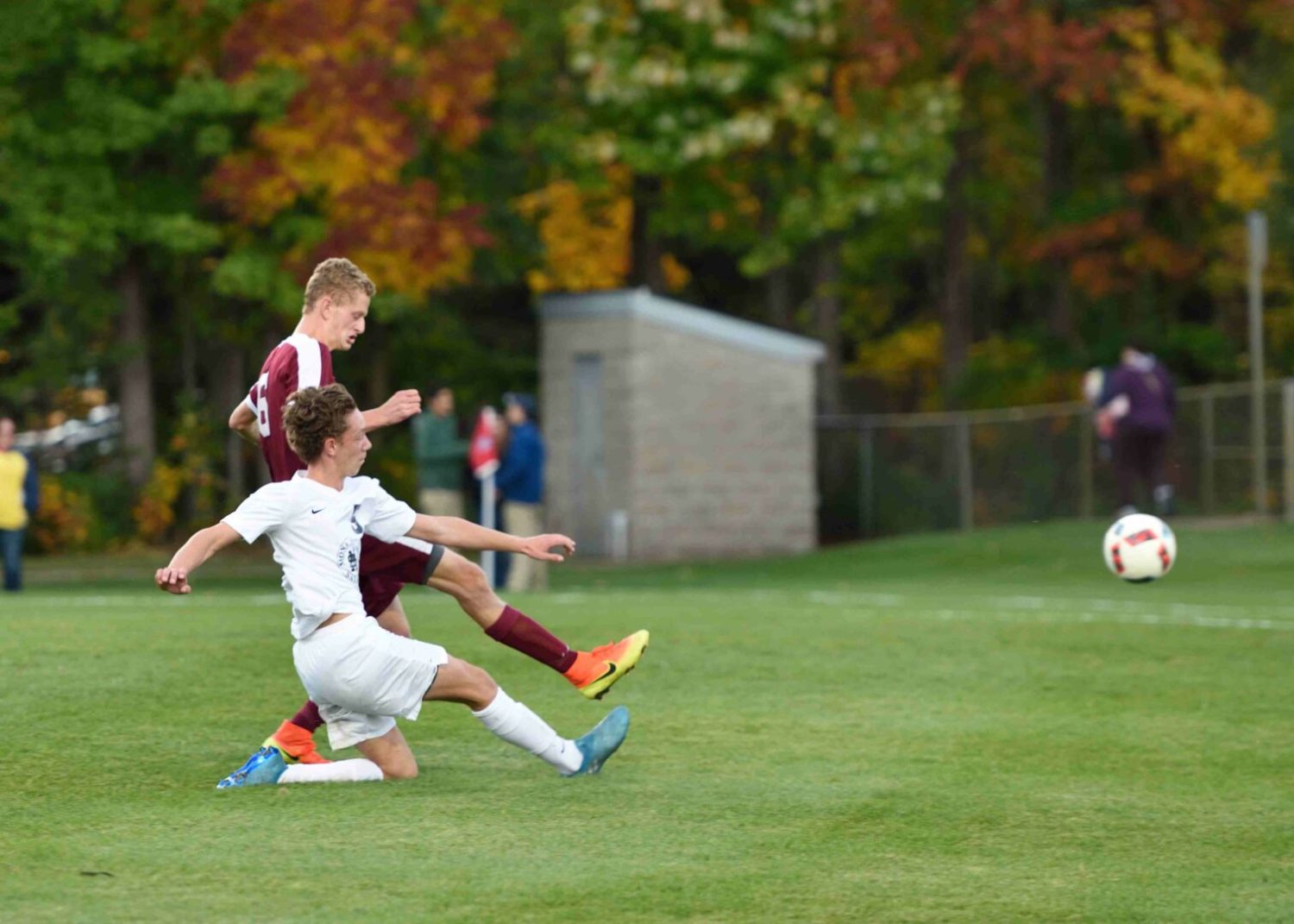 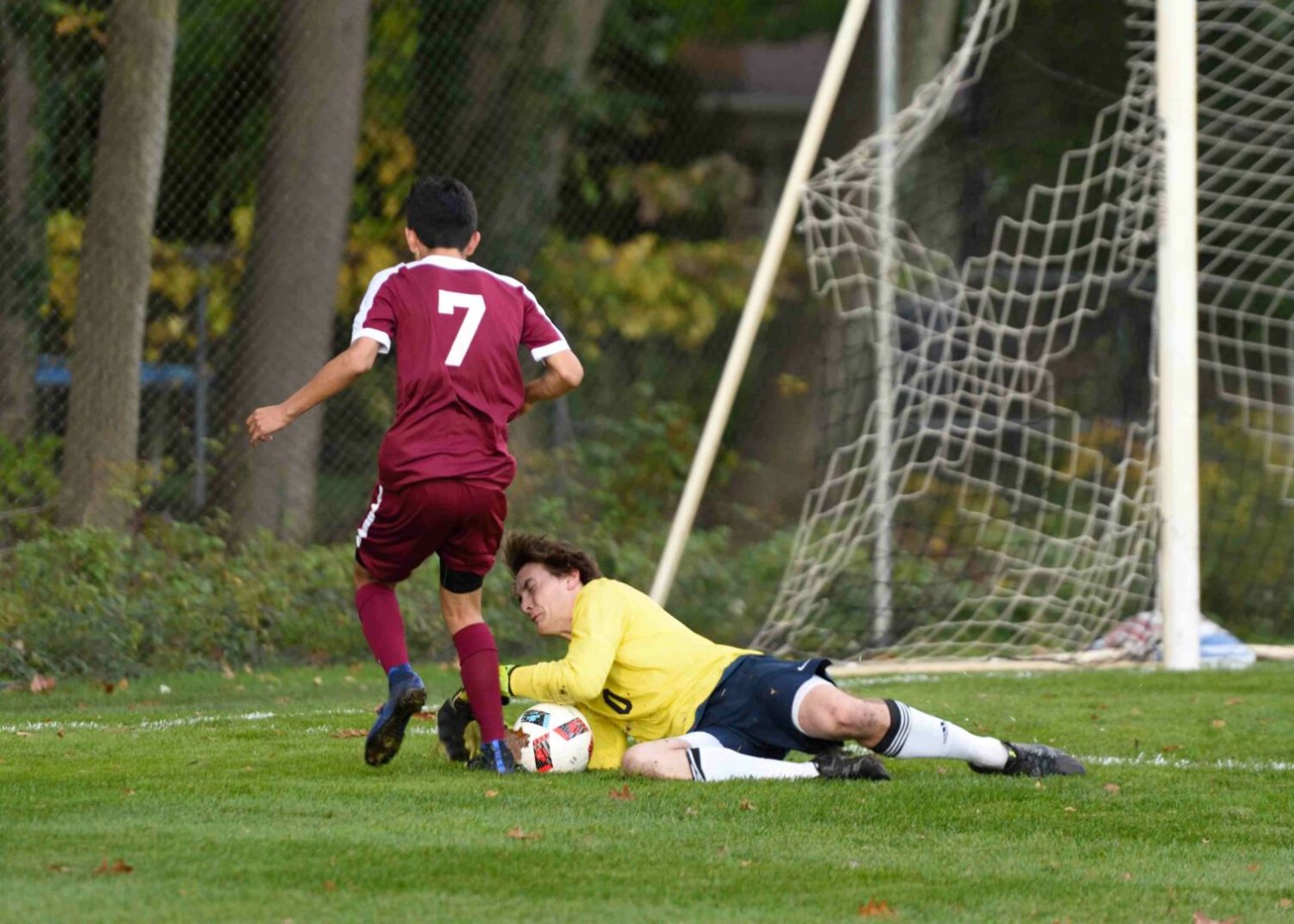 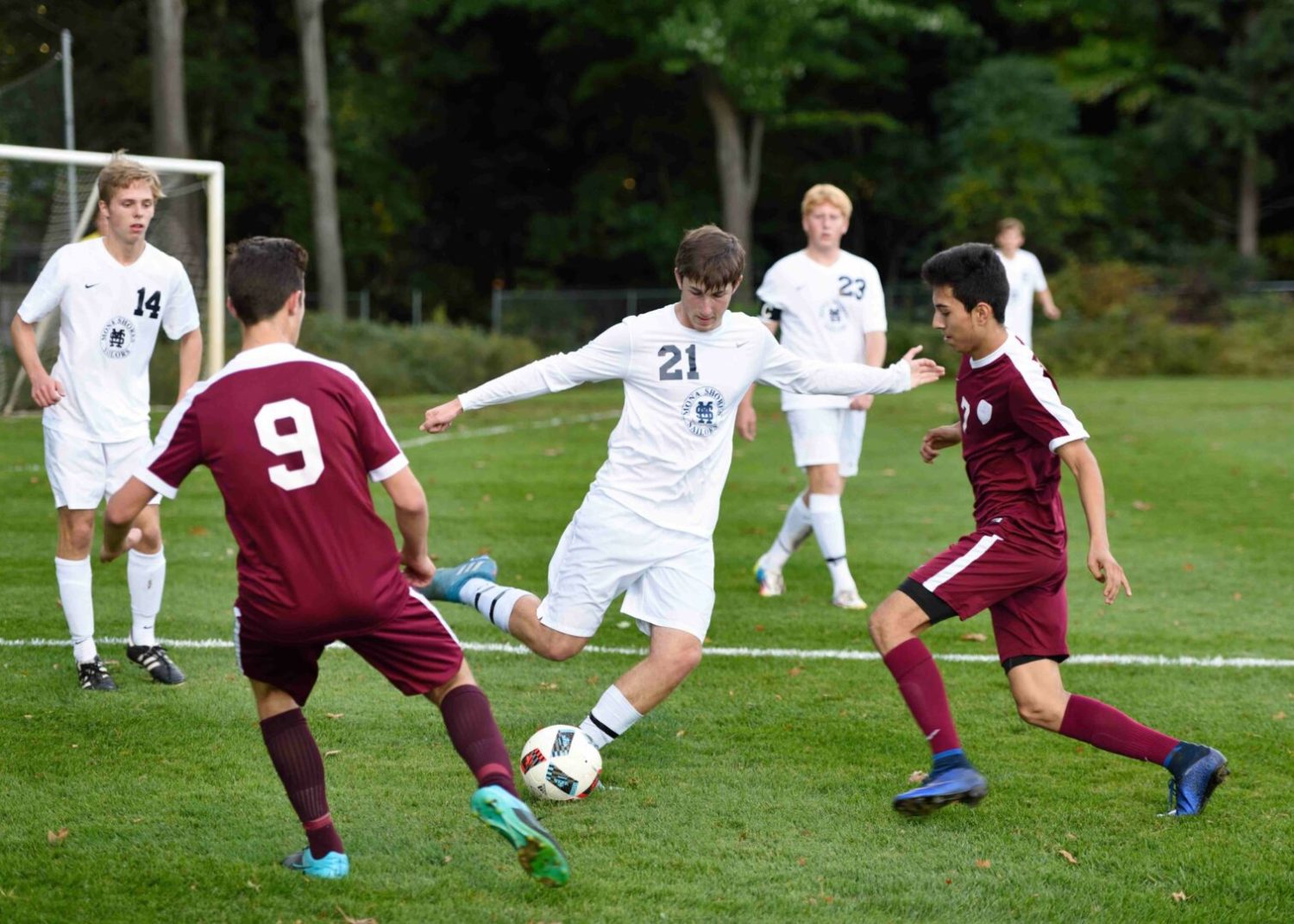 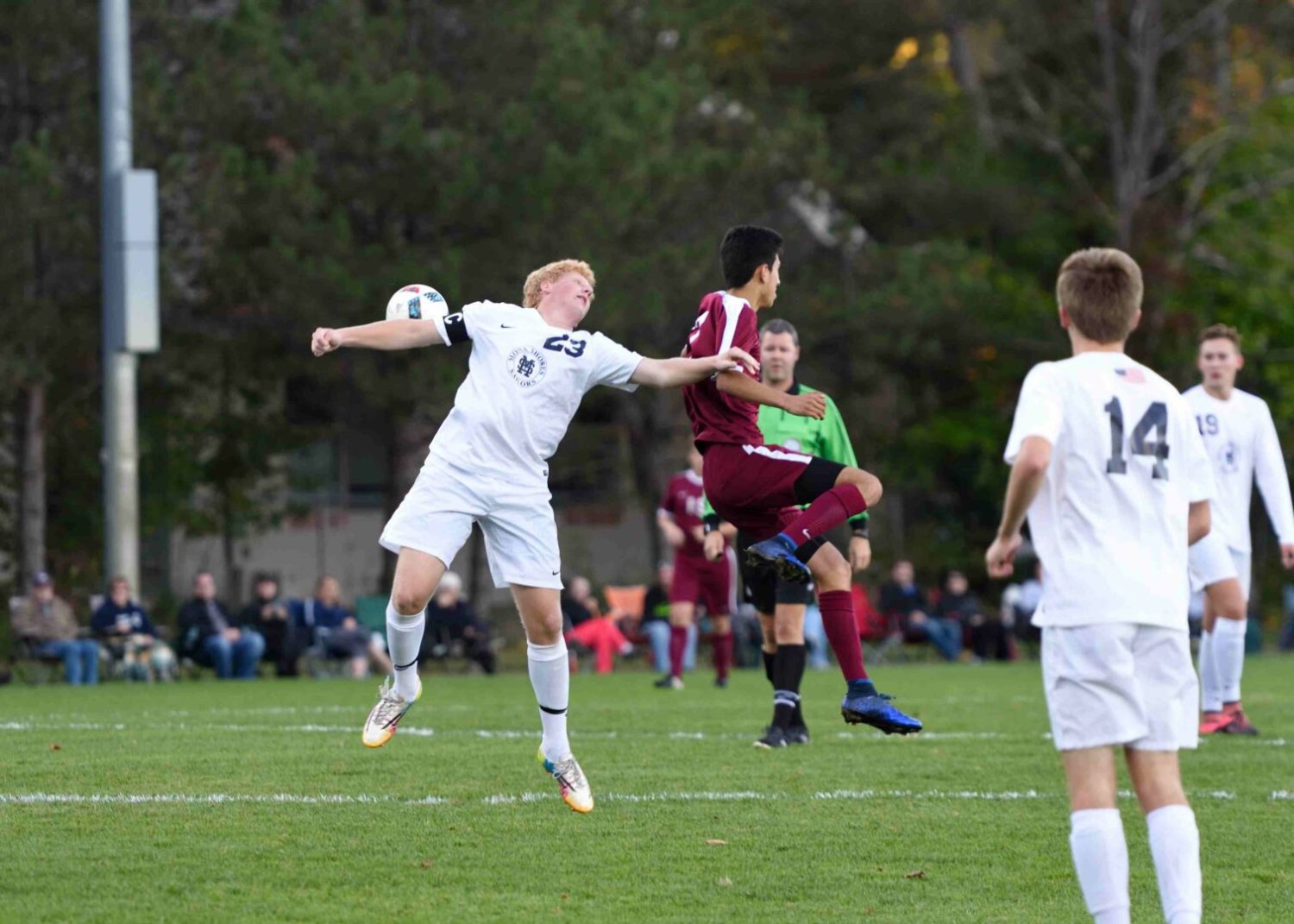 Alec McNarland (23) and heads the ball away from Jerman Juarez. (photo/Eric Sturr)