MUSKEGON TOWNSHIP – The Fruitport volleyball squad has been one of the better teams in the area for years.

But the Trojans hadn’t won a district championship since 2011, when they made a run all the way to the state finals.

Fruitport had a chance to end the district drought on Saturday, but to do so they had to get past a powerful Montague squad and its All-State power hitter, Emma Flagstead.

They pulled it off. 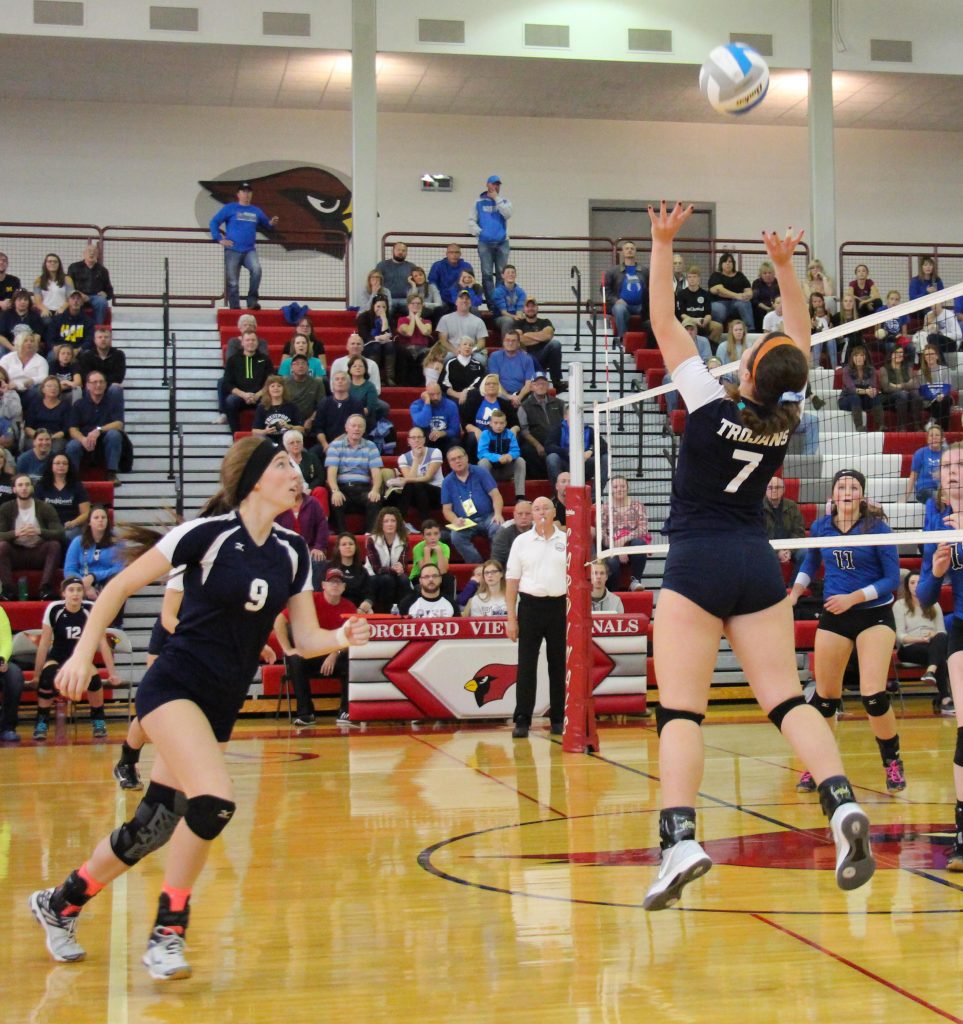 Playing great defense and getting key kills throughout the match, Fruitport walked away with a surprisingly easy straight-set victory over the Wildcats to claim a Class B district title at Orchard View High School.

The Trojans were particularly effective in neutralizing Flagstead. While the Montague Ms. Volleyball candidate had 14 kills in the match, the Fruitport defense came up with several blocks of Flagstead at the net, and several saves on her booming hits in the back row.

The Trojans, 25-18 on the season, now advance to Tuesday’s regional semifinals.

“I told our kids it’s great to get a district trophy back in our case,” said Fruitport Coach Nicole Bayle, who has six total district titles in her 10 years as coach. “It’s great to be a champion again. I think our kids deserve it, the way they practice and prepare for matches. We’re pumped.”

Bayle was proud of her team’s defensive performance, particularly against Flagstead.

“Emma is a great player,” the coach said. “We talked about how she’s going to get her kills, but we couldn’t let that take our momentum away. She’s the driving force of their team. Our goal was to keep the pressure on them, stay calm and cool, and roll with the punches that Emma threw at us.”

The victory was particularly sweet for Fruitport senior Ally German, who’s been battling injuries for the past few seasons, and had not experienced a district title in two prior years on varsity.

German came up with a series of big kills, particularly in the third set, to help the Trojans run the table on Montague.

“I wanted it so much,” said German, who totaled eight kills in the match. “We hadn’t won it I think for five years. It feels great. I really wanted my last year to means something, so we could leave a legacy.”

“She really was an animal out there today, wasn’t she?” Bayle said about German. “It’s great to see a kid who puts in so much time and has gone through so many hurdles with her knee, play great in districts.” 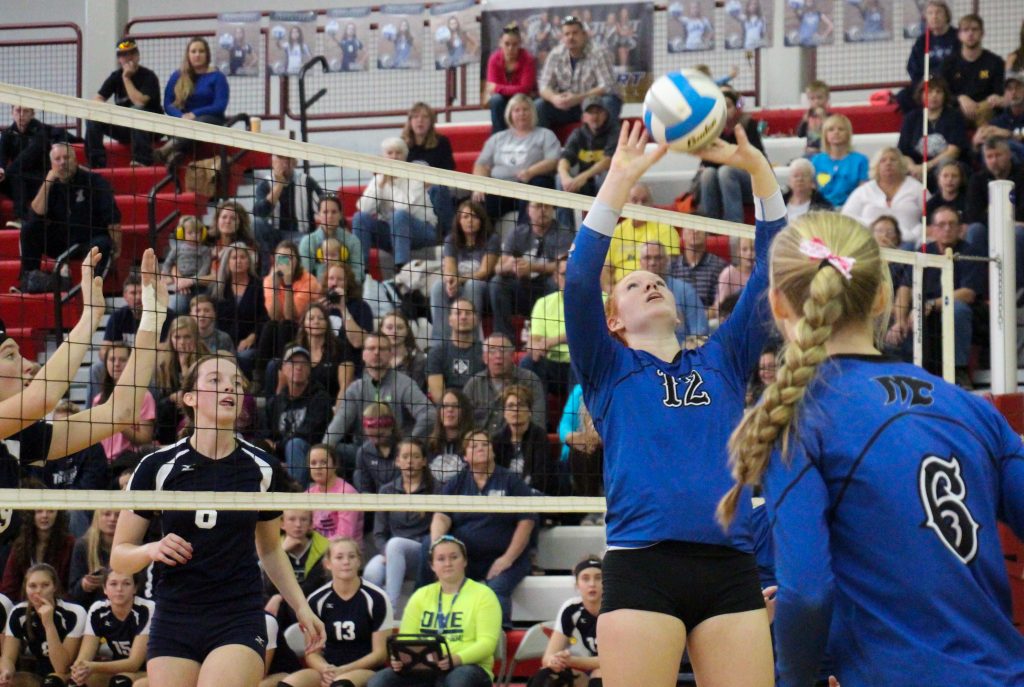 Bayle also credited the Trojans’ setter, sophomore Kelley Carmean, for creating a lot of kill opportunities for German and other teammates.

“She really moved the ball around well and worked hard on not being predictable,” Bayle said about Carmean, who had 30 assists.

The Trojans led the first set by at least four points for most of the way, Montague crept within two points once (18-16) and one point (19-18), but Fruitport put the set away with a 6-1 spurt at the end.

Kylie Oberlin and Rebekah Busscher combined for a block at the net to seal the victory for Fruitport.

The second set was back-and-forth most of the way. The score was tied seven different times, including a 13-13 deadlock.

But Fruitport pulled away from there, outscoring Montague 12-4 down the stretch. Busscher and Alyse McPheron combined for a block on Flagstead at the net to score the final point.

The third set was tied five different times. The score was knotted at 17-17 when Fruitport pulled away again.

The Trojans scored five straight points on a service run by Katie Veihl. German had three straight kills during the run, Rachel Paulson added another one, and Veihl had a service ace.

German and Jordan Carlyle finished off the match with a pair of big kills.

“We knew they were a good defensive team,” said Montague Coach Shawn Bectel, whose team finished the season with a 39-15-2 record. “We didn’t execute the way we should, and Fruitport played well.”

Bectel predicted a bright future for Flagstead, who will be studying and playing volleyball at Grand Valley State University next year.

“She had a great season and a great career,” Bectel said. “This is just the beginning for her.”

Summer Garwood had 27 assists for the Wildcats while Morgan Roesler had 18 digs. 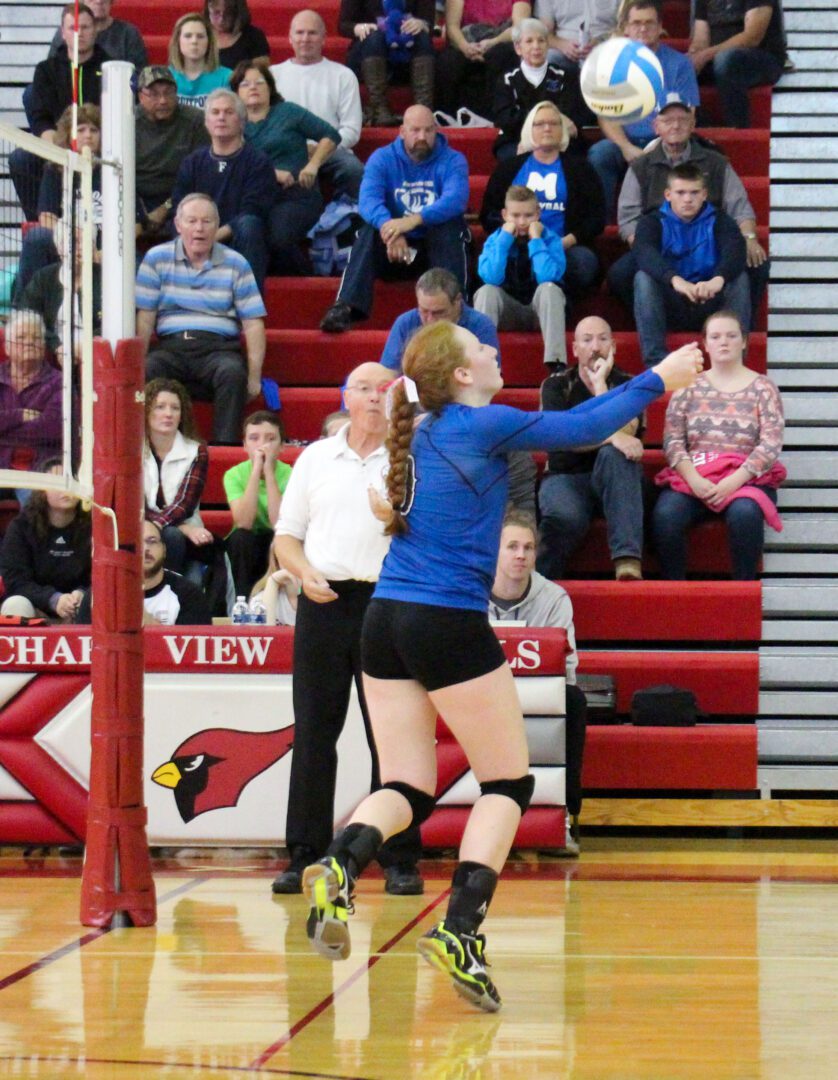 Summer Garwood gets the bump for Montague. Photo/Jason Goorman 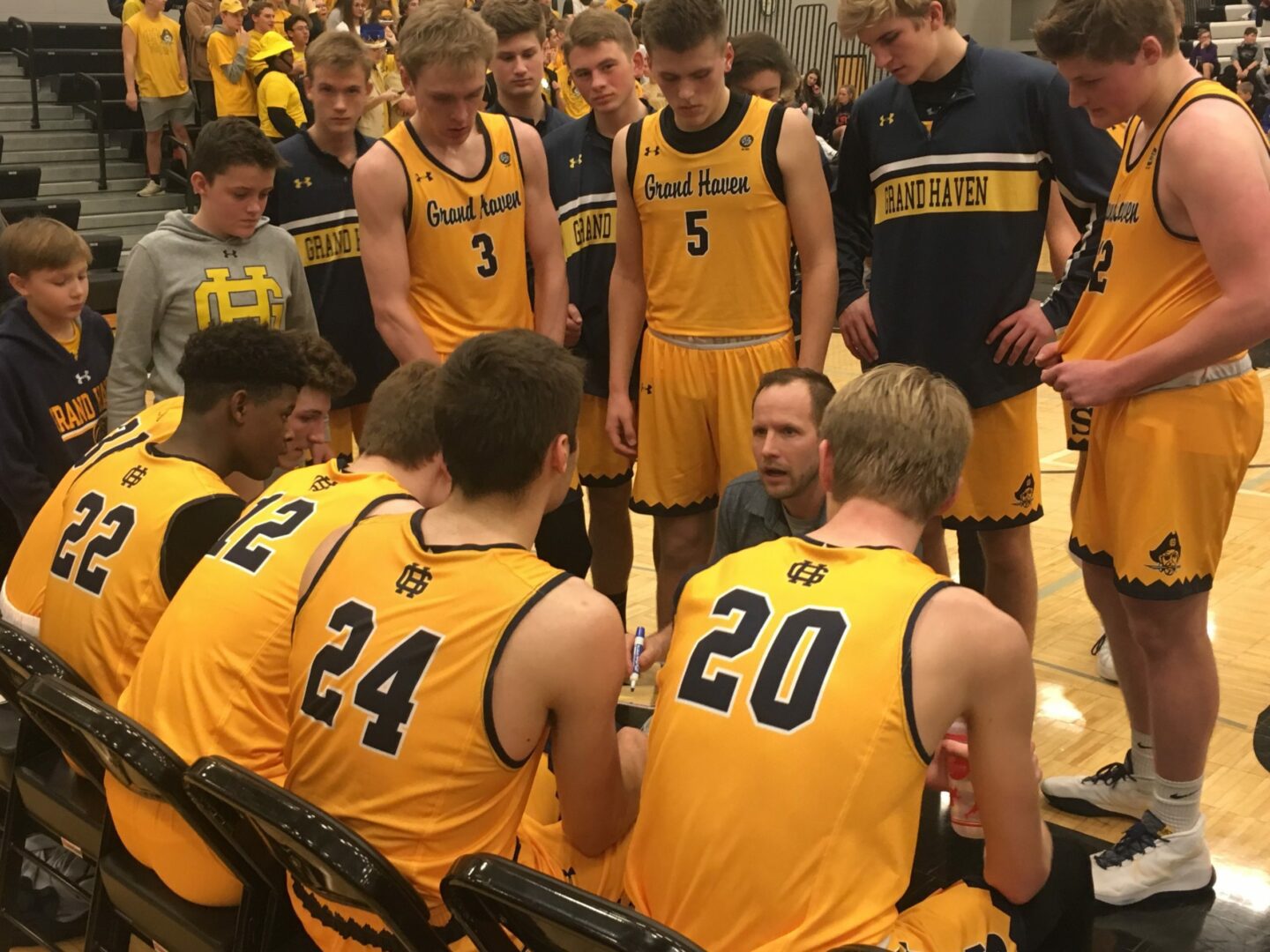 A tough second half sends Grand Haven boys to their first loss, 58-45 to West Ottawa 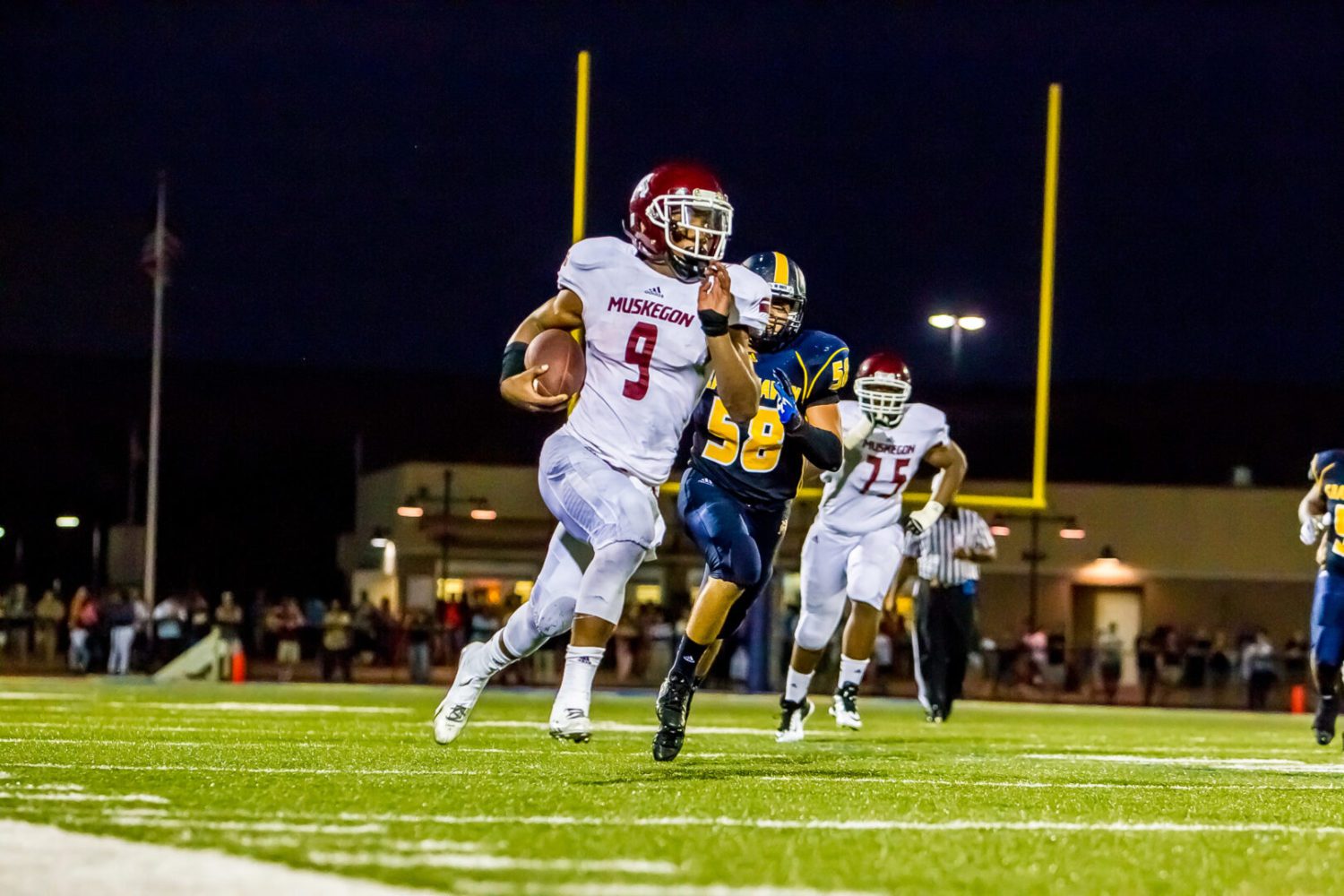