NORTON SHORES – Grand Haven has had the best varsity volleyball program in the area for quite some time, and the Bucs are

showing no signs of slowing down.

They showed that again on Thursday, when they won their 10th straight Class A district title with a straight set victory over Grand Rapids Kenowa Hills at Mona Shores High School. 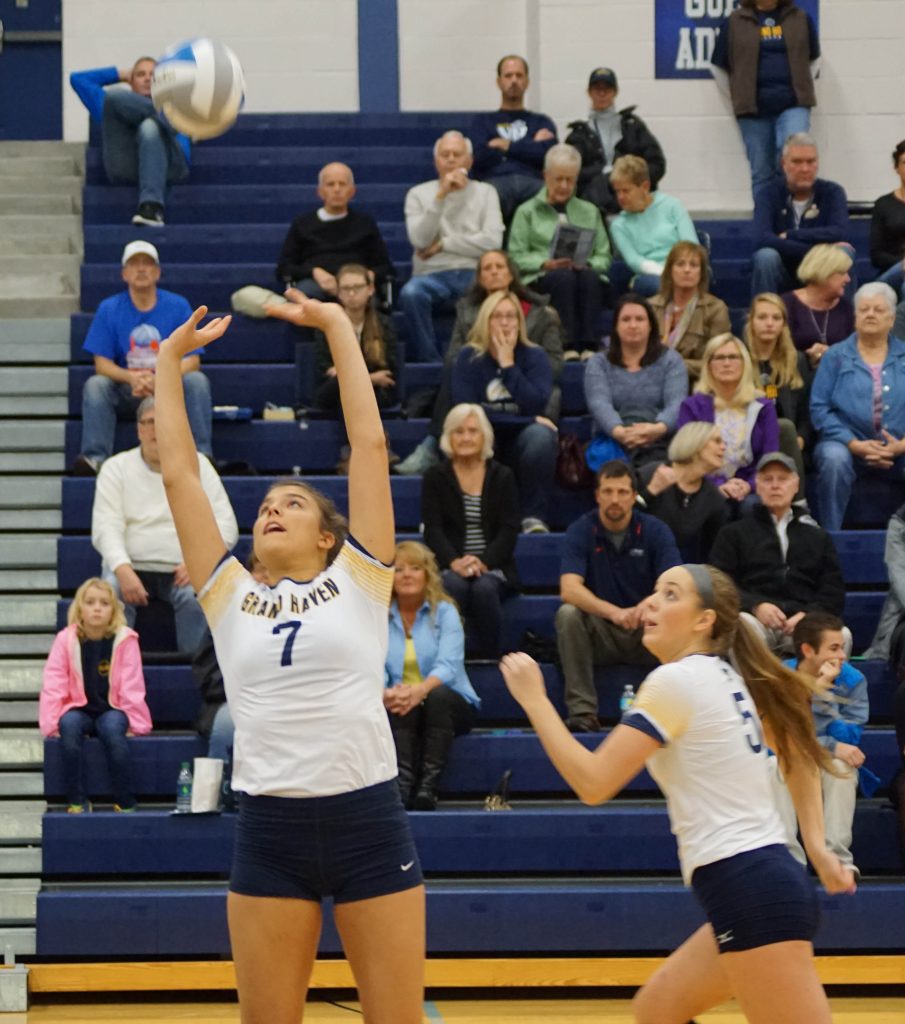 “When you look at our coaching staff, and the kids that have come through our program that have gone on to play in college, it’s been a lot of work to maintain that success,” said Grand Haven Coach Aaron Smaka, whose team is now 48-9 on the season.

“I thought we played well tonight, we passed the ball really well. I thought defensively we controlled the ball. They (Kenowa Hills) mixed some things up and we had to makes some adjustments, and once we did we were good to go. It’ good stuff for us, so here we go, let’s go to regionals.”

The Buccaneers advanced to the regional semifinals at East Kentwood on Tuesday at 5 p.m. The opponent will be determined on Saturday.

Grand Haven, which led throughout the entire first set, jumped out to a 5-1 lead on a strong opening service run by Kennidi Bernia.

The Buccaneers continued their tear, leading 16-8 halfway through the set and pulling away with a 9-7 closing run to win the set.

The Knights responded in the second set, jumped out to an early 4-1 lead. The Buccaneers countered with a 7-3 run to wipe out a 10-6 deficit to tie the score at 13-13.

Grand Haven closed the set with a 12-4 tear to take a commanding 2-0 lead.

Junior Olivia Boeve and sophomore Avolyn Lepo played strong in the front of the net for the Buccaneers during the second set.

“It was a really intense game, which helped me with my performance,” said Lepo. “The team was playing really well so I was able to match what the team did. It’s amazing to feel the atmosphere around this team, we are so focused and driven to succeed.”

Grand Haven won the final set by scoring 10 of the last 12 points on service runs from Claire Holman and Katie Cole.

“Our goal is (going) all the way,” said Newhouse, referring to a state title. “We executed pretty well as a team tonight, but we have to keep side outs to a minimum.” 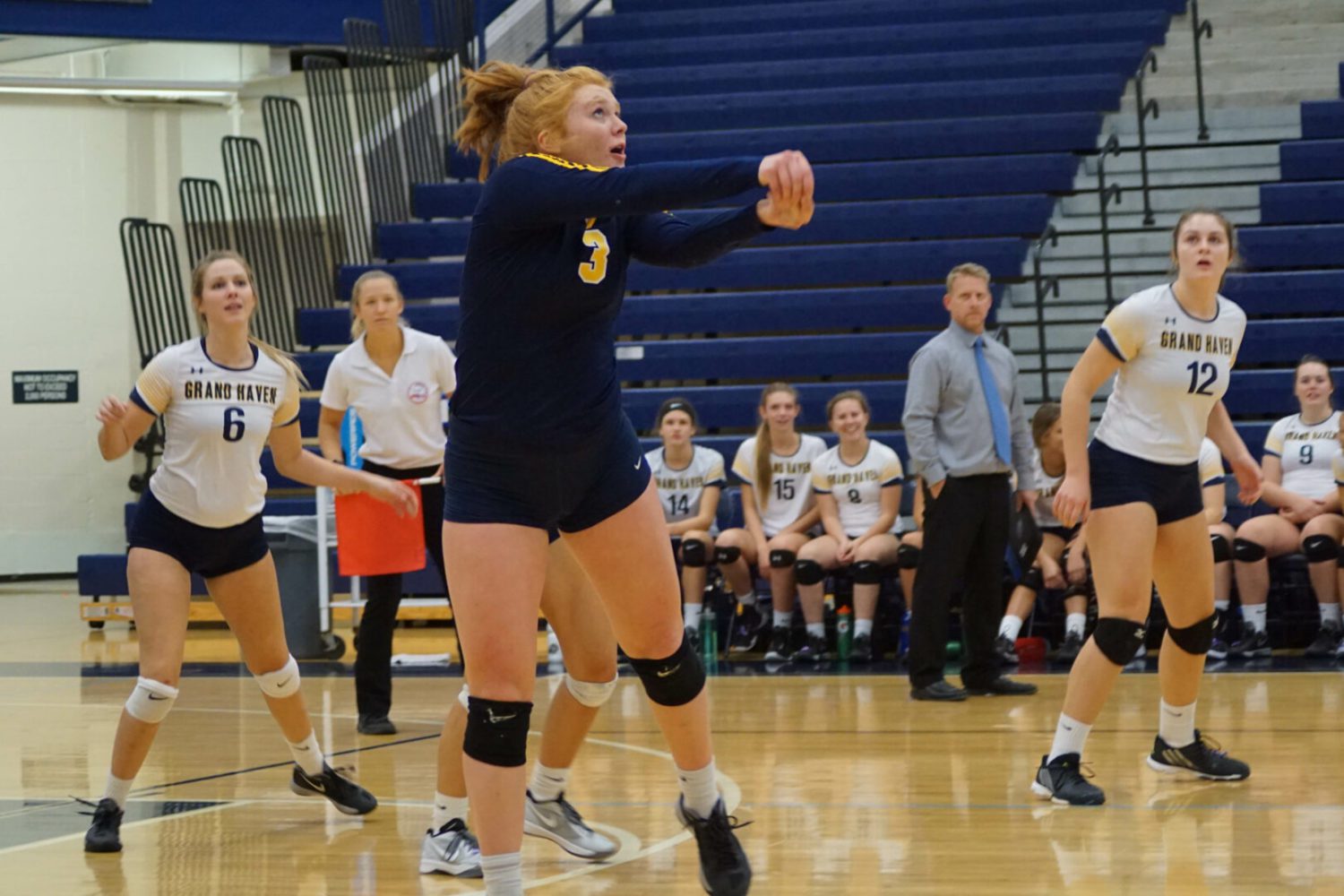 No. 3 Sophia Newhouse comes up with a dig for Grand Haven. Photo/Leo Valdez 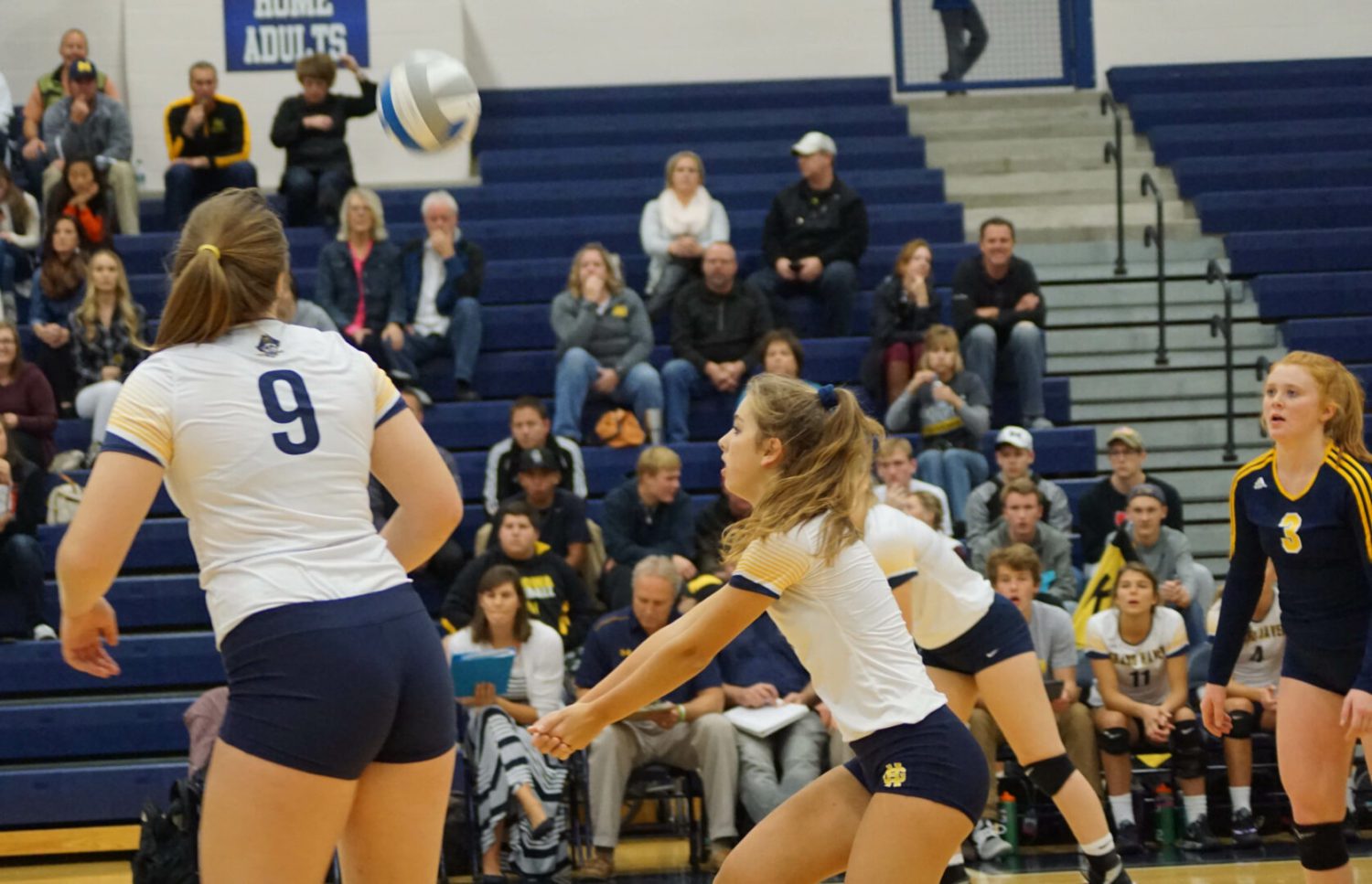 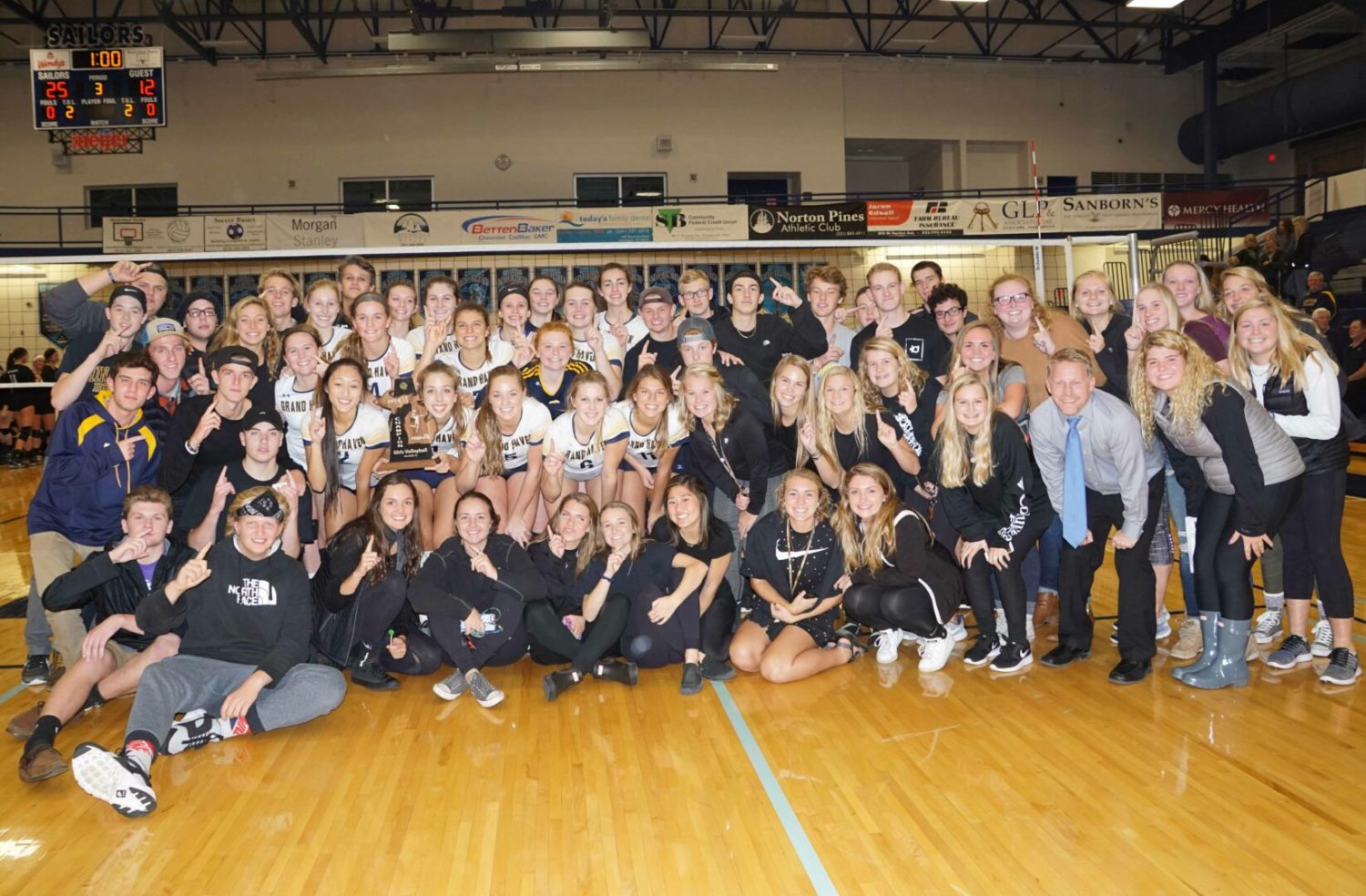