MUSKEGON TOWNSHIP – The Montague volleyball team opened its Class B district title defense against a familiar foe on Tuesday night, and once again continued its head-to-head success.

The Wildcats, who won all three regular-season matches against Oakridge, defeated the Eagles in three straight sets at Orchard View High School in the opening round of districts. 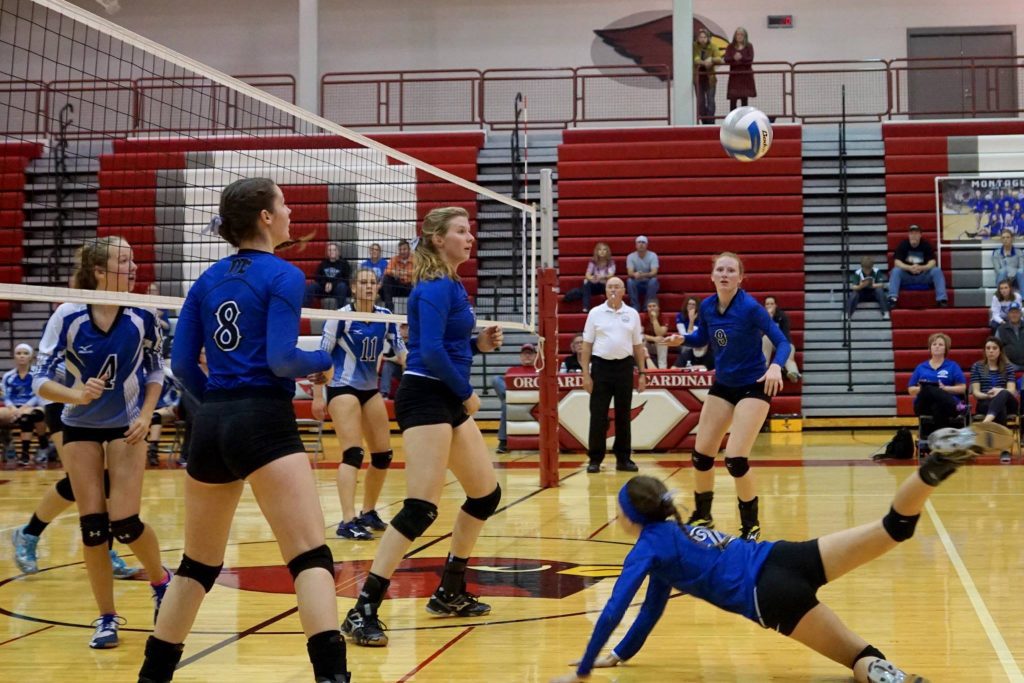 “We just needed to play smart ball,” said Montague coach Shawn Bectel, whose team is now 39-14-3 on the season. “We needed to read what they were doing and take care of business, which we did.”

Bectel isn’t afraid to have big goals for his team.

Last season Montague advanced to the Class B regional finals before bowing out to NorthPointe Christian, and the Wildcats would like to go farther this fall.

“I think we are ready mentally (to make a deep run in the tournament),” Bectel said. “We’ve been working hard and we know what it takes to get there.”

The Wildcats will face another West Michigan Conference opponent, the Whitehall Vikings, on Thursday night in a Class B district semifinal match at Orchard View at 5:30 p.m.

“She is still probably leading the state in kills despite missing 12 games,” Bectel said about Flagstead. “She and the rest of the team is healthy and ready to go.”

Morgan Roesler led the Wildcats defensively with 12 digs, Summer Garwood chipped in with 31 assists and Allyssa Bobian had 11 digs and nine kills.

Montague never trailed during the first set, and started to take control with a 7-1 early run that resulted in a 14-7 lead. 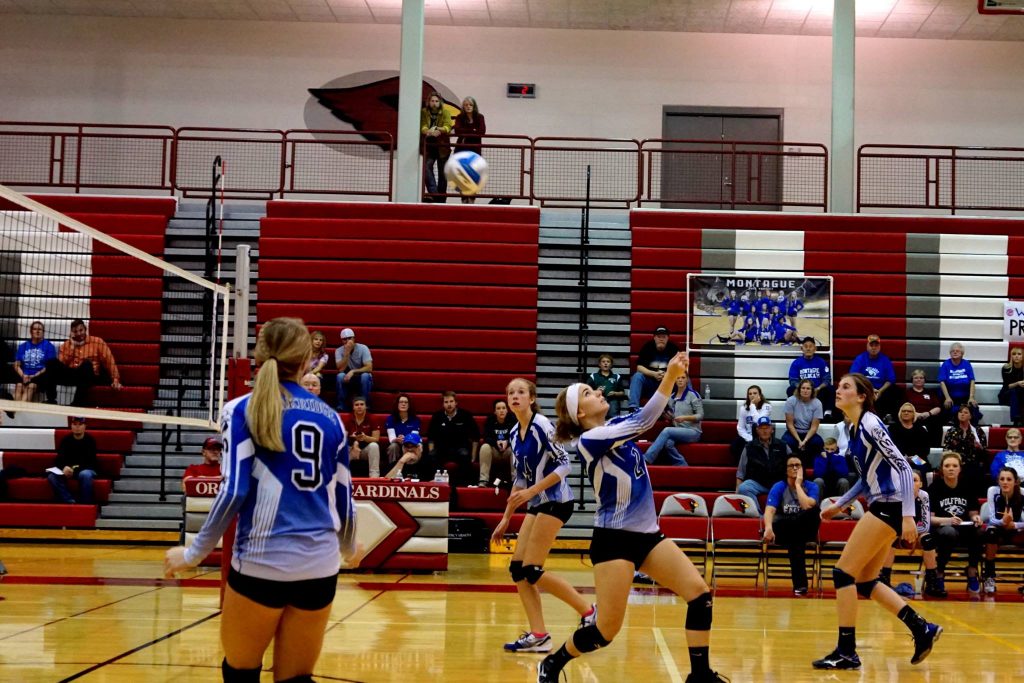 Gracie Reinhold gets ready for the Oakridge return. Photo/Leo Valdez

The Eagles responded with three straight points to cut their deficit to 14-10, but Montage recovered by scoring seven of the next nine points to take a 21-12 lead.

The Wildcats finished off the set with pair of kills by Bobian and an Oakridge miscue.

In the second set, Oakridge overcame an early 3-0 disadvantage with a 9-3 tear to take a 9-6 lead, thanks to a strong service run by Sarah Butler.

The Eagles scored the next four points to cut their deficit to 24-19, but Montague nailed down the win with a kill from Flagstead.

The Wildcats continued to roll during the third set, opening with a 12-2 advantage on long service runs from Roesler and Anna Olson. They built a 19-3 lead, then ended the match scoring six of the final 13 points.

Flagstead capped off the action with a strong block in front of the net.

“They are tough,” said Oakridge Coach Kim Hanson about the Wildcats. “We’re a young team that will be ready to play next year.”

The Eagles, who finished their season with a 34-13-5 record, were led by Lanessa Meyers with six kills, Kaley Pascavis with 17 digs and Butler with 11 assists. 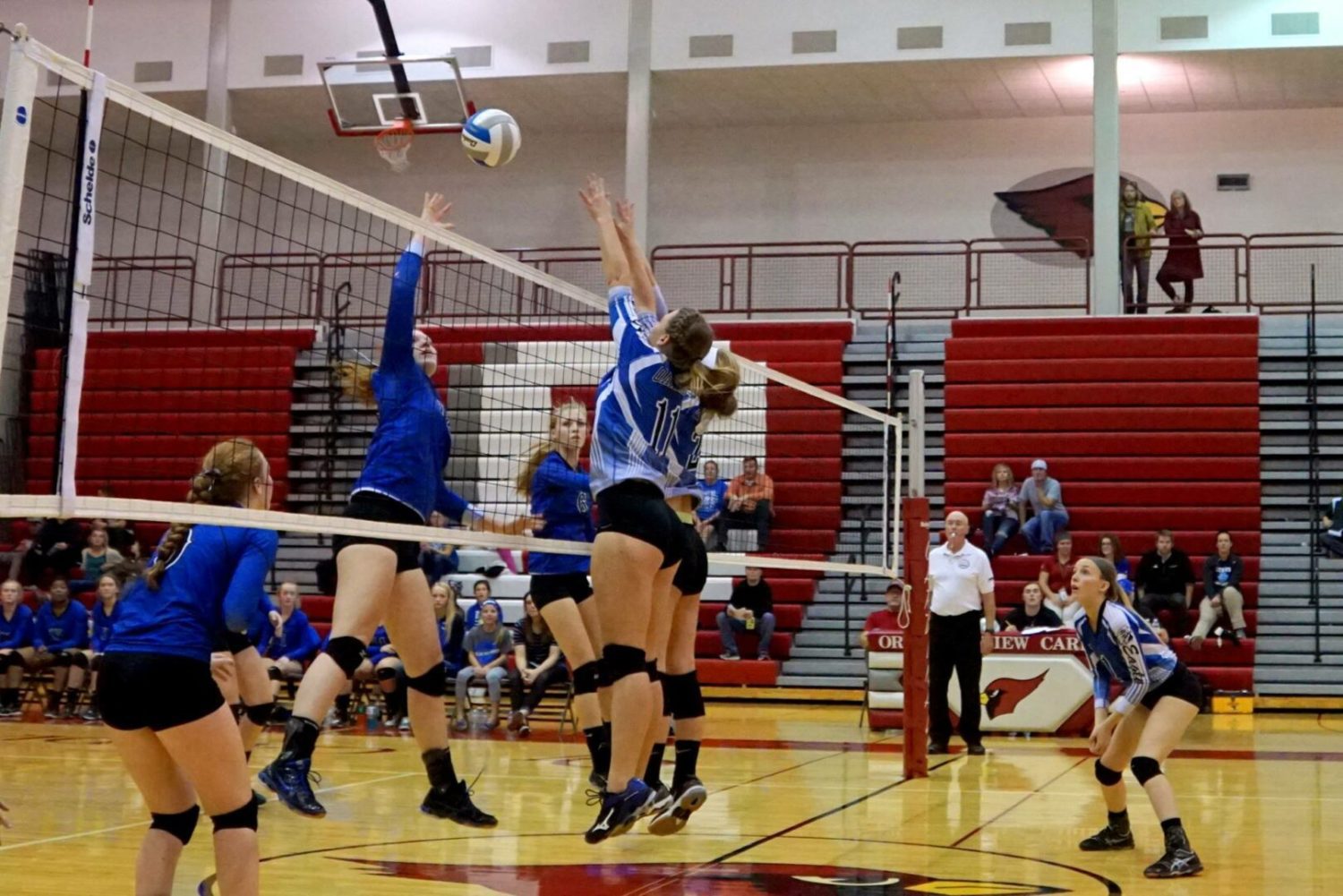 Montague’s Emma Flagstead sends the shot just out of Oakridge at the net. Photo/Leo Valdez 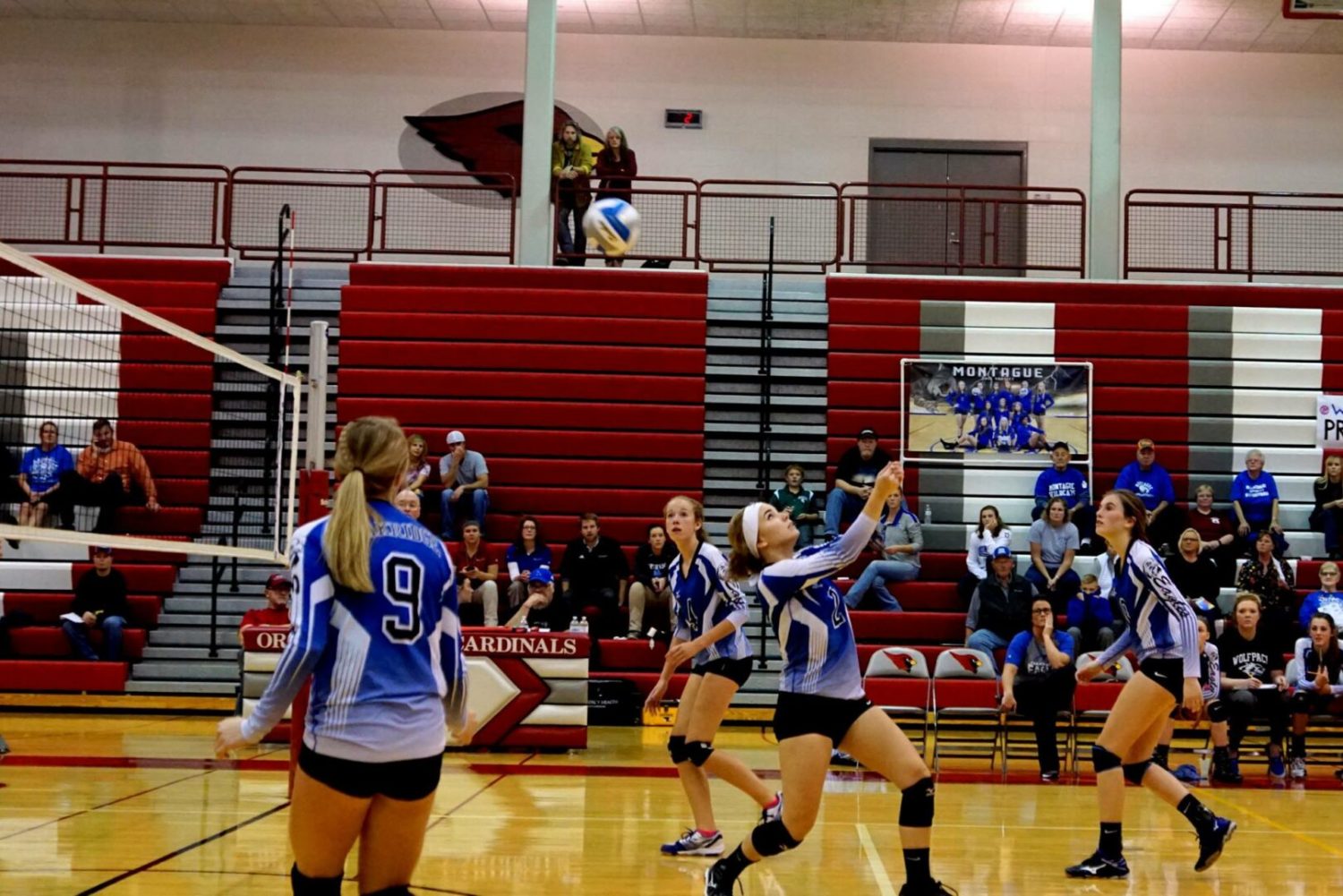 Gracie Reinhold gets ready for the Oakridge return. Photo/Leo Valdez