MUSKEGON TOWNSHIP – On paper, the Muskegon boys basketball team turned in its most complete performance of the season on Wednesday.

But their coach, Keith Guy, said there is still a lot of room for improvement after the Big Reds’ 68-45 win over East Kentwood in the 15th Annual Muskegon Area Sports Hall of Fame Classic tournament at Reeths-Puffer High School.

“I don’t think we played particularly well,” said Guy, whose team improved to 3-0 on the season. “I didn’t think the energy was where it should have been after being off for eight days. I am these guys’ worst critic. 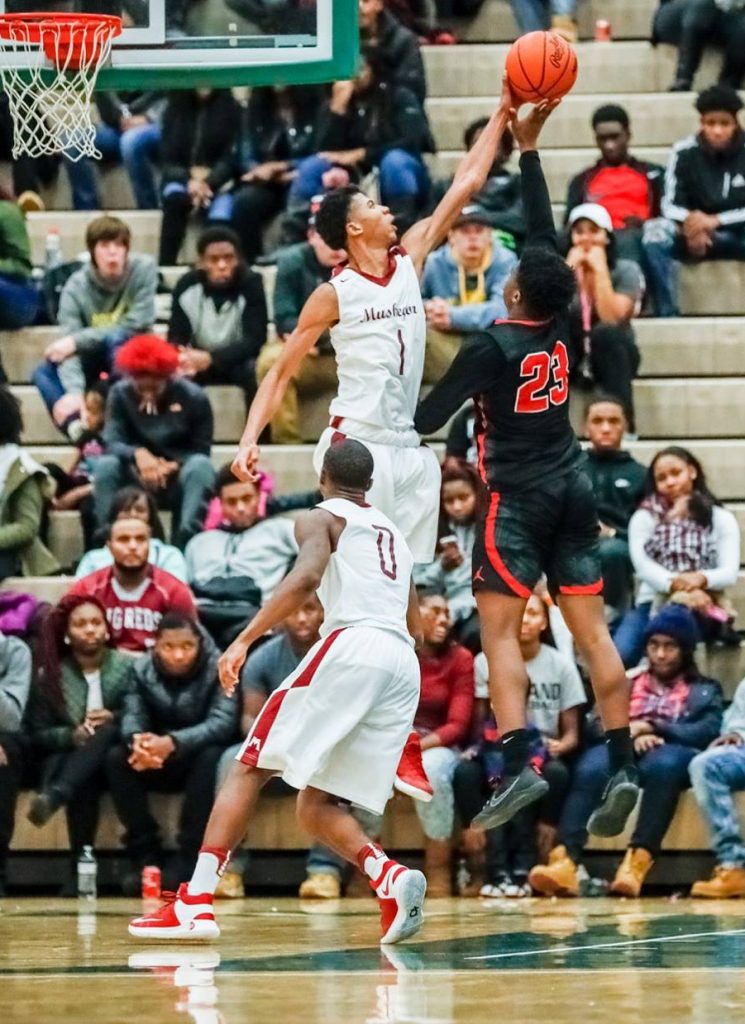 Muskegon’s Markell Jackson followed up last week’s impressive triple-double performance with a double-double on Wednesday, recording 13 points and 11 rebounds to go along with five blocks and four assists.

The Big Reds used a balanced scoring attack to keep the game in control from start to finish.

Anthony Bethea had a double-double of his own for Muskegon with a team-high 15 points and 12 rebounds. Sam Cornett added 13 points while Amari Saucier chipped in 11.

The battle on the glass was key for Muskegon. The Big Reds had a big 36-21 edge in rebounding, and had 20 second-chance points, compared to two for the Falcons.

Muskegon led 18-8 after one quarter after holding the Falcons to two field goals. Jackson scored seven of his 13 points in the first eight minutes.

The Big Red defense was suffocating in the second quarter, allowing only six points and stopping East Kentwood from scoring a field goal in the final seven minutes before halftime.

Tough defense had been an early-season strength for the Big Reds, who have only played three games and are still developing their offense.

“On the perimeter, our length and athleticism wreaks havoc for a lot of teams,” Guy said about his team’s defense.

The third quarter was all Bethea, who poured in eight of his 15 points. The Big Reds cleared their bench and cruised to the easy victory in the fourth quarter. 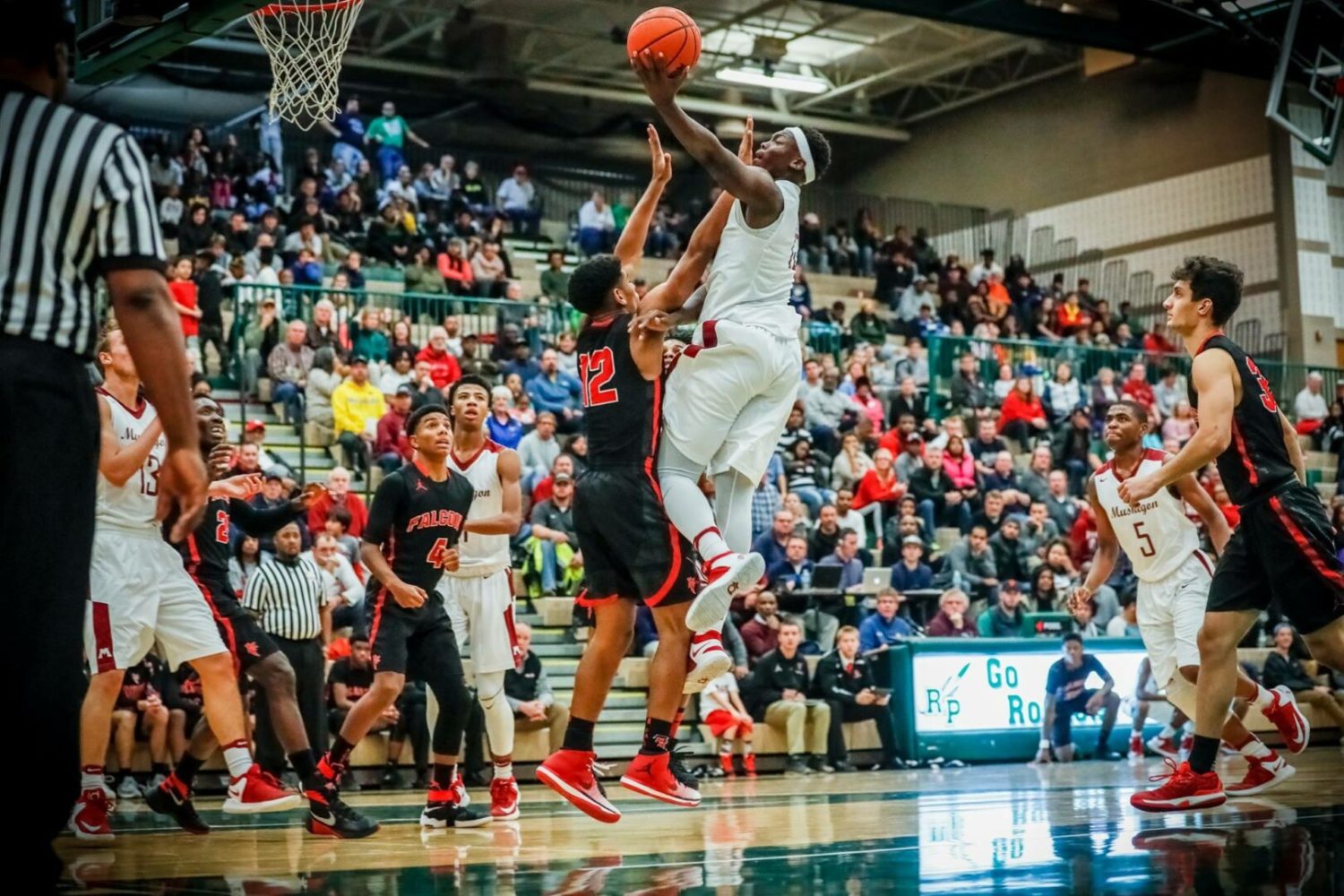 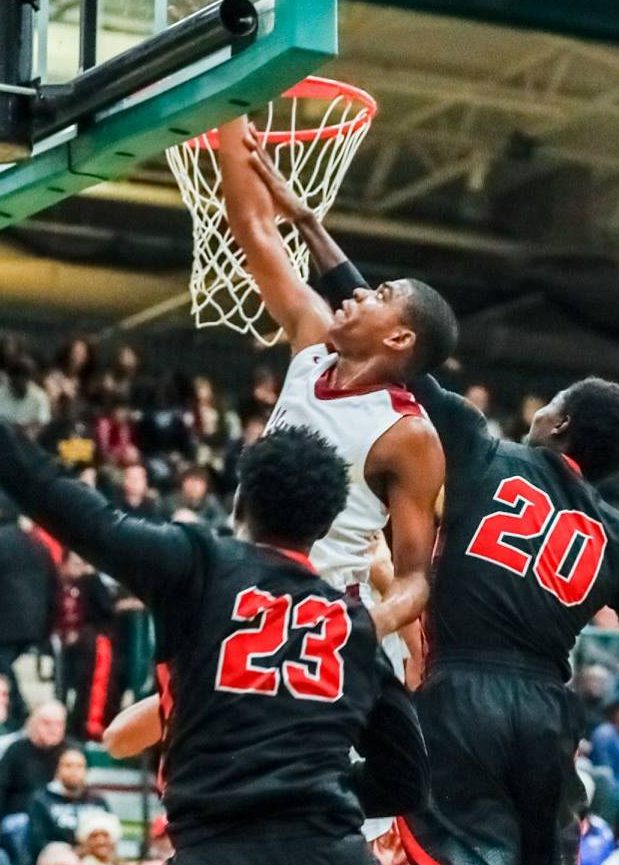 Jermane Golidy gets to the hoop for Muskegon. Photo/Tim Reilly 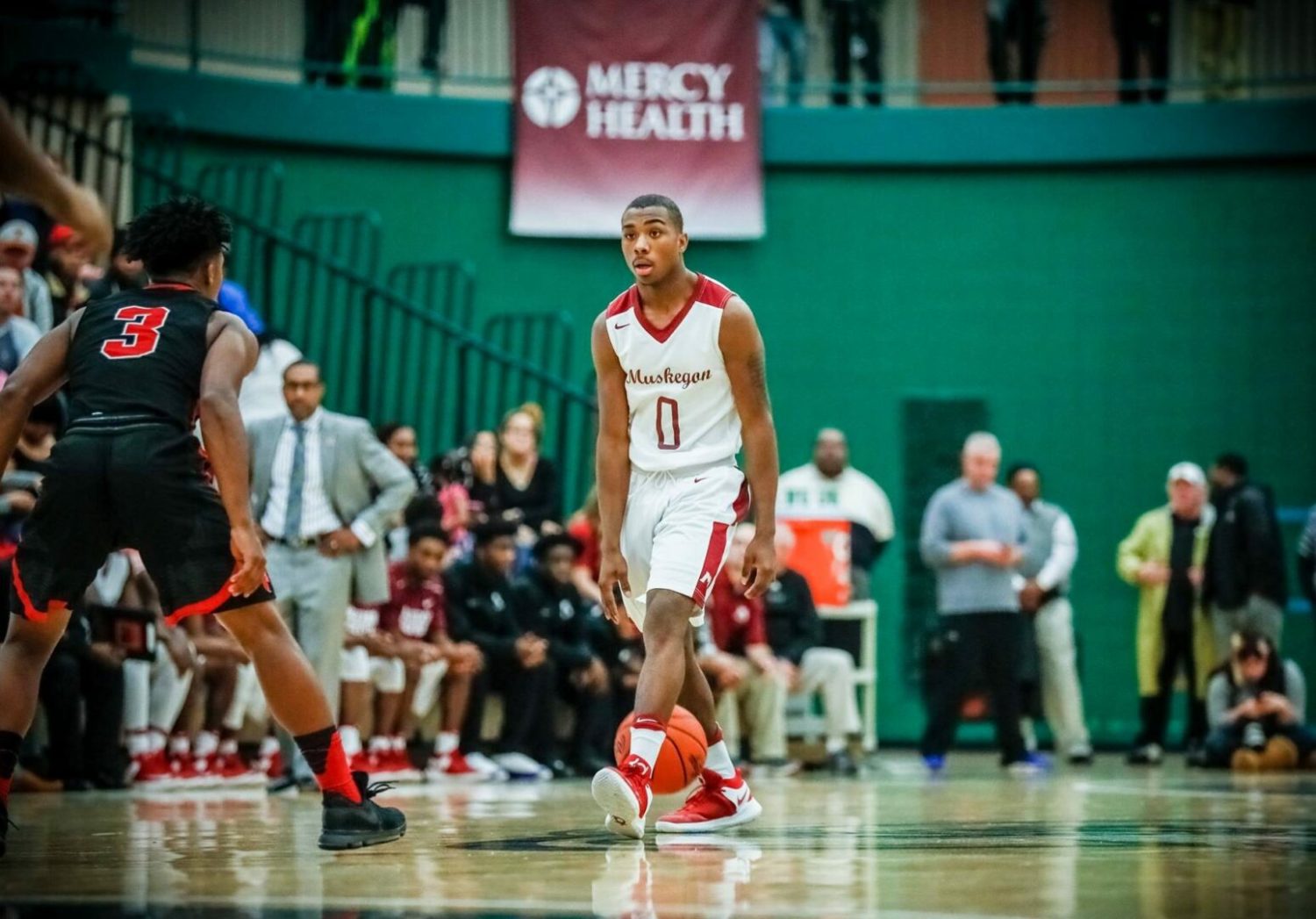 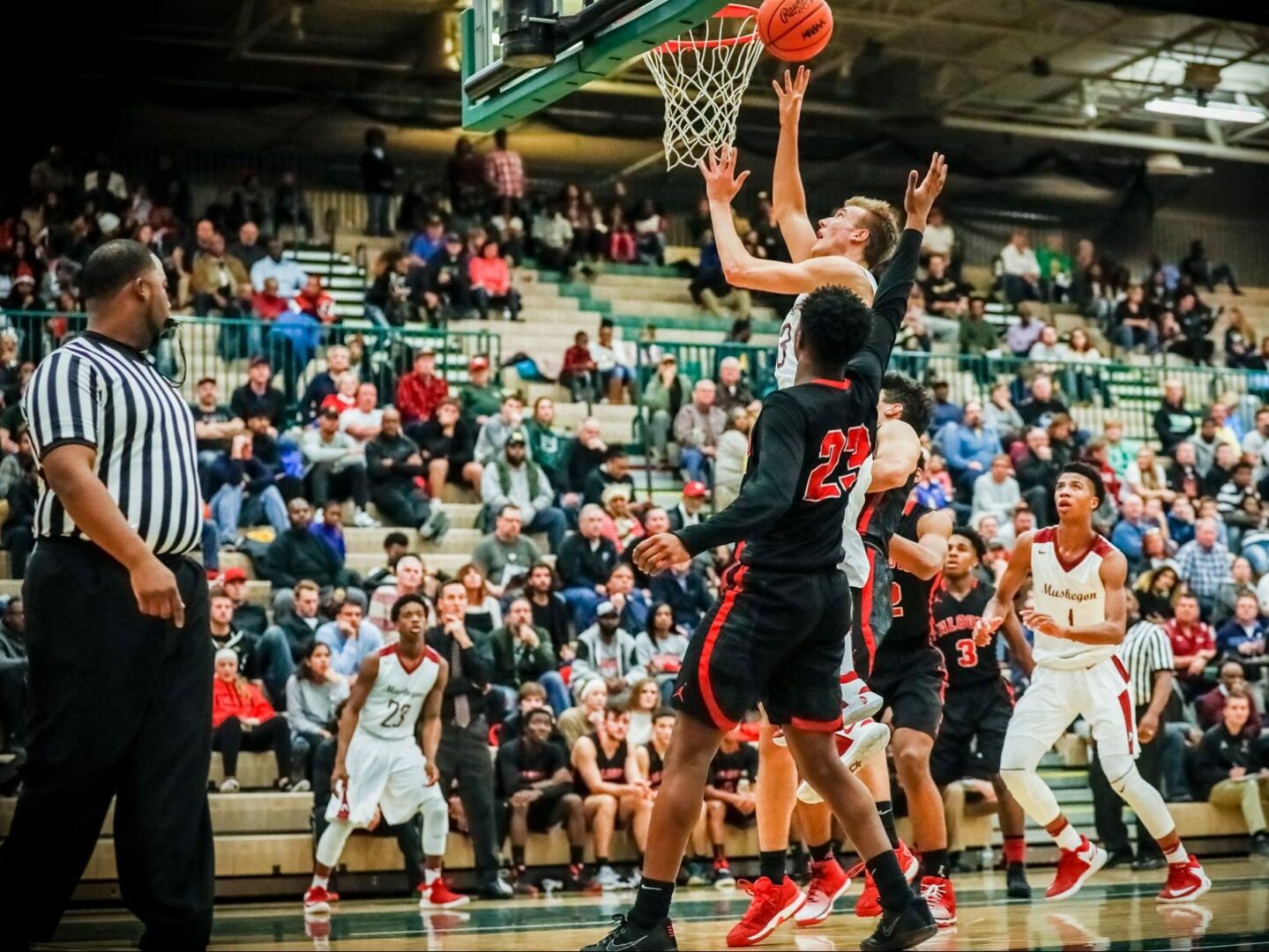 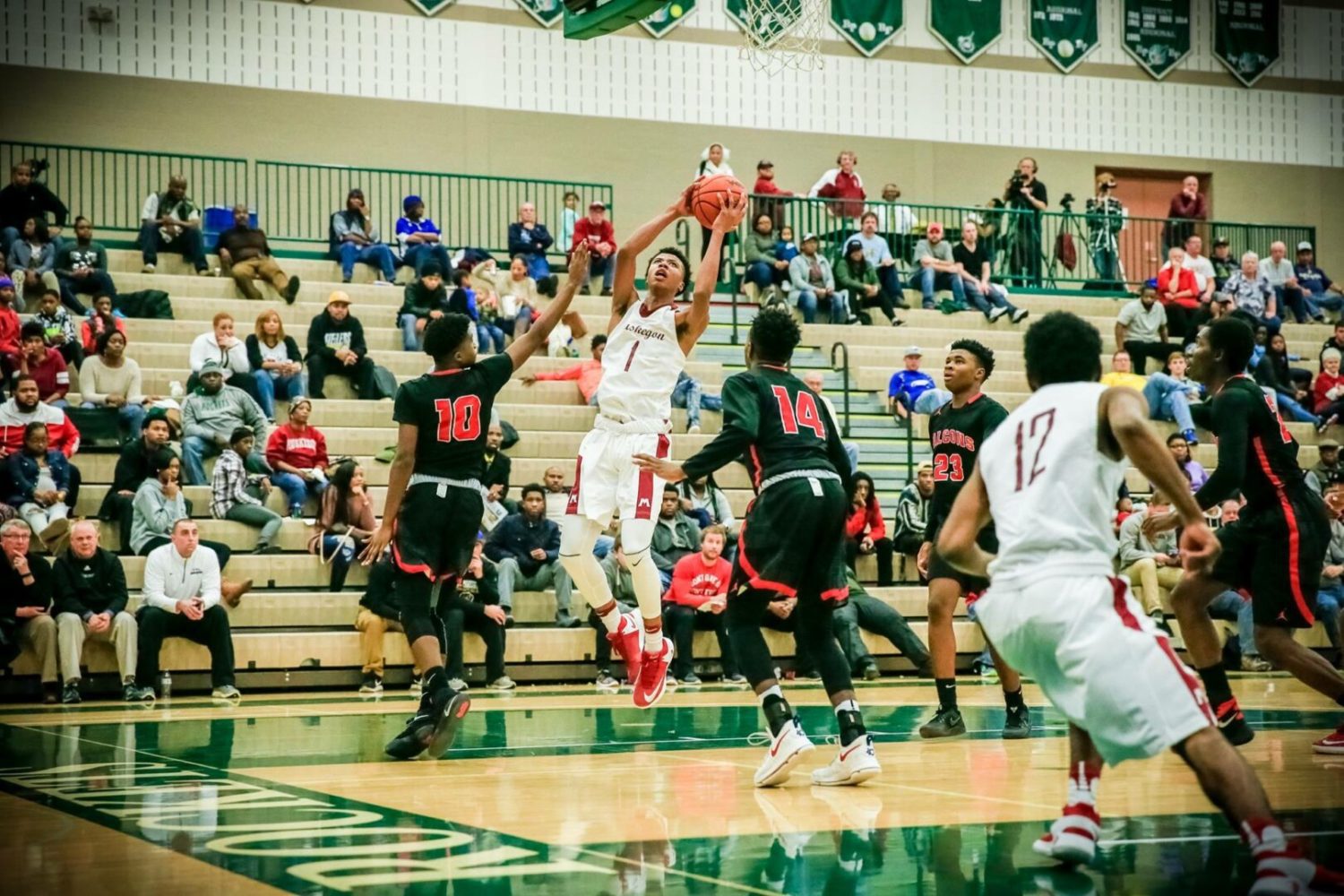 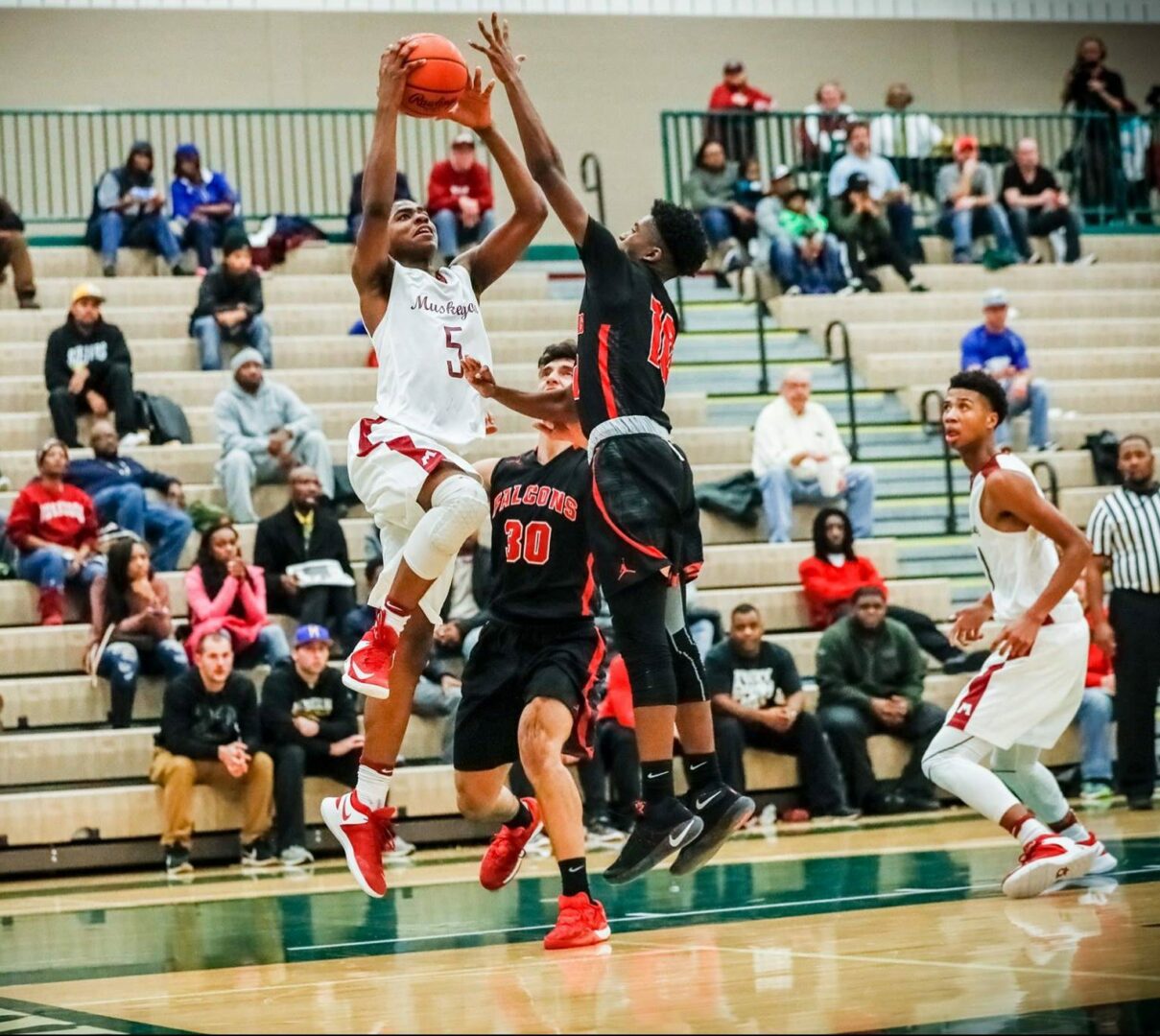 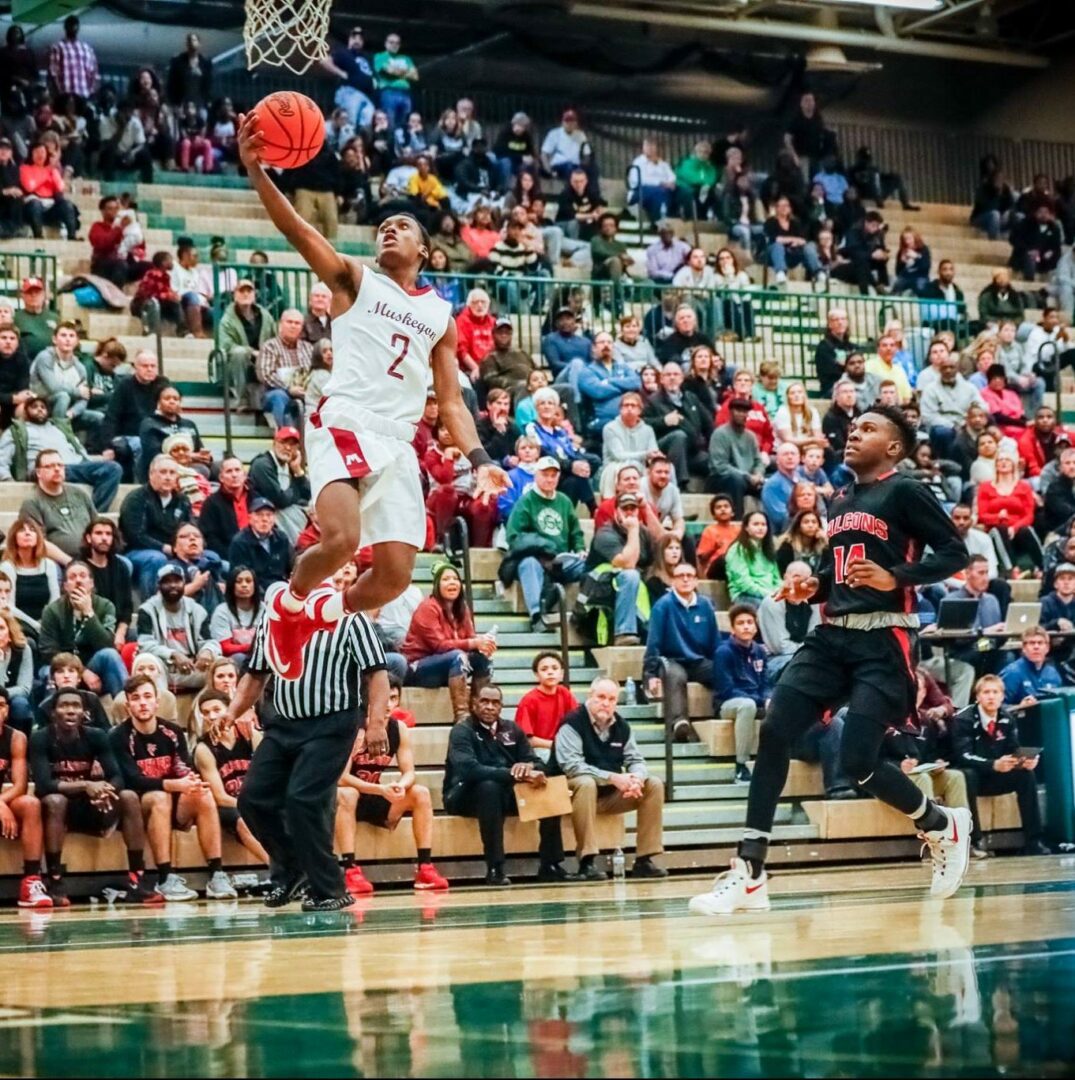 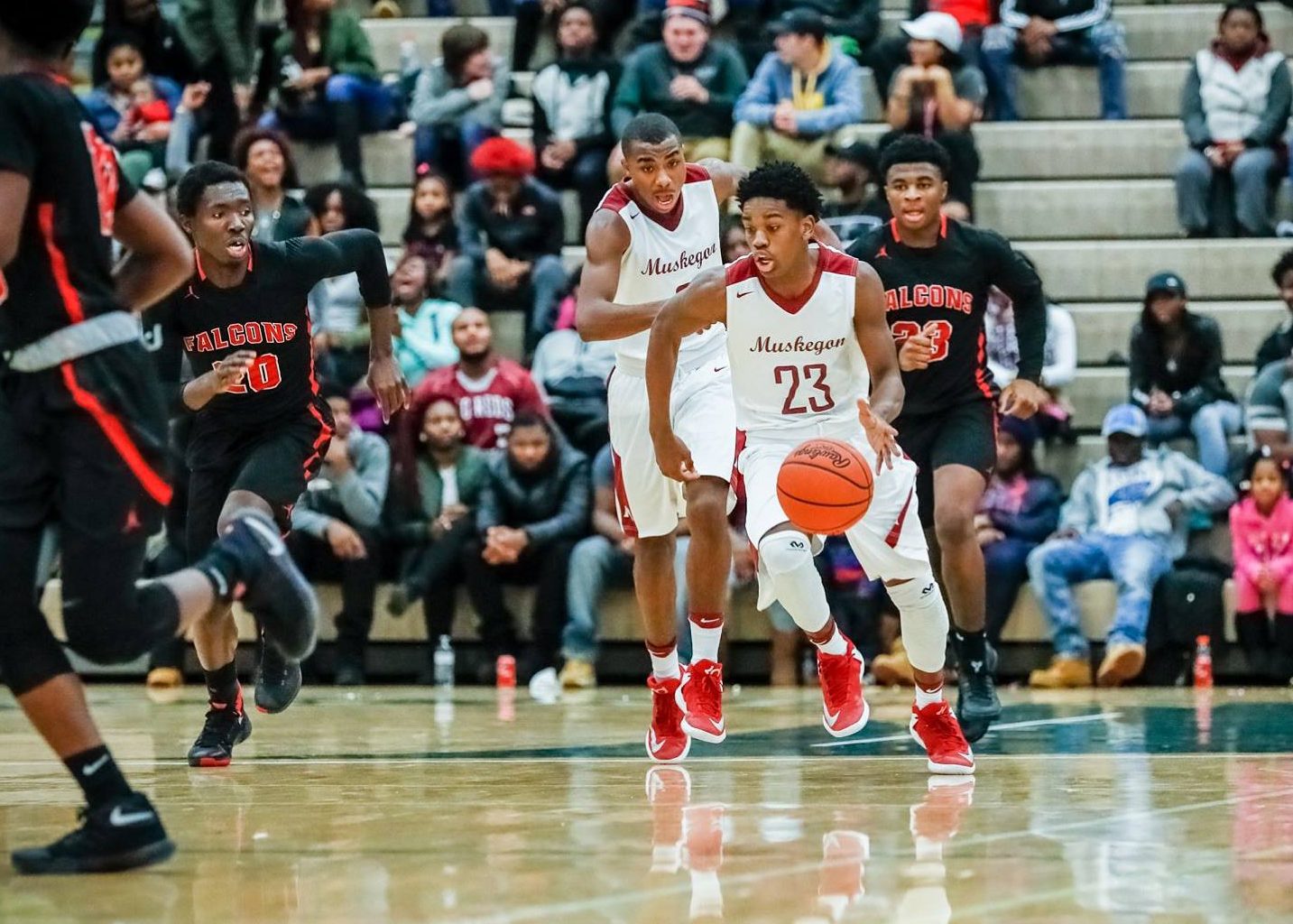 Clinton Jefferson brings the ball up the floor for Muskegon. Photo/Tim Reilly 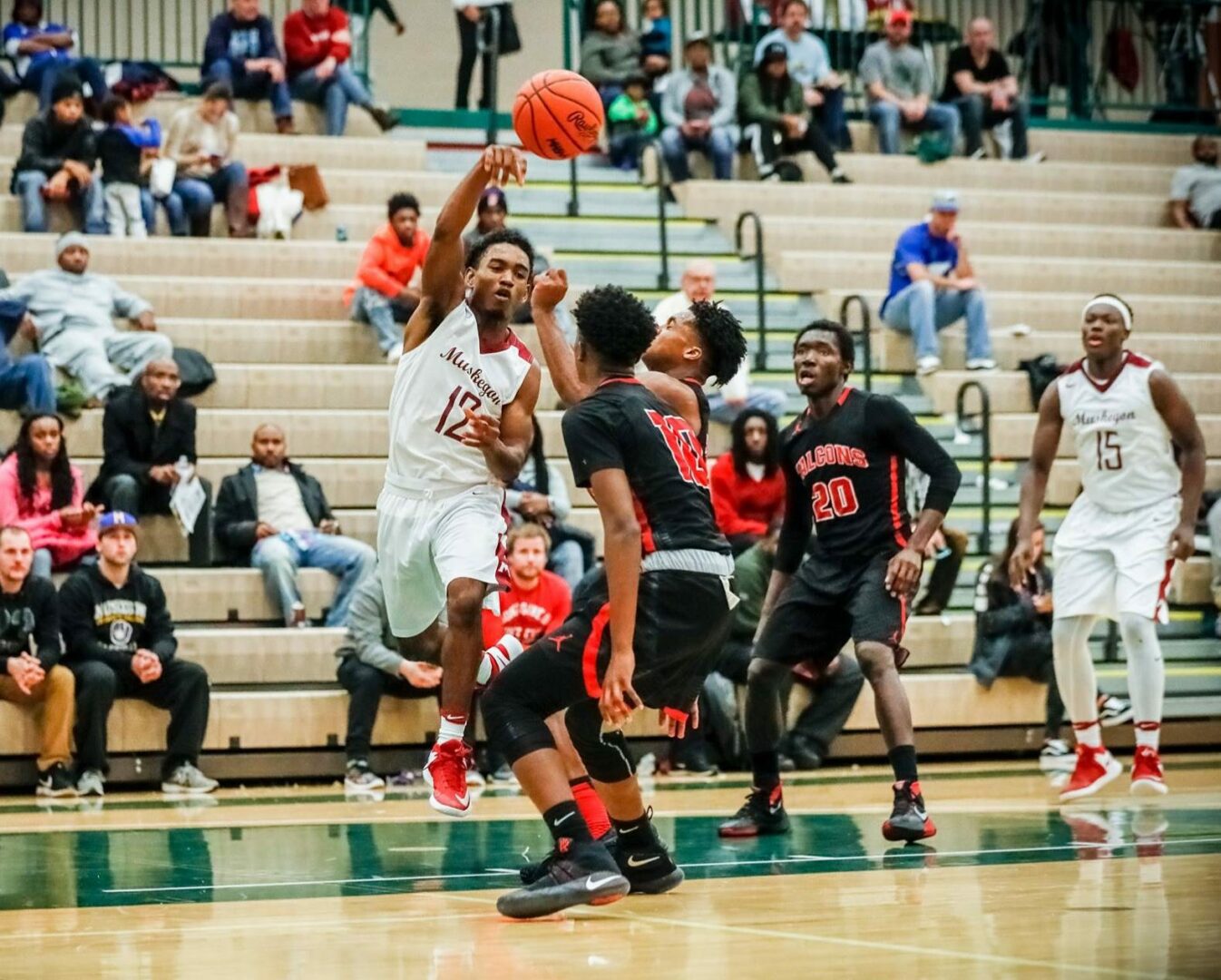