WHITEHALL – The Shelby girls basketball team never has to worry too much in close games, as long as junior standout Jenny Beckman is on the court.

The Tigers led a scrappy Whitehall squad by only four points at halftime on Thursday in a West Michigan Conference matchup. 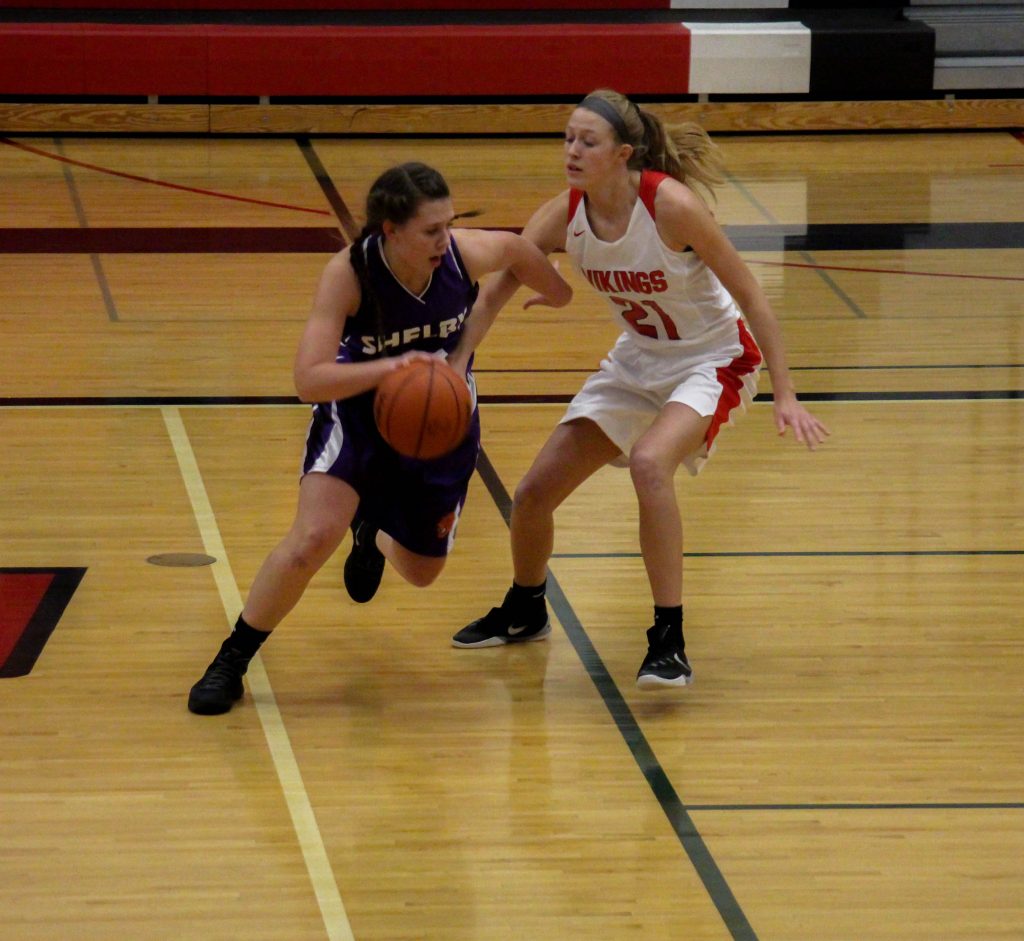 But Shelby took control in the third quarter, when Beckman scored eight of her game-high 23 points, and ended up claiming a 55-38 victory.

Shelby improved to 3-1 on the season and 2-0 in league play. Whitehall dropped to 1-3 overall and 0-2 in the conference.

“She (Beckman) is attacking the hoop more and more,” said Shelby Coach Sarah Wolting, who noted that Beckman scored six of her points from the free throw line. “She is a great free throw shooter, so we need her to get to the line more.”

The Vikings struck first with a basket by Julie Brown one minute into the game to give Whitehall its lone lead of the night.

Shelby responded by scoring 10 of the next 12 points to take a 10-4 lead after one quarter.

The third quarter was the big difference in the game.

Whitehall scored the first two points to make the score 20-18, then the Tigers came to life with a 21-1 tear to take control of the contest.

Whitehall’s Brown, who had a team-high 16 points and added 15 rebounds, was forced to hit the bench with 4:53 left in the third quarter after picking up her fourth personal foul. 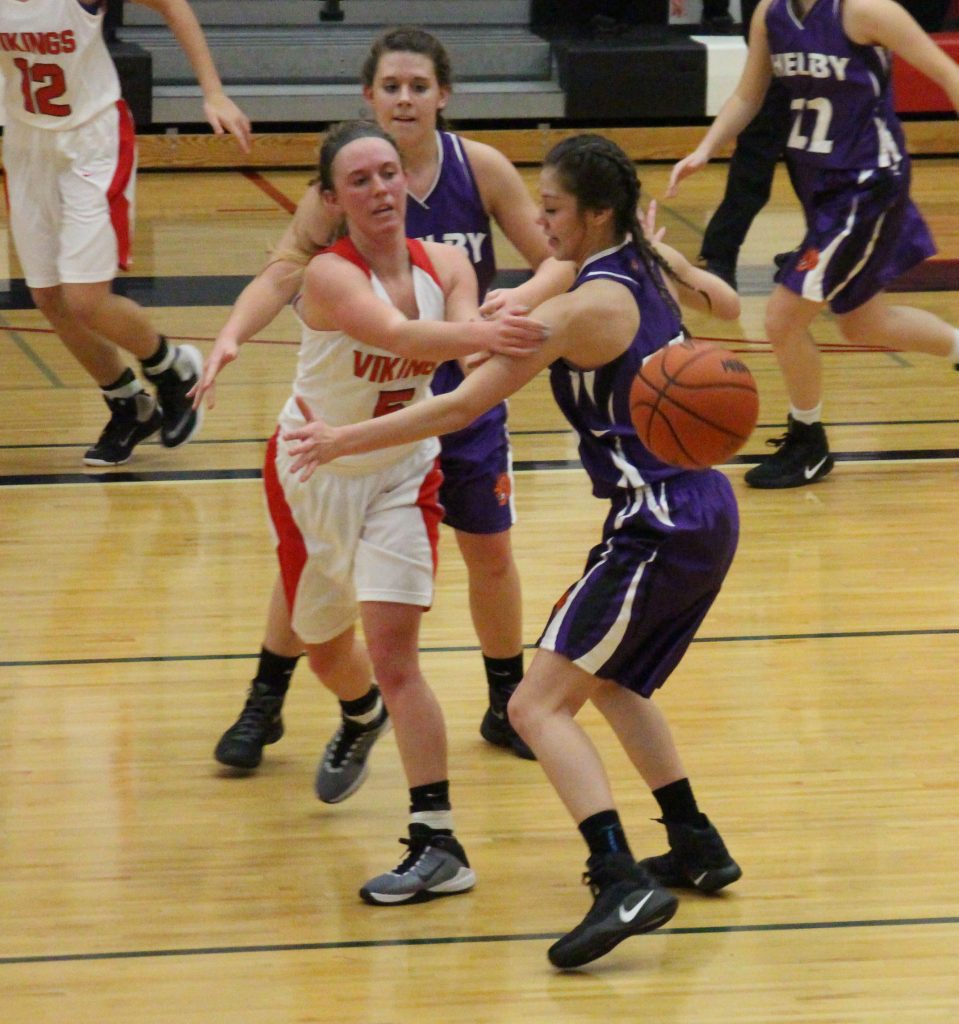 Shelby took advantage of Brown’s absence, outscoring the Vikings 14-1 during that time.

“We changed our defense a little bit,” Wolting said. “I think that caused a little bit of havoc for Brown. It definitely helped having her out of the game.”

Whitehall struggled with ball control throughout the contest, turning the ball over 34 times. Shelby had 18 turnovers.

“It’s disappointing,” said Whitehall Coach Derek Westerlund. “I really feel we can compete, and even beat these types of teams, but we are still young and still learning.

“I thought we did well with being tough, but obviously the turnovers just killed us, and we are learning who wants the ball and who doesn’t.”

Tori Mussell posted a double-double for Shelby with 13 points and 16 rebounds while Jaren Smith chipped in with six assists. 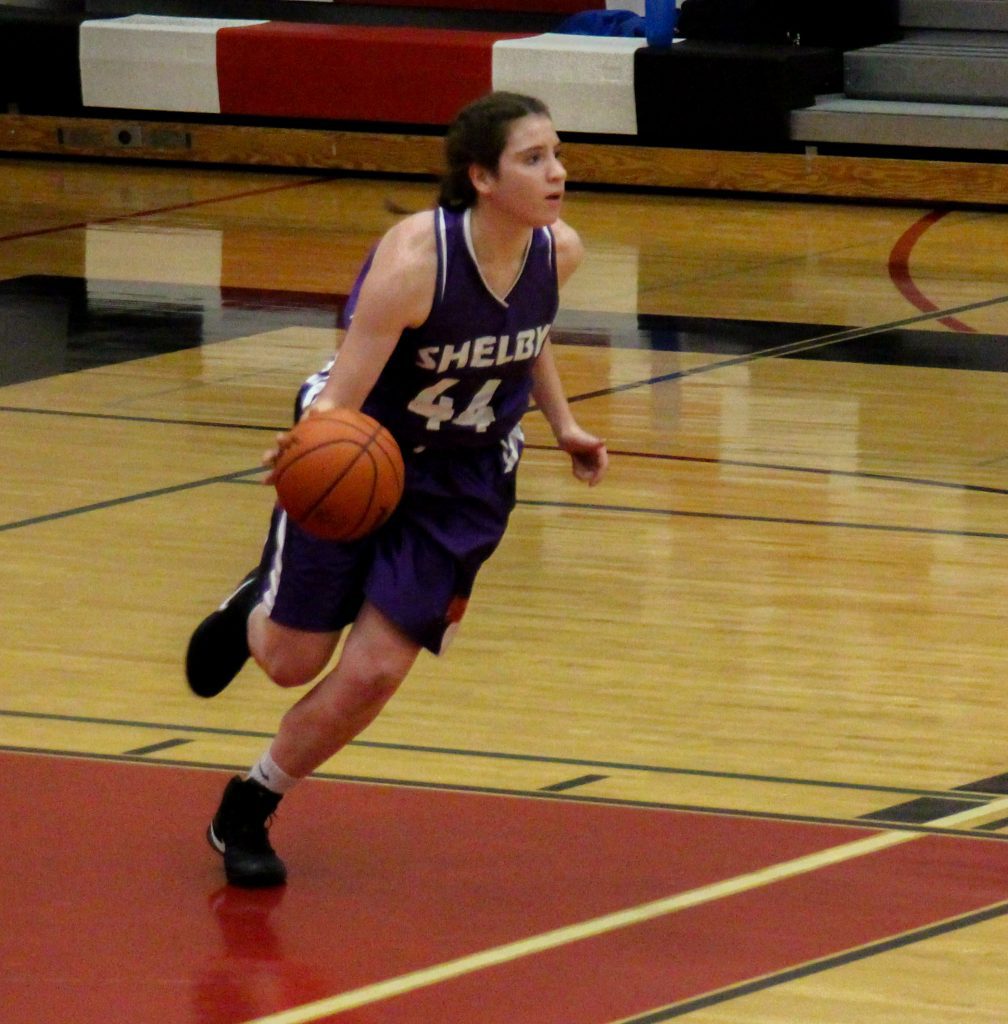