MUSKEGON – When you’re playing an explosive team like the first-place Chicago Steel, it’s wise to limit their scoring opportunities.

It also helps to have your top scorers in the lineup.

The Muskegon Lumberjacks fell short on both fronts on Saturday night and dropped a 5-1 decision to the Steel in front of 2,425 fans at L.C. Walker Arena.

Two former Lumberjacks had big games for the Steel. Derek Dascke, who was traded to Chicago a few weeks ago, was the No. 2 star in the game with a goal and an assist. Graham Lillibridge, who played for Muskegon last season, registered three assists.

Muskegon returns to action on Tuesday, Dec. 27 with a road game against the Youngstown Phantoms.

The Jacks came into the game hoping to gain ground on the first-place Steel, who they trailed in the standings by seven points. 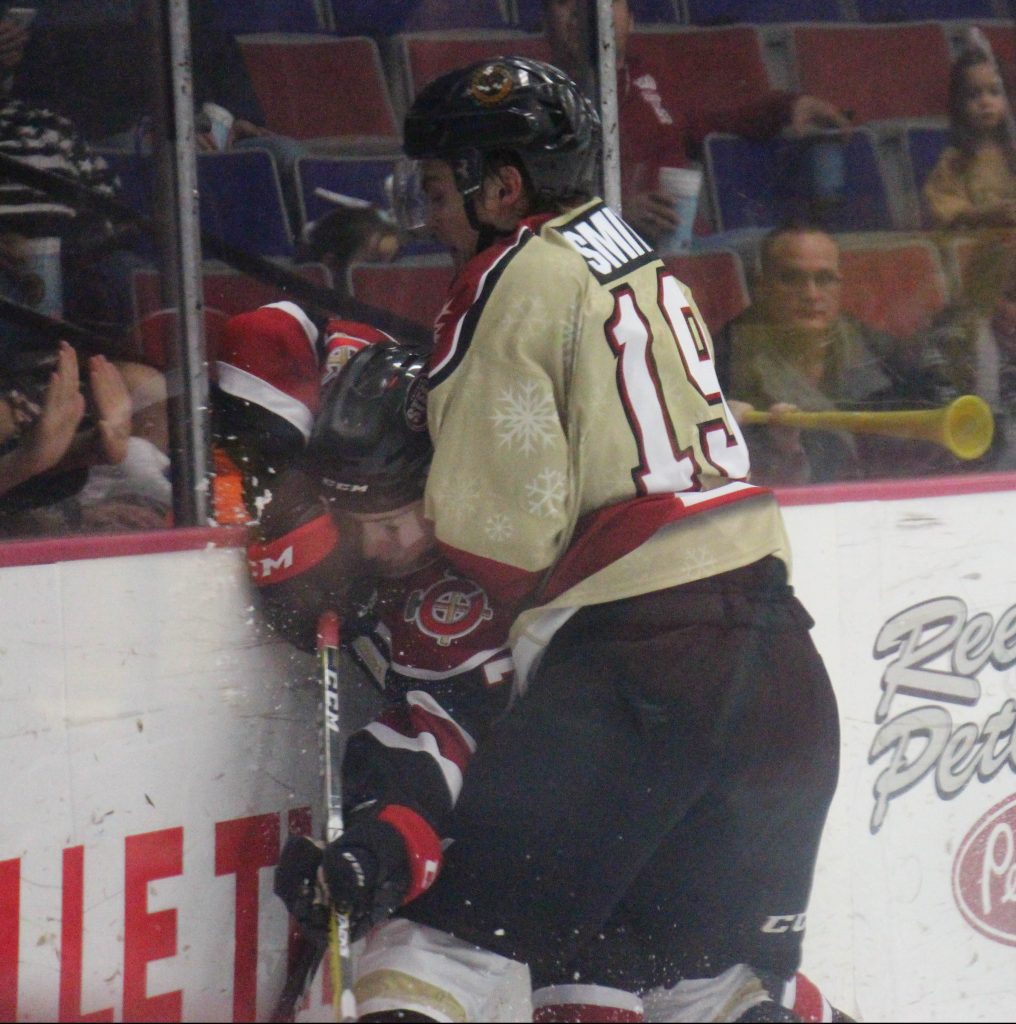 The contest was even for one period, with the two teams skating to a 1-1 tie. But then the Lumberjacks were hit with a rash of penalties and their hopes quickly unraveled.

Chicago scored four power play goals in the second and third periods. The Lumberjacks werehurt early in the third period when they received a five-minute major penalty for slashing and Chicago cashed in with two goals to put the game out of reach.

“They are the best defensive team in the league and one of the best offensive teams in the league,” said Lumberjacks Coach John LaFontaine, whose team was playing Chicago for the first time this season. “It is tough to play from behind.”

The Lumberjacks were also hurt by the absence of their two leading scorers – forwards Collin Adams and Andrei Svechnikov, who have been out of the lineup while competing in the World Junior A Challenge tournament in Canada.

But as LaFontaine noted, Chicago also has several key players in the international tournament. And the Lumberjacks had opportunities to score, with a 30-28 advantage in shots. 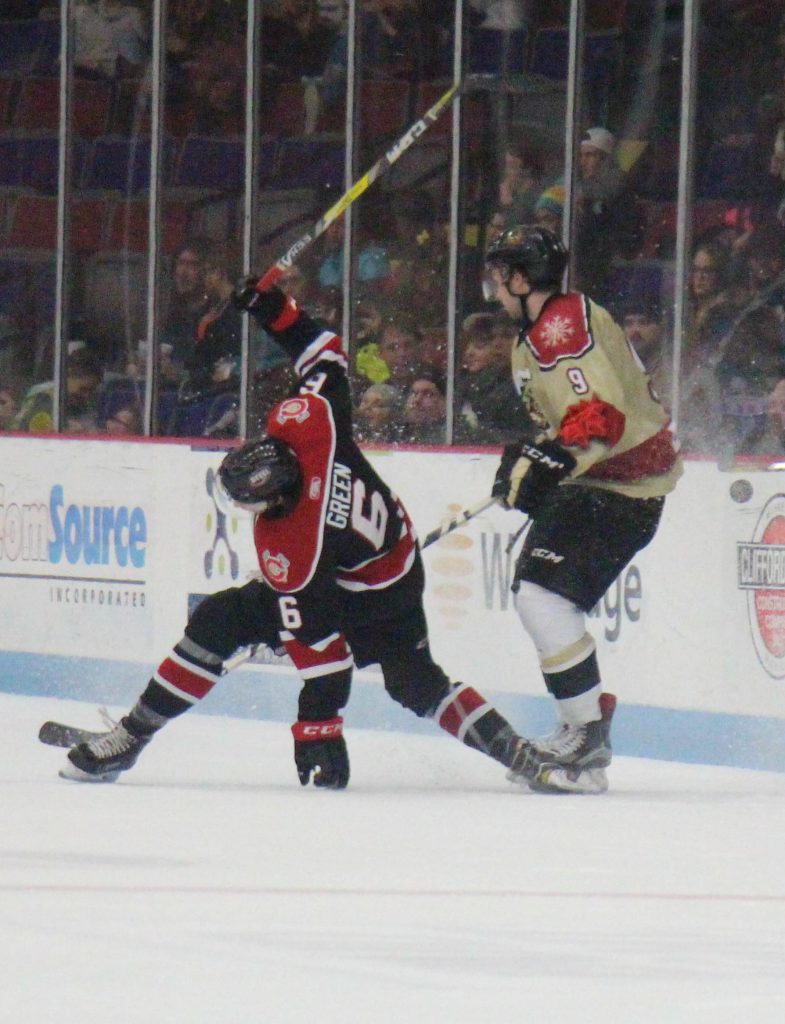 “We are missing a couple of players, but they had players out as well, so it’s even,” LaFontaine said. “We had good shots, but we did not defend the way we needed to defend. Four power play goals against, that’s the game right there.”

The Steel opened the scoring at the 9:46 mark of the first period on a goal by Daschke.

The Lumberjacks tied the game 1-1 on a goal by Anthony Del Gaizo 14:02 into the first period. Garrett Van Wyhe notched the lone assist on the tally.

Chicago’s Eduards Tralmaks scored two second-period power play goals, at the 6:47 and 12:51 marks, respectively, to give the Steel a 3-1 advantage. 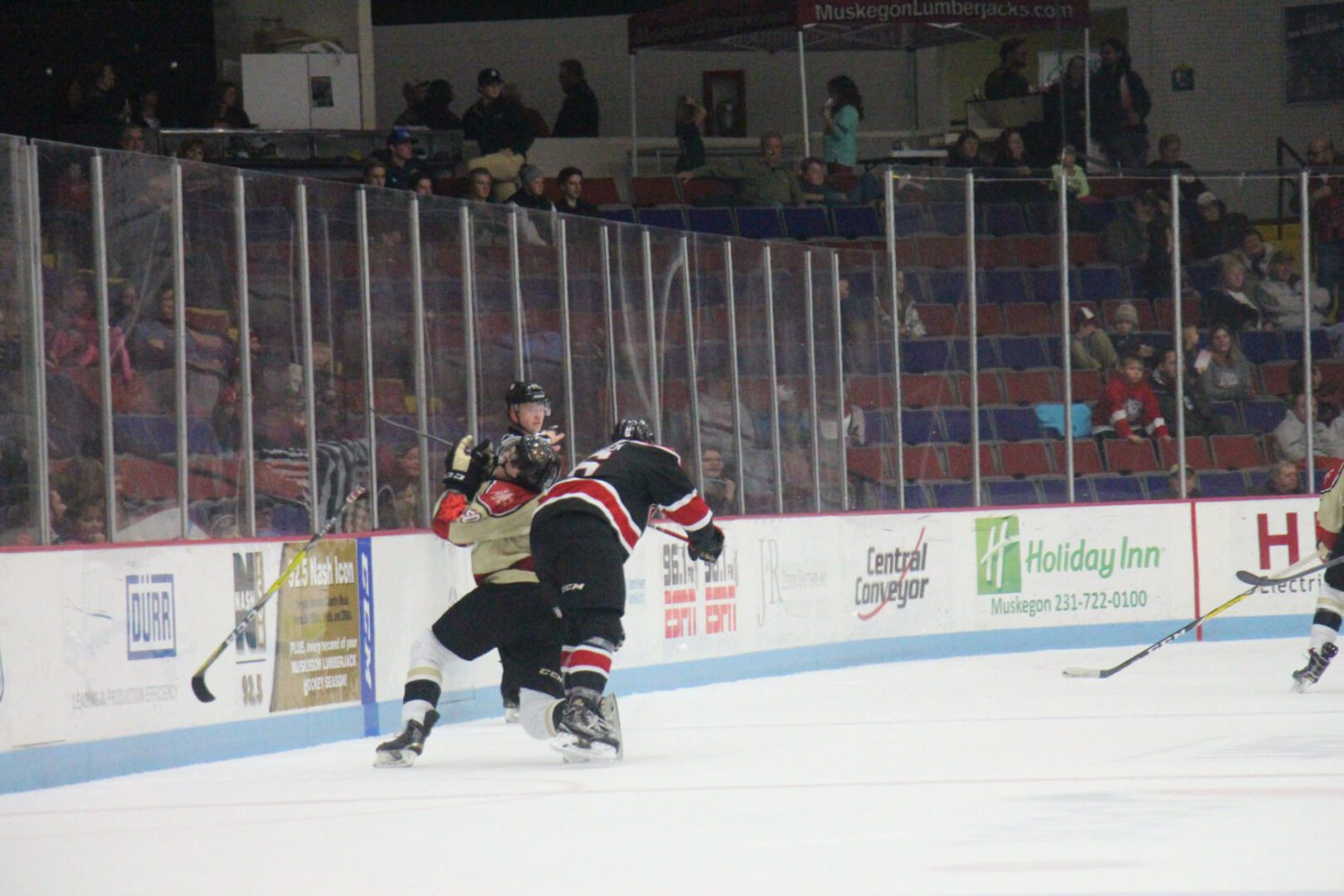 Koby Bender takes a stick to the face after Chicagos No. 6 Carson Green connects from behind. Photo/Jaosn Goorman 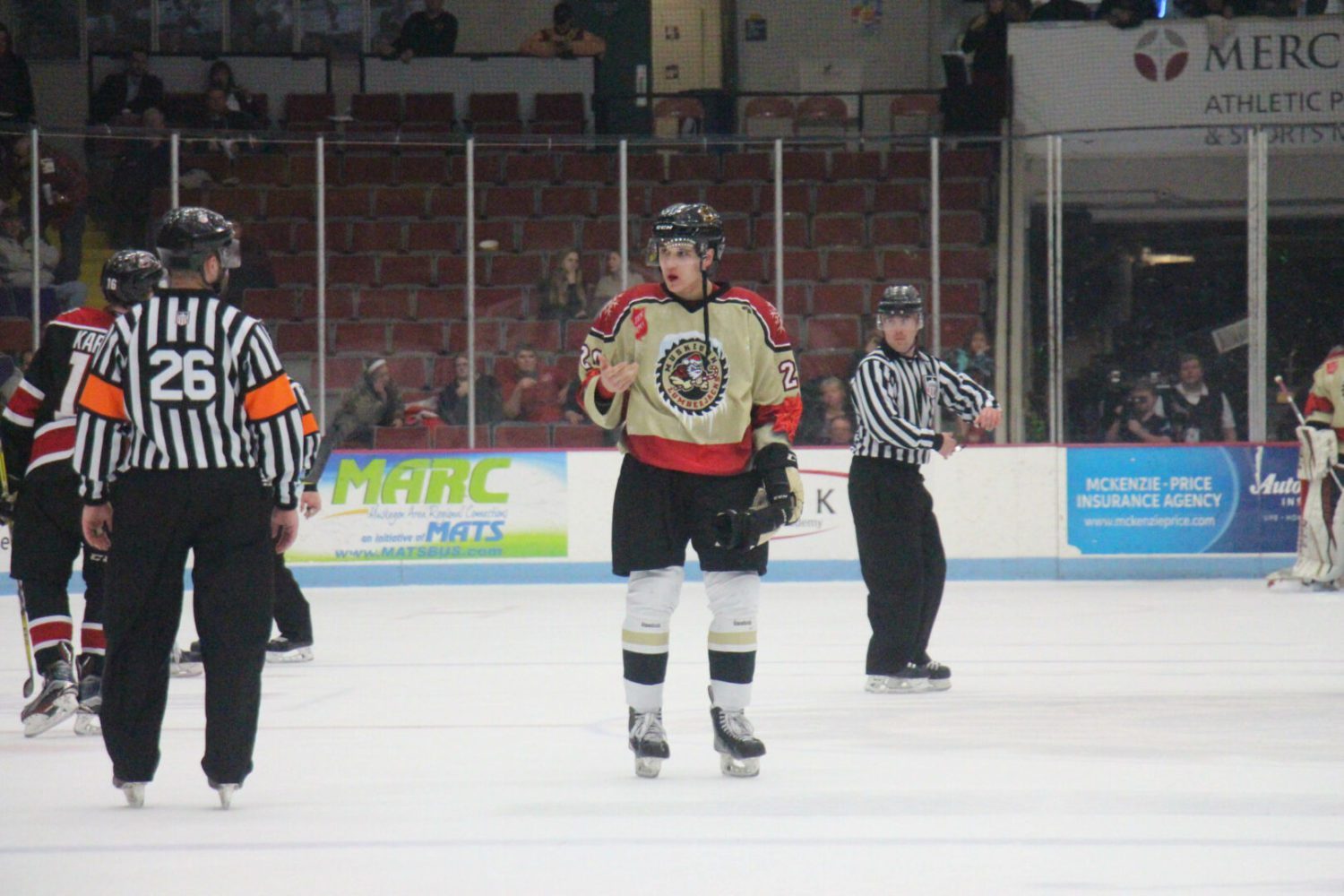 Koby Bender looks to the refferee after taking a stick to the face from Chicagos Carson Green. Photo/Jason Goorman 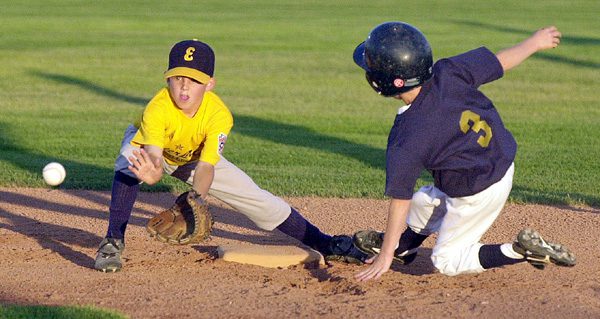