MUSKEGON TOWNSHIP – The Reeths-Puffer girls basketball team managed to play a strong 32-minute game for the first time this season, according to their

That’s bad news for their future opponents, because the Rockets are loaded with talent, depth and experience. If they keep playing up to their potential, many more wins should follow. 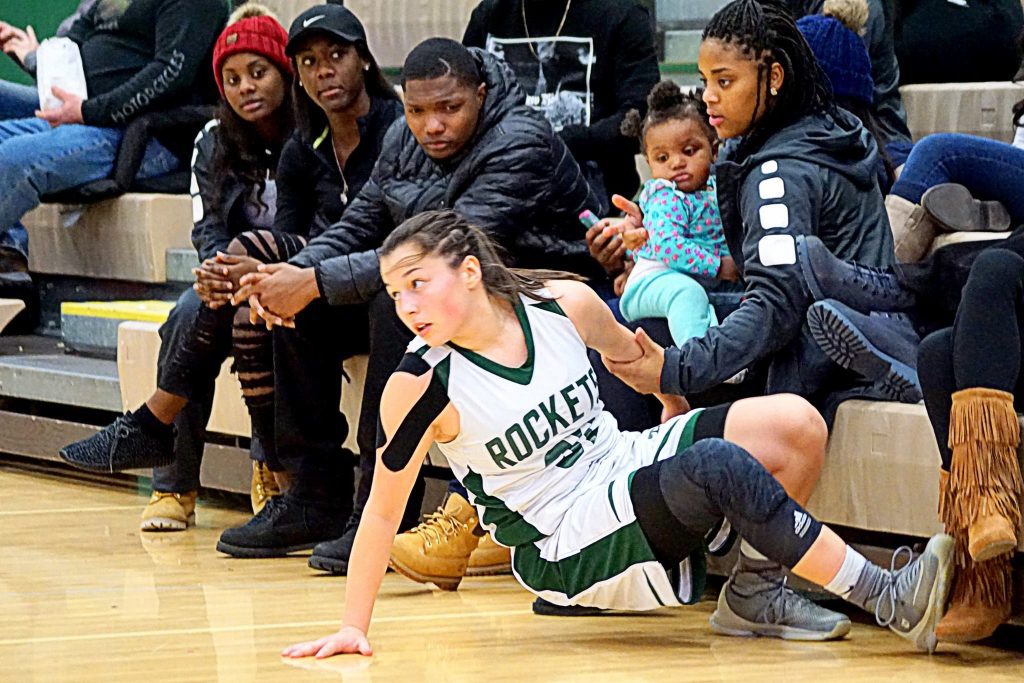 The Rockets cruised to a 61-33 victory over a good Oakridge team on their home court Wednesday in the opening game of the 15th annual Muskegon Area Sports Hall of Fame Classic basketball tournament.

Reeths-Puffer is now 4-1 on the season while Oakridge dropped to 5-2.

“It was nice to see them kind of gel for 32 (minutes) tonight,” said Reeths-Puffer Coach Brandon Barry. “We have only been playing a strong 16 minutes during the last four games.

“We played great team defense tonight, which was our focus without Sophia (Wiard) in the game for them.”

Wiard, a standout sophomore guard for Oakridge, missed the game due to a sore knee. She is expected to turn to the Eagles lineup soon.

“She could have played at 80 percent tonight,” said Oakridge Coach Terry DeJonge. “I figured it was in her best interest and the team’s best interest that she sits out and rests and hopefully she will be ready for next Tuesday. 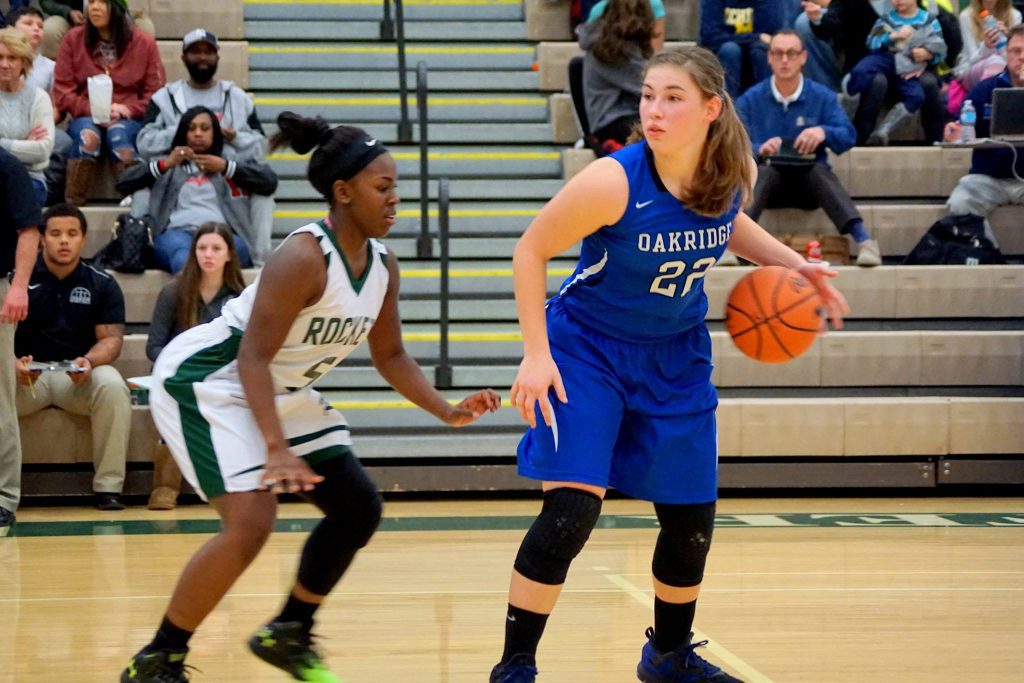 “We couldn’t get into much of a flow during the game tonight. This kind of defines where we currently are as a team.”

The Rockets’ defense was particularly strong during the second quarter, holding Oakridge scoreless.

Reeths-Puffer jumped out to an 18-11 lead after the first quarter, then outscored the Eagles by a 16-0 margin during the second frame to take a decisive 34-11 advantage at halftime.

The Rockets continued their success in the third quarter, outscoring Oakridge 14-9 to increase their lead to 48-20. Both teams scored 13 points each during the final stanza.

Barry was particularly happy with Ross, who plays more like an upperclassman than a brand new varsity player.

“I like the fact that she uses her body like she is a junior or senior on that wing,” Barry said. “She’s on a team with nine seniors and they have accepted her so well.” 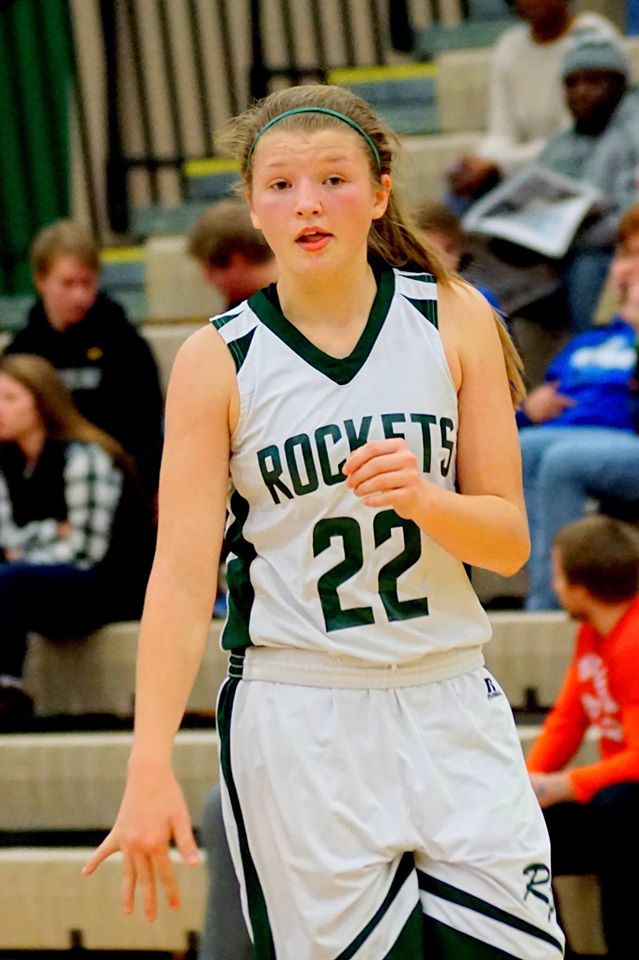 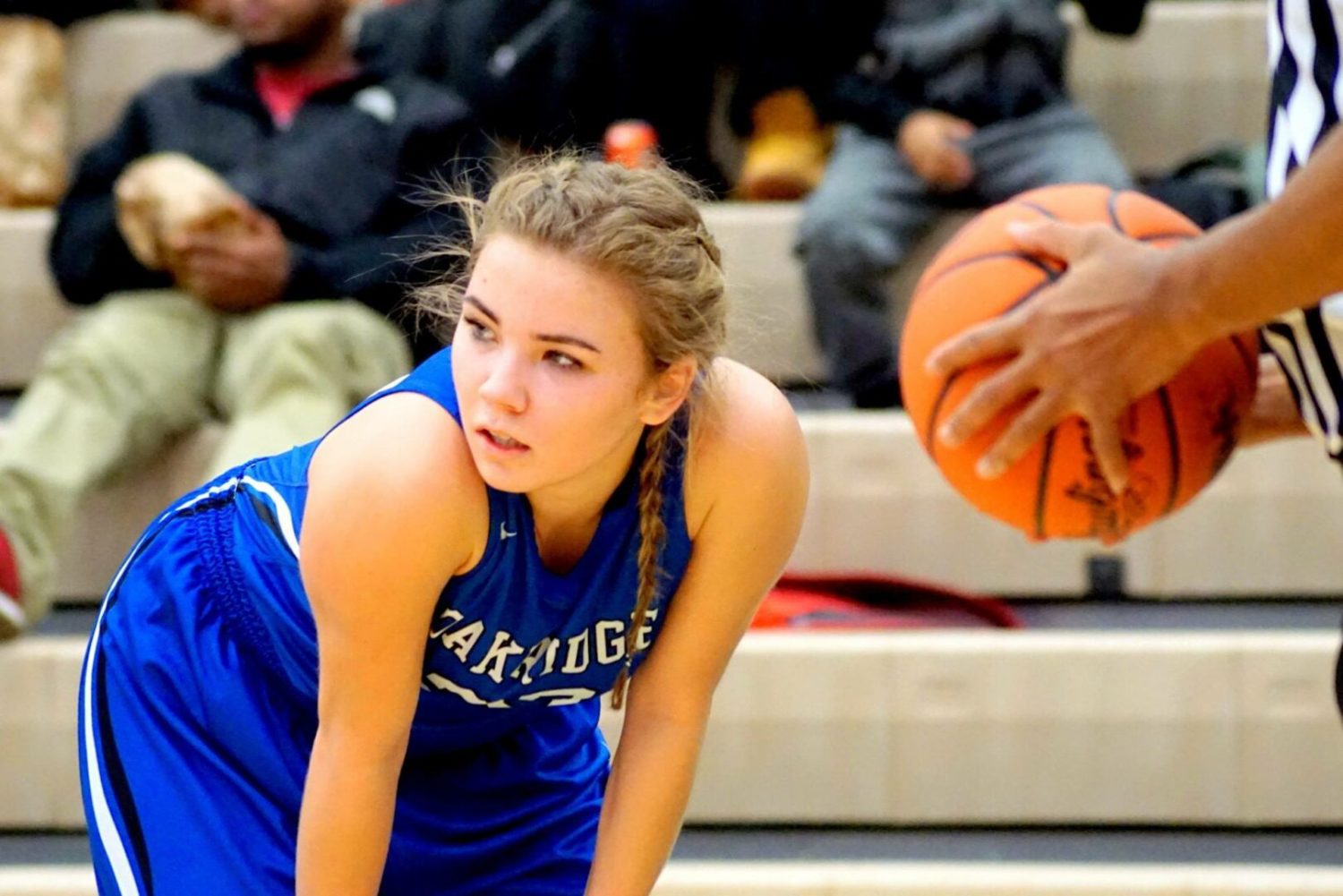 Grace Reinhold looks to the back court during a free throw. Photo/Leo Valdez