MONTAGUE – Results are unpredictable when cats and dogs square off in nature, and the same is true on the hardwood.

The Ravenna Bulldogs traveled north to face the Montague Wildcats in a game that figured to be pretty competitive, particularly since Ravenna came in with a 3-0 record, including an upset over traditional power Shelby last week. 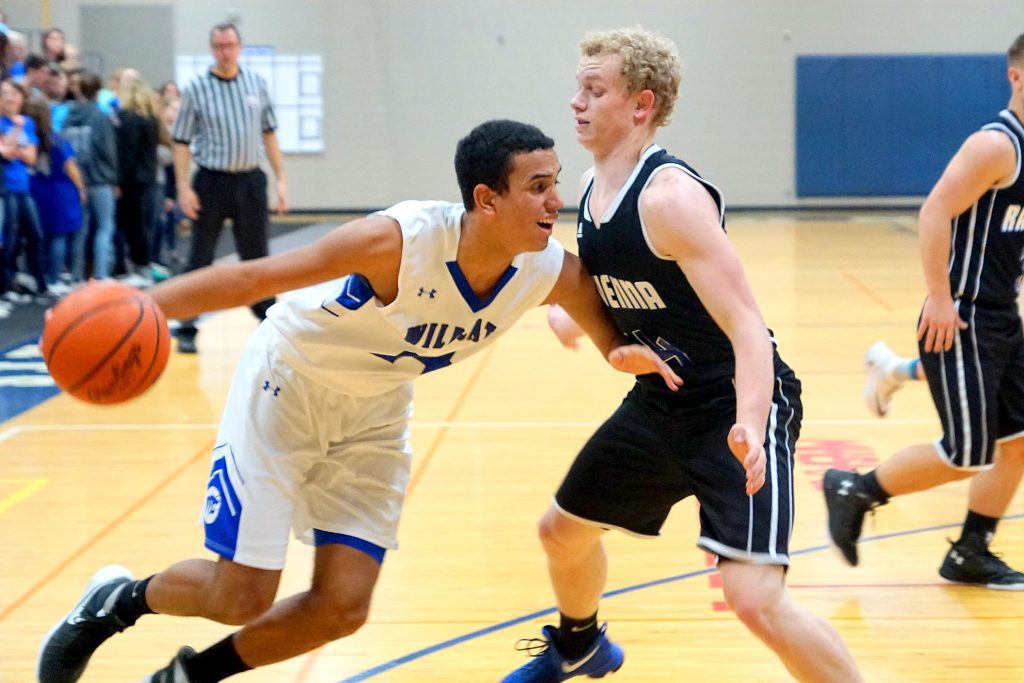 But the anticipated battle never developed. Montague jumped out to a big lead early and ran away with a 72-28 victory on Thursday in West Michigan Conference boys basketball action

Montague improved to 2-1 on the season and 2-0 in the conference. The Bulldogs fell to 3-1 overall and 1-1 in the league.

One goal for the Wildcats is to capture a title in the wide-open West Michigan Conference, and they think they took a positive step in that direction on Wednesday.

“I think (winning) is huge for our younger players,” said Montague Coach David Osborne, whose roster features eight seniors and four sophomores. “Our varsity guys have been there, they’ve been battle tested and they understand the ebb and flow of a full season.

“Our sophomores that are up are learning the speed of the game and getting the wins just builds their confidence.”

Montague raced to a 13-0 lead in the first six minutes of the game before Ravenna managed to get on the board. The Wildcats led 24-5 after one quarter.

Montague was prone to slow starts last season, and Osborne sees a difference this season, with the seniors leading the way. 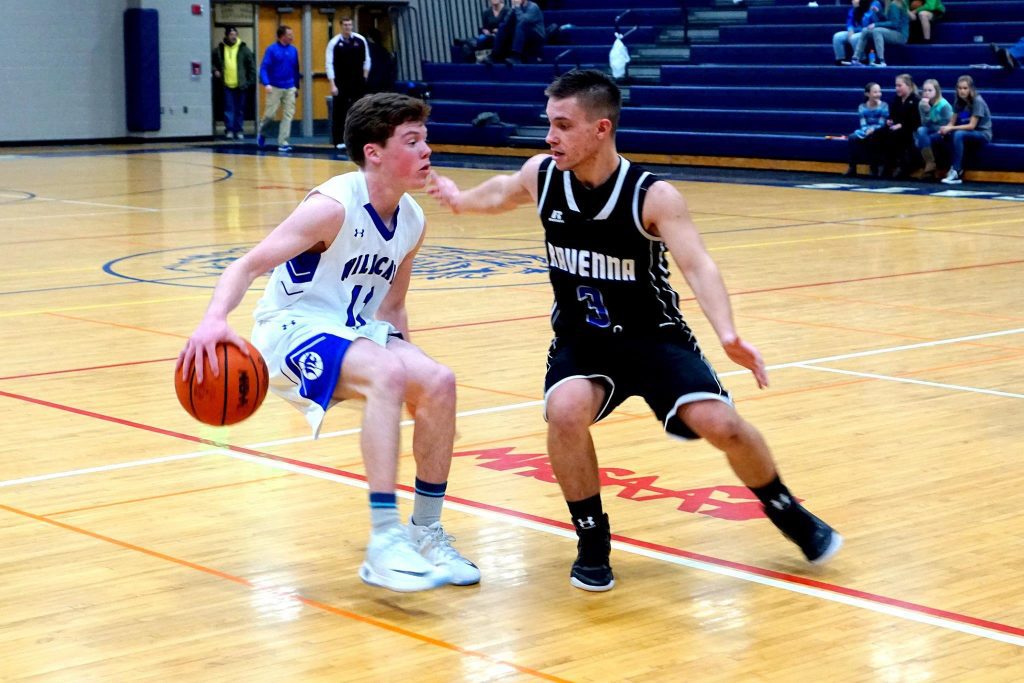 “Our team’s really starting to gel as a cohesive team from top to bottom. There’s no selfishness. It’s ‘let’s share it and win together.’ We’re starting to play well.”

The Cats led 43-16 at halftime, with sophomore Kenyan Johnston leading all scorers with 13 points and senior Merritt Hamann adding 12. Montague hit 7 of 10 shots from three-point range in the half.

Ravenna was not able to cut into the lead in the second half, trailing 59-25 after three quarters and scoring just three points in the fourth, while shooting just 24 percent for the game.

“Defensively was where I was the most impressed,” Osborne said. “We really got at it defensively and we shut down their attack in the lane and closed out pretty well on shots.”

Hamann finished the game with 21 points and Johnston ended up with 15 as the Wildcats shot 50 percent from the field.

Trevor Hazen lead the Bulldogs with 10 points and four rebounds. 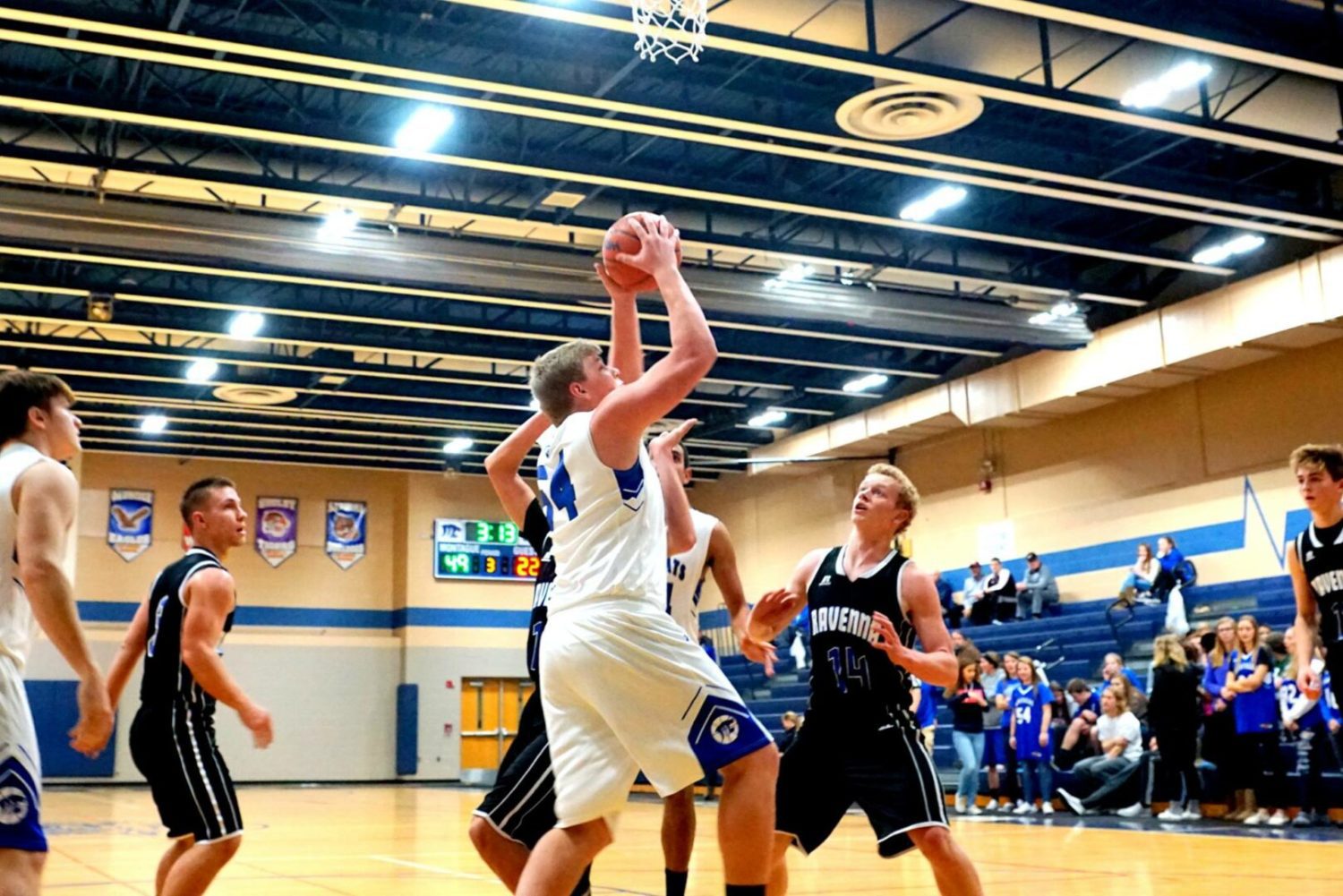 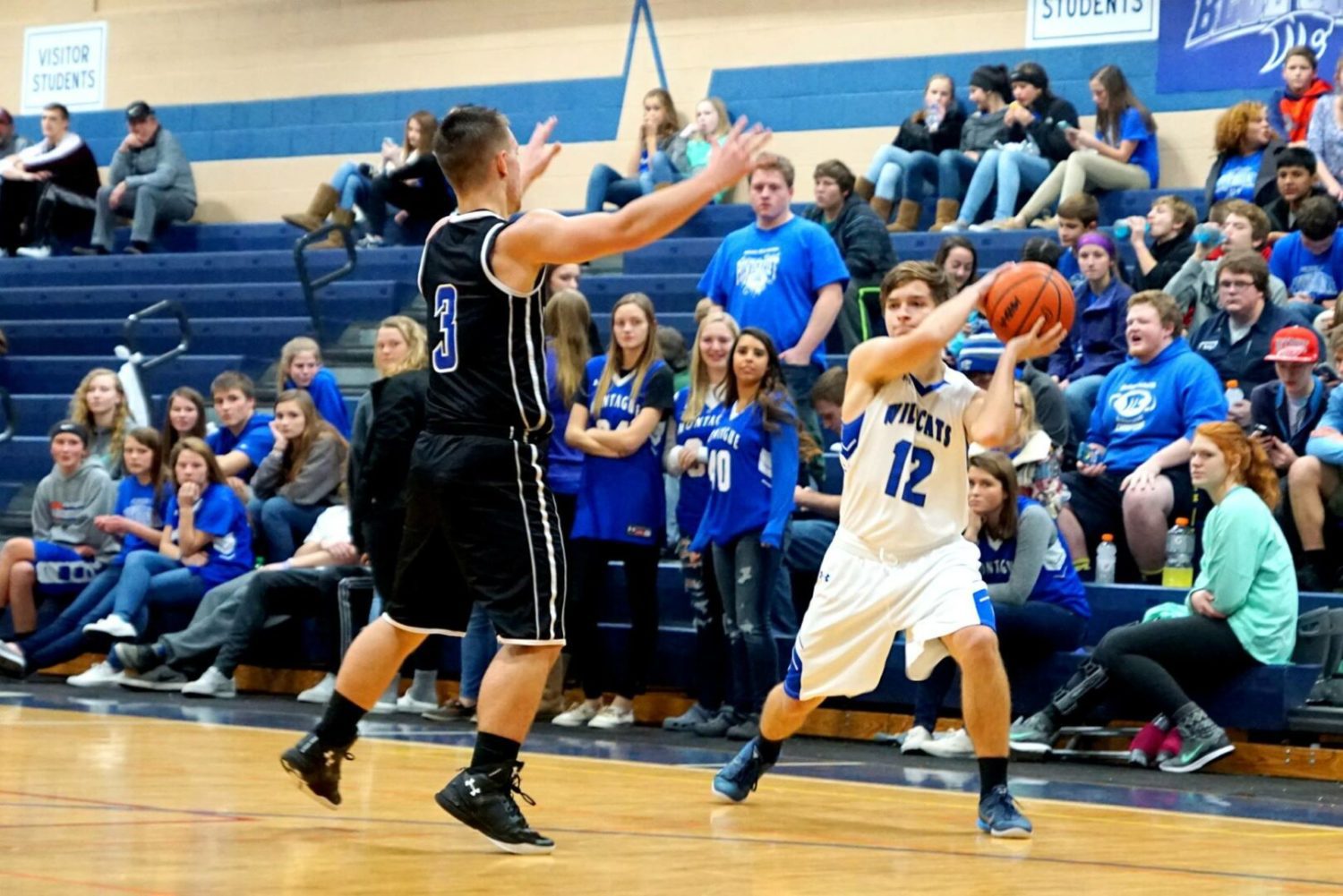 Sam Siemer looks to make a pass down low past Ravenna’s No. 3 Austin Sied. Photo/Leo Valdez 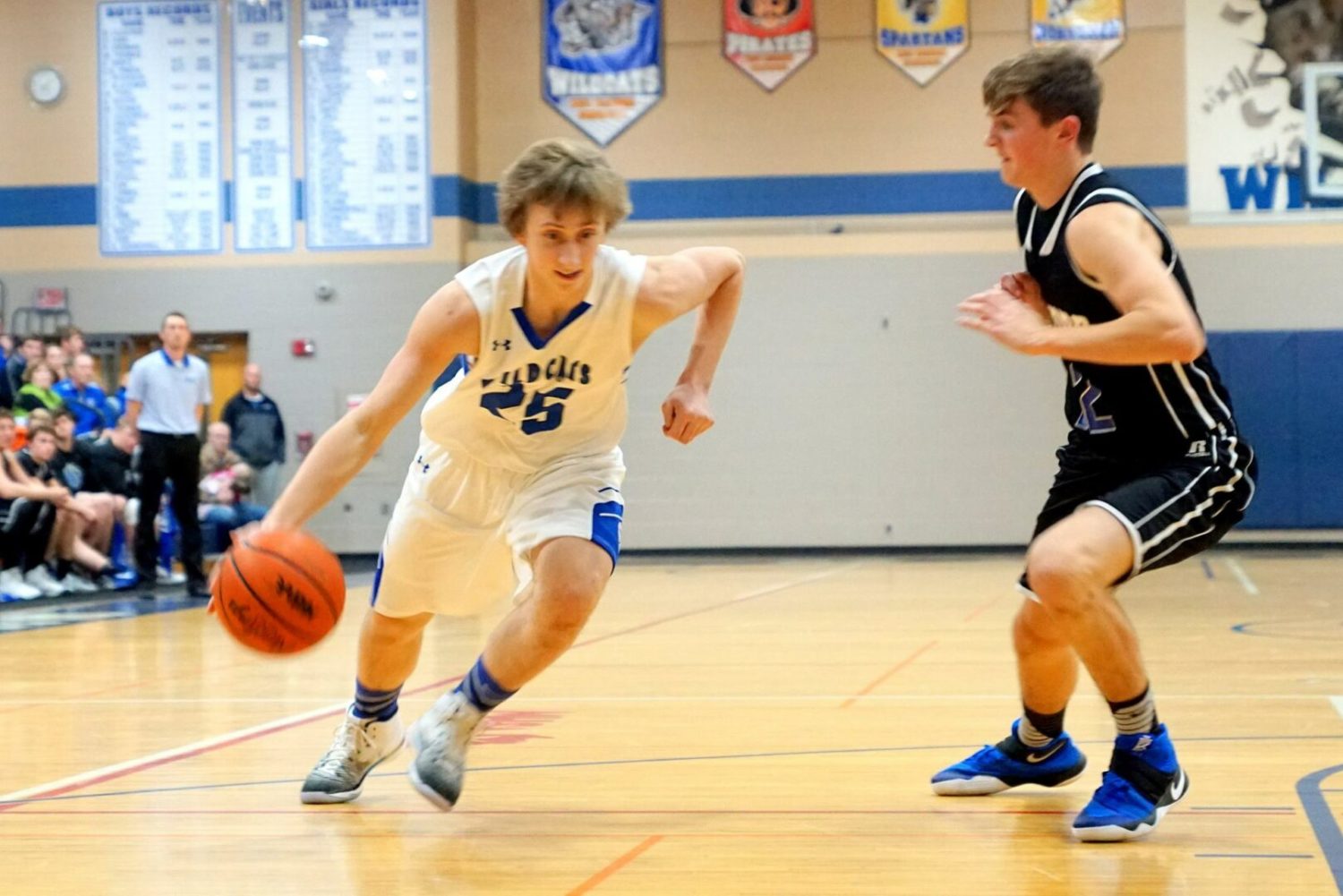