losing record, but MCC Coach Dave Schlump knew his men would have a challenge.

That’s because MCC-GRCC is a heated neighborhood rivalry, and records rarely mean anything at all. 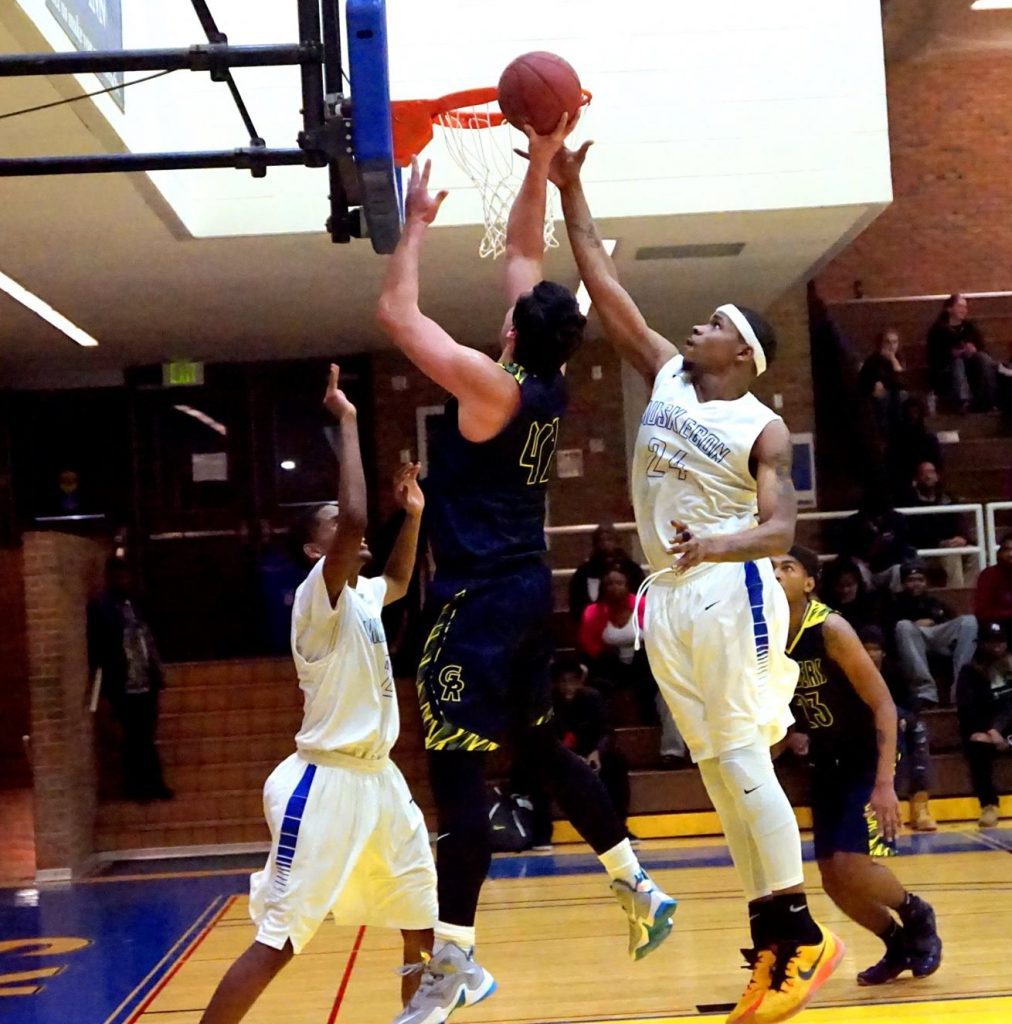 Kyle Ervin Jr. gets up for the MCC blocked shot. Photo/Leo Valdez

That was the case at MCC’s Bartels-Rode Gymnasium, where the Jayhawks escaped with an 89-80 victory over GRCC in their first Michigan Community College Athletic Association game of the season.

The game was very close until the final minute, when MCC went on a decisive 8-2 run to steal the victory.

“Grand Rapids and Muskegon is a good rivalry for the league,” said Schlump, whose team improved to 7-3 on the season. “Tonight it was on great display, so I knew it was going to be a tough game.”

MCC’s victory came largely due to the effort of sophomore forward Kyle Ervin, Jr., who had a huge game with 28 points and 14 rebounds, including 19 points in the first half.

“Coach put that together,” Ervin Jr. said about the strategy behind his big night. “He knew the guy playing me would be playing off, so every time he played off I shot, and I have a lot of confidence in my shot.

“I just plan to come out and play basketball. That’s a good win to come back from the break with. They’ve played tough competition, but we came prepared.” 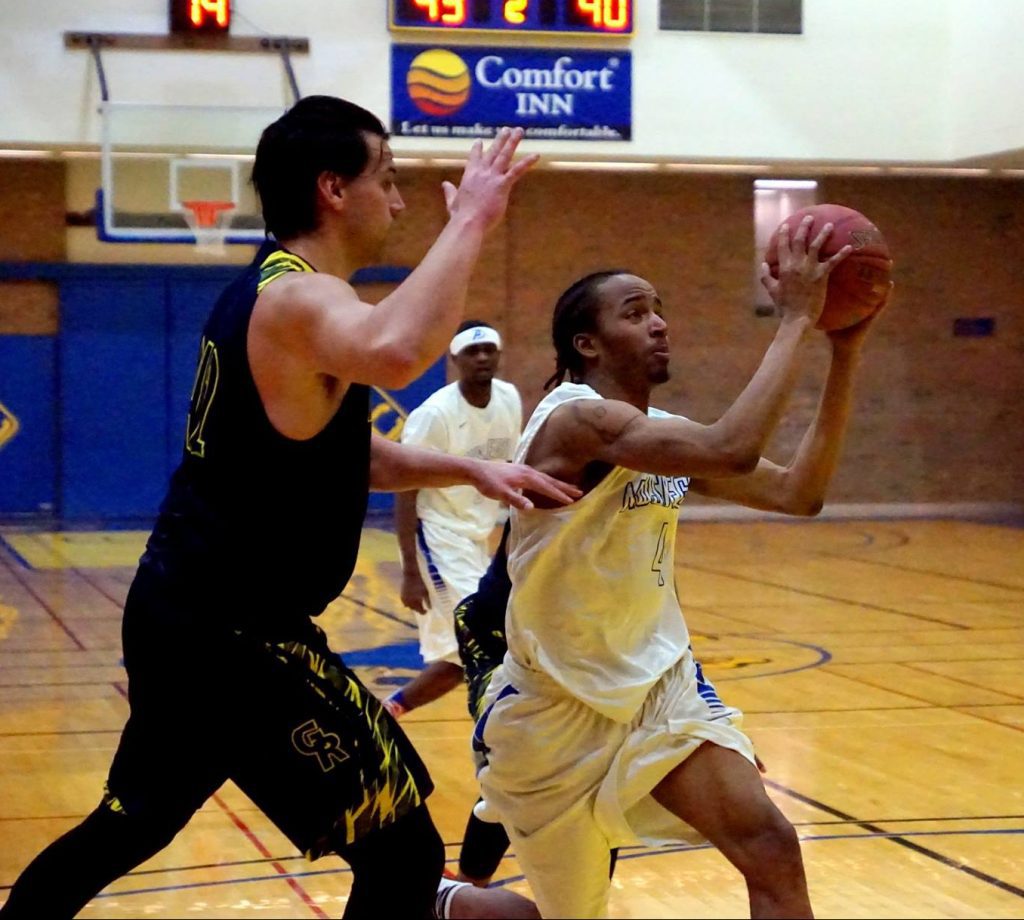 Michael Williams slashes through the lane for the Jayhawks. Photo/Leo Valdez

Sergio Diaz and Michael Williams each had 17 points on the night for the Jayhawks, while Williams also grabbed 10 rebounds to complete a double-double.

Schlump said Ervin’s first-half performance attracted double coverage in the second half, which allowed his teammates to get open to score crucial points.

“They brought a double team every time he (Ervin Jr.) touched it and that was when other people stepped up,” Schlump said. “I thought Diaz hit a couple big shots for us.”

Ervin’s 19 points allowed the Jayhawks to cling to a 41-38 edge at halftime. GRCC stayed close due to the scoring of Jeffrey Drake-Todd and Arthur Pearson, who each had 10 points before intermission.

Fouls were rare in the first half, but were more frequent and played a much bigger role in the second. 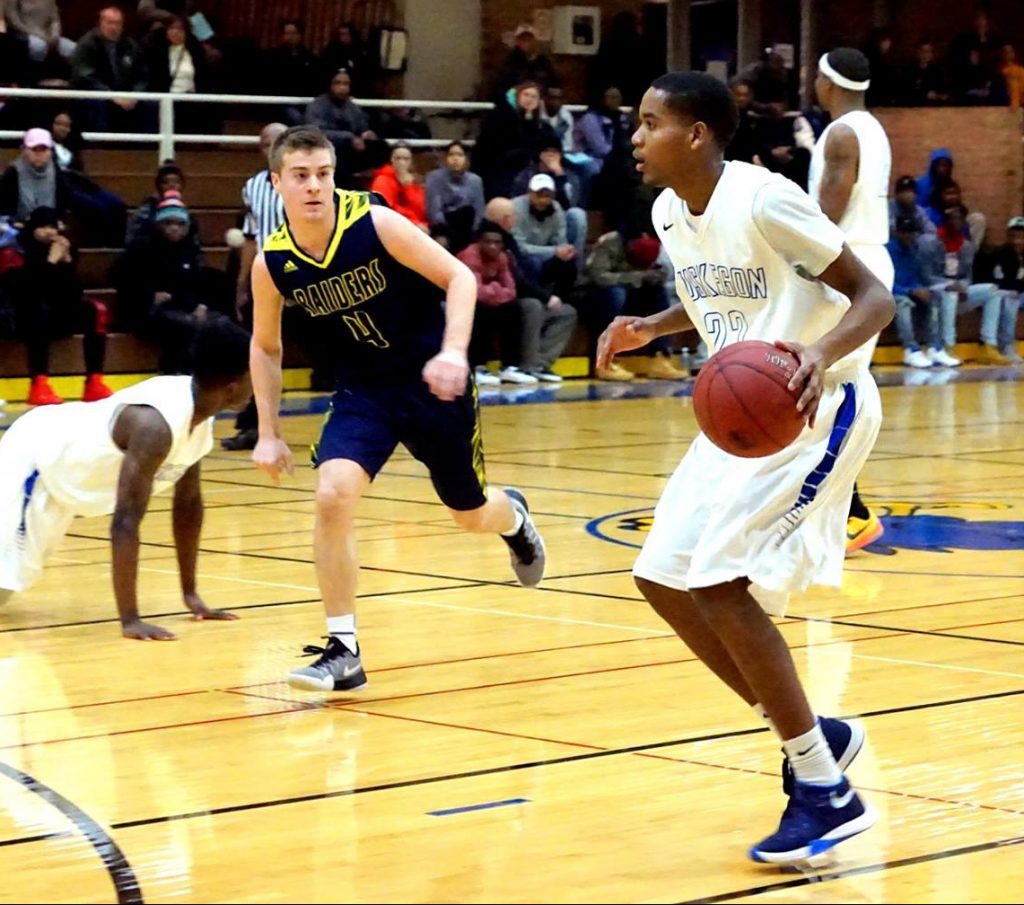 MCCs Sergio Diaz controls near the top of the key. Photo/Leo Valdez

MCC led 81-78 with 1:03 remaining. That’s when Schlump took a time out and stressed good defense, and his team answered the call.

MCC allowed only two points in the final minute and closed out the game with an 8-2 run. Diaz hit three important free throws down the stretch for the Jayhawks.

“That was a matter of the guys kind of understanding the game situation,” Schlump said. “We’d like to install that (type of shutdown defense) for 40 minutes every game, but we’ll take it for the first league game. It was a good win for us.”

Pearson finished with 19 points, six rebounds and five assists for GRCC, while Drake-Todd and Corey Jones each added 17 points.

GRCC dropped to 5-7 on the season. 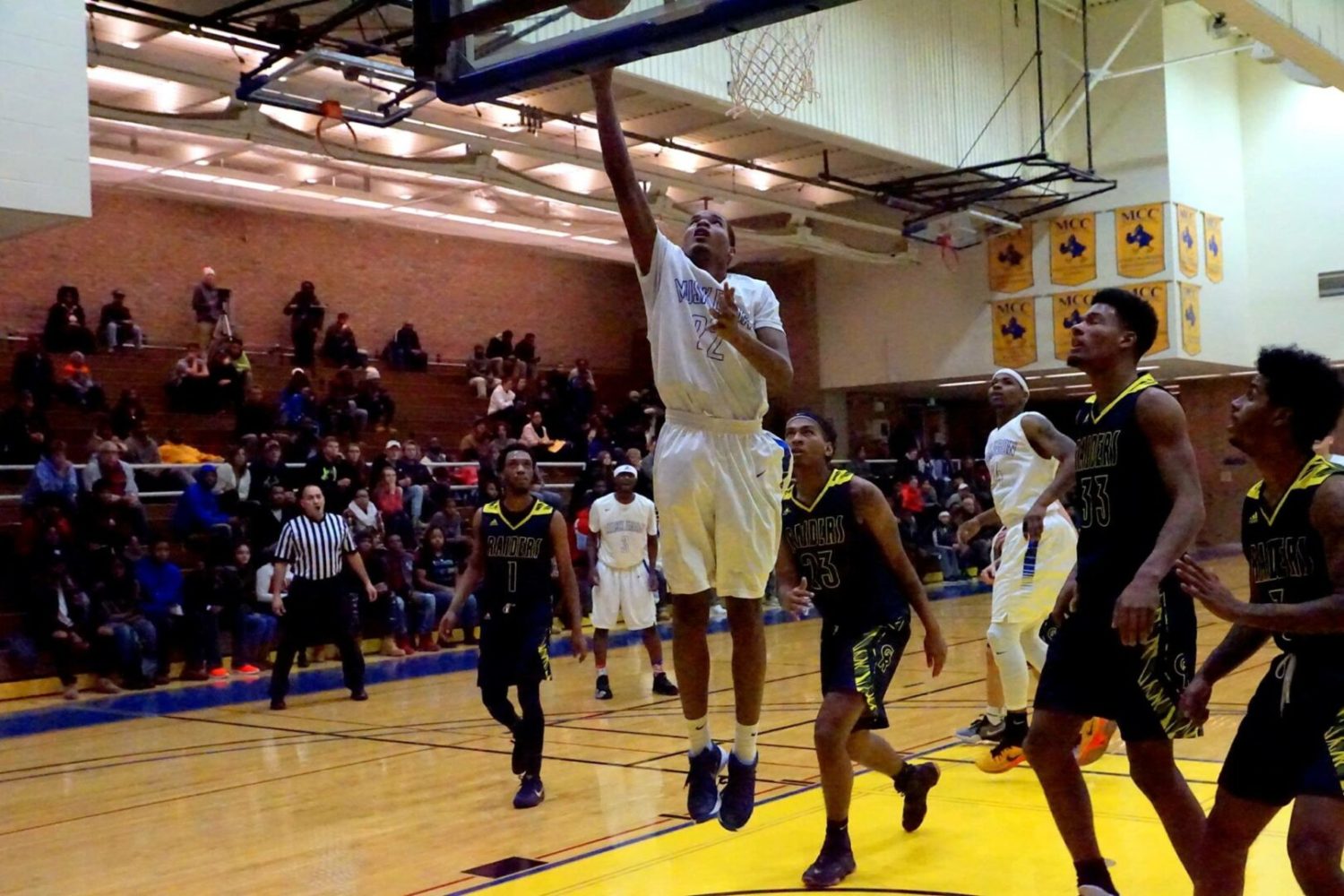