FRUITPORT – The Fruitport Calvary girls basketball squad showed no fear down the stretch on Tuesday, especially from the free throw line.

The Eagles, down by five points after three quarters, scored 24 points in the fourth, with 10 coming from the charity stripe. The result was an exciting 63-58 comeback victory over Western Michigan Christian in a non-league contest. 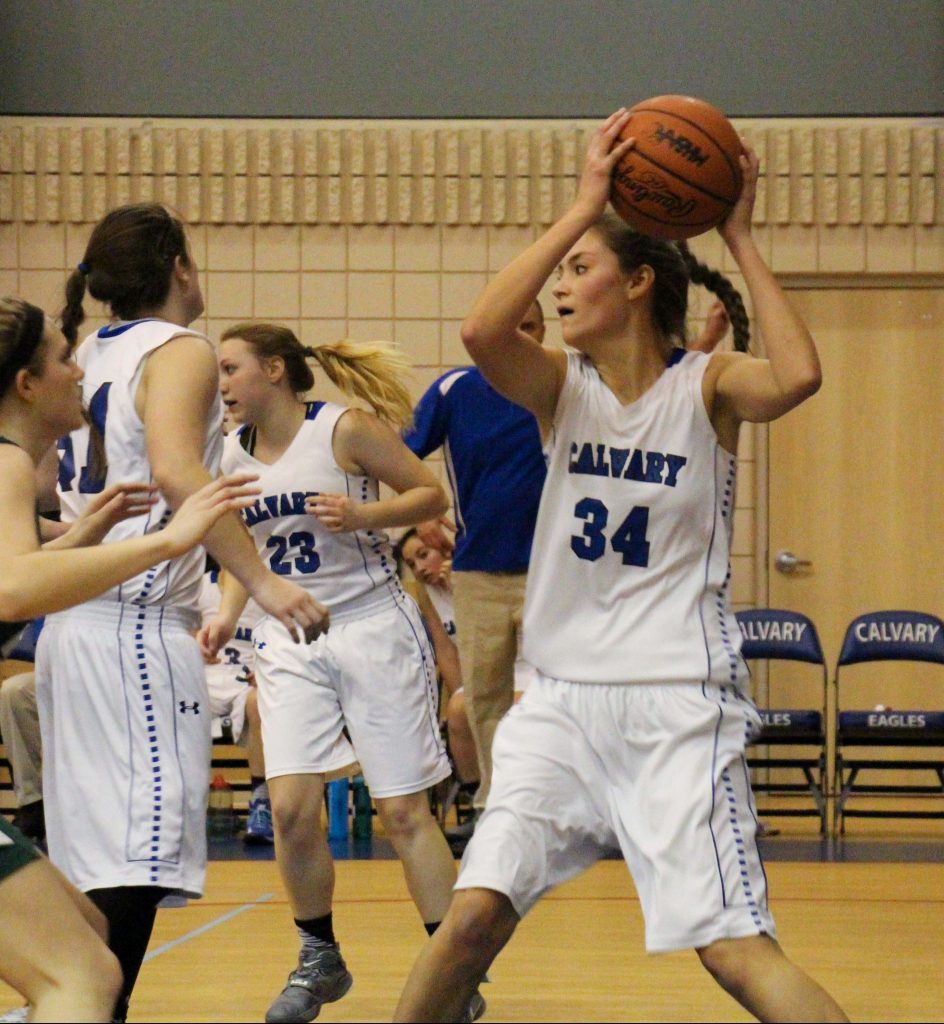 Fruitport Calvary, which took advantage of the Warriors’ over-aggressive defense, was 10-for-12 from the free throw line in the fourth quarter and 25-for-29 overall.

“That team is a really good team loaded with talent,” said Fruitport Calvary Coach Brad Richards about WMC. “They were really aggressive, and we knew going into the game that if we backed down to their aggressiveness it was going to be a long night. Our players showed a lot of heart to fight back and win the game.

“Win or lose, when you play teams like this it helps you prepare for the (postseason) tournament. But you have to show up to play every night.”

The Eagles were led by Allyson Richards with a game-high 26 points, while Lexy Wilson added 12 and Kelsey Richards chipped in 11.

The first quarter ended in an 8-8 tie. Allyson Richards led the Eagles with four points while Aubrey Goorman paced WMC with four. 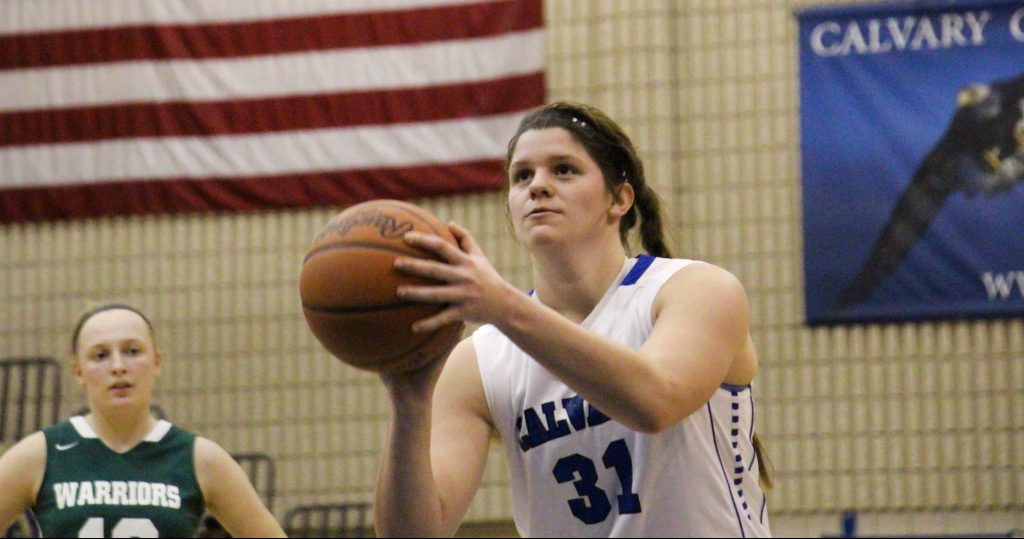 Lexi Wilson gets ready to shoot the free throw for the Eagles. Photo/Jason Goorman

But the Warriors stormed back, scoring nine of the next 10 points to take a 24-22 lead at halftime. Goorman scored six points for WMC during the second quarter while Anna Sytsema added four.

“I told the girls that Western Michigan Christian is making every single jump shot, so we had to go man-to-man and pick them up and not give any gap,” Coach Richards said.

Fruitport Calvary responded, scoring eight of the first 10 points of the fourth quarter to take a 47-46 advantage with 5:20 left.

The Warriors took the lead back three different times before the Eagles regained the advantage for good,55-54, with a free throw by Allyson Richards with 2:13 remaining.

The Eagles finished the game with an 8-4 run. Half of those points came on free throws.

WMC was led by Goorman with 24 points while Cassie Kingma added eight and Kaitelyn Wright had seven.

“I was hoping that playing them aggressively would tire them out,” said WMC Coach Jeremy Goorman. “It kind of backfired on us.”