That’s all it took for Grand Haven girls basketball coach Katie Kowalczyk-Fulmer to realize a gem had fallen into her lap.

That gem was freshman Alli Keyser, who started all 22 games for the Bucs during the 2015-16 season.

“All I had to do was watch her play at our program camp the first week out of school to know she would be our starting point guard,” Kowalczyk-Fulmer said. 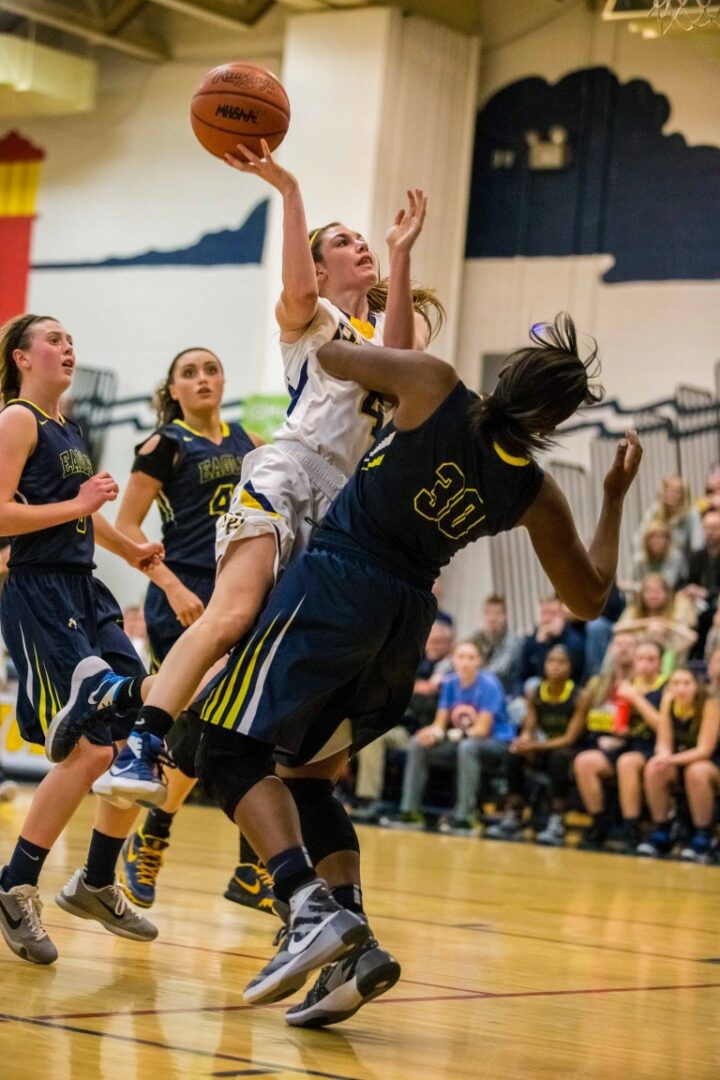 Keyser plows into a defender while driving to the bucket. Photo/Tim Reilly

Starting a freshman on varsity was a big move for Grand Haven, a large school with no shortage of talent. But Keyser made her coach look brilliant, averaging 15.2 points per game with 3.3 assists and 2.7 steals.

When Keyser first got to high school she didn’t think she would be varsity material right away. She was prepared to play on the JV team for a year before making the jump.

“I was not expecting it,” she said. “It was really exciting when I found out I made varsity.”

She became the point guard, the leader on the floor, the one calling the plays, but at the same time she was only a ninth-grader.

She said the most difficult part was treading the fine line between being one of the team leaders – which a point guard is by definition – while not “stepping over my boundaries.”

Everything seemed to come together for the 5-foot-6 Keyser in a late-season game against a very good East Kentwood team last winter. With two seconds left and the Bucs down by two points, the ball was in Keyser’s hands. She responded to the pressure with a step-back three-pointer to seal the win for Grand Haven.

“I don’t know a lot of freshmen that want that pressure,” Kowalczyk-Fulmer said. “She wants to go to the line and she wants the ball in her hands, but she’s a team player and she makes her teammates better.”

Keyser continued to grow as a player during the offseason last spring, summer and fall, playing AAU ball with the Michigan Rage under Grand Haven JV head coach Corky Nyssen. She also spent countless hours in the gym with her father, Scott Keyser, as she has for years.

“My dad has put so much time into supporting me through my basketball career,” Keyser said. “He’s the one that pushes me to get up at 8 o’clock and go shoot. He’s willing to rebound for me and run drills with me.”

The offseason work has paid off. Through eight games this season Keyser is averaging 15.4 points, 4.4 assists and 2.8 steals, all higher than her averages from last season.

She has helped the Bucs to a 5-3 start, which includes a big win over a tough Reeths-Puffer squad. 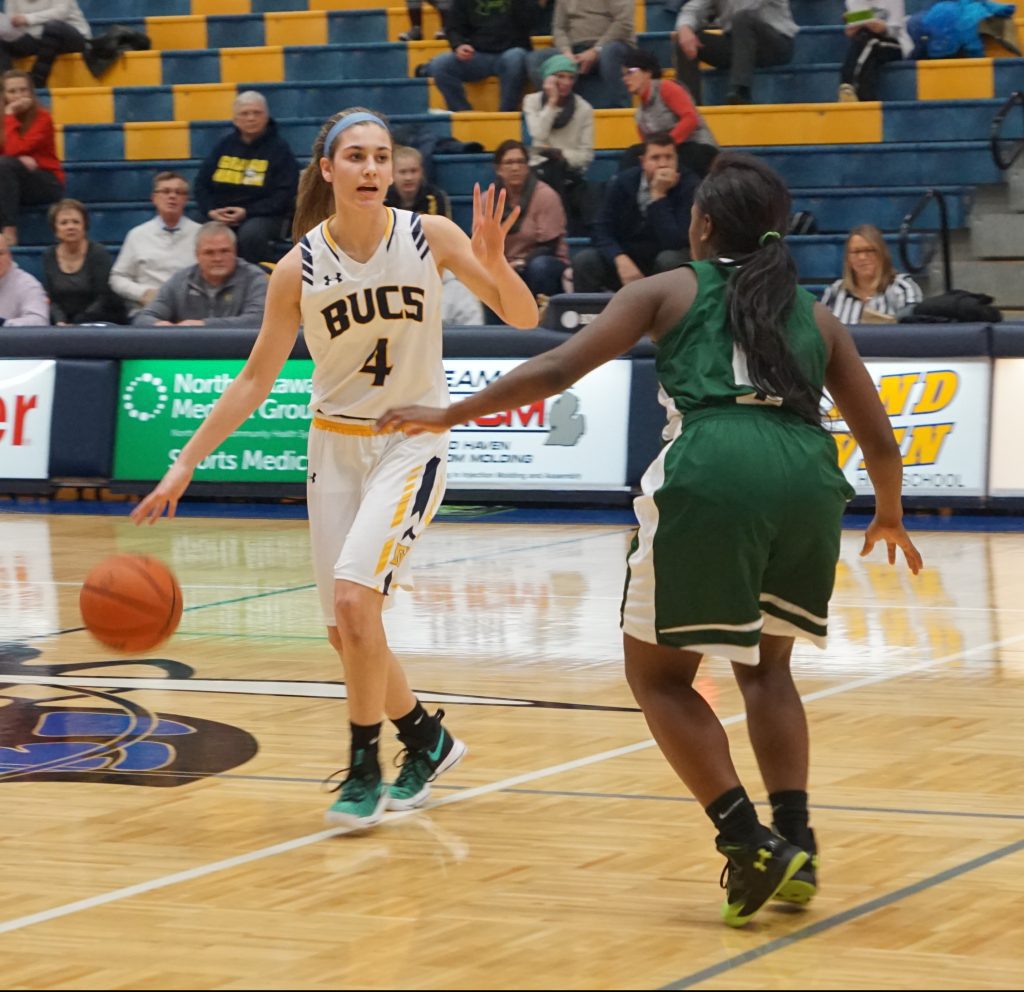 Keyser sets up the Grand Haven offense during a recent game. Photo/Leo Valdez

“She works at her game,” Kowalczyk-Fulmer said. “She knows what her weaknesses are. You have to work on your left hand and you have to work on coming off the ball screen. It’s important to her and she puts the time in.”

Keyser’s speed, defensive tenacity, ball-handling and improved shooting have attracted the attention of every Grand Haven opponent. Shutting down the sophomore point guard has become the focal point of their game plans.

“It’s good and bad, because I want to hit an open shot,” Keyser said. “But knowing that teams know I’m a threat is pretty awesome, because I know my teammates will be freed up. It’s nice to feed the ball and make nice plays for other people.”

Her go-to teammate in a pressure situation is another underclassman – sophomore center Esther Byington.

“She’s really tall, first of all, and she makes some of the toughest plays,” Keyser said. “She’s so athletic and she can move her body around. She’d be the one to make a play.”

As a freshman Keyser earned All-Conference honors in the O-K Red, something not many first-year high school students can boast of. As a sophomore she’s well on her way to repeating that feat, and possibly earning even higher honors.

With more than two seasons left at Grand Haven, the ceiling is quite high for Keyser.

“At what (college) level she is going to play, I don’t know yet, because she’s only eight games into her sophomore year,” Kowalczyk-Fulmer said. “But she is for sure a college player. She’ll be one of the best players to ever walk out of this school.”