NORTON SHORES – Nearly 10 games into the season, Muskegon Heights boys basketball coach Del Stewart likes where his team is at, but says he’ll continue to

“We try to get a little more paced (offensively), but boy, some of these games are like Halloween and we’re giving the ball away like someone is saying ‘Trick or Treat,’” he said with a smile. 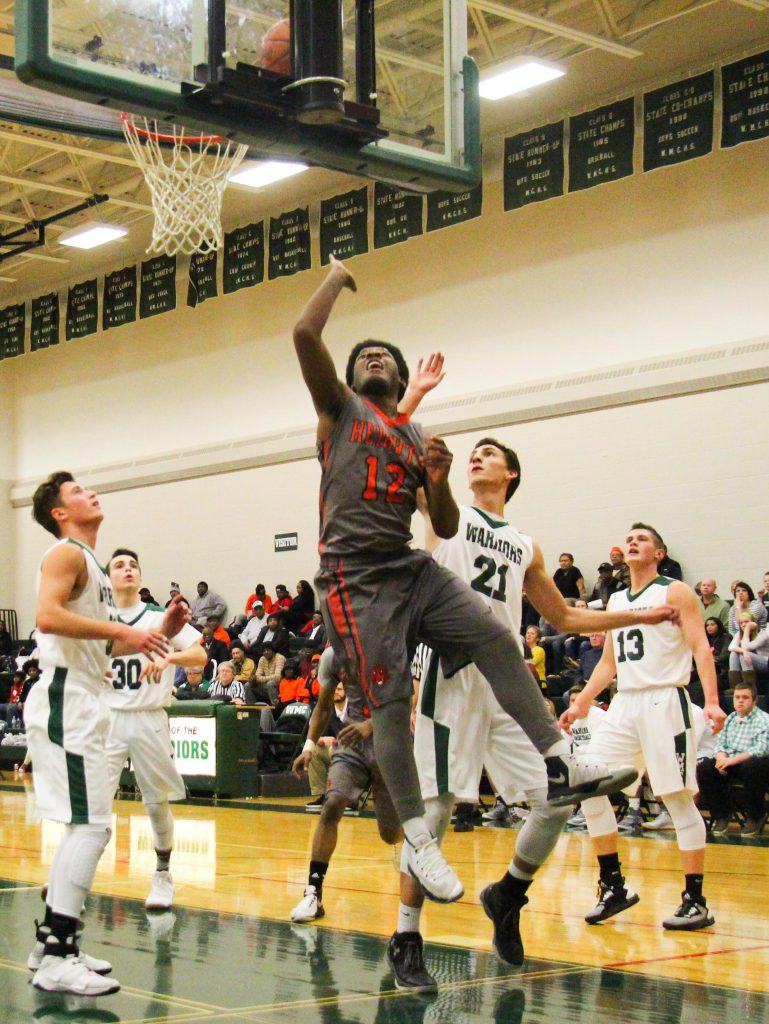 Kieshon Watson goes up for the layup past WMC’s No. 21 Daniel Ray. Photo/Jason Goorman

“It’s a work in progress. But the ultimate goal is to improve before March (when the state tournament begins). Let’s just try to get to a place where we take care of the ball before March.”

The Tigers took a big step toward being a feared opponent on Friday at Western Michigan Christian. They never trailed against the Warriors and secured a 56-30 blowout victory in a Lakes 8 Conference clash.

With the victory, the Tigers improve to 6-3 overall and 3-1 in the league. Their only Lakes 9 setback was at Ludington on Jan. 6, where there were definitely more tricks than treats.

“We laid an egg up at Ludington,” Stewart admitted.

It was a different story against the Warriors, when the Tigers’ tremendous matchup zone defense left WMC with few open looks at the basket.

When the Warriors (2-5 overall, 0-3 Lakes 8) weren’t trying to make contested shots, they were coughing the ball up, allowing a pair of three-year Muskegon Heights standouts – Antoine and Anthony Jones – to thrive.

The twin brothers combined for 28 points. Anthony led the Tigers with 15, including eight in the first quarter, while Antoine added 13.

The Tigers grabbed a 16-8 lead after one quarter, then went on a 9-0 spurt to start the second and establish control. Two of the buckets during the second-quarter run came off Warriors’ turnovers which led to easy transition points for Antoine Jones. 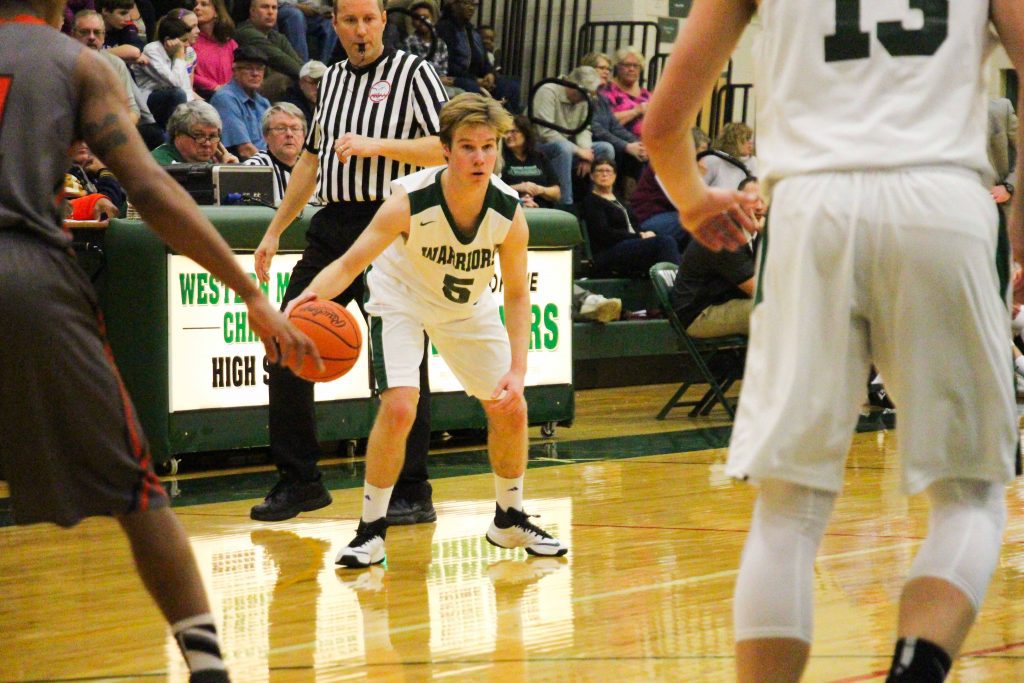 Tyler VanBeek dribbles the ball as his team sets up the play. Photo/Jason Goorman

“When we play in our matchup zone, we can play some good help-side man, where we can extend a little bit and trap periodically,” Stewart said. “And that helps us.”

“If their shooters were open, they weren’t open for long,” he added. “We found that the more we pressure, it does help force the pace. But the trouble is, we tend to gamble too much.”

The Tigers took a 30-15 lead into the half and continued to pull away in third, outscoring the Warriors by a 16-4 margin.

Junior forward Keishon Watson contributed 11 points for the Tigers, who hope to repeat as Class C district champions in March. A year ago they were eliminated in the regional finals by Grandville Calvin Christian.

“We feel like we’re getting better each and every game,” Anthony Jones said. “We had a bad game against Ludington with a lot of turnovers, but we’ve learned from it. We’re working on stopping the ball in transition and rebounding. We’ve just got to stay hungry.” 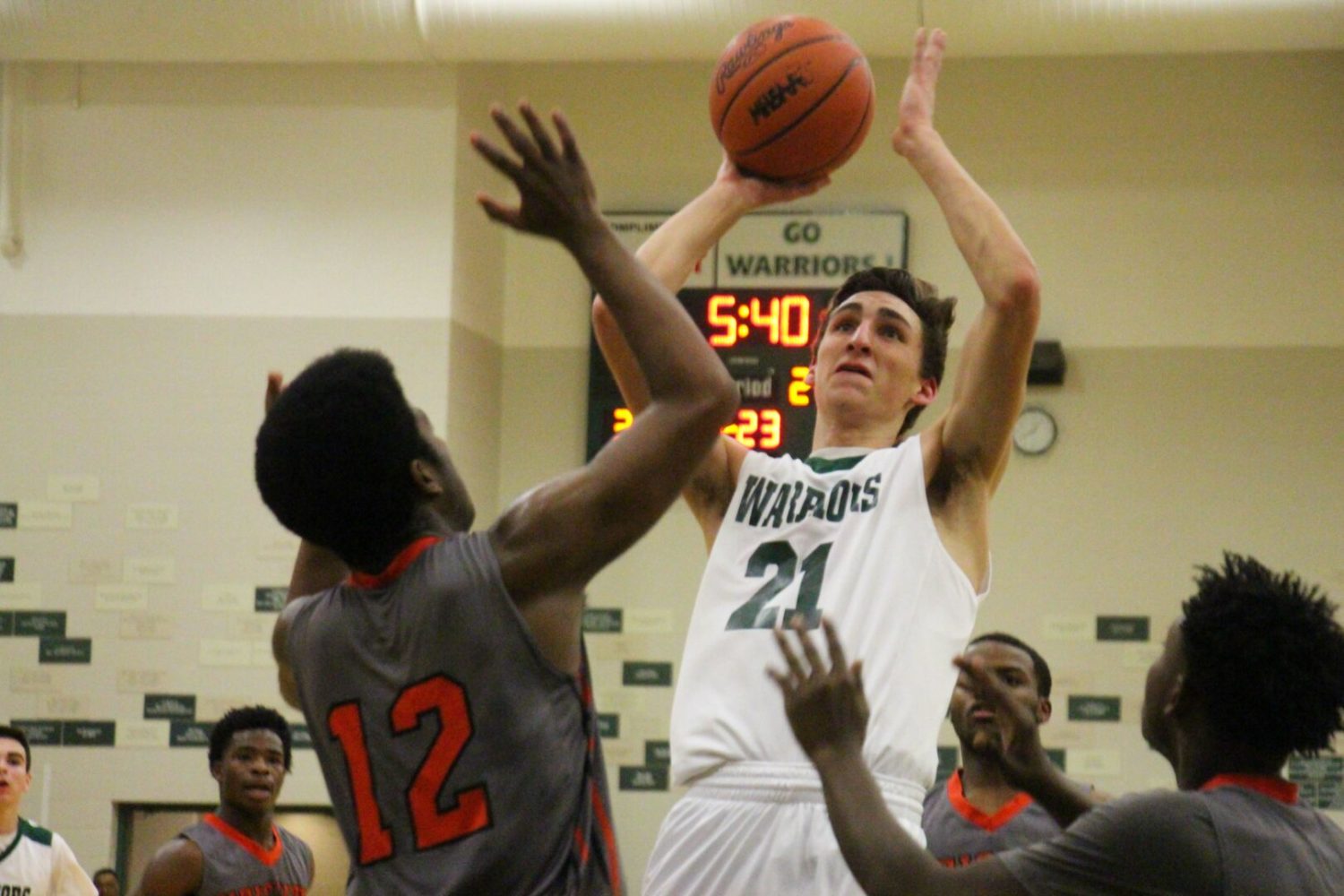 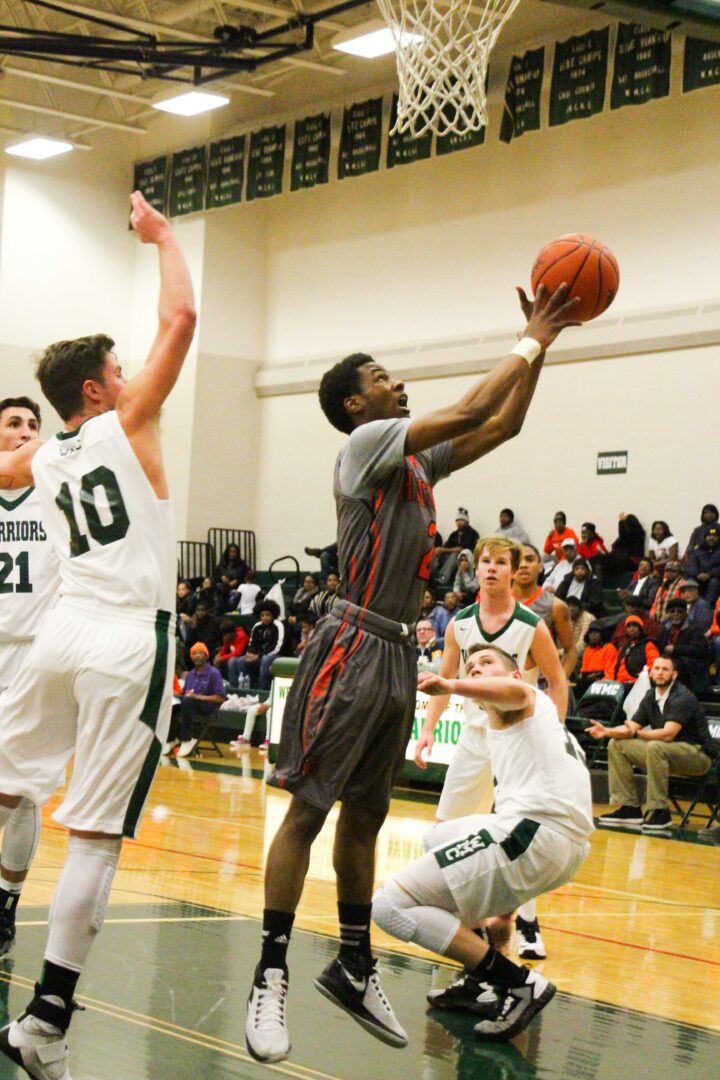 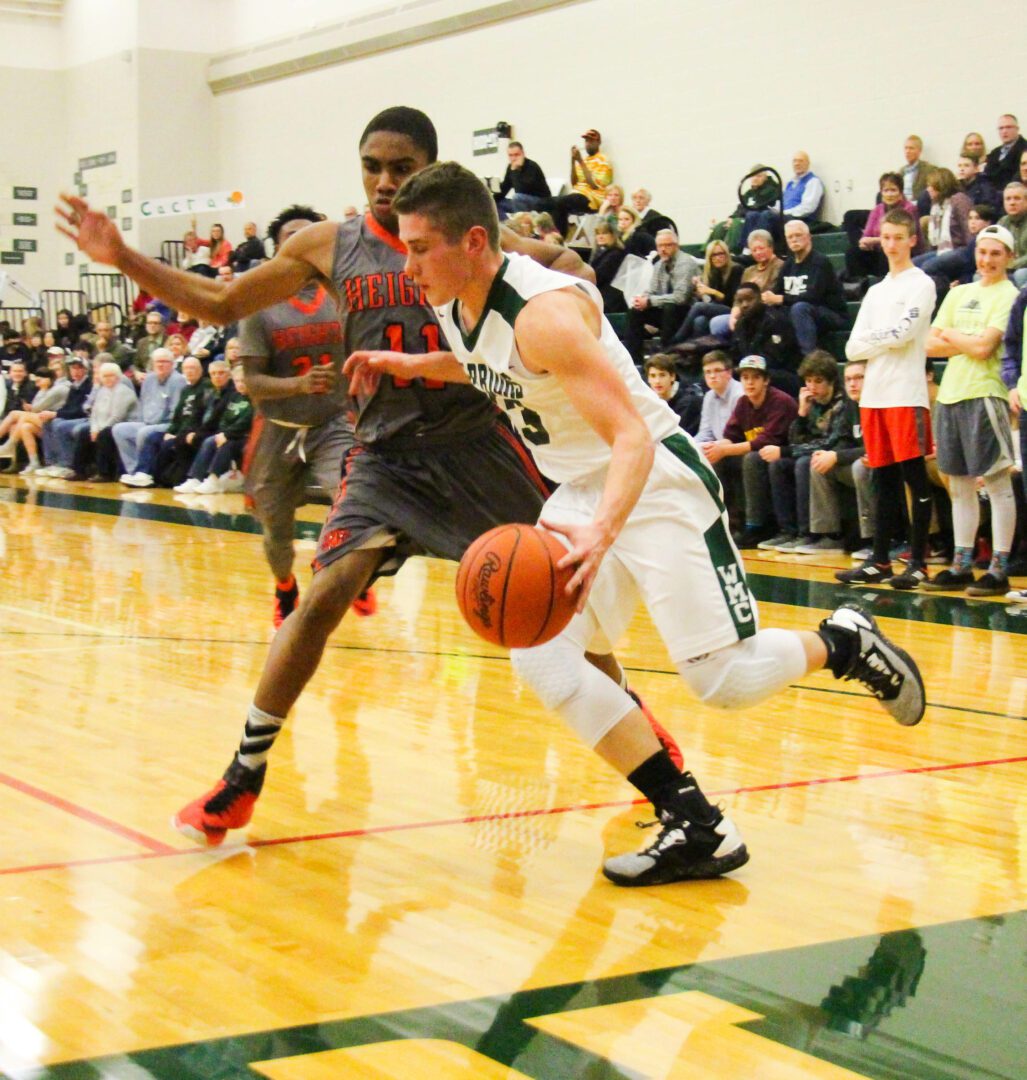