Fruitport is now a member of the tough O-K Black, while Orchard View remains in the Lakes 8. 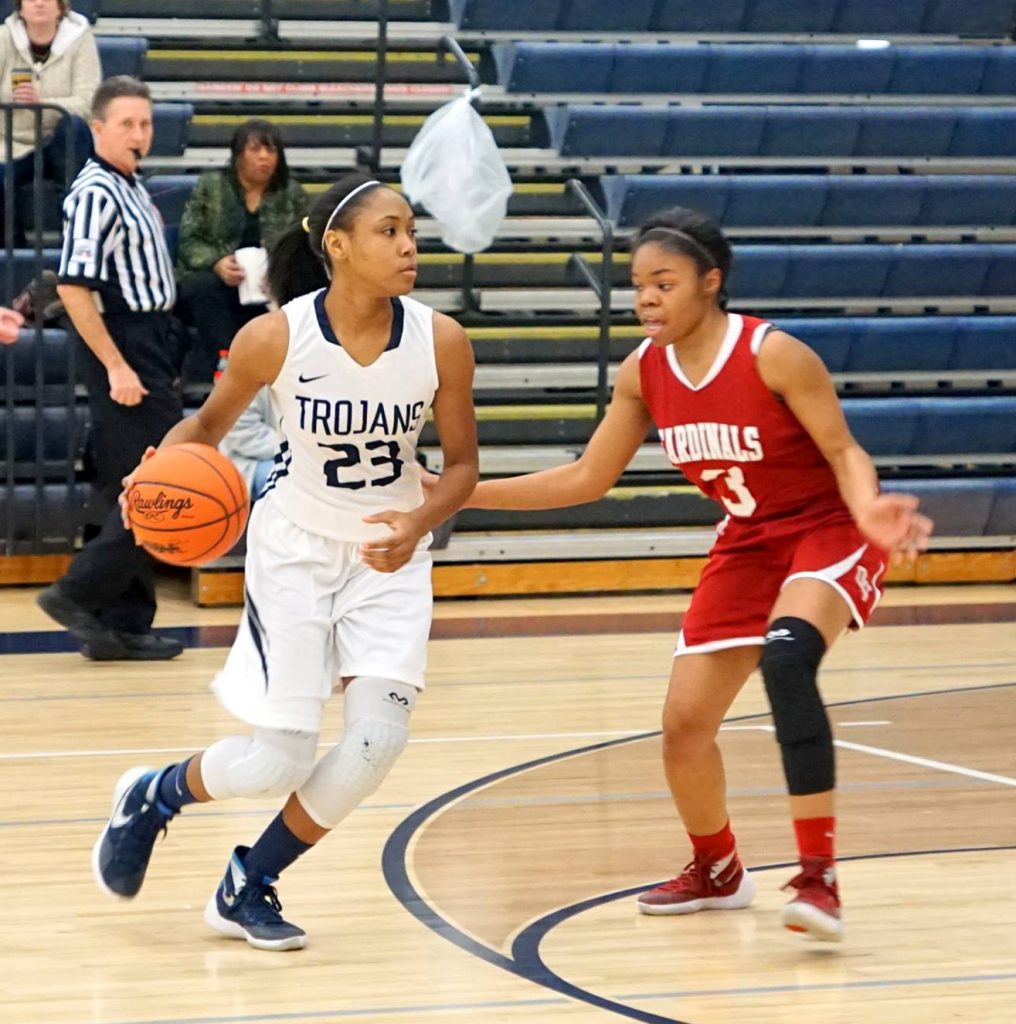 But one thing hasn’t changed for the Fruitport girls basketball team. It still has senior standout Iyana Brown, and she provided the boost the Trojans needed to knock off the Cardinals on Tuesday, 58-34.

“I feel good,” said Brown, who had a season-high 23 points to go along with eight rebounds, eight assists and five steals. “As long as I can distribute (the ball) for the team it’s a successful game for me.”

“It’s almost one of those things we expect every night,” said Fruitport Coach Bob German about Brown. “This was her biggest night of the year scoring. Even though she may not score every night, she’s still dishing the basketball, she’s still rebounding the ball and she’s just that kind of ball player.”

The Trojans improved to 4-7 while the Cardinals dropped to 0-9.

The Trojans started out slowly, clinging to a 12-10 lead with two minutes left in the first quarter. But then Brown helped spur a 21-0 run that gave the Trojans a comfortable 39-16 halftime lead and control of the contest.

“It was real important,” German said about the big run. “I was hoping it was that early in the game. It was huge.”

Orchard View’s Janaya Ferrell did all she could to keep the game close in the first half.

The senior dominated in the post early on, putting up eight points and hauling in four rebounds in the first 16 minutes. But Fruitport adjusted and limited her opportunities the rest of the game. 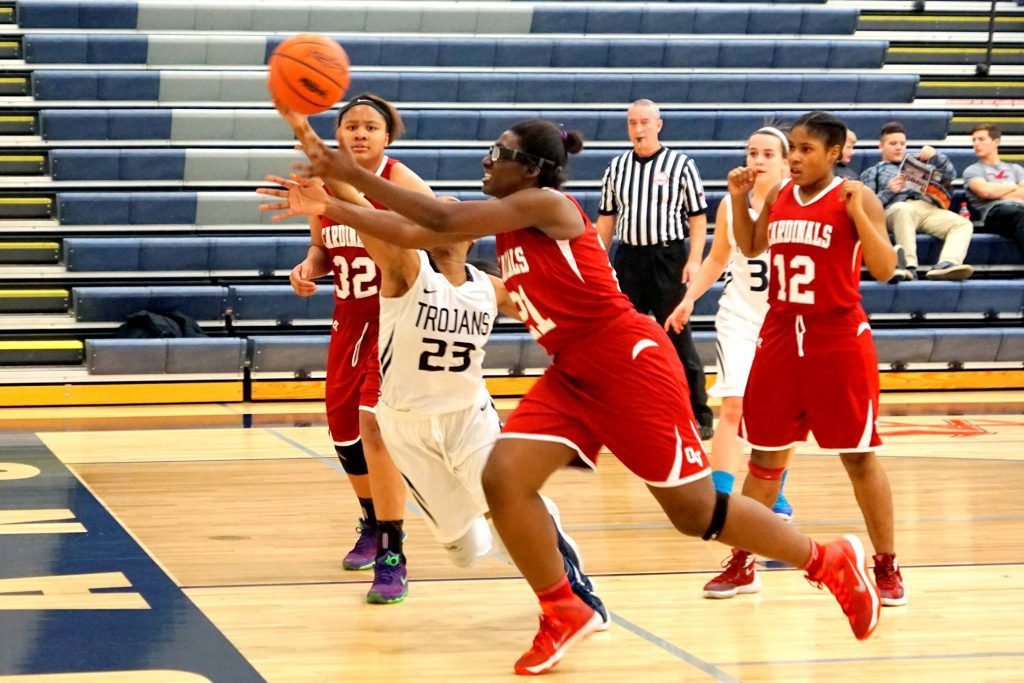 Shaq Carr tries the save the possession for OV. Photo/Leo Valdez

“At halftime I told the girls to come out with some intensity,” German said. “When you’re in these kinds of games you have to try and keep your edge. It’s tough to say have fun, but still beat them and do the things we’re capable of doing.”

The Trojans kept their foot on the gas in the second half. The Cardinals’ full court press flustered them at first, but with Brown’s composure, Fruitport weathered the storm.

When Brown couldn’t score for the Trojans, it was fellow senior Katie Veihl who got the job done, finishing with 12 points and eight rebounds.

The Cardinals were led by Ferrell and Morgan Gates with 12 points apiece, while Ferrell snagged eight rebounds.

Fruitport will host tough conference foe Reeths-Puffer on Friday while Orchard View will host Muskegon Heights in a Lakes 8 contest.

“Reeths-Puffer always plays us tough,” German said. “We have to do what we do well. If we can do those kinds of things – take care of the basketball and rebound – we expect to compete on Friday night.” 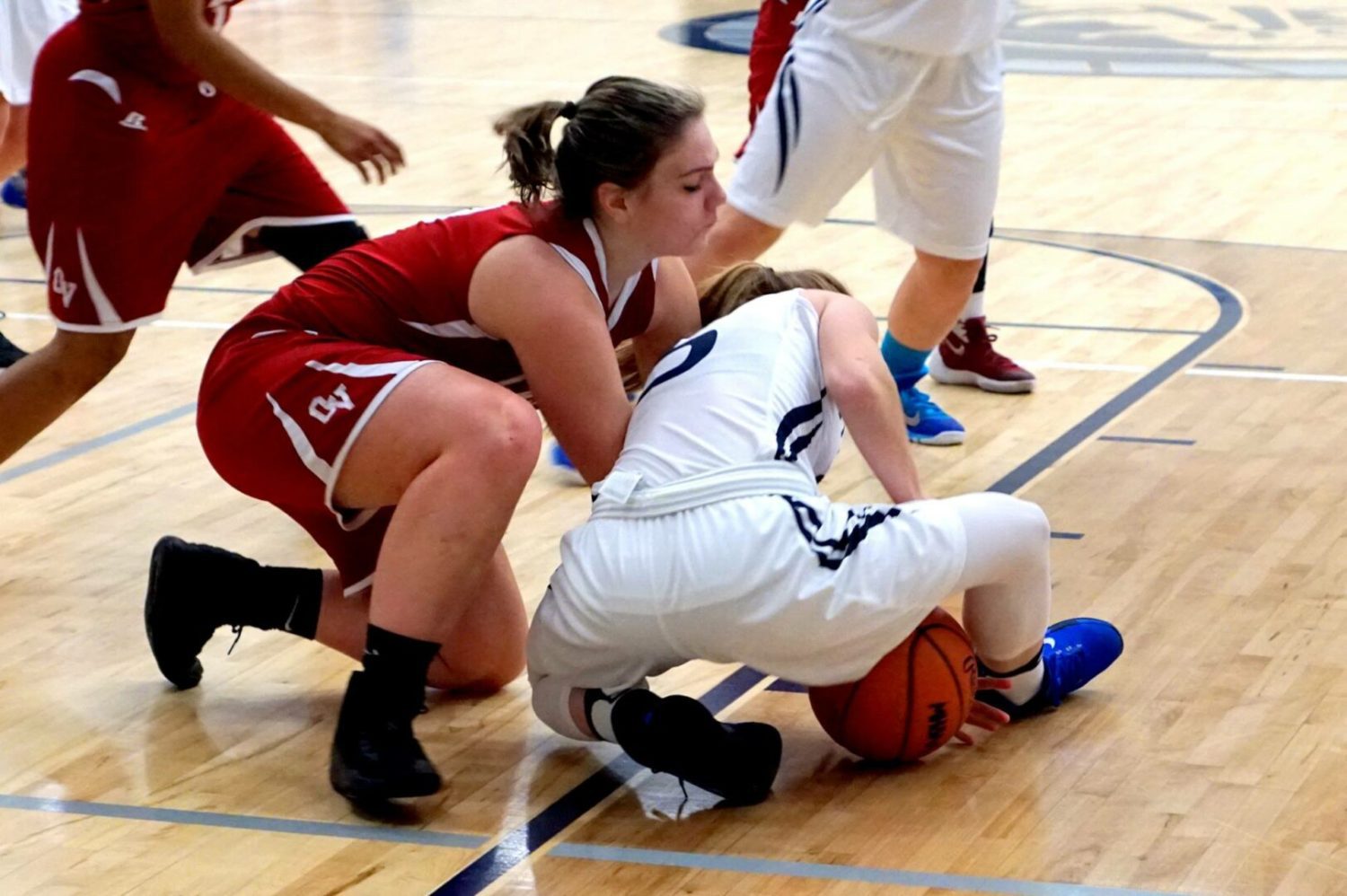 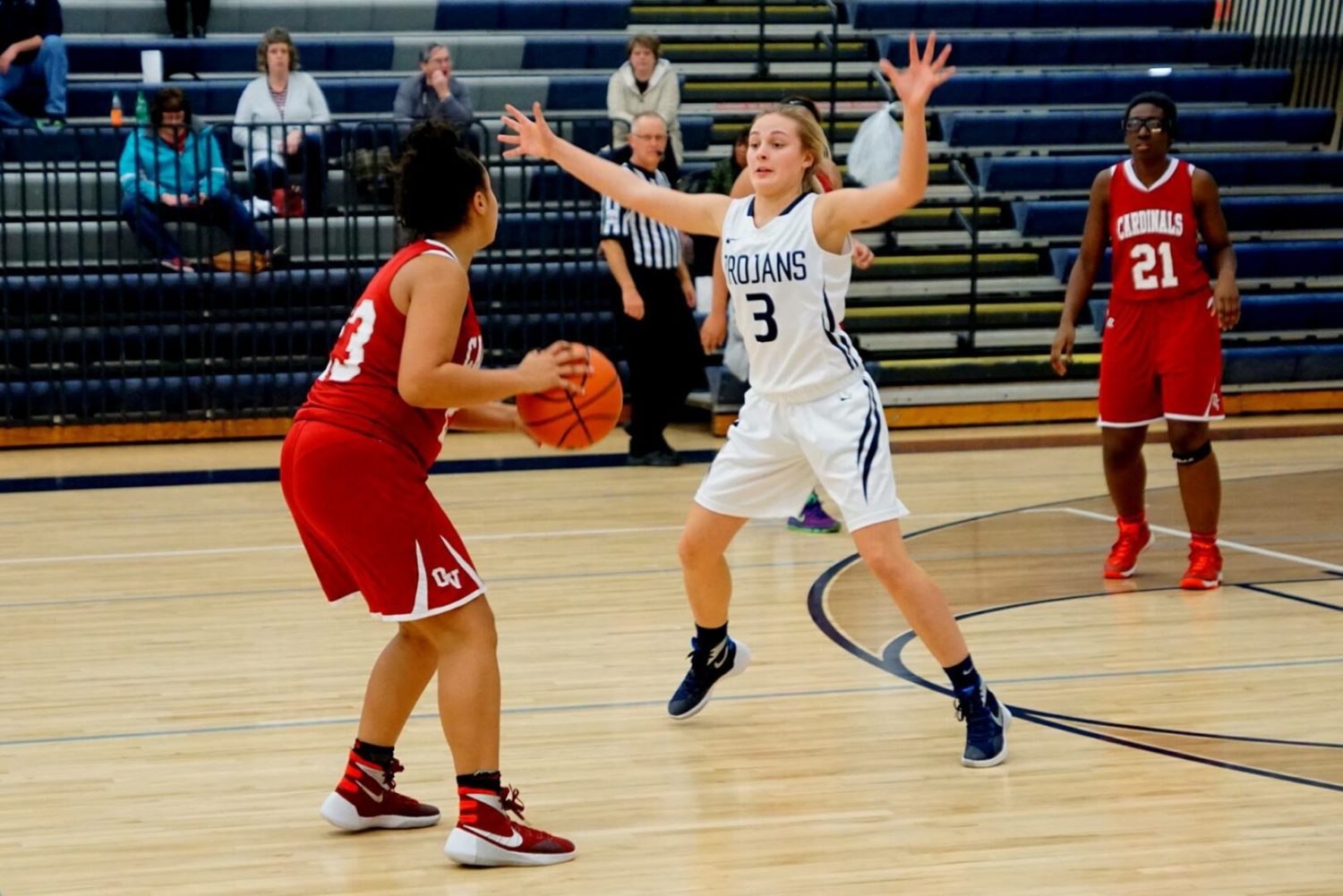