The Grand Rapids Community College Raiders will attest to that. 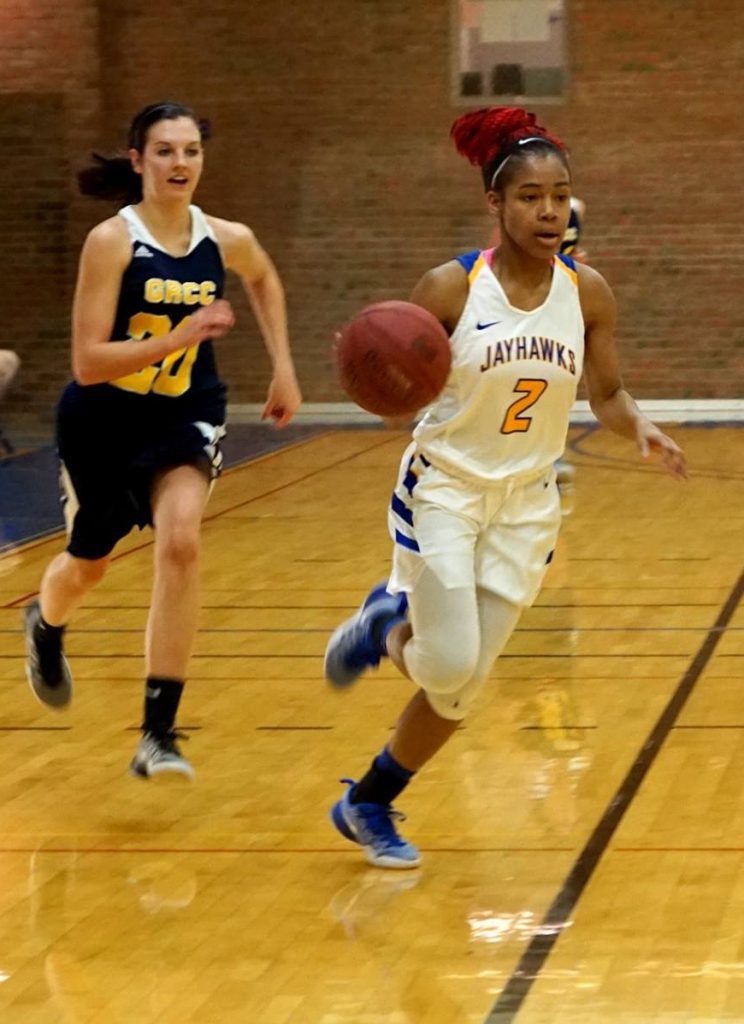 Camaryia Williams controls the possession up the court for MCC. Photo/Leo Valdez

The Jayhawks forced 33 GRCC turnovers Wednesday night en route to a 60-39 victory at home in their first Michigan Community College Athletic Association game of the season.

MCC put its defense on display from the opening minutes, forcing nine turnovers in the first quarter and 11 in the second.

That allowed the Jayhawks to use their transition game to grab a 13-10 lead after one quarter and 31-18 edge at halftime.

Kalisa Williams and Jena’a Matthews each led the Jayhawks with seven points in the first half, while GRCC was led by Makayla Beld with six points.

A quick 44-second, 7-0 MCC run late in the third quarter helped the Jayhawks grab a decisive 47-24 lead at the third buzzer. Kalisa Williams and Camaryia Williams each had two point baskets during the run while Samantha Taylor hit a big 3-pointer. 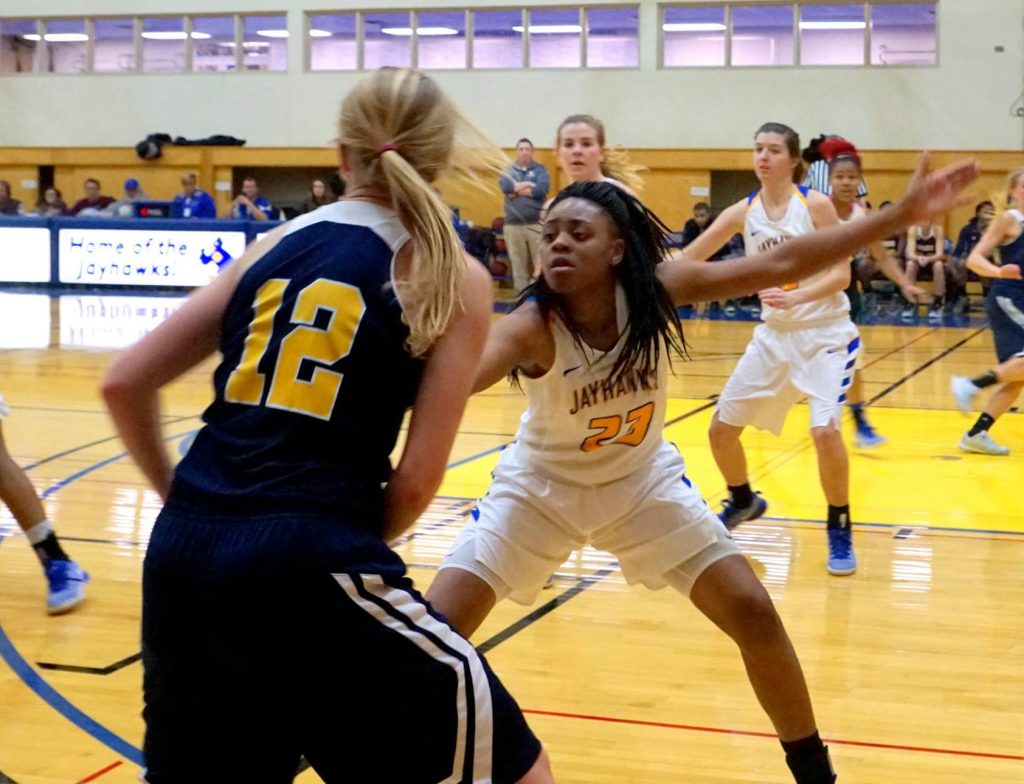 MCC was outscored 15-13 down the stretch, when the victory was already secured.

Camaryia Williams, a sophomore guard, flirted with a triple-double for the Jayhawks, scoring nine points while adding eight rebounds and seven assists. She also had five steals on the night.

“In the first half I was kind of struggling and at halftime I talked myself up,” Williams said. “In the second half I came out with more enthusiasm and played better.”

“Last year she was a big scorer for us,” Parker said about Camaryia.  “This year she’s basically doing everything for us. It’s the type of kid she is. She’ll do anything for us to win.”

Bailey Freeland led Muskegon with 13 points on the night while Kalisa Williams finished with 11 points and eight rebounds.

While Parker was pleased with her team’s defensive performance, she was not thrilled with its marksmanship. The Jayhawks shot only 33 percent from the floor in the contest, which would have posed problems in a tighter game.

“I tell the kids, ‘We shoot here every day, how can we shoot so bad?’” Parker said. “Sometimes we talk about how fast we play, because as fast as we play, we’re going to miss some shots from time to time.”

Beld had 17 points and 12 rebounds for GRCC, which dropped to 7-4 on the season.

The Jayhawks will visit Kellogg Community College on Saturday in their second conference game of the season. 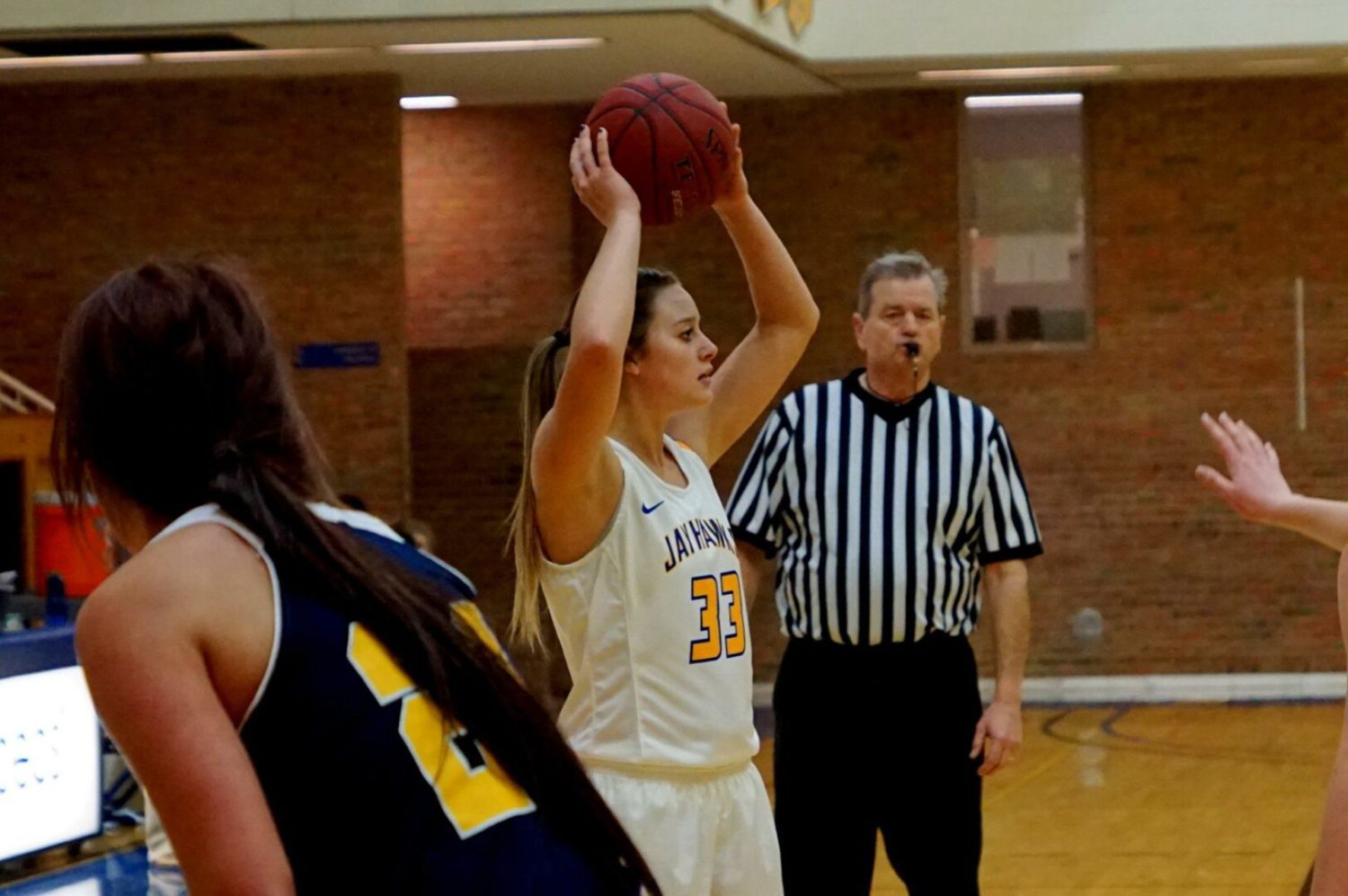 Kelsey Hackbardt looks for the opening on offense for MCC. Photo/Leo Valdez 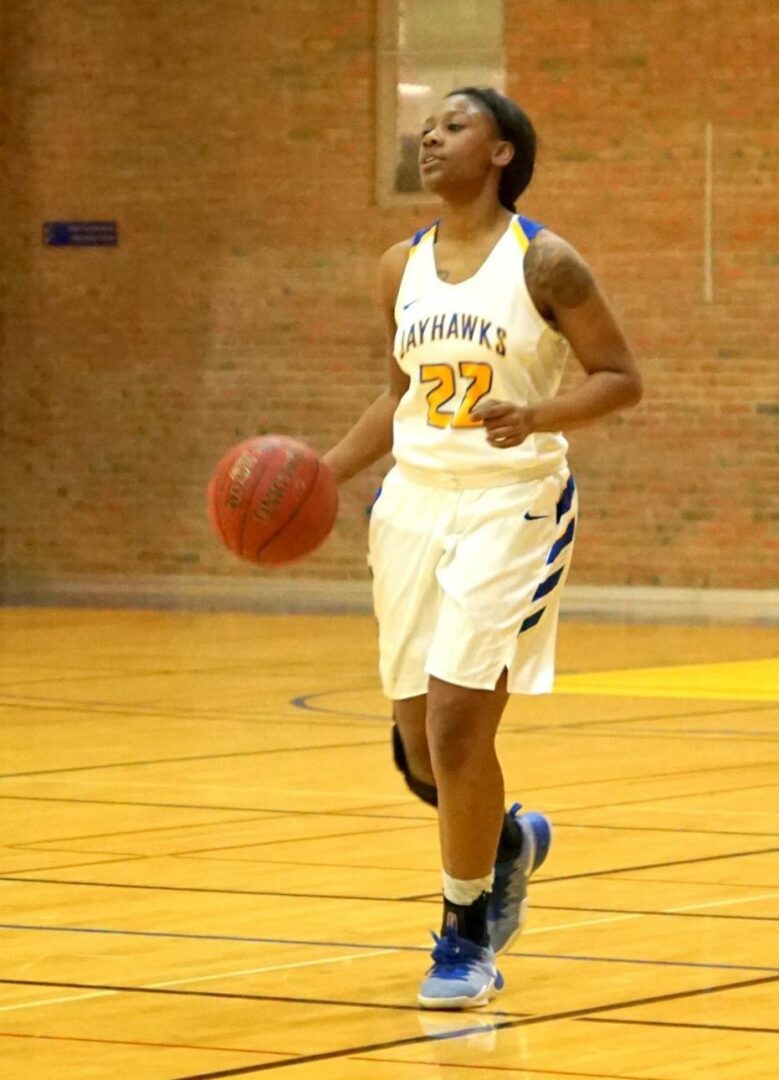 Kalisa Williams sets up a play during a recent game. Photo/Leo Valdez 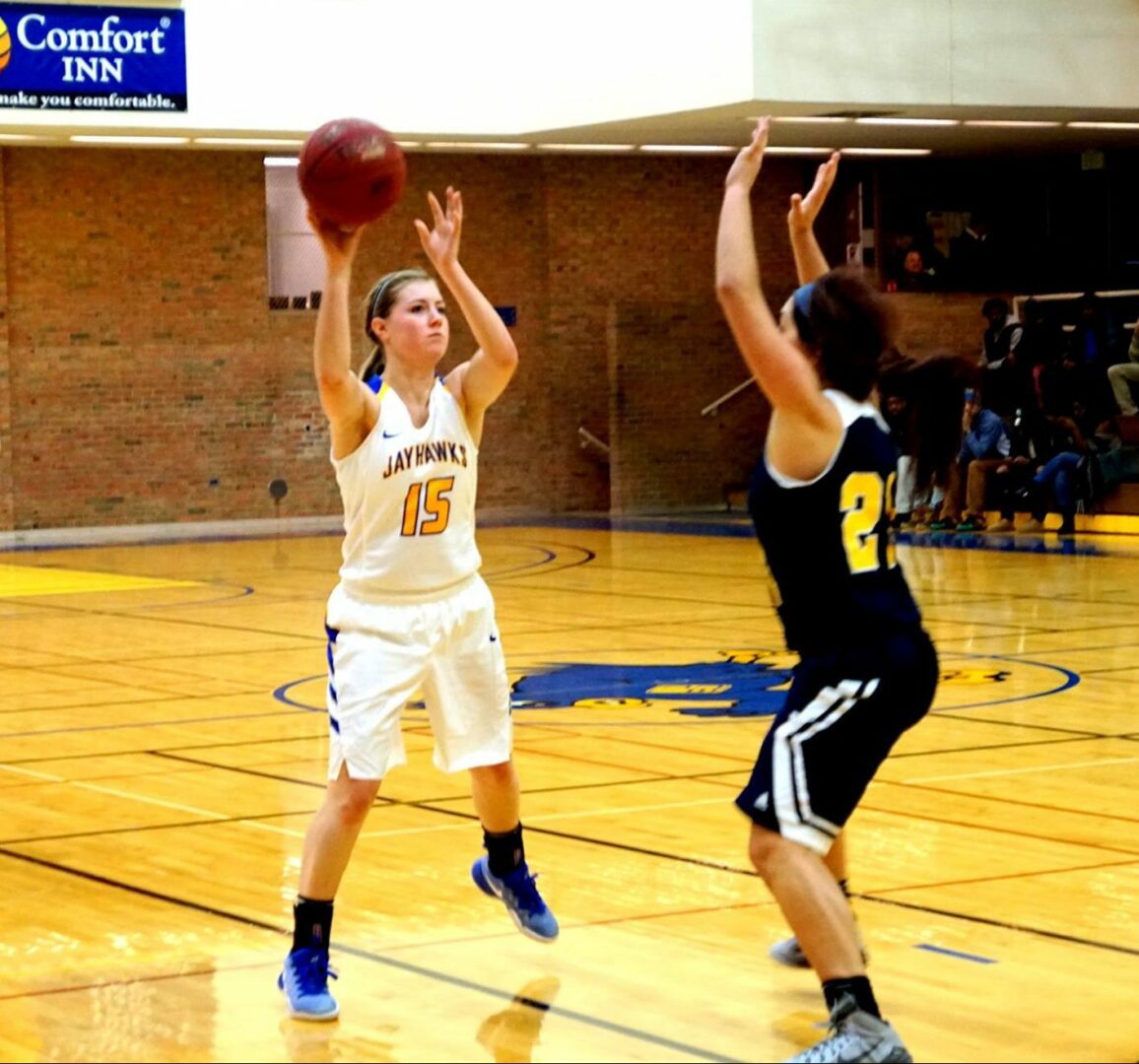 Taylor Schmitt makes the pass for the Jayhawks. Photo/Leo Valdez

Neely has a nice night at the plate, but Mona Shores drops two to Kenowa Hills