MUSKEGON – The Muskegon Lumberjacks have counted on their three top point producers – Collin Adams, Andrei Svechnikov and Bo Hanson – for most of

their offense throughout the first half of the season.

But a bunch of their teammates got in on the action on Friday night.

Five Lumberjacks scored against the Youngstown Phantoms, resulting in an impressive 6-2 victory in front of 1,431 fans at L.C. Walker Arena.

The Lumberjacks are now 17-11-2 on the season, good for 36 points and fifth place in the USHL’s Eastern Conference. They are currently one point behind the Phantoms and Green Bay Gamblers.

Muskegon will host the Chicago Steel on Saturday night at 7:15 p.m.

The Lumberjacks led 1-0 after the first period and had a 3-0 advantage after two frames, before the teams exchanged three goals in the third period. 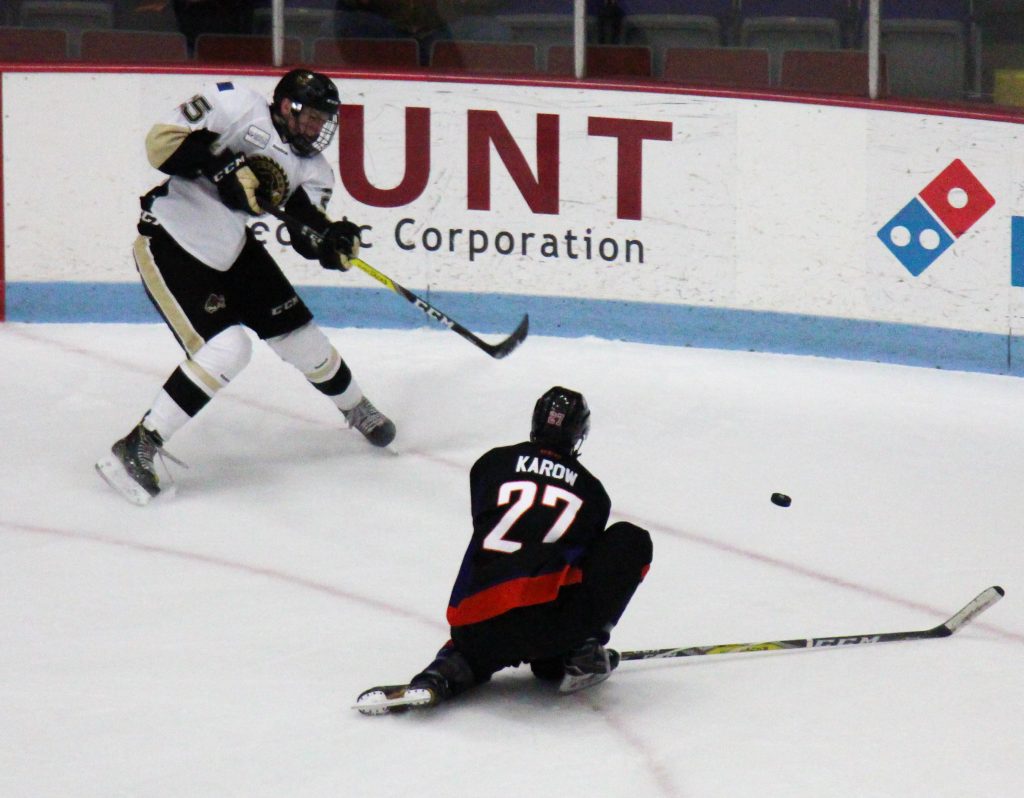 Keeghan Howdeshell led the way for Muskegon with two goals, including the game-winner and an empty-netter in the final minute of the game. Colby Bukes, Jachym Kondelik, Anthony Del Gaizo and Adams also lit the lamp for Muskegon.

“The guys played hard tonight,” said Lumberjacks Coach John LaFontaine. “They were playing for each other. It was fun to watch and that’s how we need to play every night.”

The Lumberjacks avoided potential trouble early in the second period when they committed three penalties in a span of 2:08. They got through it without giving up a goal, despite being at a two-skater disadvantage for nearly two minutes.

The Jacks killed off six of seven Youngstown power plays in the game.

“It was 1-0 at the time, we killed those (penalties) off and then we scored to make it 2-0,” LaFontaine said. “That was a big part and point of the game. The guys were smart and strong, they kept everything out of the net.”

Muskegon’s goaltender Keith Petruzzelli turned in a strong performance, especially during the first two periods, when he held Youngstown scoreless. He stopped 28 of 31 Phantom shots to improve his record to 11-6 on the season.

The Lumberjacks opened the scoring on an Adams goal at the 12:31 mark of the first period. Svechnikov and Matt Steeves assisted. 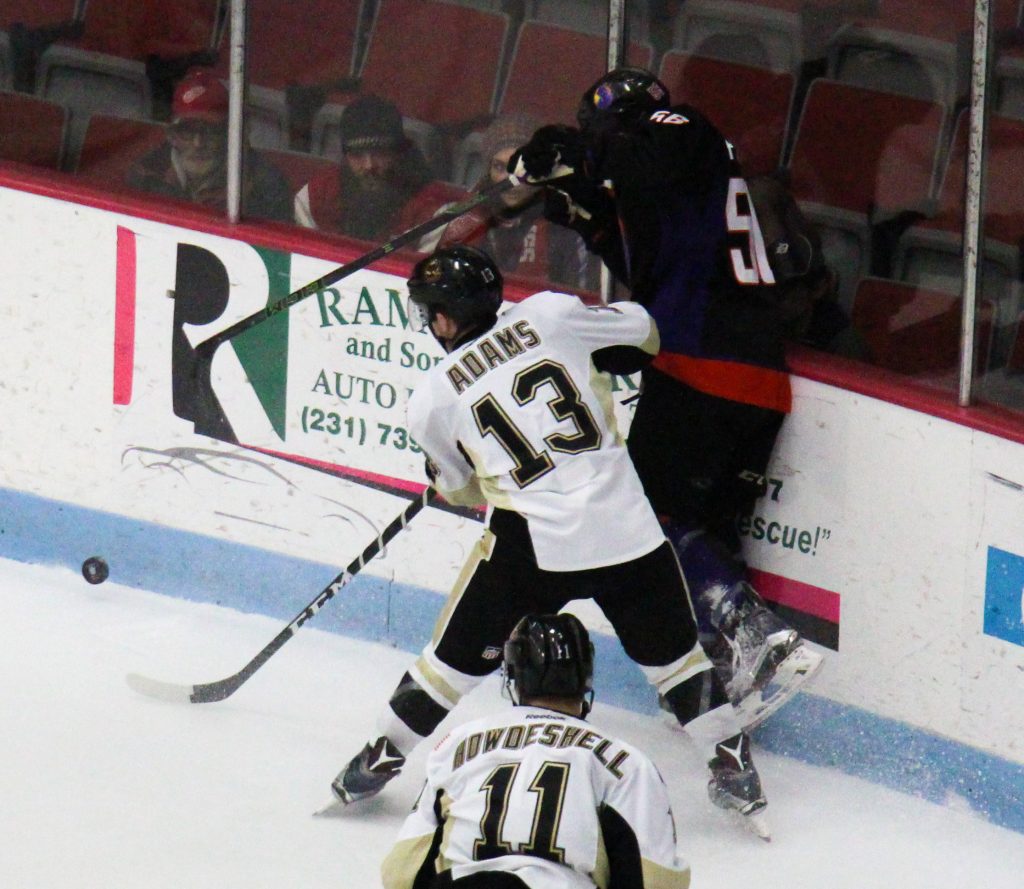 Howdeshell scored 16 seconds into the third period to give the Lumberjacks a commanding 4-0 advantage.

The Phantoms finally got on the board at the 5:52 mark of the third period on a goal from Coale Norris. The Lumberjacks responded with a goal from Kondelik 10 seconds later to take a 5-1 lead.

Muskegon added the empty net goal from Howdeshell at the 19:02 mark of the third period. Youngstown closed out the scoring with 17.1 seconds left on an Eric Esposito goal.