MUSKEGON – Sooner or later, the Muskegon Lumberjacks had to run out of shootout luck.

Coming into Saturday’s game against Dubuque, they were 5-0 in sudden death shootouts this season. That streak

But this time the Jacks came up short, falling 2-1 to the Fighting Saints.

Dubuque outscored Muskegon in the shootout by a 2-0 margin, on goals from Colin Theisen and Cole Guttman.

“We have been fortunate in shootouts, and I’ll bet Briz (Lumberjacks goalie Adam Brizgala) wanted those shots in the shootout back,” said Lumberjacks Coach John LaFontaine. “But he played a heck of a game for us. I thought the last two periods and overtime we turned the tables on Dubuque. We only had three shots after one period and ended up with 28 total. 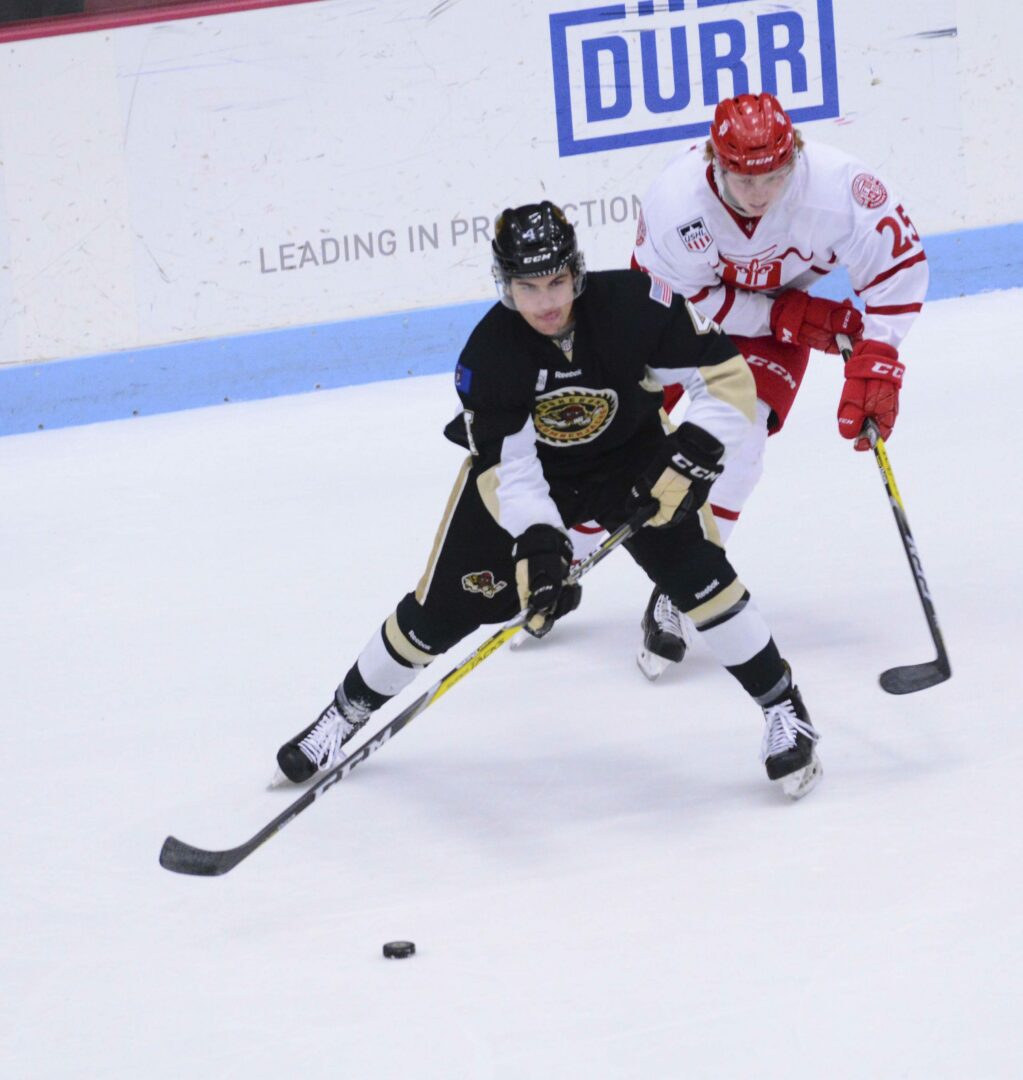 “You always want to win, but I am still proud of these guys.”

Both teams gained three points in the standings over the two-game weekend series, keeping the Lumberjacks in third place in the USHL’s Eastern Conference with a 23-12-3 record. They have 49 points and are two points behind second-place Dubuque and six behind first-place Chicago.

Dubuque outshot the Lumberjacks by a wide 14-3 margin in the first period, but only manage to score once. That goal came from Regan Cavanaugh at the 11:54 mark.

The Lumberjacks were given a glorious opportunity to score the equalizer with a 5-on-3 power play with 7:15 remaining in the third period.

Svechnikov took advantage with the game-tying goal for Muskegon 44 seconds later.  Koby Bender and Bo Hanson assisted on the tally.

The game extended to a seven-minute overtime period which was scoreless, then the three-round shootout, which features goalies taking turns going one-on-one with opposing shooters.

The Fighting Saints found the net twice with goals from Theisen and Guttman, settling the issue.

The Lumberjacks outshot Dubuque by a 28-24 margin. 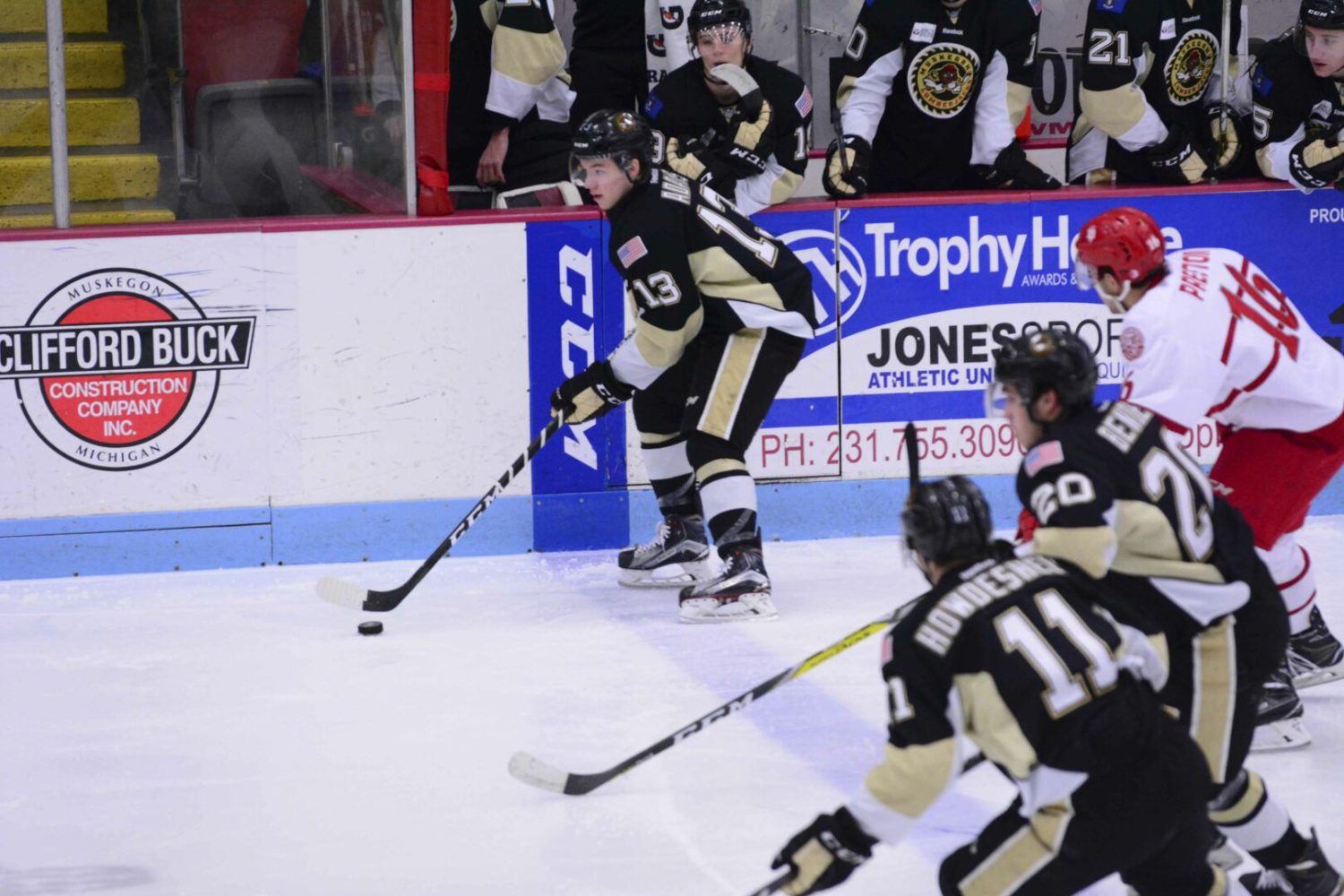 Collin Adams brings the puck back into the Muskegon zone. Photo/Marc Hoeksema 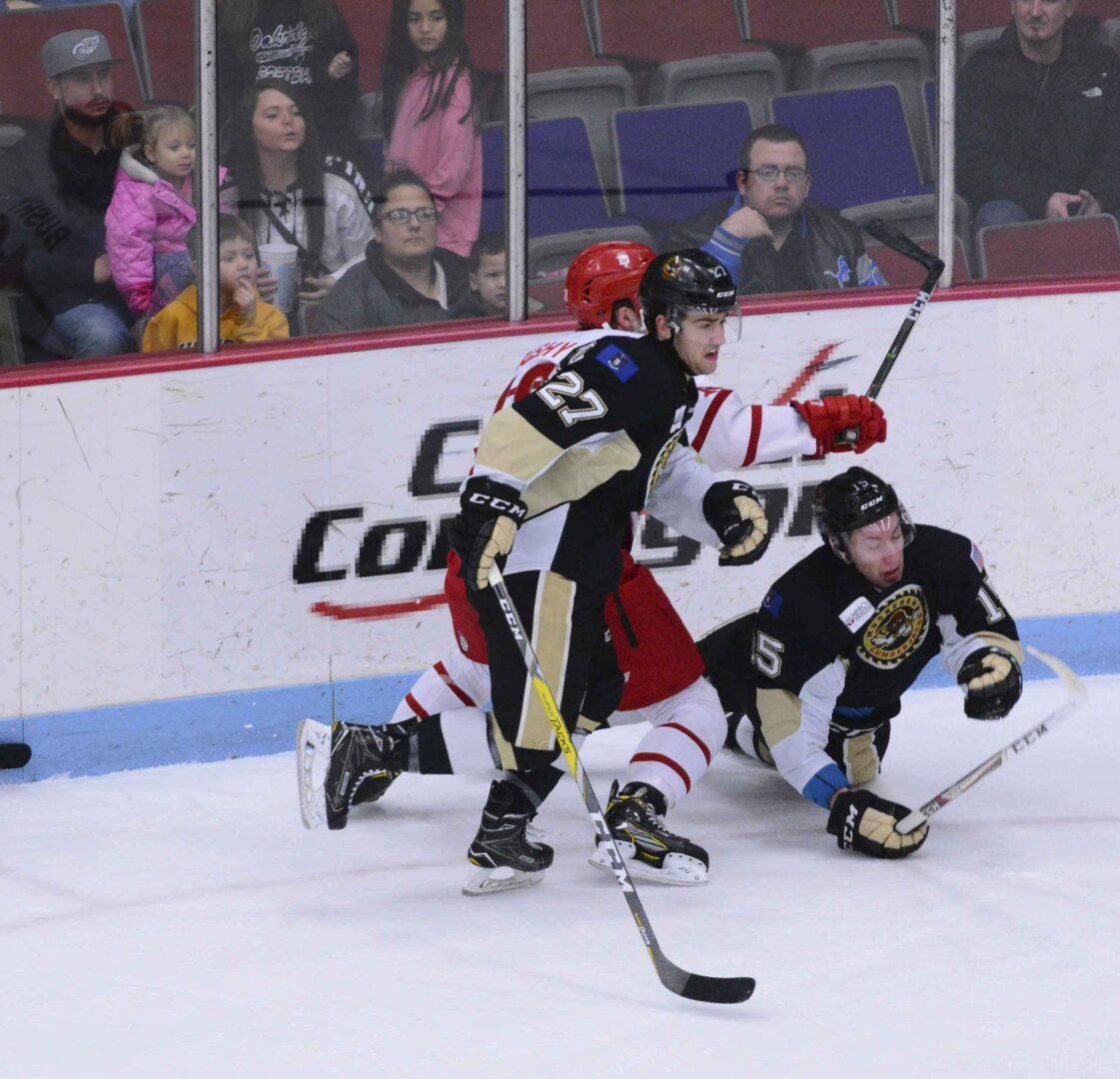 Garrett VanWyhe gets knocked down while No 27 Anthony Del Gaizo looks for the Muskegon puck. Photo/Marc Hoeksema 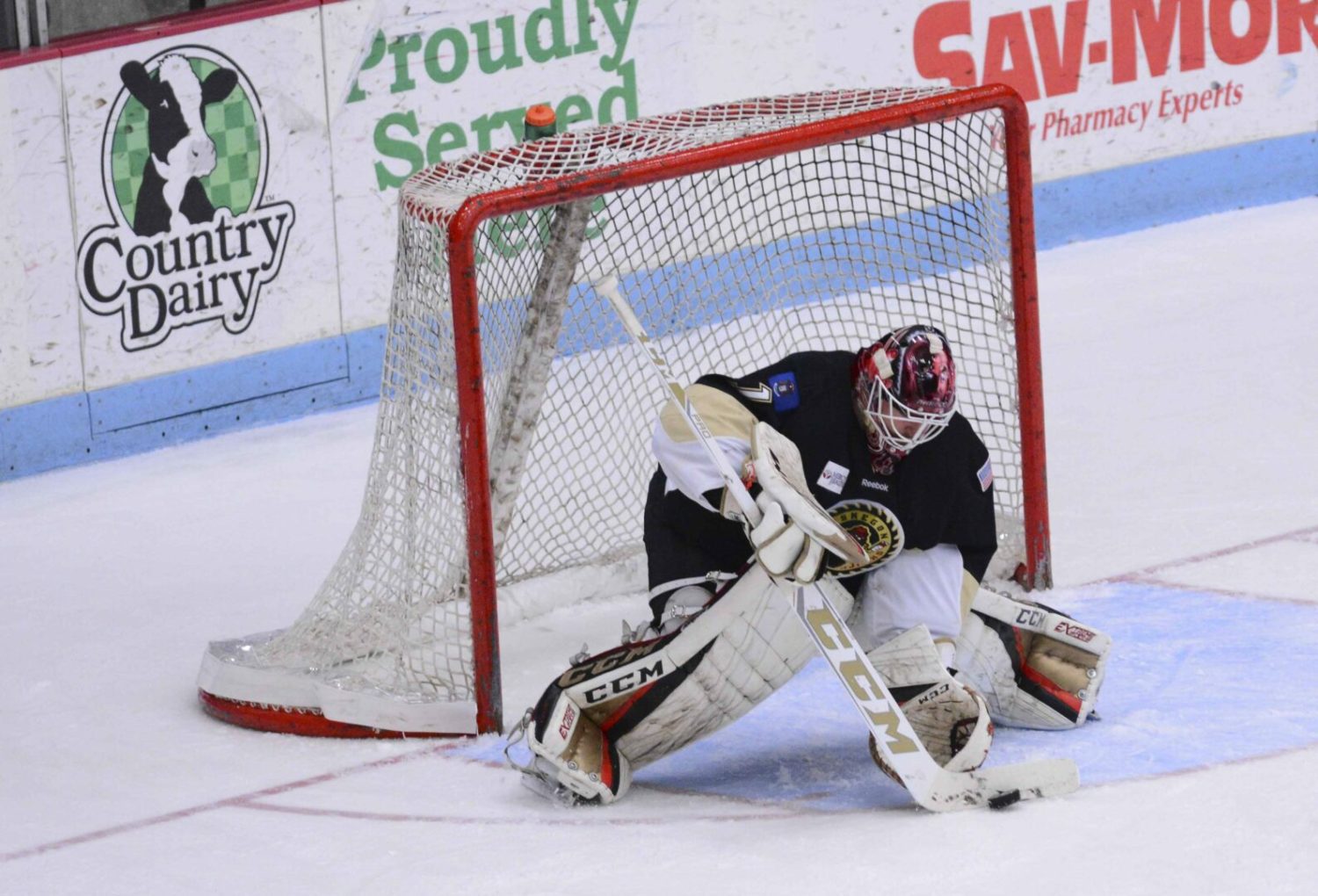 Adam Brizgala gets ready to make a play on the puck for Muskegon. Photo/Marc Hoeksema 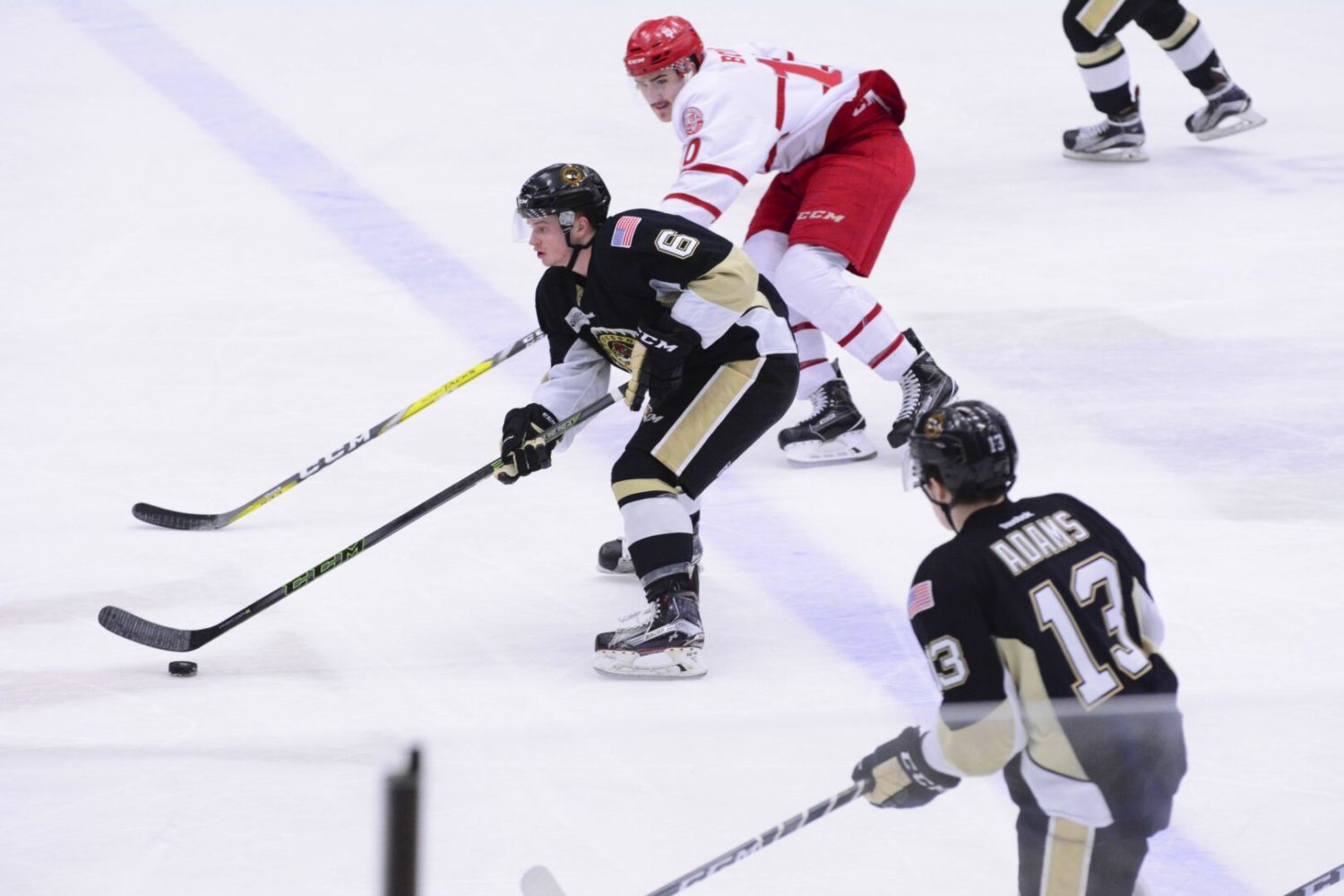 Cooper Zech manages the puck for Muskegon with Michael Boyle pursuing from the side. 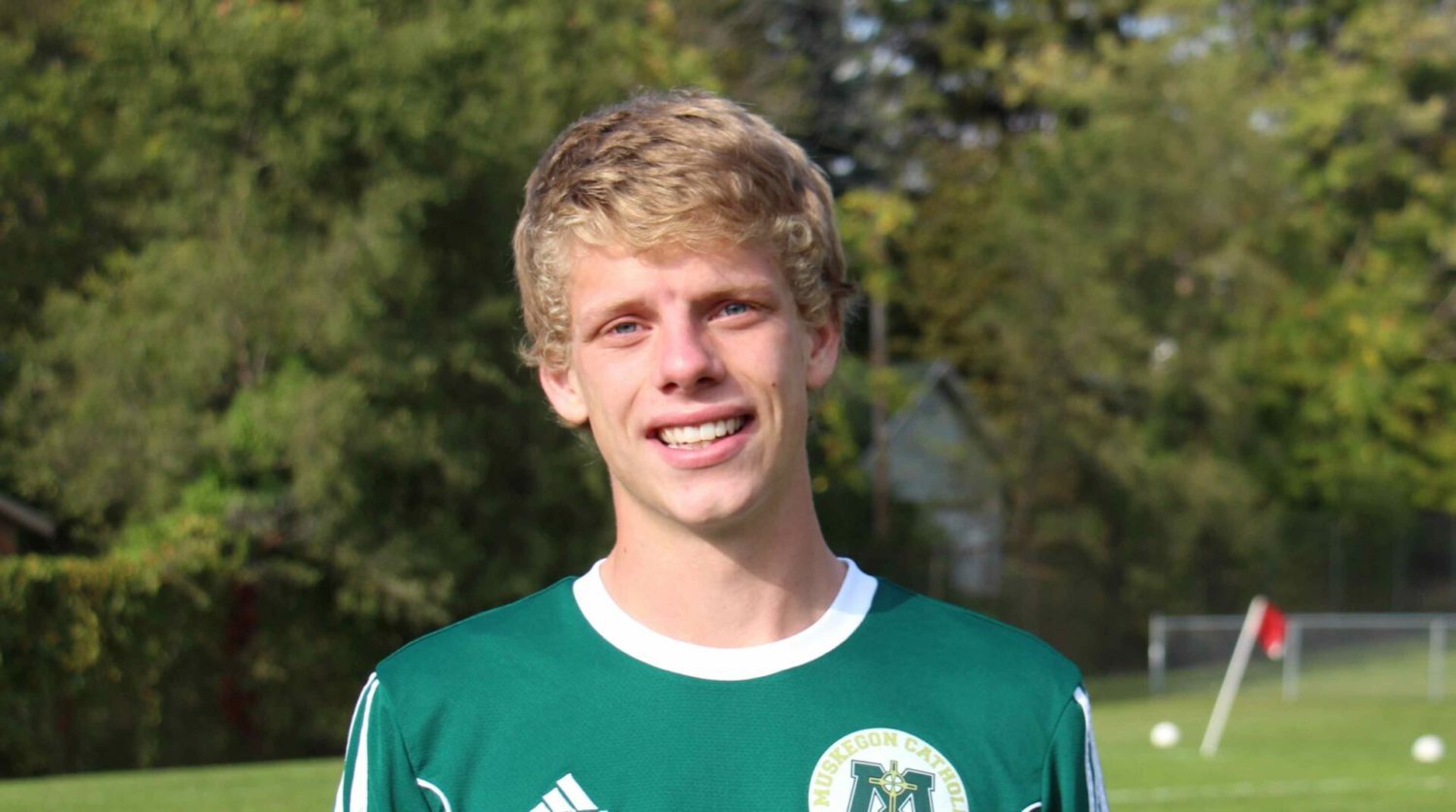