The Mona Shores boys basketball team earned its second win of the season with an exciting 58-56 overtime victory over host Reeths-Puffer on Friday in O-K Black Conference action.

The Sailors led 28-27 at halftime. Reeths-Puffer pulled ahead 38-35 after three quarters, and led by six points early in the fourth, but Mona Shores rallied and tied the game 54-54 at the end of regulation.

The Sailors outscored the Rockets 4-2 in OT.

Freshman Jarvis Walker had 18 points and five rebounds for Mona Shores while sophomore James Gilbert had a double-double with 15 points and 15 rebounds. 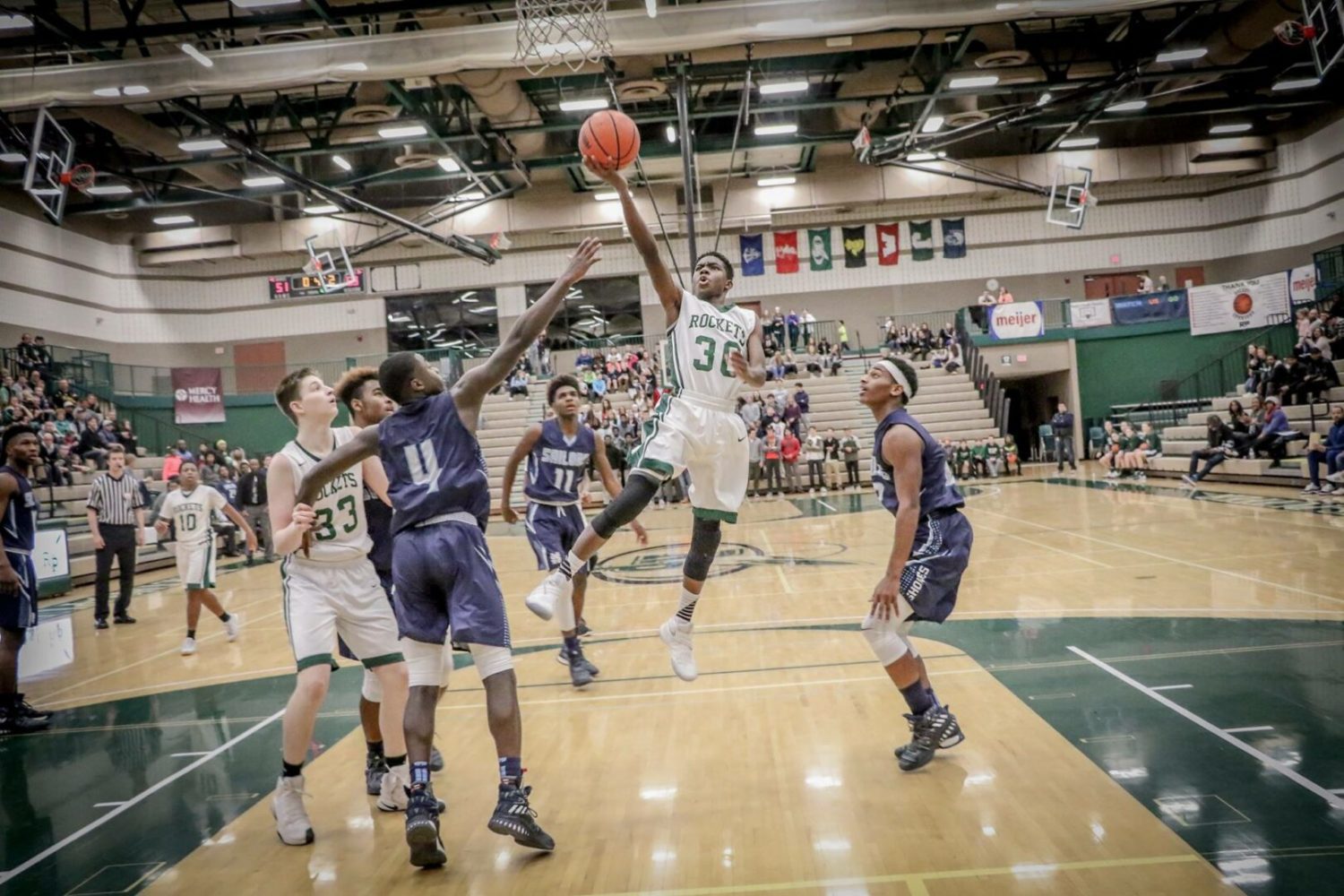 Emcee Williams takes it to the hoop for Reeths-Puffer. Photo/Joe Lane 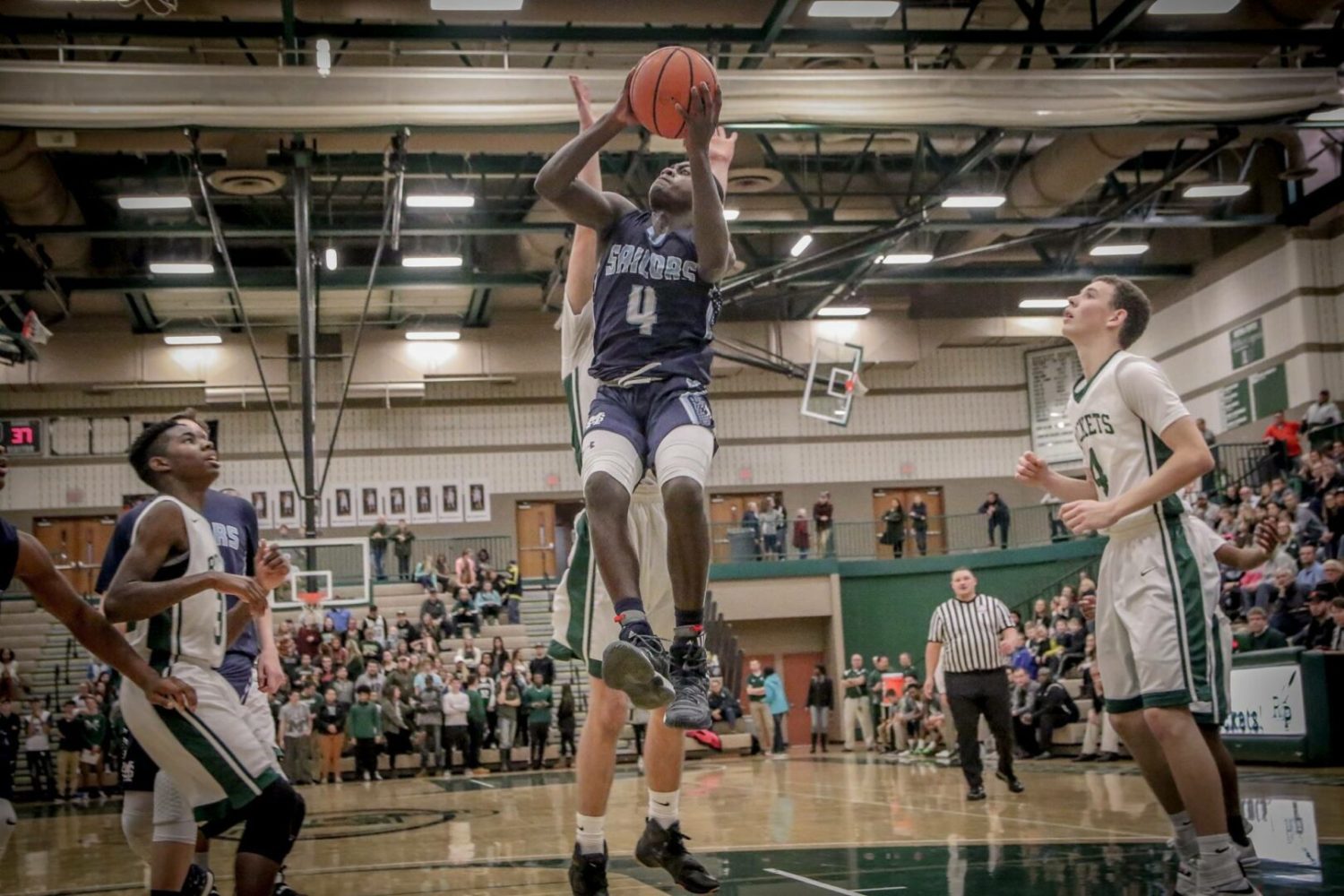 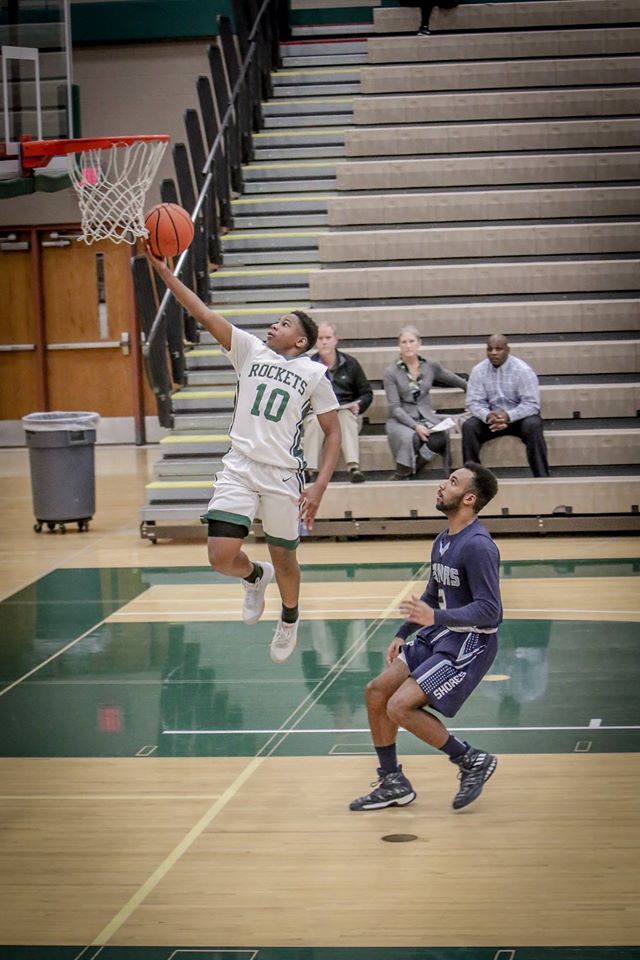 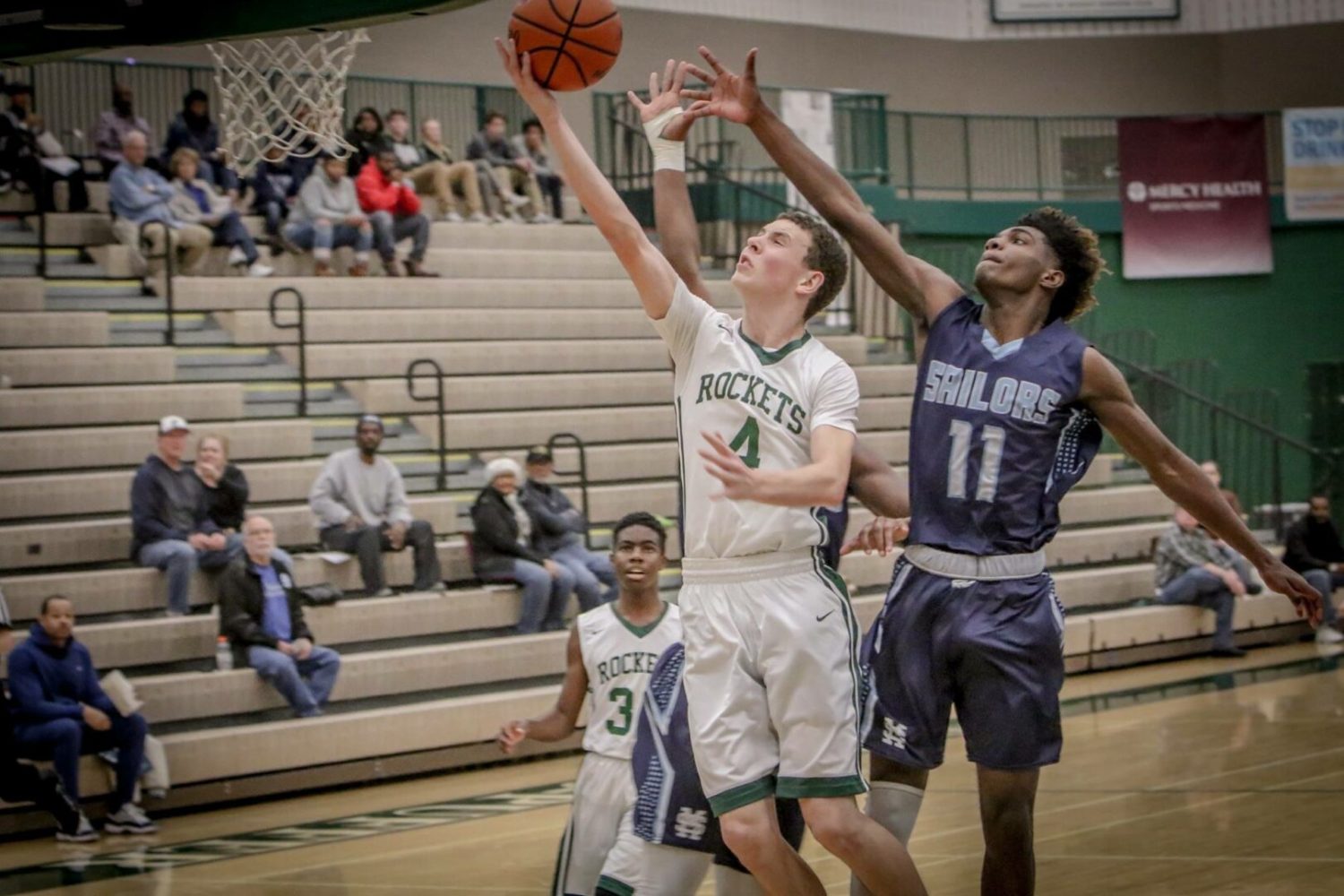 Carter Fulton gets to the hoop with Mona Shores’ No. 11 James Gilbert going for the block. Photo/Joe Lane 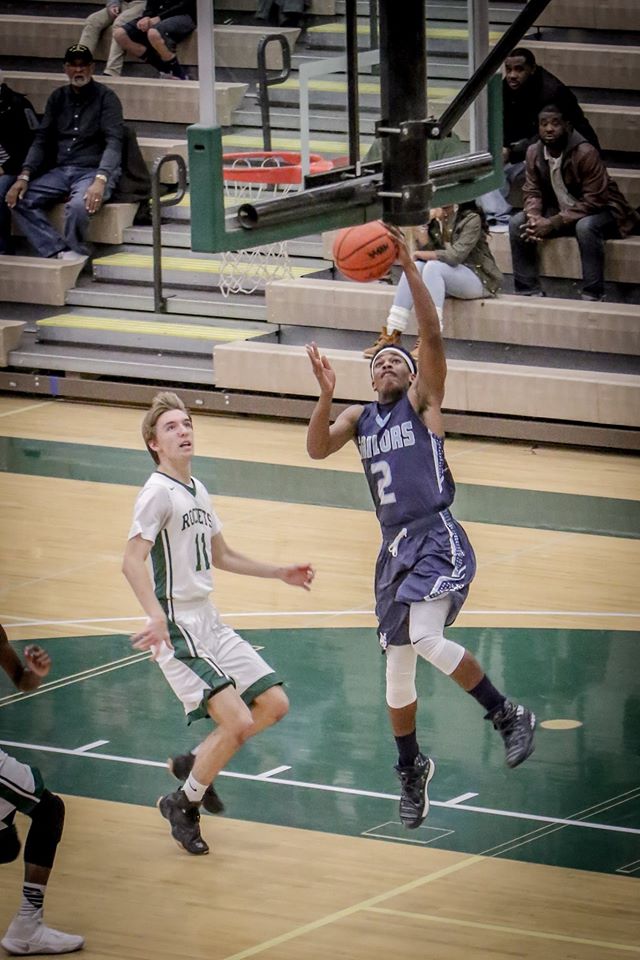