NORTON SHORES – The Mona Shores hockey team likes to have quality competition every year at the Stan Konrad Memorial Tournament, to measure

their progress at midseason.

And Grand Rapids Christian is a high-quality team. 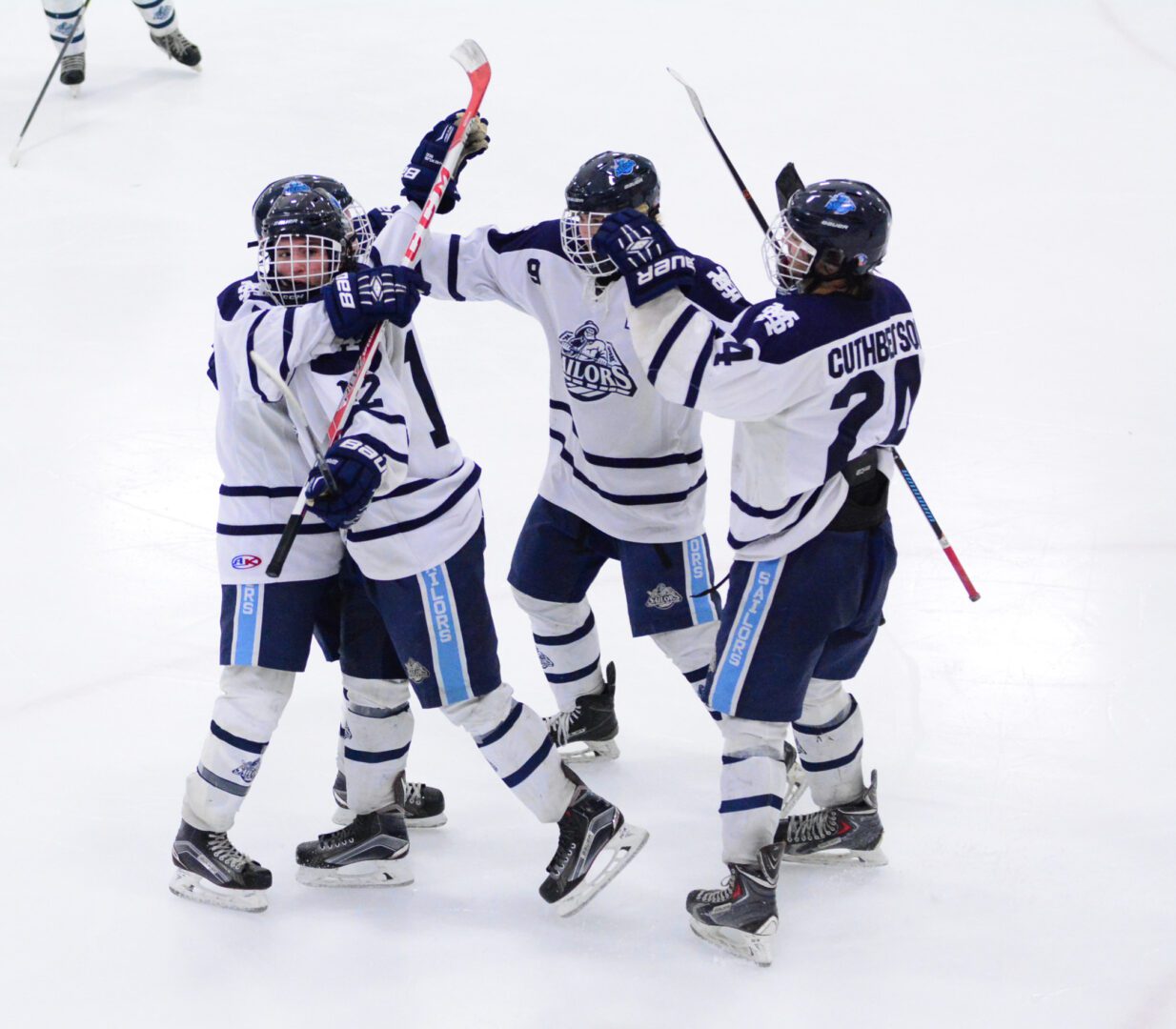 The Sailors took the ice against Christian on Saturday in the finals of the Konrad tournament, hoping to replicate their strong showing in the semifinals on Friday and pick up a trophy.

But they were no match for the Eagles, who grabbed a 9-3 victory over Mona Shores at Lakeshore Sports Centre and won the tournament for the second year in a row.

“They were fast,” said Mona Shores Coach Dan Quaine. “They were on us today. They have three or four strong lines. They have some good players. “They are a good team, well coached, and we knew it was going to be a battle. They took the play pretty good to us today.”

“When you look at our schedule, we try to have strong opponents so we’re preparing every game for upcoming conference games and playoffs. We’re going to learn a lot from this game, and hopefully take those lessons and apply them later.” 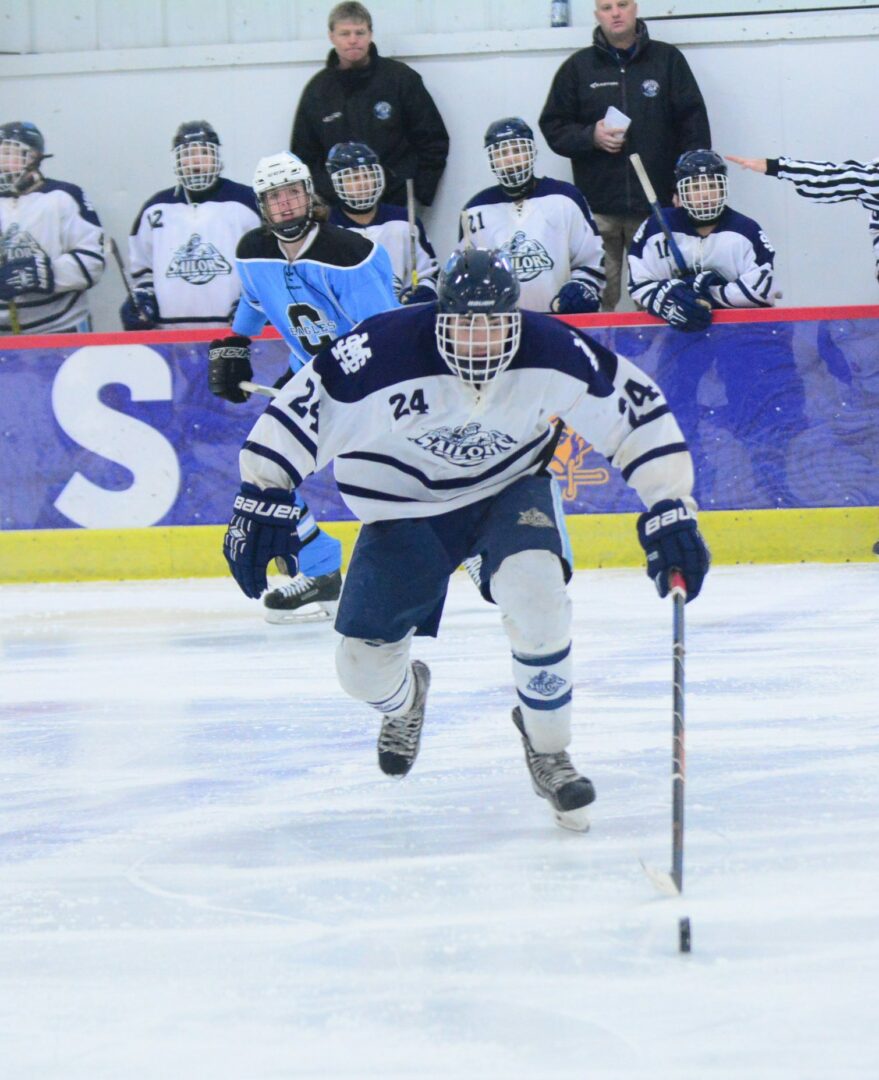 Grand Rapids Christian took control of the game in the first period, grabbing a 3-1 lead after one period on goals by Ashton Bol, Josh Hartlein and Brad Baysore.

Mona Shores got a first-period goal from Brandon Ledyard.

The score was 6-2 after two periods, with the Eagles getting goals from Kavanaugh Kane, Nick Workman and Kenlee Dome. The Sailors collected a power play goal from Caleb Boes.

Grand Rapids Christian sealed up the victory and the championship with three straight goals in the third period, from Josh Hartlein and a pair from Cole Stenstrom.

Matt Martin scored late in the game for Mona Shores.

The Eagles outshot the Sailors in the game 36-21.

The weekend wasn’t all bad for the Sailors.

They opened the tournament with a 4-2 win against East Kentwood in Friday’s1 semifinals. 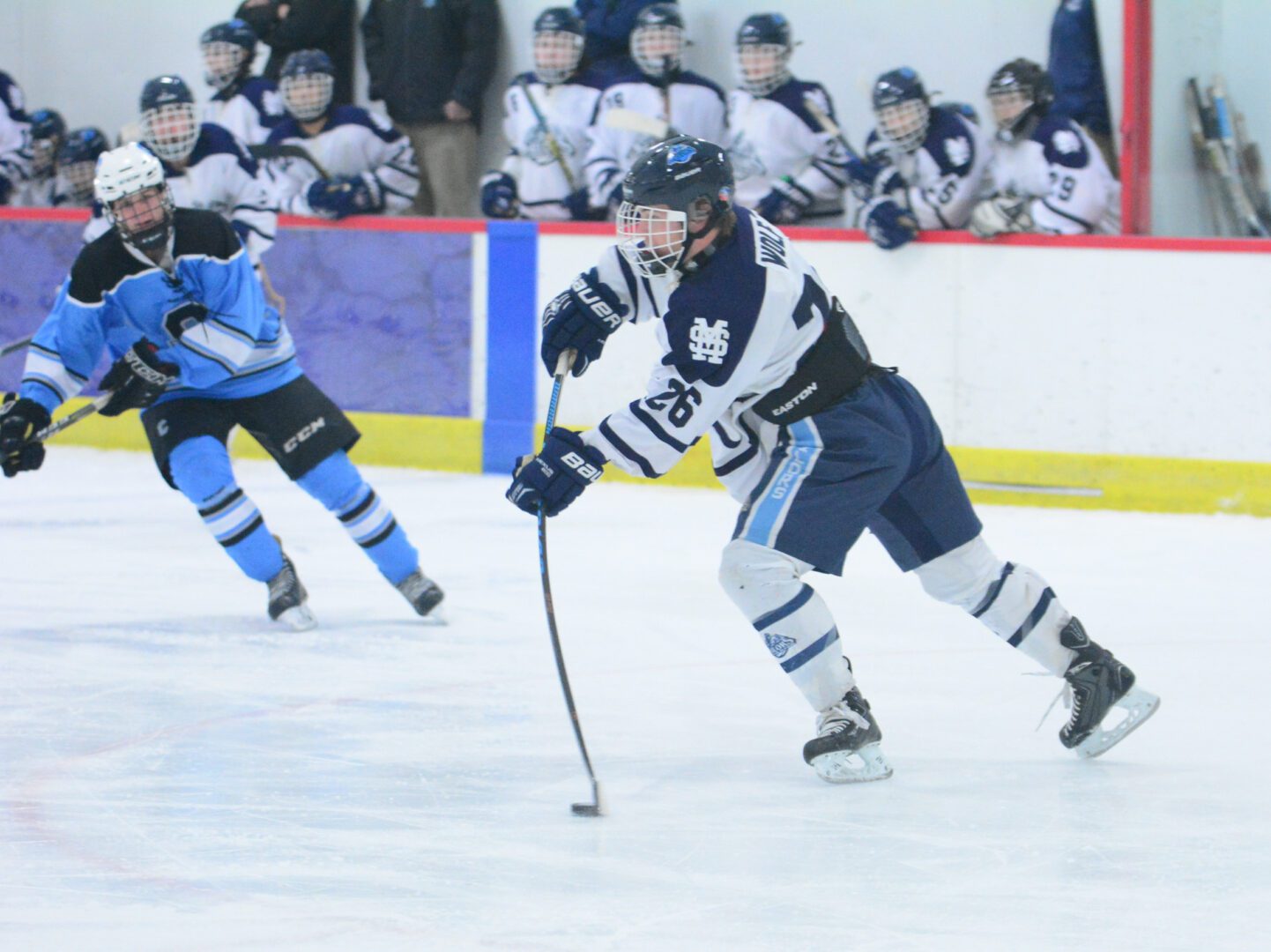 Ledyard had a good weekend for Mona Shores, collecting three assists on Friday, a goal and an assist on Saturday and making the All-Tournament team.

The Sailors, who have a young roster this season with seven seniors, eight juniors, three sophomores and two freshmen, dropped to 3-8 on the season.

But Quaine says he’s not giving up on the season. Mona Shores is 1-2 in the O-K Conference Tier 1 standings, and still hope to compete for the league title, he said.

“It’s a year where it’s going to take a little bit to find out where we’re at,” said Quaine, whose team advanced to the Division 2 regional finals in the state tournament last season. “We’re building on some things and trying to get guys in the right positions.”

Whitecaps get a walk-off win in 10th inning, capture their sixth straight victory