MONTAGUE – Merritt Hamann has always been a guard stuck inside a post player’s body.

He was one of the tallest players in his class, so his youth and middle school basketball coaches wanted him to post up and operate in the paint, because everyone thinks that’s where tall players belong. 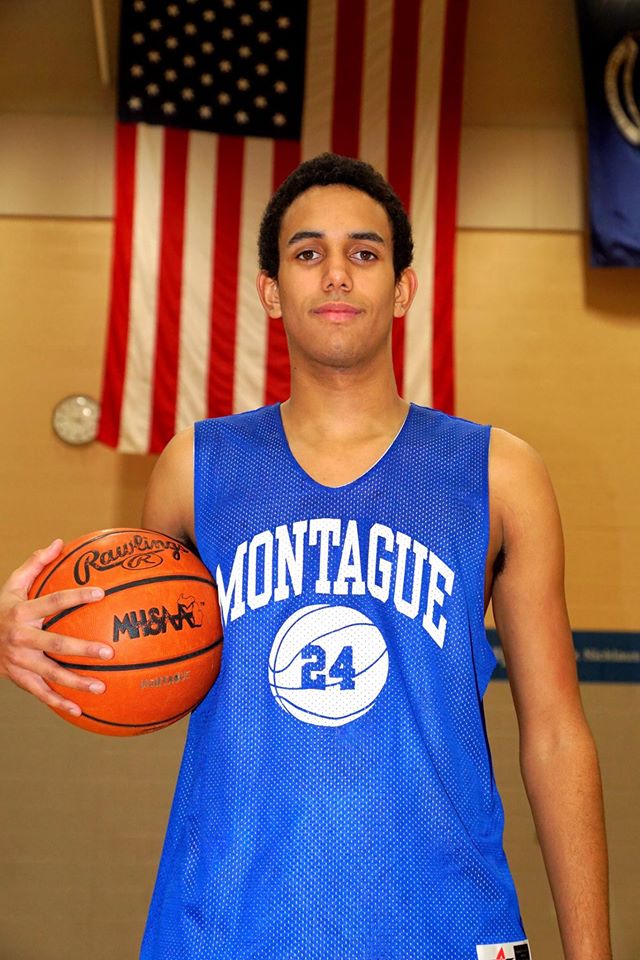 But Hamann’s skill set has turned that old school thinking upside down.

“When I was in eighth grade, they tried me in the post, but I never really liked playing in the post,” said Hamann, a 6-7, 195-pound guard/forward who has a soft outside shot and the ability to drive to the bucket like much smaller players. “I’ve always felt more comfortable playing away from the basket.”

Hamann’s unique skill set has been a perfect fit for the Montague varsity basketball team for the past four years.

As a senior this winter, he has led the Wildcats to a 3-1 start and is filling up the stat sheet in a number of categories. He’s currently averaging 19 points, nine rebounds and five assists per game and is drawing recruiting interest from Kalamazoo College, Alma College and others.

Osborne said he initially didn’t plan on bringing Hamann up to varsity as a freshman, but there was a need on the roster at the time, and the coach was intrigued by his potential.

“At the end of my eighth-grade year, coach said that ‘I see a lot in you, and said there was a possibility that they’d pull me up,” Hamann recalled. “So that summer break I worked really hard every day. I focused on my ball-handling and shooting and just tried to improve my game any way I could so I’d be ready if that opportunity was there.” 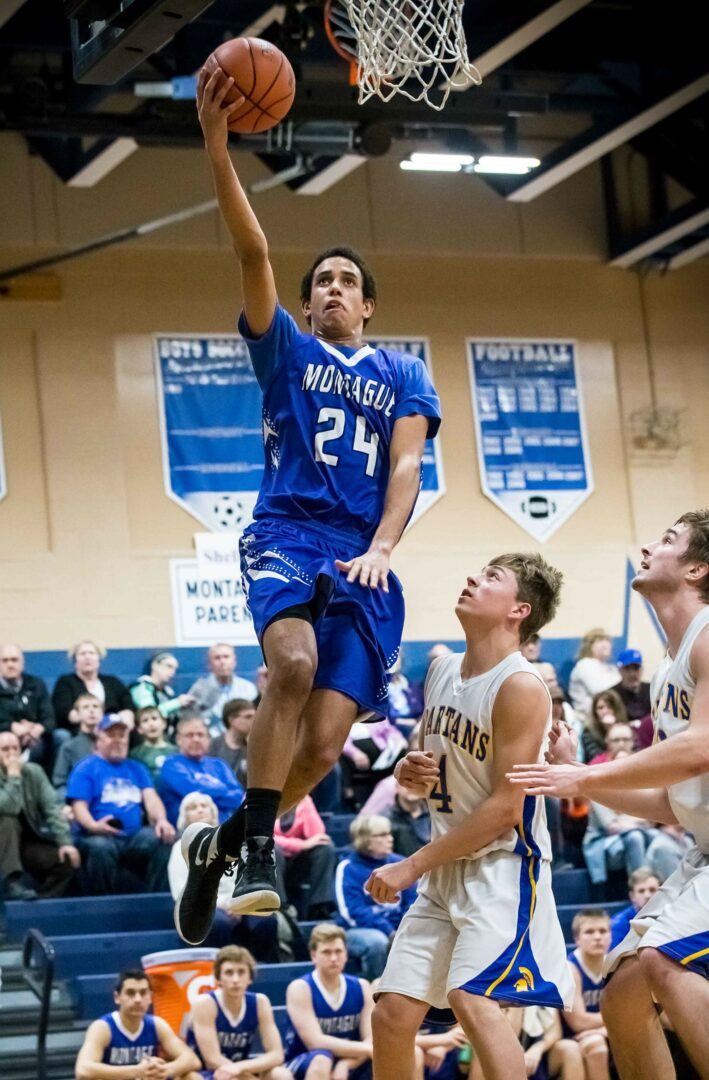 Hamann only stood 6-1 at the start of his freshman season. His height has increased substantially since then, and so has his overall game. He averaged 4.5 points per game as a freshman, 8.5 as a sophomore and 12.5 last year, before pushing the 20 point average mark so far this season.

He’s played several seasons of AAU basketball during the summer, and has been consistently pushed to improve by his father, Rodney Armstrong, who played lower division college basketball in Georgia.

“Since my freshman year, I believe all aspects of my game have improved,” Hamann said. “The biggest thing is now I believe I can score at will. That’s been the biggest (improvement).

“I’m so tall and there’s not many players in the West Michigan Conference that are my height,” he added. “If there’s a smaller guy on me, I can just pull up and shoot over the top, and coach is always telling me that if they’re on me tight, just drive past them. I think I can use my length to my advantage.”

Hamann and the Wildcats appear to be legitimate title contenders in the wide open West Michigan Conference this season. They are 3-0 in the league, and will have a key test on Friday night when they host a good Mason County Central squad that beat North Muskegon earlier in the season. 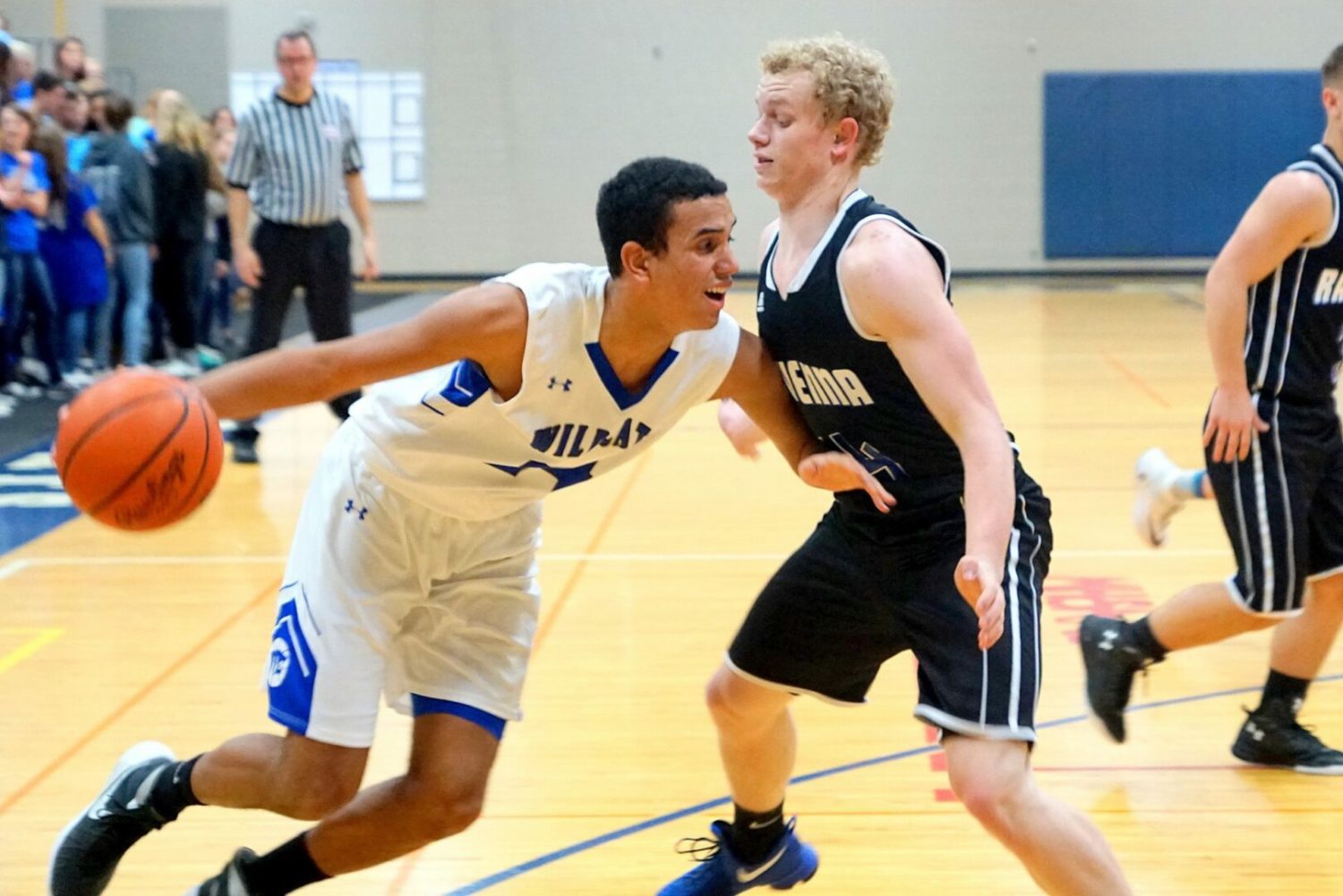 But Osborne said his young squad is dangerous playing an up-tempo game and creating opportunities in transition. They also have enough size to execute in a half-court set, and that will be even more true when senior center Kyle Koetje returns from a knee injury he suffered during football season.

Montague was handed a wake-up call loss in its season opener against a veteran and talented Spring Lake squad, 75-43. The Wildcats will get a chance for revenge in the postseason, because they will play the Lakers in the first round of the Class B districts.

“We were moved up to Class B this year. We were about two students over (the cut-off between Class B and C),” Osborne said. “We’ll be facing a school that’s twice our size, but our kids won’t be intimidated.”

Hamann said he’s excited about that postseason rematch and what the Wildcats can accomplish the rest of this season. He wants to go out with a bang, and post as many wins as possible, particularly since Montague hasn’t won more than 11 games in his three previous varsity seasons.

“My freshman through junior years, we didn’t win as many games as we’ve wanted to,” he said. “I just want to win. That’s all I’m focused on. By the end of my senior year, I want to be a part of a winning team and make it far into the postseason. And I feel this team is capable of doing that.”