With the first half of the O-K Black Conference schedule now complete, everyone is chasing Muskegon.

So far, it’s been the Big Reds in a runaway. 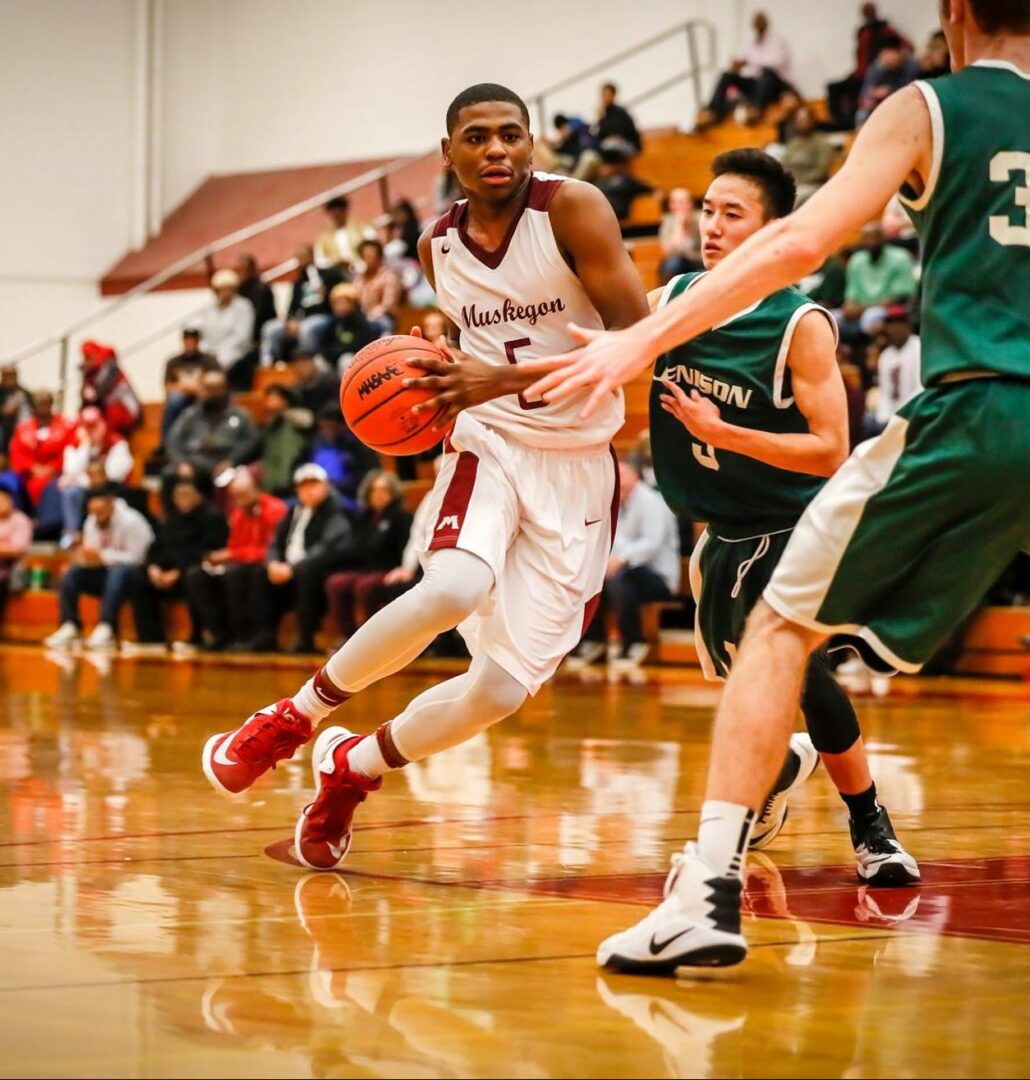 Jermayne Golidy drives through the lane for Muskegon. Photo/Tim Reilly

The Big Reds continued their trek toward a perfect regular season on Friday at Redmond-Potter Gymnasium, with their inside-outside offensive attack and trapping defense wearing down visiting Jenison in a 65-30 victory.

Muskegon, which improved to 12-0 overall, held the flustered Wildcats pointless in the fourth quarter, outscoring them 19-0.

The outcome was familiar for the Big Reds against conference opponents. They’ve outscored the six other O-K Black squads by an average margin of 39 points this season.

Muskegon head coach Keith Guy said his team’s length at every position is creating headaches for the opposition.

“That’s what this team is, man, a lot of people don’t know,” Guy said. “The length and versatility that these big guys bring, it’s tough for a lot of high school teams to contend with.

Muskegon held leads of 17-10 after one quarter and 29-19 at the half, but when Guy amped up the defensive pressure and trapping after the break, the Wildcats couldn’t stand the heat.

The Big Reds executed their plan to slow down the deadly outside shooting stroke of Jenison junior guard Jacob Boonyasith, who entered the contest averaging 22 points a game. He started on fire against Muskegon, scoring all 10 of his team’s first quarter points, and finished with a game-high 19. 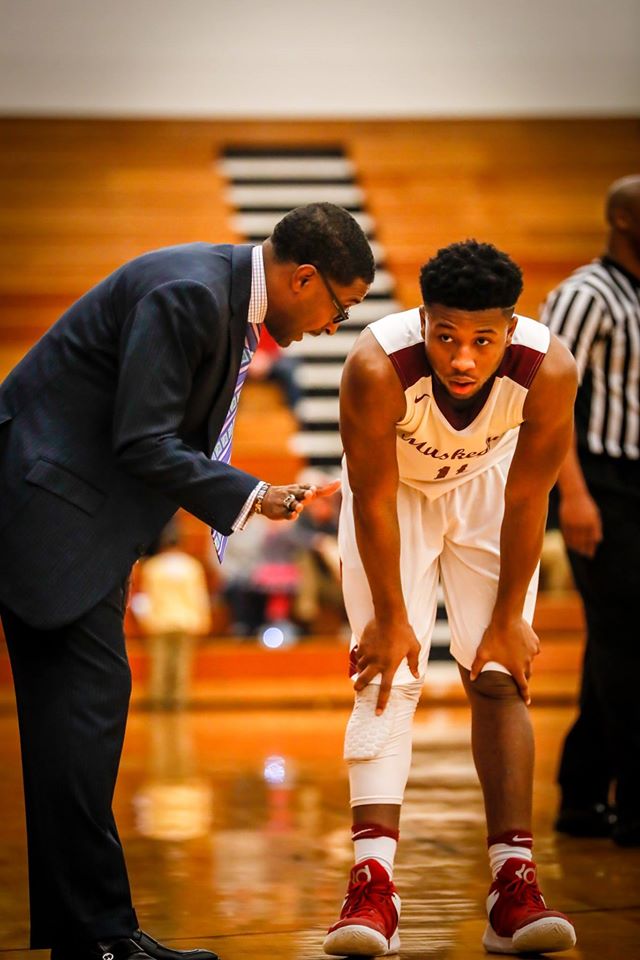 But facing the long arms of Markell Jackson, Jermayne Golidy and Sam Cornett in the Big Reds’ half-court trap proved to be daunting for Boonyasith.

“We knew (Boonyasith) was a big focal point of their offense,” Guy said. “We wanted to hold him to below his season average, which we did, but it didn’t seem like it.”

Muskegon opened the second half with five quick points from 6-foot-5 senior center Anthony Bethea – including a straightaway 3-pointer – and the rout started to pick up momentum.

Bethea, who recently missed three games due to a concussion, scored 13 points. He was one of five Big Reds with eight or more points in the scoring column.

Jackson, who is the tallest Big Reds starter at 6-6, led the squad with 15 points, including a trio of corner 3-pointers.

Another big contribution came from senior forward Jacory Sullivan, who saw little time off the bench a year ago, but continues to gain confidence in his game this season. His ever-improving outside shot helped him total 13 points to go along with three steals against the ‘Cats.

“We take lots of shots in practice and my coaches just told me to trust my shot,” Sullivan said. “And tonight, I believed in my shot and knocked them down.”

Sullivan’s offensive rebound and putback gave the Big Reds a 46-30 lead at the end of three, and Muskegon’s defensive intensity ensured Jenison would remain stuck at 30 the rest of the way.

“That’s what we talk about when we say defense travels,” he added, noting his team’s motto. “We can’t take our defense to other gyms and not bring it to our own.” 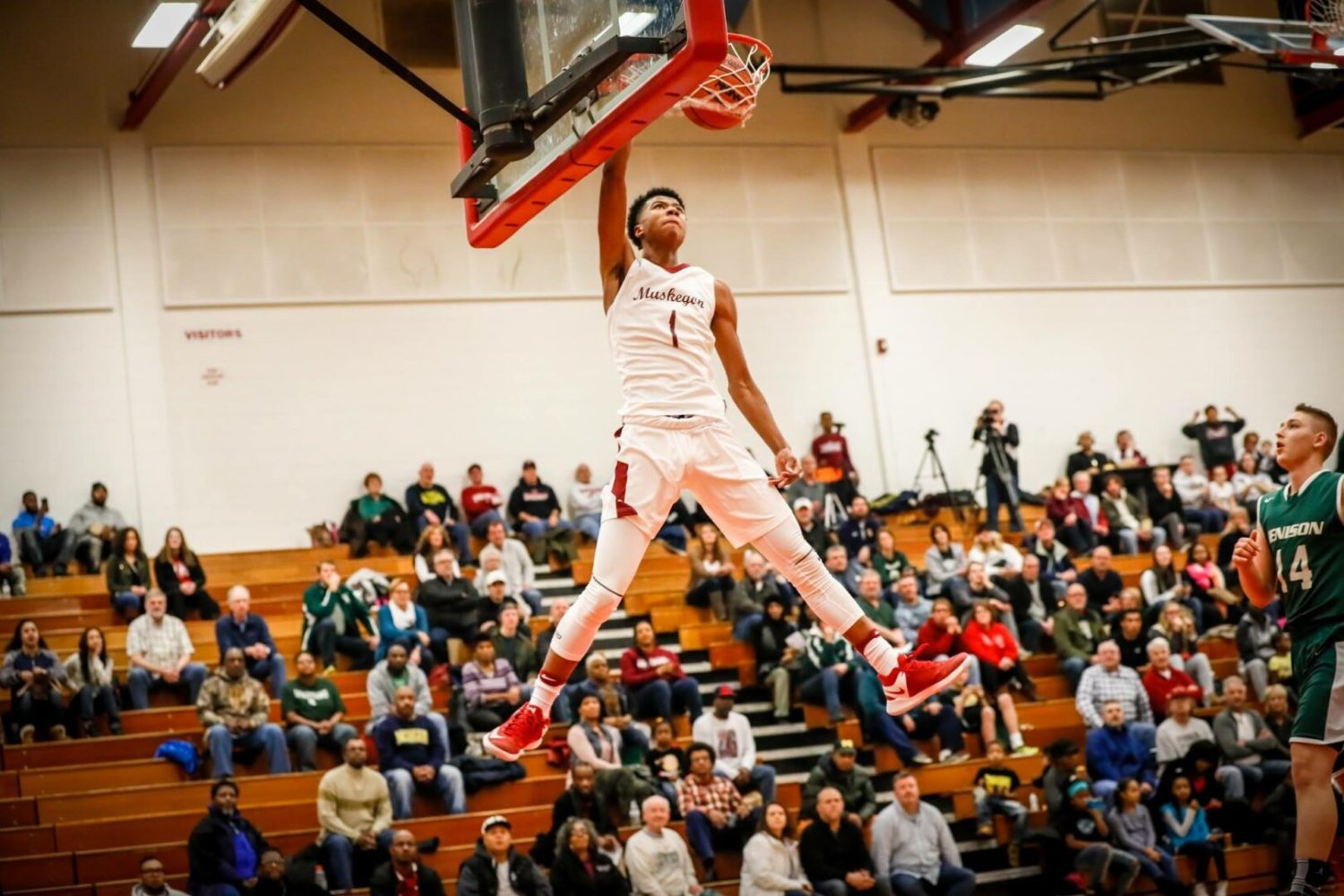 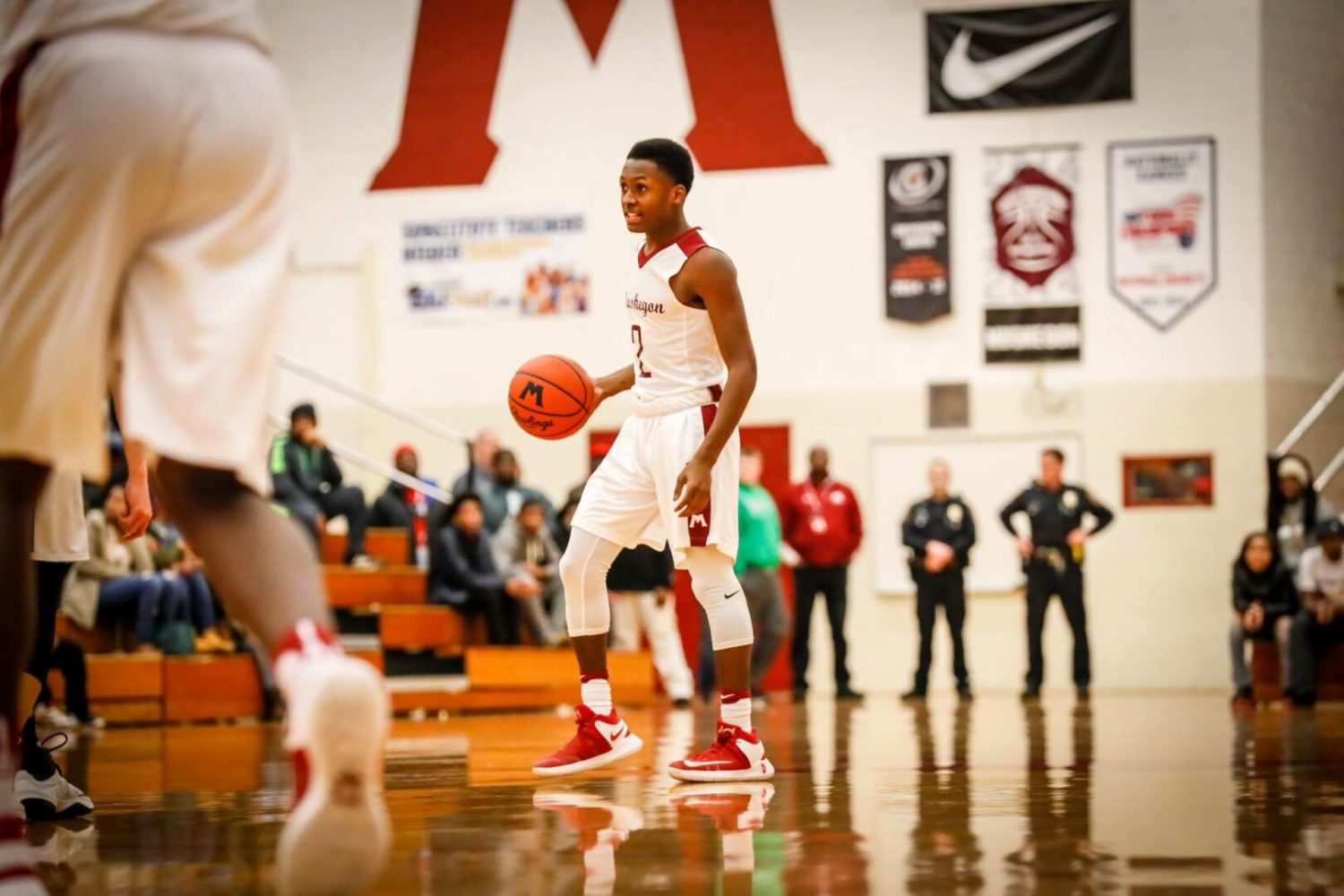 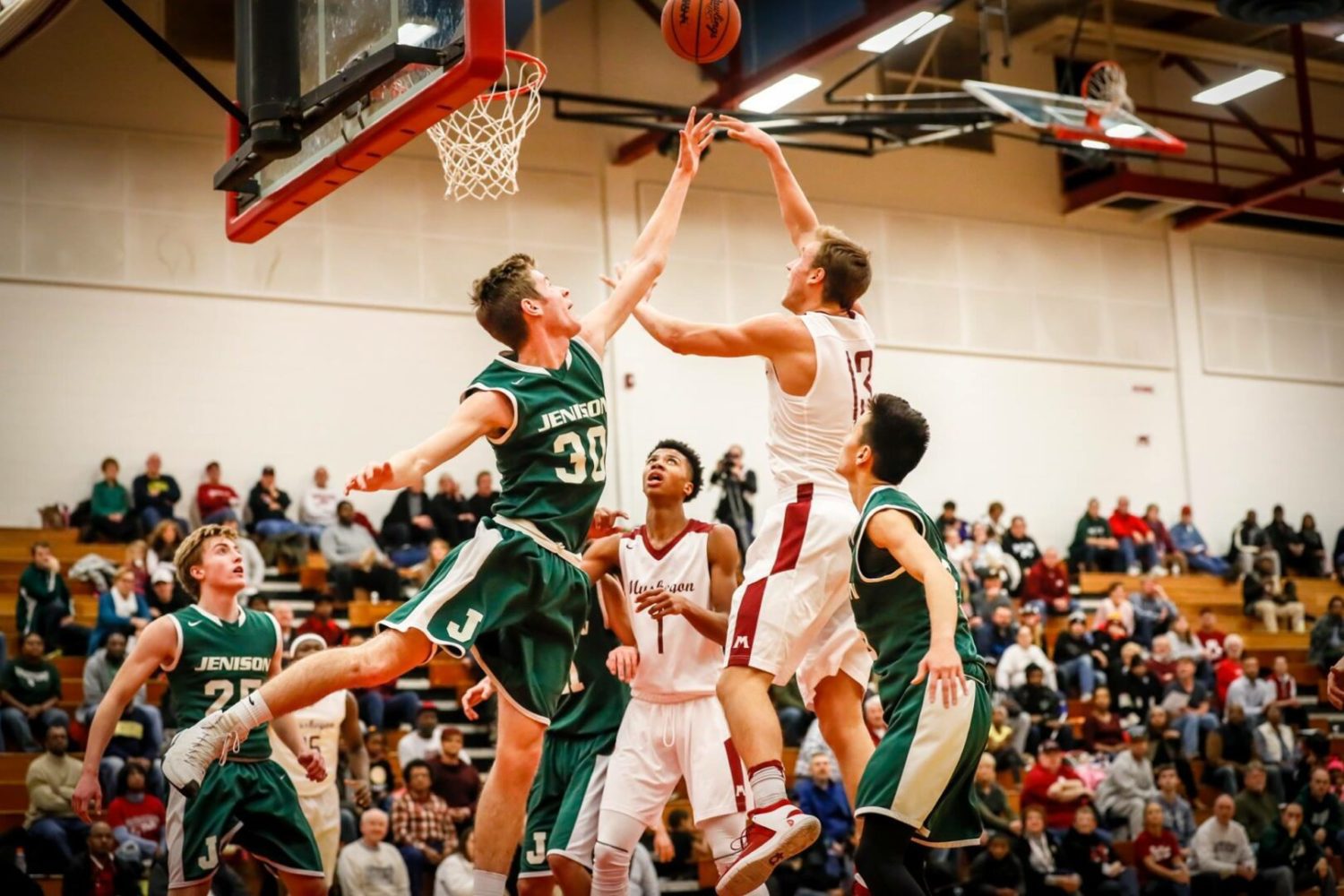 Sam Cornett Jr. gets the shot up for Muskegon. Photo/Tim Reilly

Trades are a sure sign the Lumberjacks consider themselves contenders