Jermayne Golidy led the way with 28 points and 12 rebounds for Muskegon (5-0), which trailed 23-21 at halftime. Goliday tallied 16 points in the second half.

The Big Reds second half push was led by Anthony Bethea who scored 10 of his 13 points in the half and also finished with six rebounds. 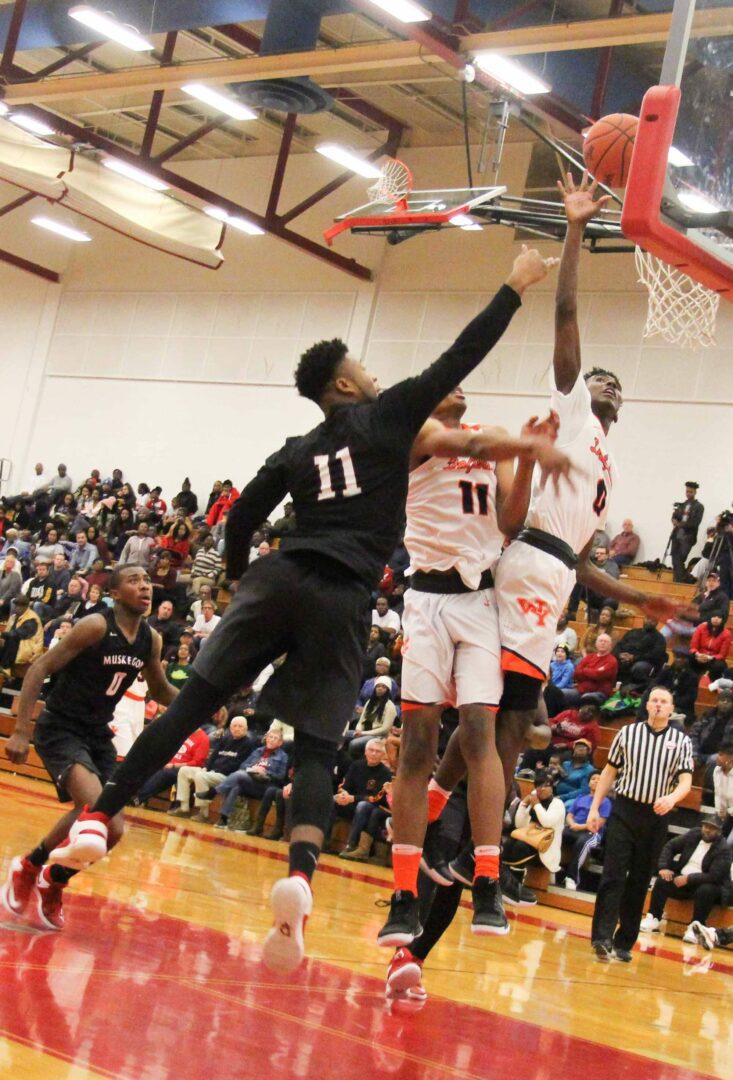 Jacorey Sullivan puts a shot just out of the reach of Chicago defenders for Sullivan’s lone bucket of the night. He also had three assists, one steal and two rebounds. Photo/Jason Goorman 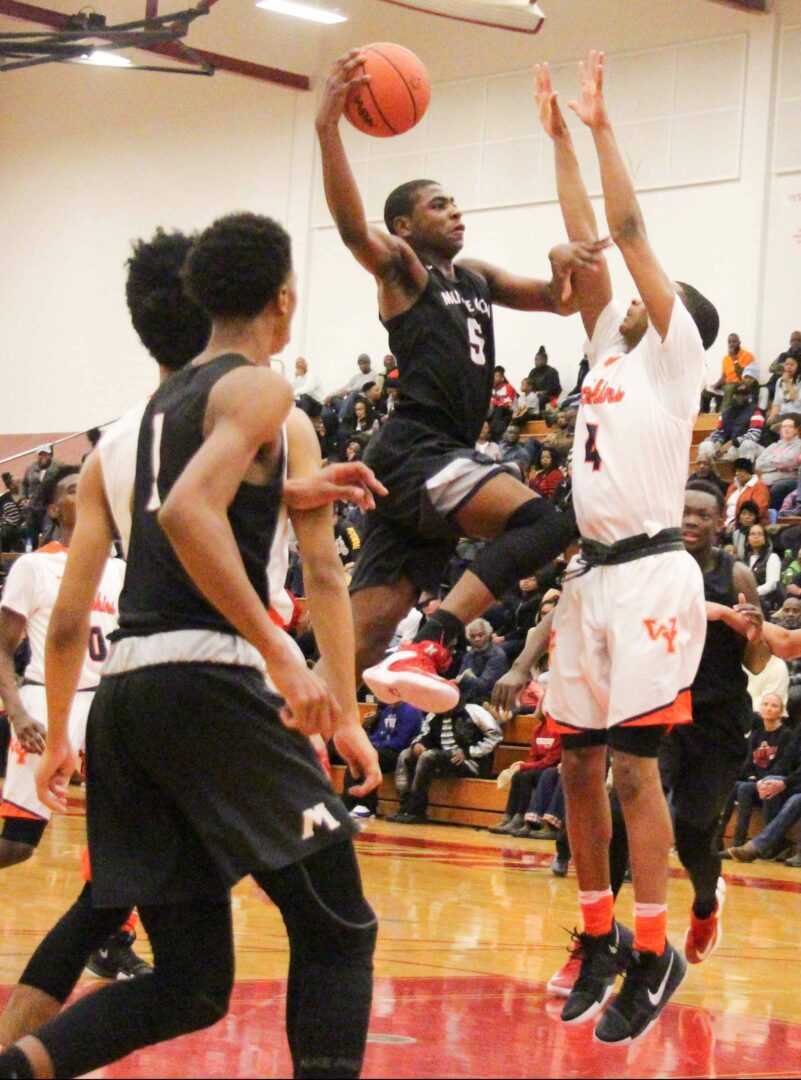 Jermayne Golidy glides in for two of his game-high 28 points for Muskegon. Photo/Jason Goorman 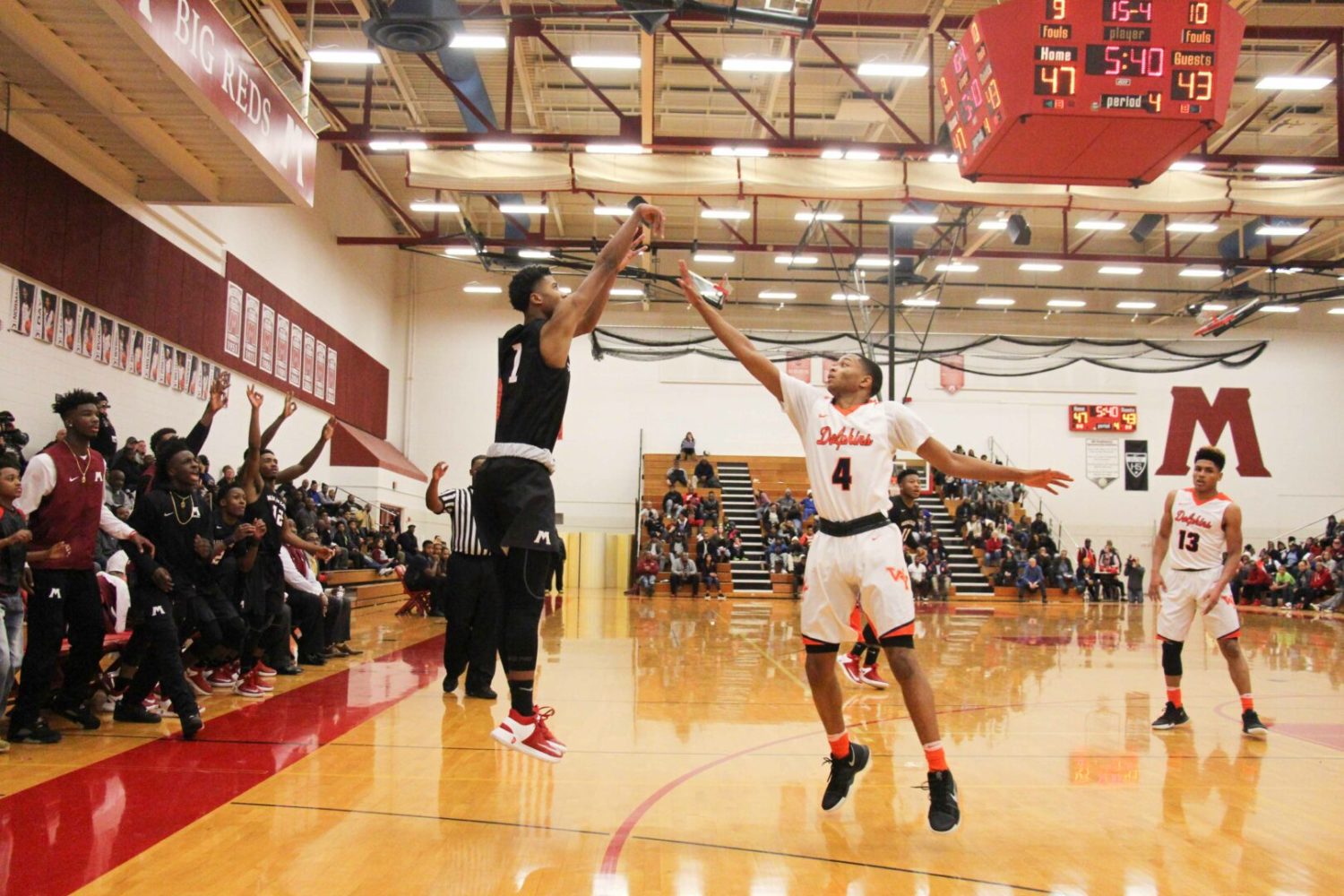 Markel Jackson follows through on a big 3-pointer in the fourth quarter. Jackson finished with seven points, four rebounds and a steal. Photo/Jason Goorman 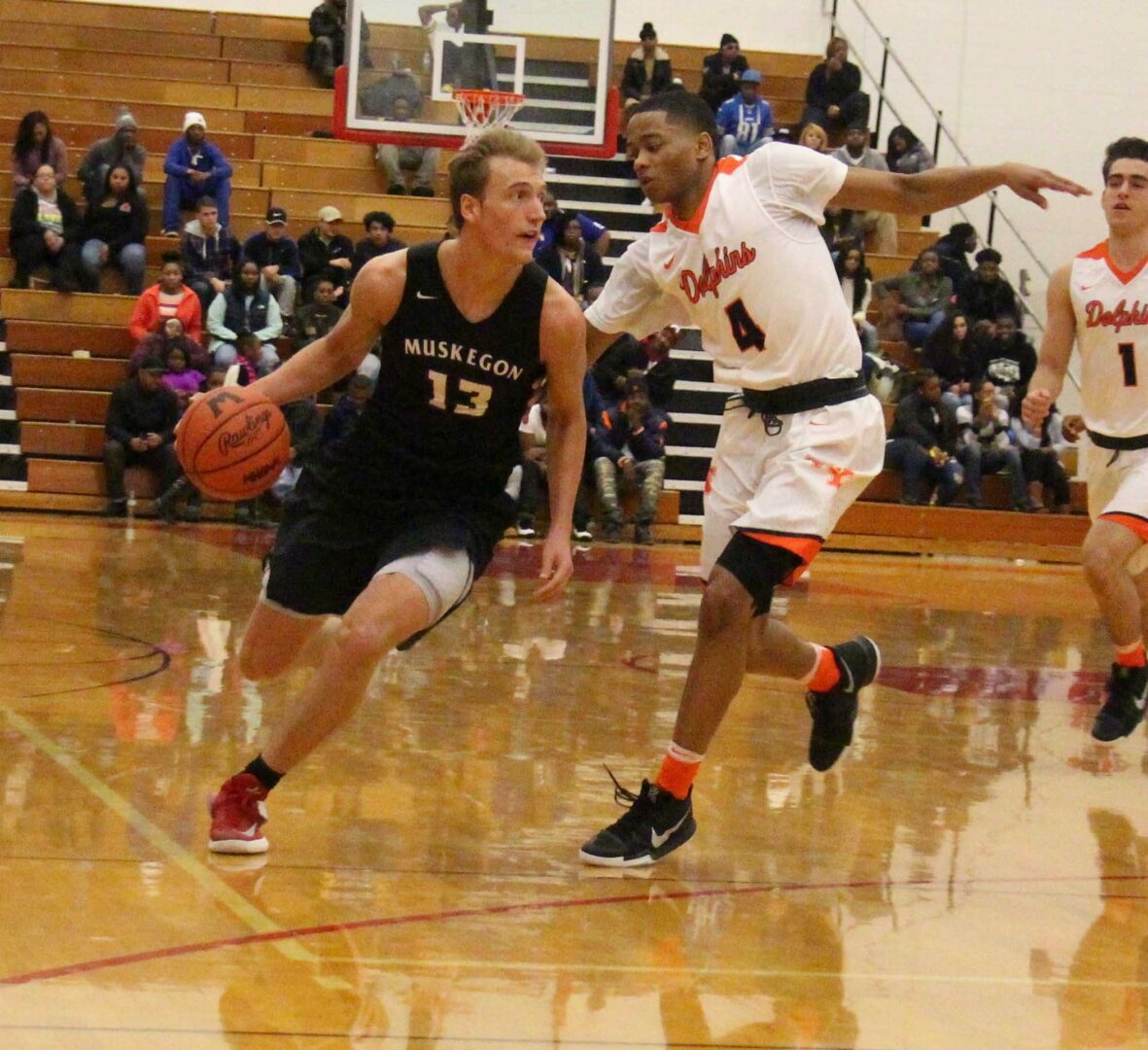 Sam Cornett drives for Muskegon. The senior forward finished with seven points, five rebounds along with one block, one steal, and one assist. Photo/Jason Goorman