MUSKEGON TOWNSHIP – The Reeths-Puffer and Mona Shores girls basketball teams have had a fierce rivalry for the past few years.

But the Sailors owned the Rockets last season. All three games were very competitive, but Mona Shores won each time. 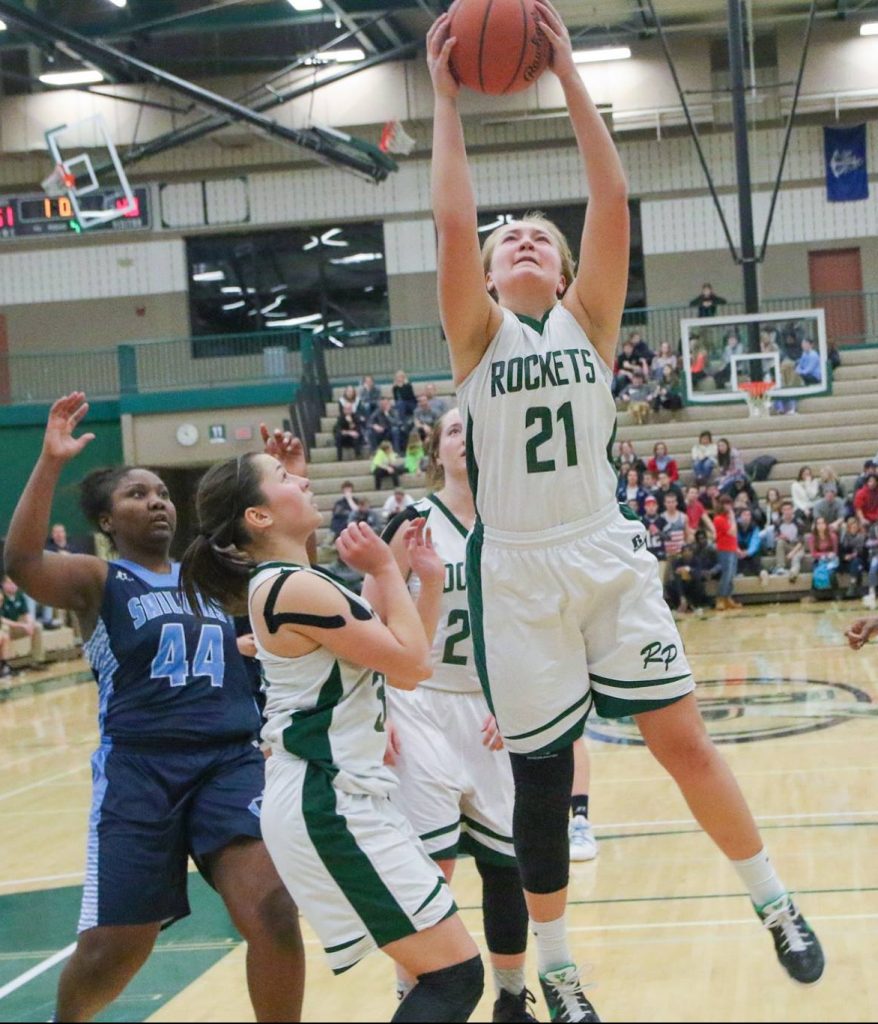 Delaney Bolles pulls down a rebound for Reeths-Puffer with Elysia Mattos underneath and Mona Shores forward No. 44 DeeDee Trotter. Photo/Joe Lane

So the Rockets hosted the Sailors on Friday with revenge very much on their minds. They fulfilled their mission, grabbing an impressive 57-48 victory in an O-K Black Conference showdown.

The big star for Reeths-Puffer was senior Delaney Bolles, who piled up 26 points in the contest. Brooke Larabee added 16 points while point guard Elysia Mattos finished with 11 for the Rockets.

“You knew it was going to be a battle, you knew that it would go down to the end,” said Reeths-Puffer Coach Brandon Barry. “We thought we had the right game plan. I thought the girls executed fantastic tonight.

Neither team came out shooting well. Reeths-Puffer led 10-8 after the first quarter, with the two teams combining to shoot just 18 percent from the floor.

Each coach made adjustments between quarters, and the difference was obvious in the second, when 17 points were scored before either team missed a field goal attempt.

The lead went back-and-forth in the first half, with neither team gaining more than a three-point edge. Mona Shores led 30-28 at the break.

The scoring went back and forth throughout the third quarter, with Reeths-Puffer leading 42-39 at the buzzer. 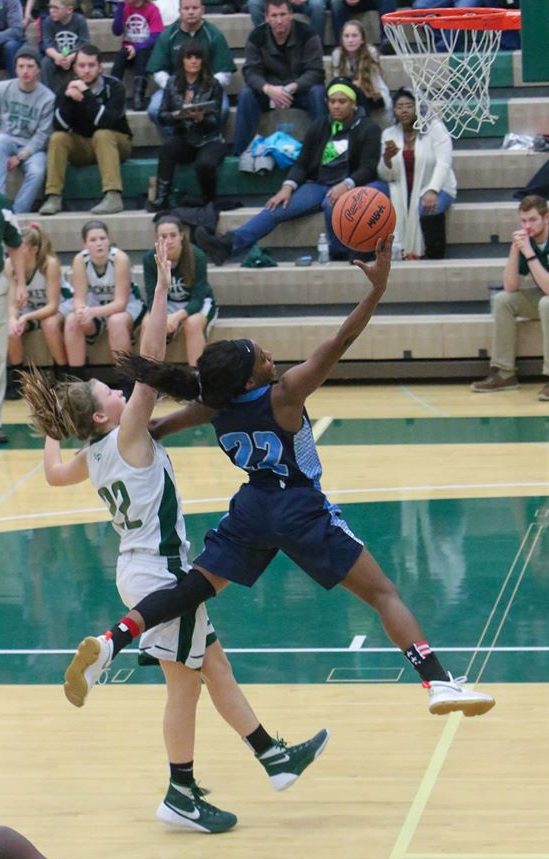 Jordan Walker gets past Reeths-Puffer’s Lauren Ross on the fast break. Photo/Joe Lane

The Rockets led by five points – 46-41 – midway through the fourth quarter. But they scored the next five to balloon their lead to 10 points and ice the game.

The Sailors couldn’t contain Bolles down the stretch. She scored eight points in the fourth quarter, including the final points with two seconds remaining.

“It felt great (scoring at the end),” Bolles said. “It felt like I was there and I sealed it, they couldn’t get back.

“We look forward to playing them and Muskegon every season. We know it’s going to be a battle and we prepare for it mentally and physically, and we know we can get the win.”

To add to her 29 points, Walker finished with 11 rebounds, five steals and four assists for the Sailors, but did not get enough help on the offensive end.

She was the only Sailor who scored in double figures.

“She (Walker) had a whale of a game, but we have to have other kids step up, too,” said Mona Shores Coach Brad Kurth. “It’s not just the offensive end. If you’re not playing well on one end of the court, you’ve to add something on the other end. We looked flat on defense most of the game. There’s got to be that fire.

“This is one game, it doesn’t define our season. We’re going to come back and we’re going to be fine. This just makes us solidify our mission.”