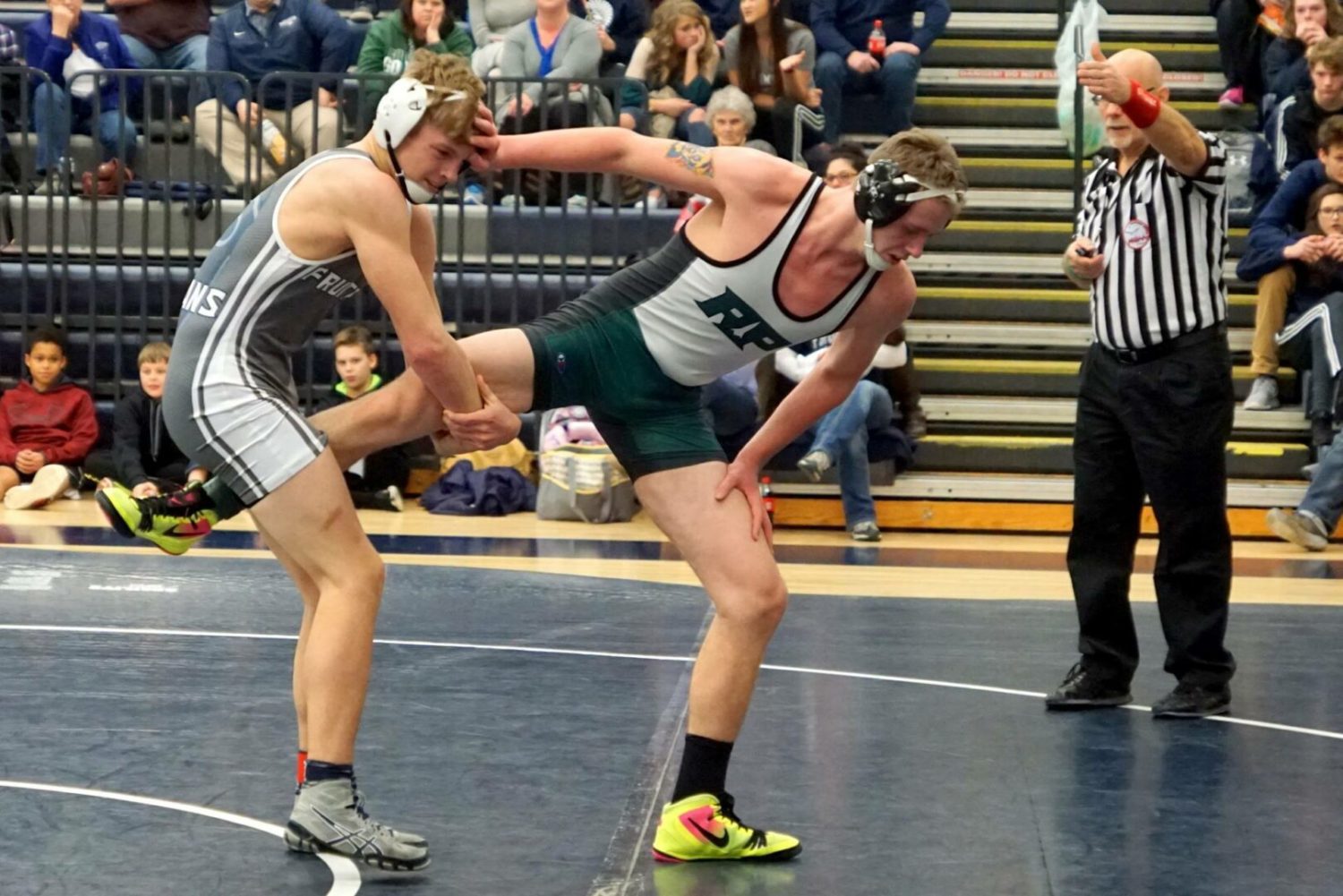 FRUITPORT – The Reeths-Puffer wrestling team has ruled the O-K Black Conference for the past few years, and the Rockets don’t appear ready to give up their throne.

On Wednesday the Rockets visited an up-and-coming Fruitport squad, with the conference lead on the line.

When the dust settled, Reeths-Puffer emerged with a convincing 46-28 victory over the Trojans, and clinched at least a tie for the regular season O-K Black title. 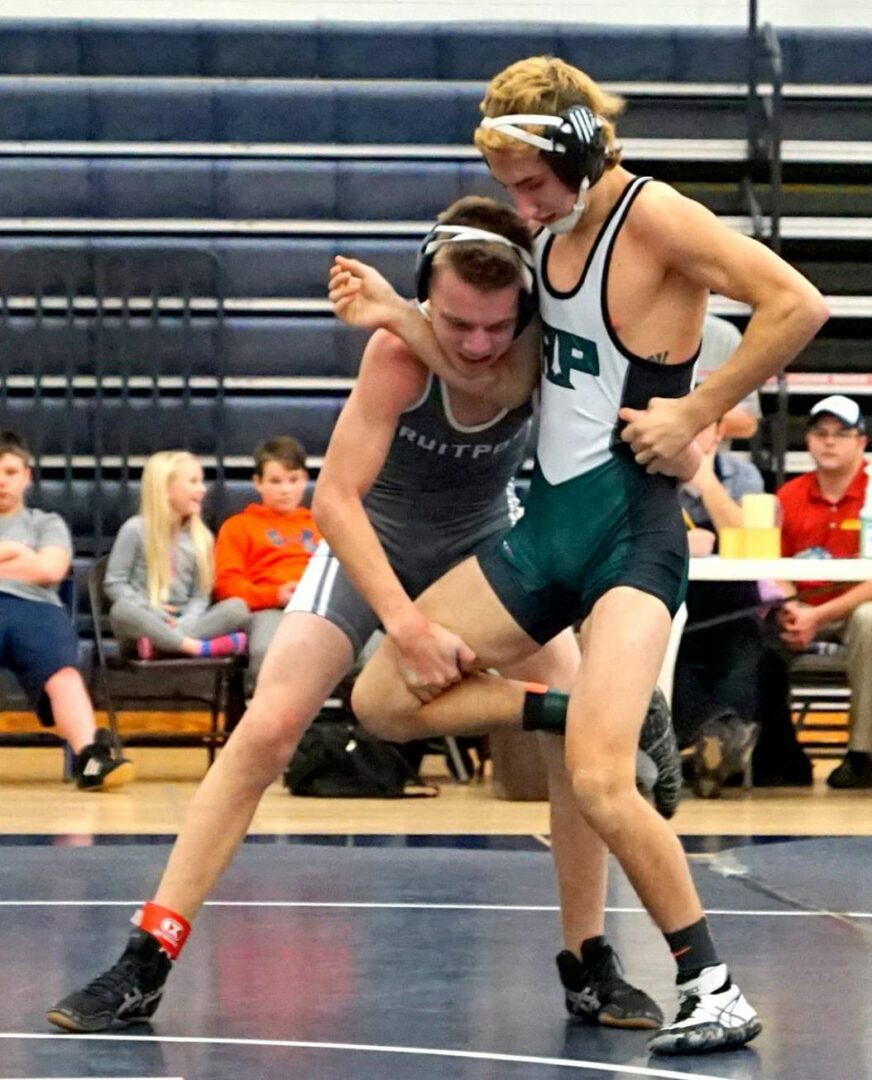 The Rockets have won the past two O-K Black championships. They are now 6-0 in the league and can clinch the outright regular season title next Wednesday against Muskegon.

“We had some matchups in our favor, and I think that was the difference,” said Reeths-Puffer coach Matt Brink, whose team is 20-3 overall. “We knew it would be close, based on the scores other teams have had against them and us.

“(Fruitport coach) Rick Sykes is doing a good job over there. They keep getting better.”

Brink says this year’s Reeths-Puffer squad compares well with previous teams, and could make some noise in the upcoming state team tournament. The Rockets have won two straight district championships, and three of the past four.

”I think we have a good shot of getting to regionals again,” Brink said.

Winning matches for Fruitport against Reeths-Puffer were Dominic Dault (135), who pinned his opponent, and Levi Six (152).

While the loss was disappointing for Fruitport, the Trojans are enjoying a great season, with an 11-2 overall record and a 5-1 mark in the O-K Black.

Fruitport is brand new to the O-K Black this season, and were hoping to gain an upper hand on the Rockets. 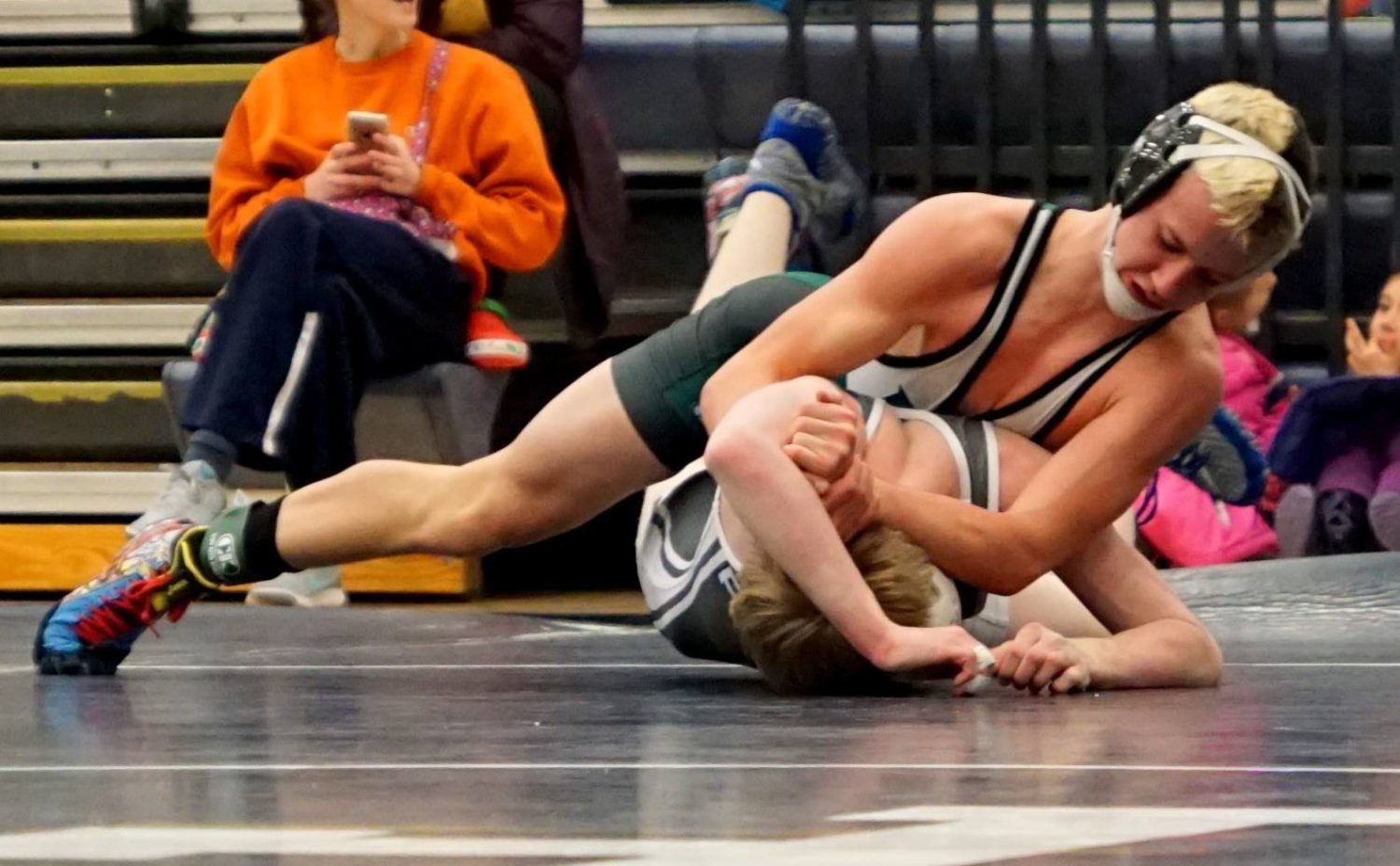 “Reeths-Puffer is really good,” said Fruitport Coach Rick Sykes. “We knew they were very solid in the lower weights and from 152 to heavyweight. They were just a little too solid for us. My kids gave it all they could, but at the end of the day they outwrestled us.”

The future looks bright for the Trojans, with a lot of young wrestlers on the roster – including 10 freshmen – who will be back next season.

“We’ve finally been able to put a full lineup together and have some success as a team,” said Sykes, who’s in his third year with the team. “Last year we had a lot of injuries, mishaps and sicknesses. We had two guys break their arms. Our numbers were much lower last year, but we’re getting much better now.”

The Trojans are not giving up their attempt to gain at least a share of the O-K Black title. They could gain that by winning the conference tournament, which is a week from Saturday at Jenison High School.

“If we won that, and Reeths-Puffer somehow faltered and finished third, we could still win it outright,” Sykes said. “I know that’s not likely. Last night makes it a lot harder on us. But that’s our goal.

“I’m very proud of our kids. We have a great group of young men. They have come a long way.”