The Whitehall girls basketball squad picked up a non-league victory over Muskegon Catholic 37-22 on Tuesday night.

Julie Brown posted a double-double with 13 points and 16 rebounds for the Vikings, who improved to 4-6 on the season.

The Vikings jumped out to a 16-1 lead after the first quarter of play.

The Crusaders dropped their record to 4-5 overall. 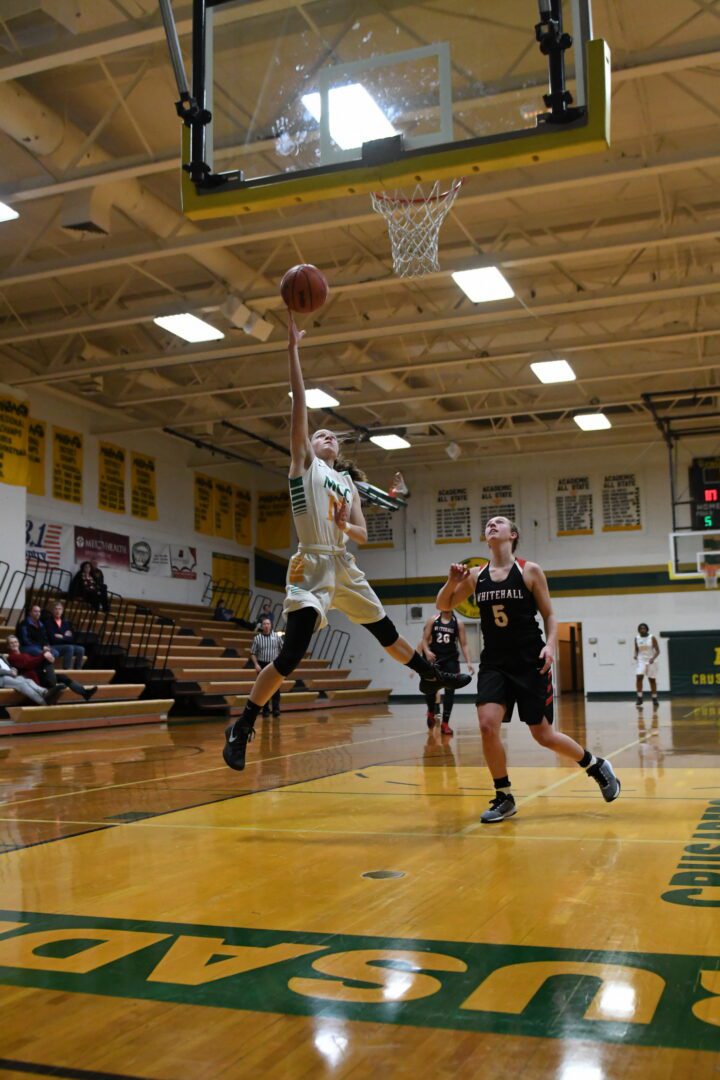 Talia Tyler goes in for the MCC layup. Photo/Michael Banka 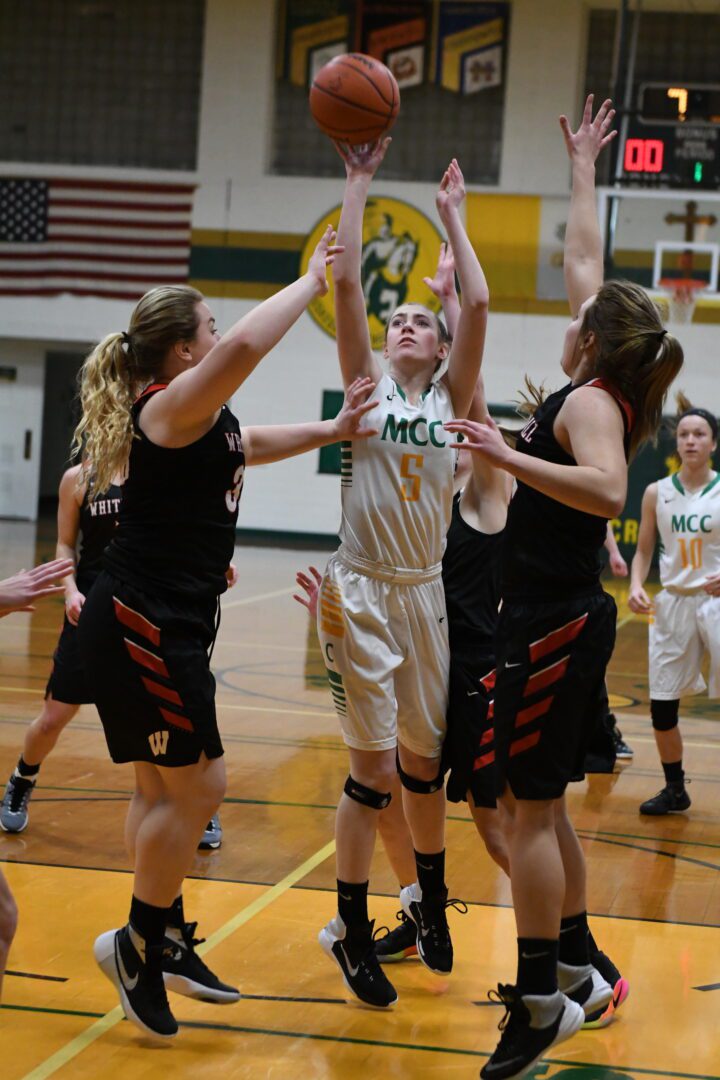 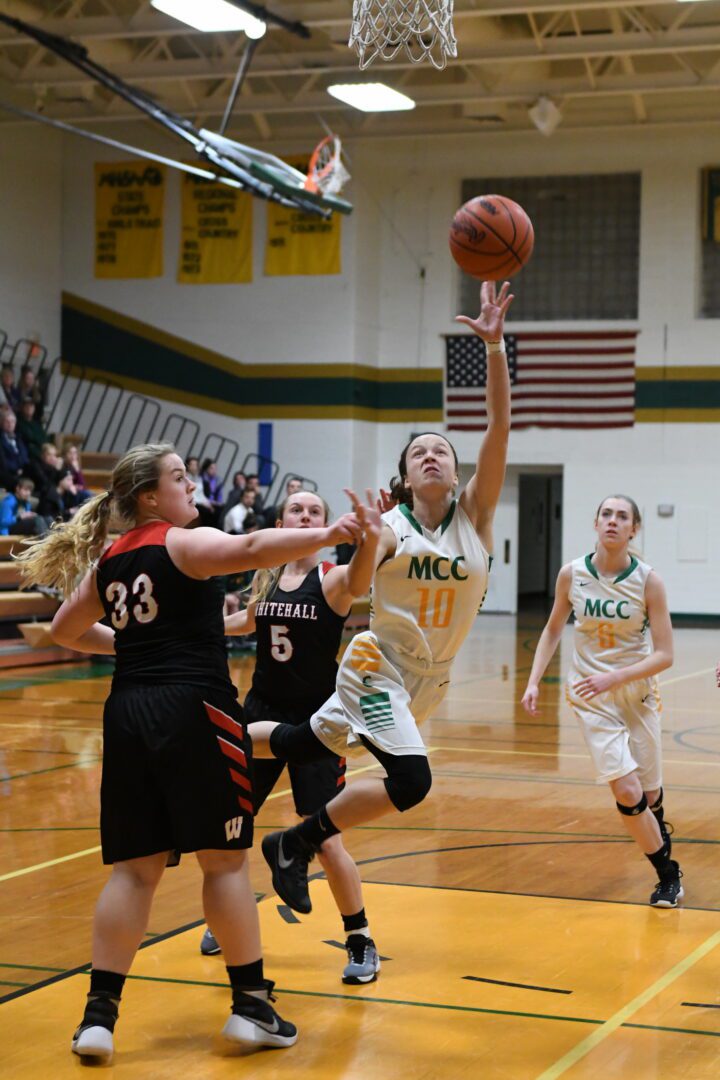 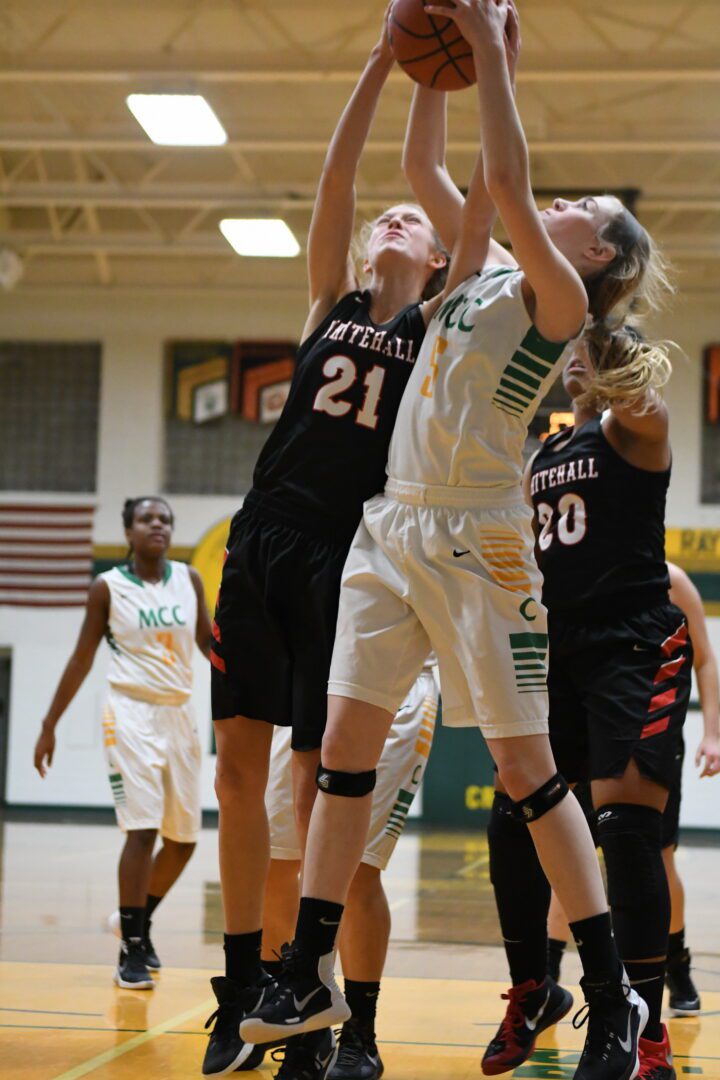 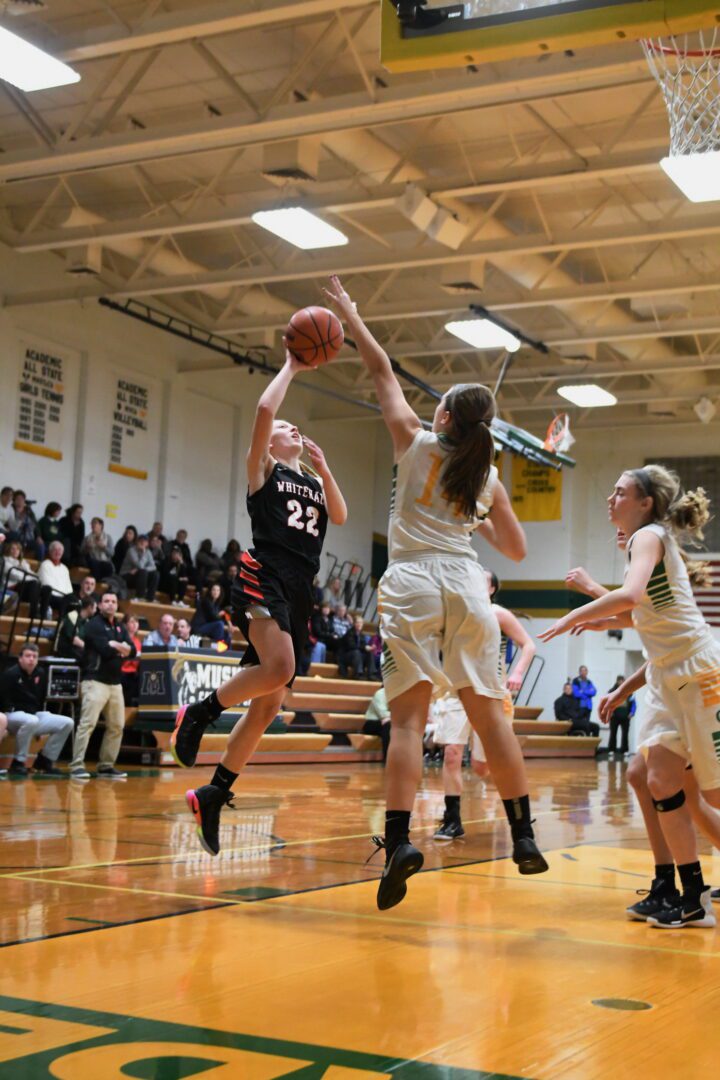 Kacy Jeffries goes in for the runner against MCC’s No. 14 Zoie Price. Photo/Michael Banka 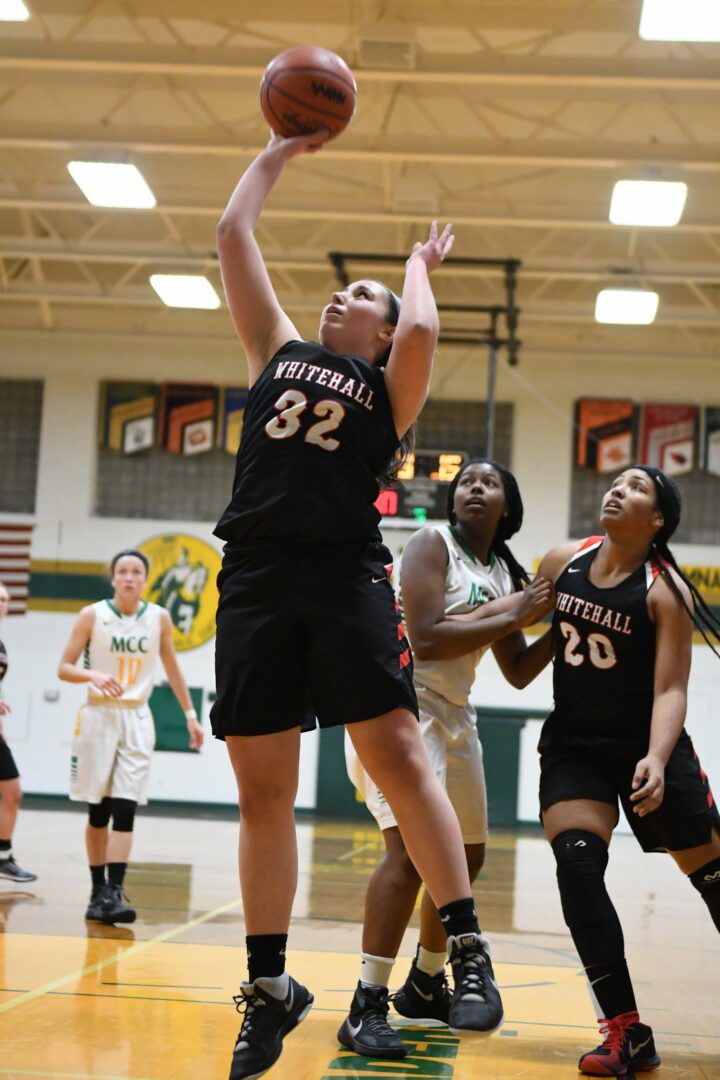 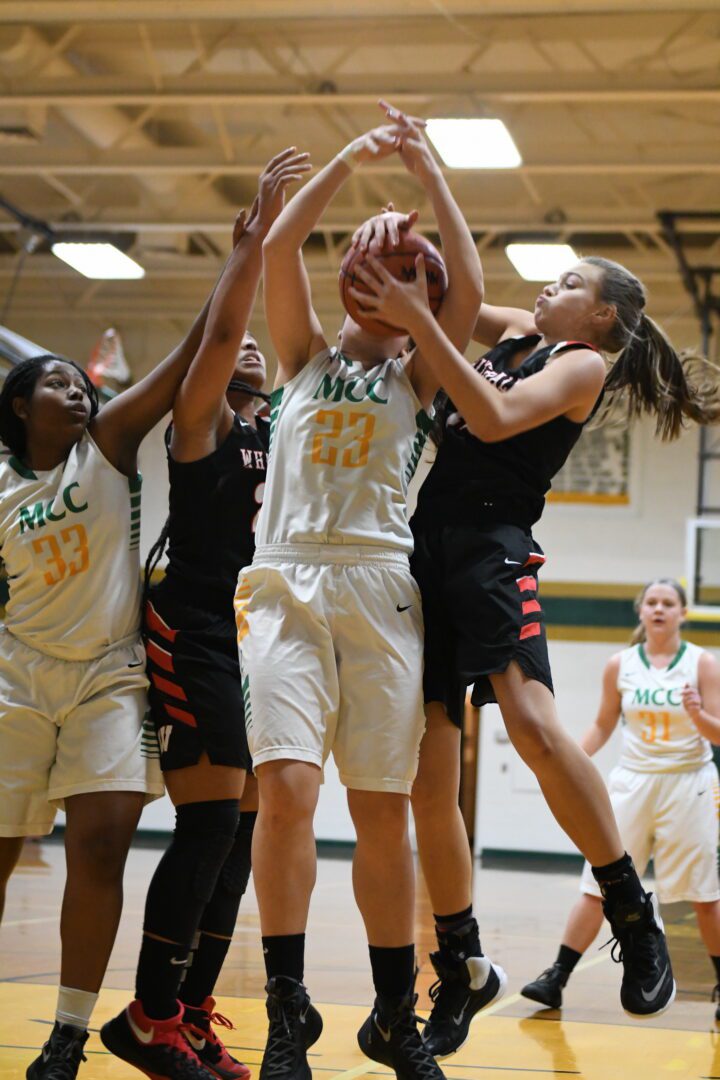 MCC’s No. 23 Emily Rauch gets wrapped up by Whitehall’s Abby Seeger. Photo/Michael Banka 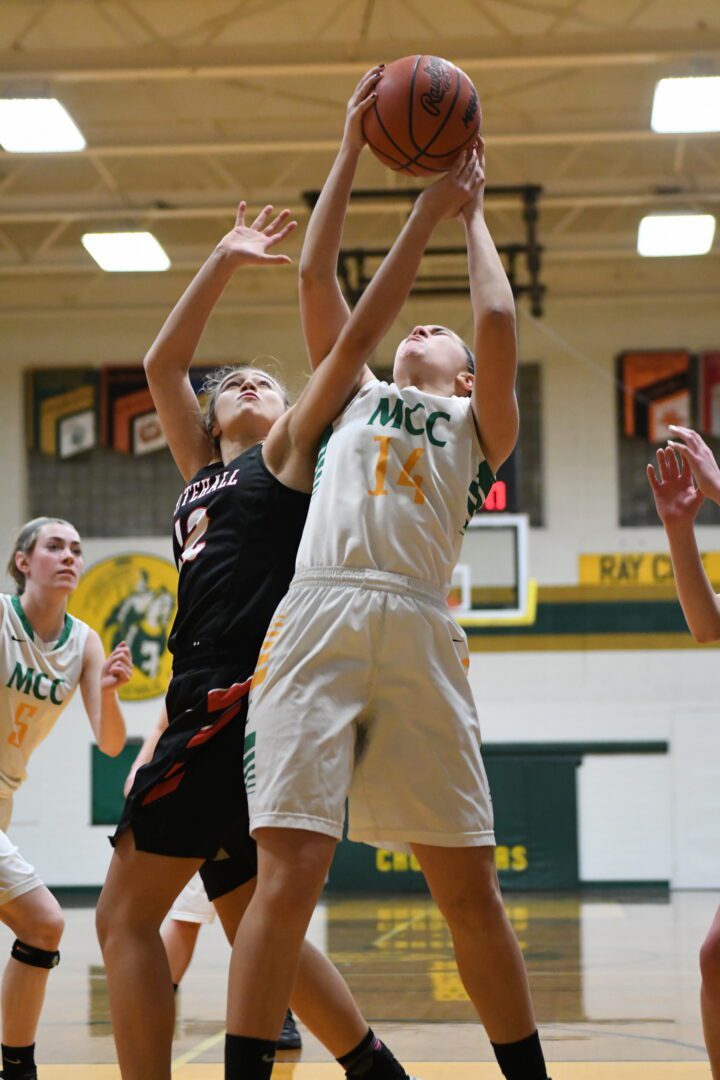