NORTH MUSKEGON – The Duncan name has been a constant for North Muskegon High School basketball in recent years.

There was James Duncan, a 2015 graduate who starred with the Norse boys team.

There was his sister, Olivia Duncan, a 2016 grad who was a standout with the girls team. 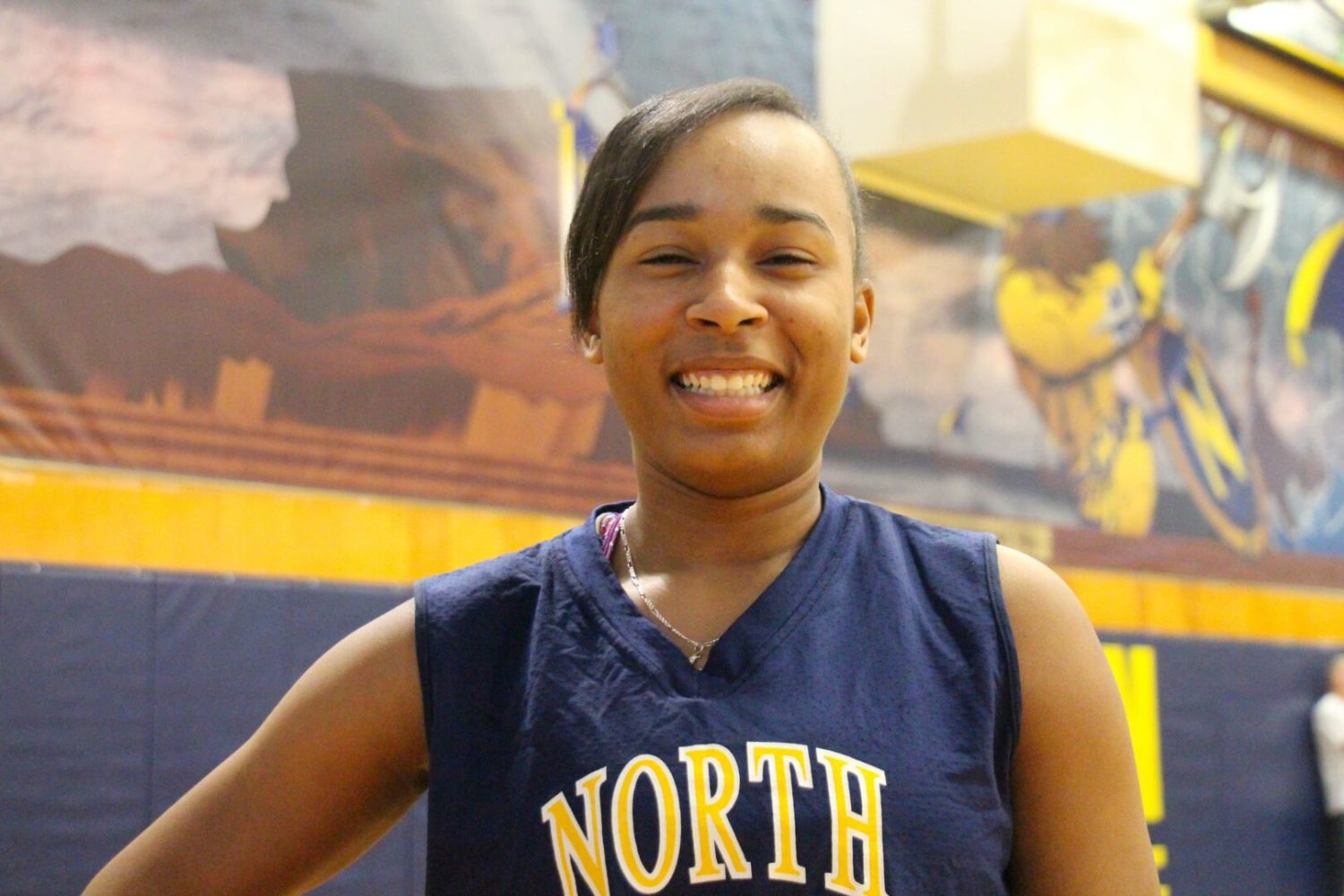 Now the Norse girls team is built around their cousin, senior Mya Duncan, who’s maintaining the family tradition in style.

Mya remembers spending hours as a child with James and Olivia. If the girls had gotten their way, basketball might never have become a big deal in their lives.

But James was all about basketball, so that’s what the three youngsters played.

“James would always be the one who wanted to play basketball growing up,” Mya said. “Olivia and I wanted to play four square, but he was the oldest so we had to listen to him. But when I got the hang of it, basketball became the best thing to me.”

“Olivia and I would go outside and play until we were forced to go back in, no matter the weather,” she said.

All of that practice paid off.

She does a lot of things besides putting the ball in the bucket. She’s also averaging five rebounds, two assists and two steals per game.

She’s the star player on a team that’s been struggling, and very much needs a driving force.

“Mya can score,” said North Muskegon head coach Zach Fricke. “But her teammates also rely on her to be the main ball-handler, decision-maker, and leader of the team. 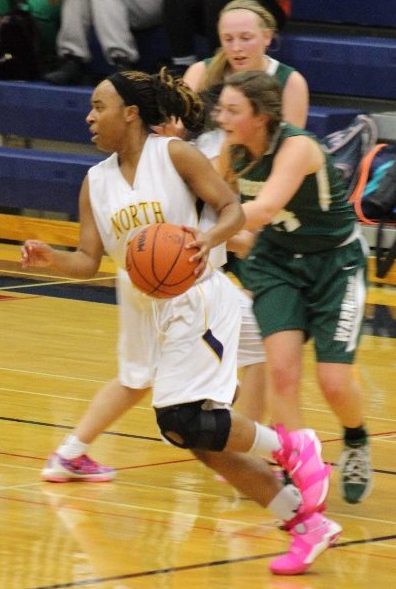 Duncan dribbles past defenders in a recent game.

“What others won’t see in a box score is that she is a team player, a leader and the life blood of the team.”

The main ingredient to Duncan’s success, according to Fricke, is a deep love for basketball.

“Mya loves the game of basketball,” he said. “She watches basketball, talks about basketball, and works on basketball, which gives her the knowledge to know what to do on the court.”

It’s been a tough season for Duncan and the Norse, who are 3-8 as they try to work out their kinks on time for the postseason state tournament.

While the losses have piled up a bit, Duncan says that only provides motivation for her and her teammates.

“When we struggle as a team it doesn’t wear me down mentally,” she said. “It just pushes me to become a stronger leader to bring the best out of our team.

“It makes us want to work harder. As a team we started off pretty rough, our chemistry was off. But the more we focus on taking each challenge, step by step, the stronger we are becoming.”

The top players on struggling teams sometimes try to do too much, and are sometimes perceived as selfish. But that’s not a concern with Duncan, according to her coach.

“While she knows, and they know, that her skill level is above theirs, Mya never makes them feel that way,” Fricke said. “She passes as often as she shoots, she compliments instead of gripes, and takes it upon herself to do the right thing on the court.”

“It hasn’t been difficult for me to play unselfish basketball, because I know what we are capable of as a team,” Duncan said. “It’s a team sport. It takes everyone to win.

“As a leader I don’t aspire to be the best on the team. I aspire to be my best for the team, and give my all every game.”

Fricke said Duncan’s leadership has been crucial this season. He said the senior has an ability to keep things light, even during difficult times.

Duncan said the leadership part was a bit difficult to get used to. She said her teammates have helped her embrace the role and, in turn, become a better leader and player.

“Being a team leader didn’t come natural,” she said. “It’s been a challenge learning to speak up and be the go- to (player).”

After so many years of basketball, Duncan has developed an understanding of her strengths and weaknesses on the court.

“The best aspect of my game is that I am able to see the court,” she said. “Another ability that I have is shooting. I love taking the outside shot, but I’m not afraid to drive.”

Her strengths clearly outnumber her weaknesses, perhaps because she has always been willing to listen to, and learn from, her coaches.

“I am teachable,” Duncan said. “Whatever it is that Coach Fricke tell me to do, I try my best to get it done.”