FREMONT – Fremont’s Bre Harris is a talented thief – on the basketball court, that is.

That became apparent in her first organized basketball game in the seventh grade, when she stole the ball and scored

the winning basket for her team.

It became even more obvious last season, when she was a sophomore on the Fremont varsity girls basketball team. 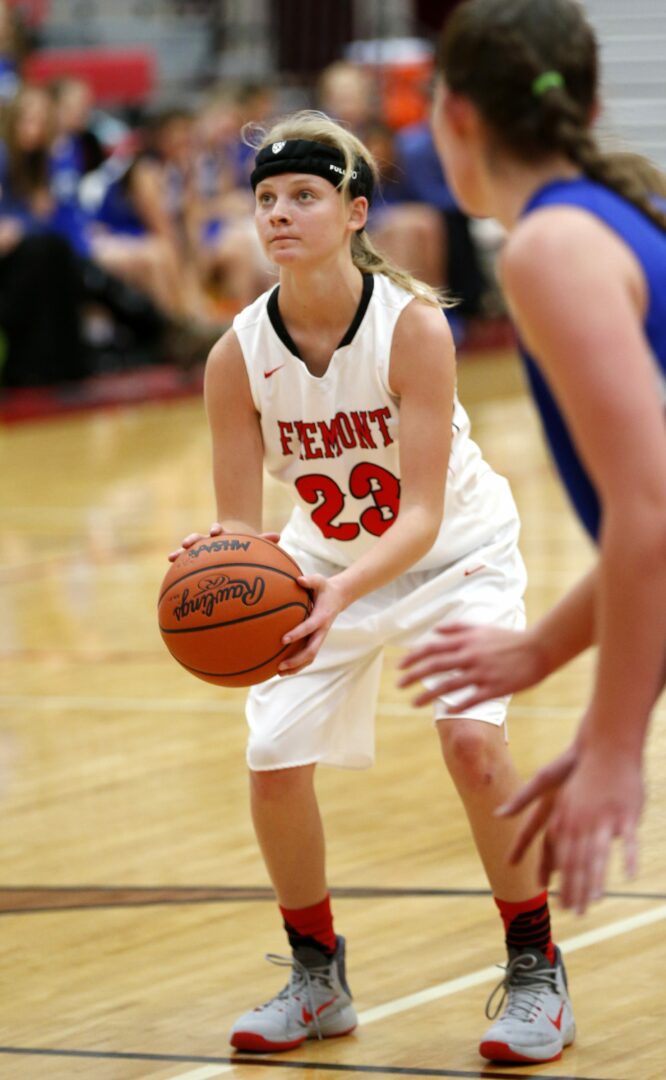 Harris also already broken both of her own records this season.

Earlier this season she recorded an amazing 15 steals against Chippewa Hills, and had three more on Feb. 7 against Central Montcalm to bring her season total to a new school record of 112.

She is averaging 8.2 steals per game this season.

By now, opposing ball-handlers have learned to dread the very sight of Harris. When she comes their way, chances are pretty good that she will leave with the ball.

“She anticipates the play so well and she is quick off her feet,” said Fremont Coach John Krim. “She is one of the better defenders I have ever seen.”

“It feels really good,” said Harris about having her name etched in the record book at Fremont. “I never expected it when I decided to start playing.”

Considering her obvious abilities, a lot of Fremont fans probably assume that Harris has been playing organized basketball since she was old enough to join youth leagues.

But that wasn’t the case. She has always been athletic, but her first passion was playing little league baseball with the boys.

“I love baseball, that’s the sport I played since I was real young,” Harris said. “I was never afraid to play against the boys. They treated me very well. I became the first girl in Fremont history to play in a boys baseball All-Star game.” 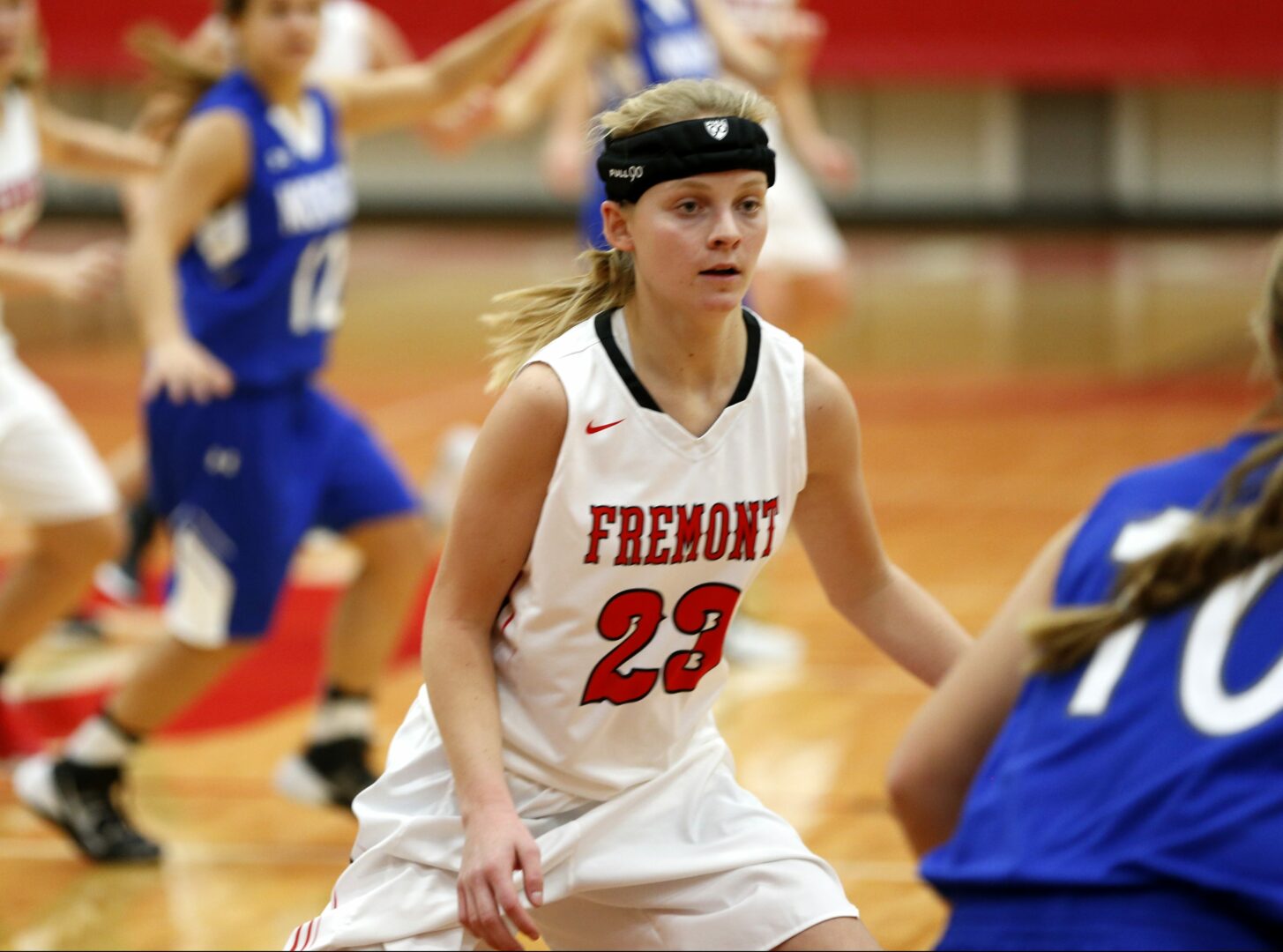 Bree Harris on defense for the Packers.

Ironically, Krim first noticed Harris when she was playing little league baseball at the age of 12.

“I noticed she was a great athlete when I saw her pitch in an All-Star game against the boys,” he said. “I knew then she was extremely athletic.”

Harris picked up basketball in the seventh grade, and immediately showed a great deal of promise.

“I wasn’t really interested in basketball at first,” Harris said. “I just practiced a lot with my friends because I realized that I had a lot of time on my hands and I needed something to do.”

She met Krim as an eighth-grader and started working as a student statistician for the Fremont varsity basketball team.

Harris joined the varsity as a freshman and immediately became a starter, and then a star.

She was second-team All-Conference as a sophomore, and this season has really hit her pace, in more ways than one.

Besides being a defensive specialist, Harris is averaging 18.7 points and 5.1 rebounds per game. She has led the Packers to a 9-7 record so far this season.

Harris keeps putting up those kind of numbers, despite playing with a nagging ankle injury that occurred in a game in early January.

“She is a little tentative when she plays, but she is still producing at a high level for the team,” Krim said. 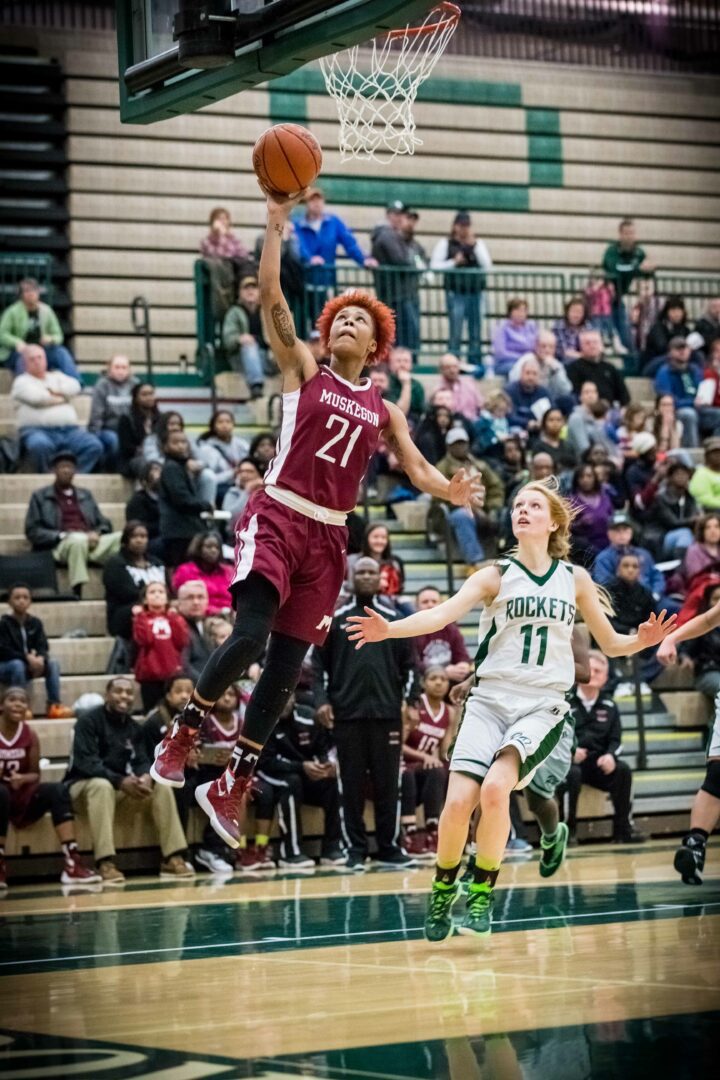