ROCKFORD – It was a game that sometimes resembled a battle in the trenches between the Grand Haven and Rockford football teams.

When that style of play translates to the basketball court, the end product isn’t always pleasing to the eye.

But the Grand Haven Bucs found their way through the ugly contest and pulled away in overtime, claiming a 35-32 victory over Rockford on Tuesday in an O-K Red Conference battle. 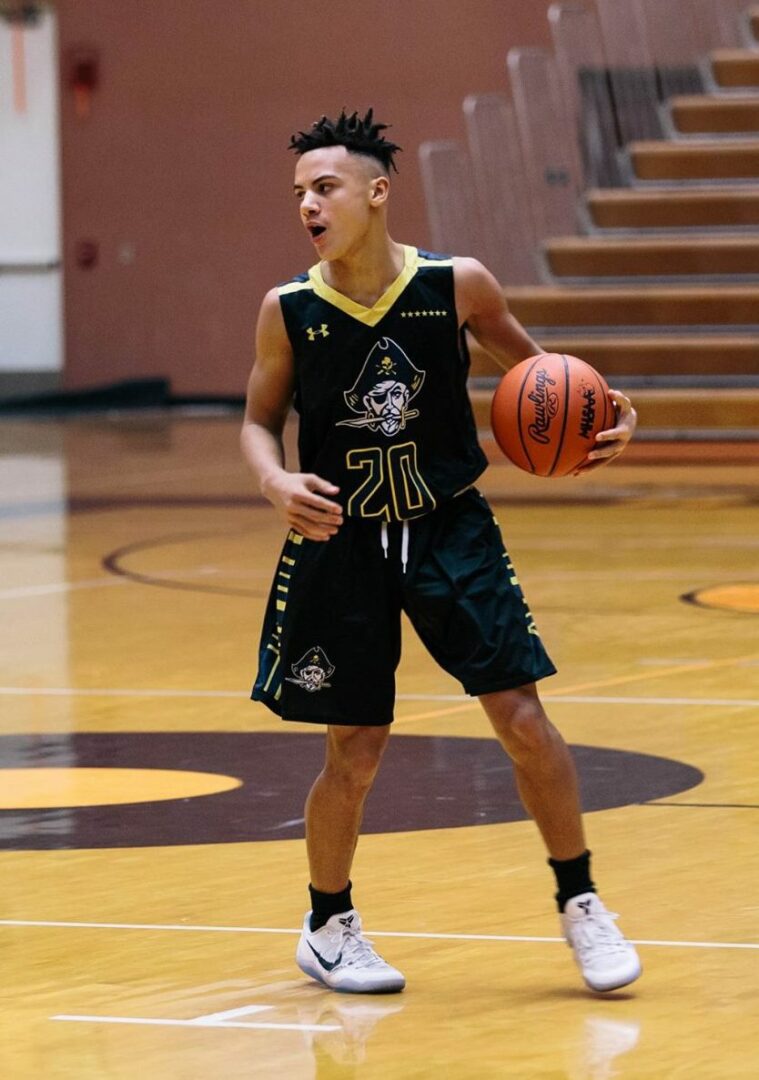 Grand Haven coach Greg Immink likened the contest to a University of Wisconsin basketball game, in which every offensive possession is draining, on the players and the game clock.

“Every possession took 45 seconds to a minute off the clock and there was a lot of screening and cutting,” said Immink, whose team is in second place in the O-K Red. “It was one of those slow-paced games.

“It was difficult to get a clean look close to the basket, and the way the game was called, it was very physical. It was one of those grind-it-out games.”

Rockford had a 15-13 lead at halftime and a a 19-18 edge going into the fourth quarter. The score teetered back and forth through the closing minute of regulation.

Rockford’s Nate Anderson missed the front-end of a 1-and-1 free throw that could have padded the Rams’ 25-24 lead with 30 seconds left. The Bucs tied the game on a free throw by Casey Constant with 14.8 seconds to go.

The Rams attempted a contested 3-pointer with a second left, but it was well short, sending the game to overtime tied at 25-25.

Grand Haven had both of its starting post players – seniors Ross Koella and Drew Van Andel – foul out in the overtime session, but remained resilient in the clutch, thanks to big plays from sophomores. 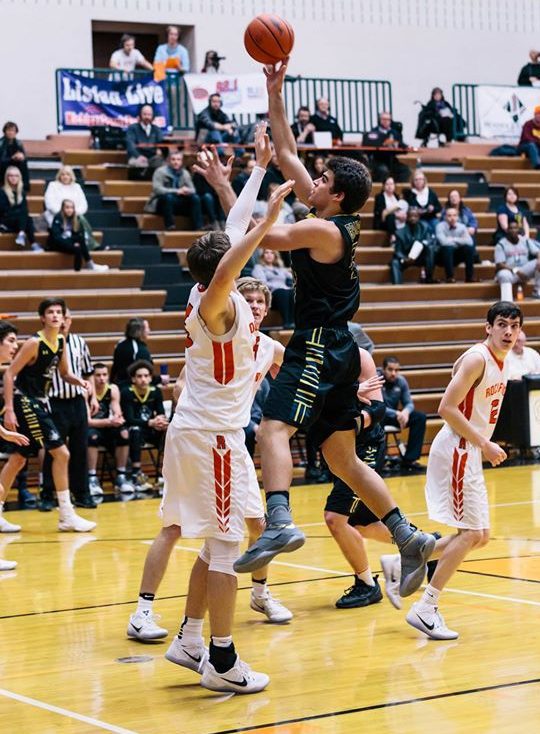 The Bucs trailed 32-31 with under 50 seconds to play, but the 5-foot-8 Constant spun off a defender and made a tough shot off the glass to put Grand Haven back up with 31 seconds to go.

“I honestly was just trying to get fouled, but the shot went in,” Constant said with a shrug. “I’ll take it.”

Rockford missed a 3-pointer on the other end, and Grand Haven sophomore forward Collin Takas snared the rebound and was fouled with 15 seconds left. He managed to sink both pressure-packed shots to give the Bucs their final 35-32 advantage.

Grand Haven gave the Rams another chance to tie the score after missing a pair of free throws with eight seconds left, but Rockford’s last attempt was a long-range triple try from 6-foot-7 center Ryan Gamm, and it missed badly.

Constant shrugged off  Grand Haven’s bleak offensive output, saying it was simply an off night.

“We just need to brush this one off,” he said. “We usually fill it up. We’re not really concerned.”

“We’ll take a look at the video and try to find ways to get better,” Immink added. “We’ve got guys that can knock it down, it was just a struggle tonight.”

Grand Haven senior Zac Holman finished with a game-high 13 points – including two key buckets in overtime – despite drawing a great deal of defensive attention from Rockford.

Constant had six points, but no other Grand Haven player scored more than four. 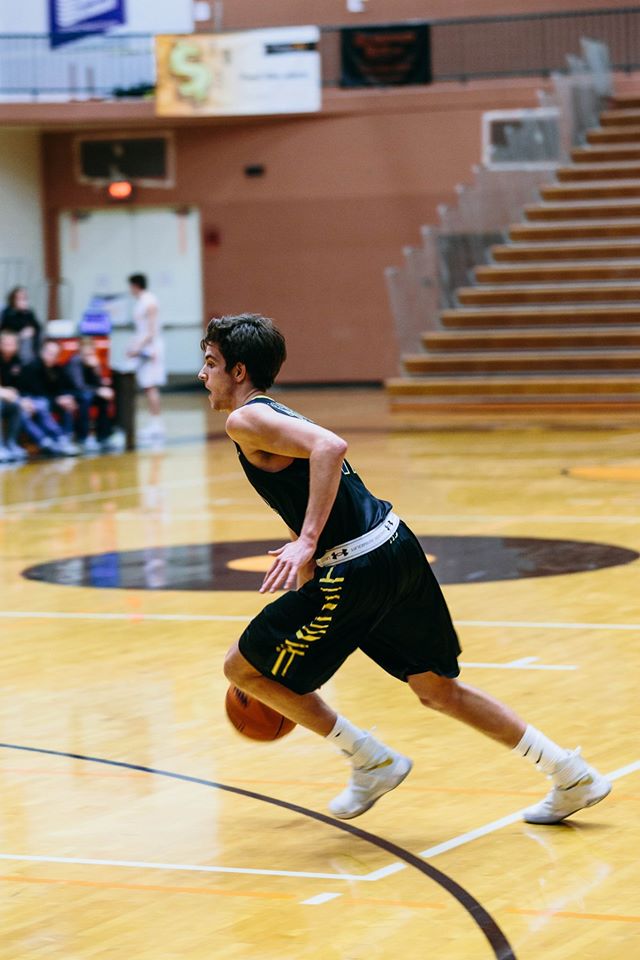 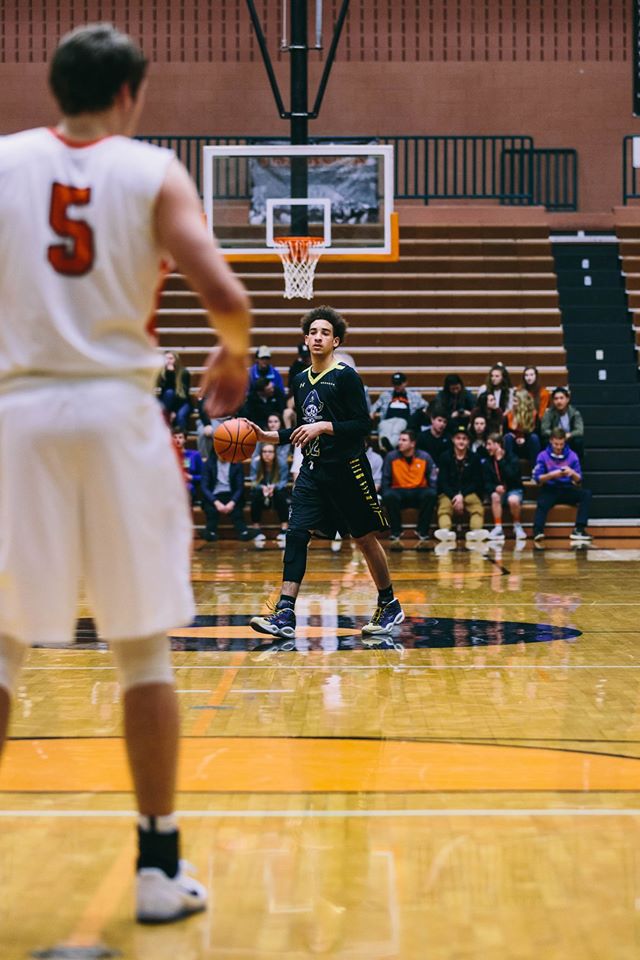 Kellum Bridgeforth brings the ball up the floor for Grand Haven. Photo/Nate Radowski 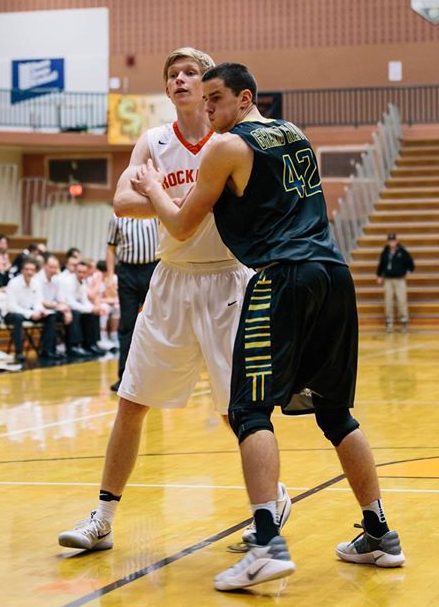 No. 42 Collin Takas gets ready for the outabounds play for Grand Haven. Photo/Nate Radowski 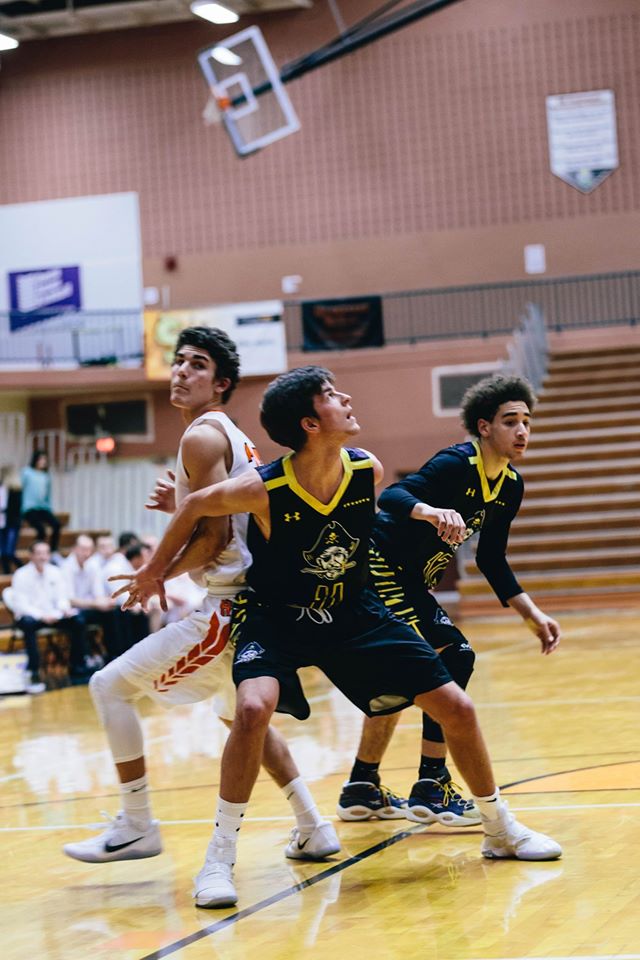 Zac Holman boxes out for the Buccaneers as Kellum Bridgeforth gets in the lane on the free throw. Photo/Nate Radowski 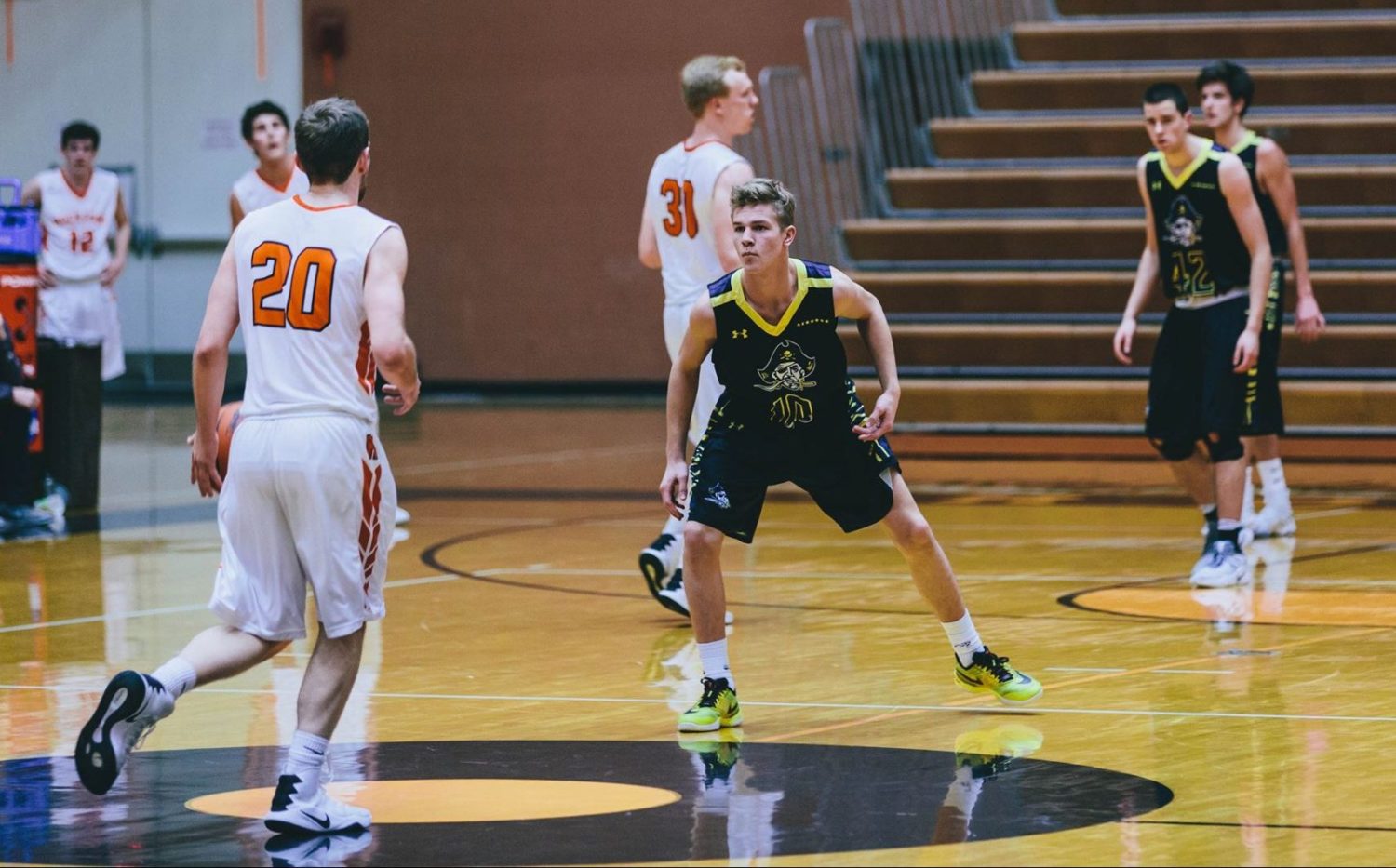 Bryce Taylor gets ready on the defensive side for Grand Haven. Photo/Nate Radowski 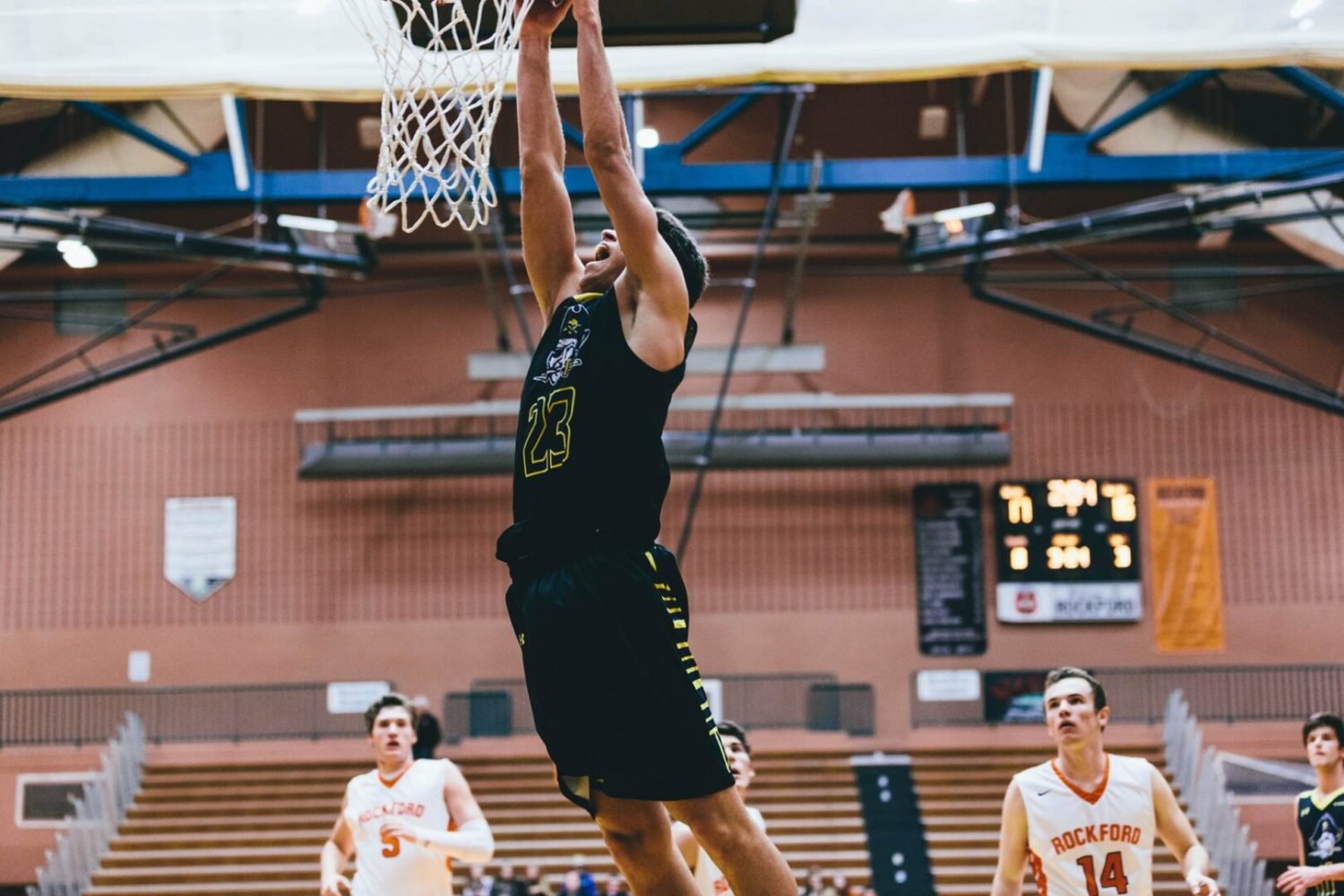 Ross Koella gets close to the rim for Grand Haven. Photo/Nate Radowski