The Lumberjacks beat the Des Moines Buccaneers Friday night 5-3, but the Bucs returned to L.C. Walker Arena looking for revenge on Saturday. 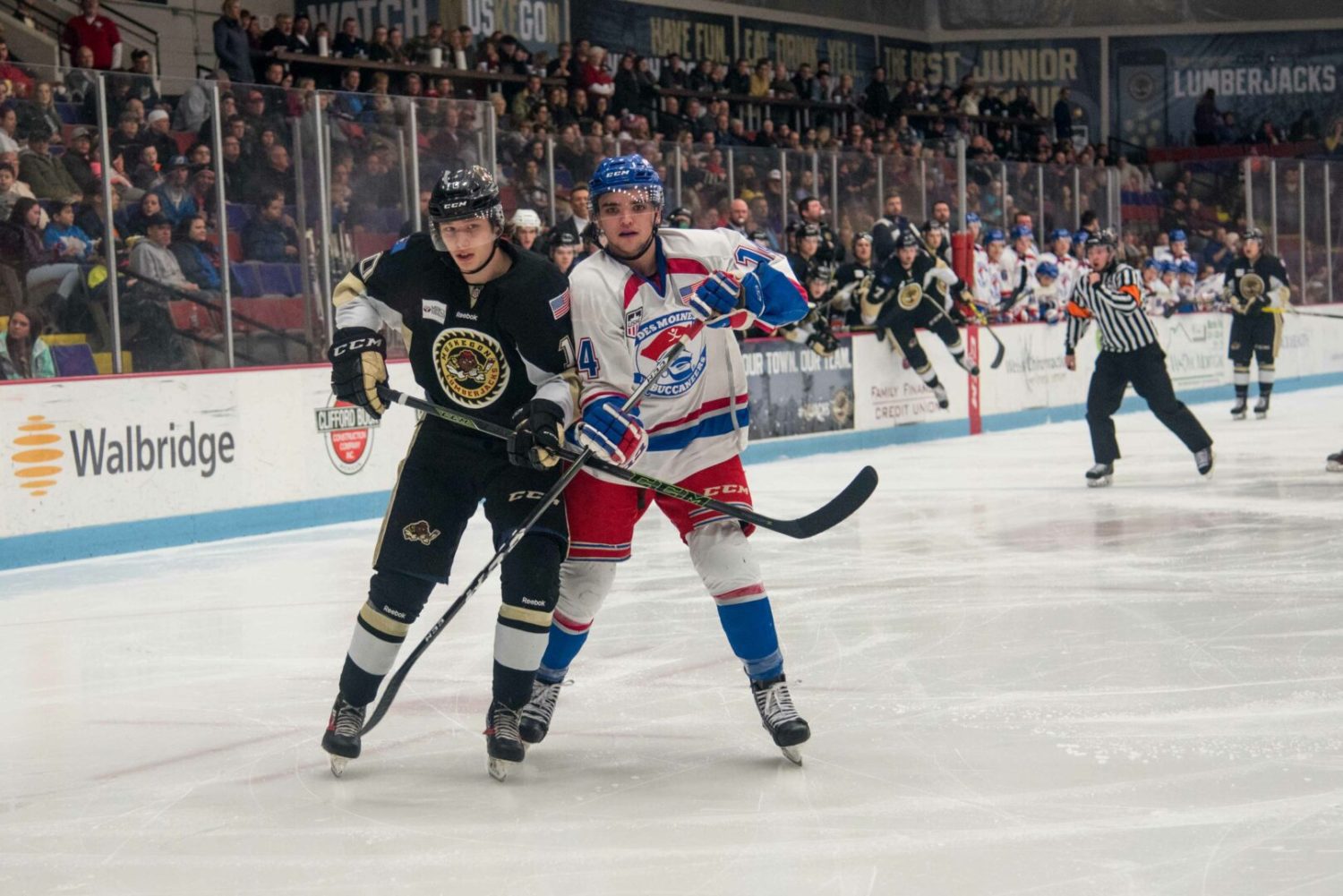 Muskegon’s Mikael Hakkaraninew and Des Moines’ David Keefer tie each other up as the play continues behind the Buccaneers net. Photo/Eric Sturr

Neither team was able to get on the board until midway through the third period, but Des Moines exacted its revenge with a 2-0 victory in front of 2,497 disappointed fans.

The loss drops Muskegon to 25-14-3 for the season and they remain in fourth place in the USHL’s Eastern Conference.

“We played a good first (period), we played an OK second, in the third period they dominated,” Muskegon head coach John LaFontaine said. “We didn’t want to be on our heels, but a little selfishness, a little trying too much instead of taking what they’d give us…

“We stopped generating any offensive opportunities. We couldn’t get anything, we couldn’t get in on (Des Moines goaltender Jan Ruzicka) because we were turning the puck over or didn’t have anyone to support us getting in on him.”

The Lumberjacks came out flying in the first period, outshooting the Buccaneers 10-2 in the first 10 minutes, but could not beat Ruzikca. The first period ended with no goals and no penalties for either team and Muskegon leading 13-4 in shots.

The second went much the same as the first, with Muskegon dominating the offensive zone but unable to solve Ruzicka. Through two periods, Ruzicka made 25 saves while his teammates mustered just 10 shots of their own. 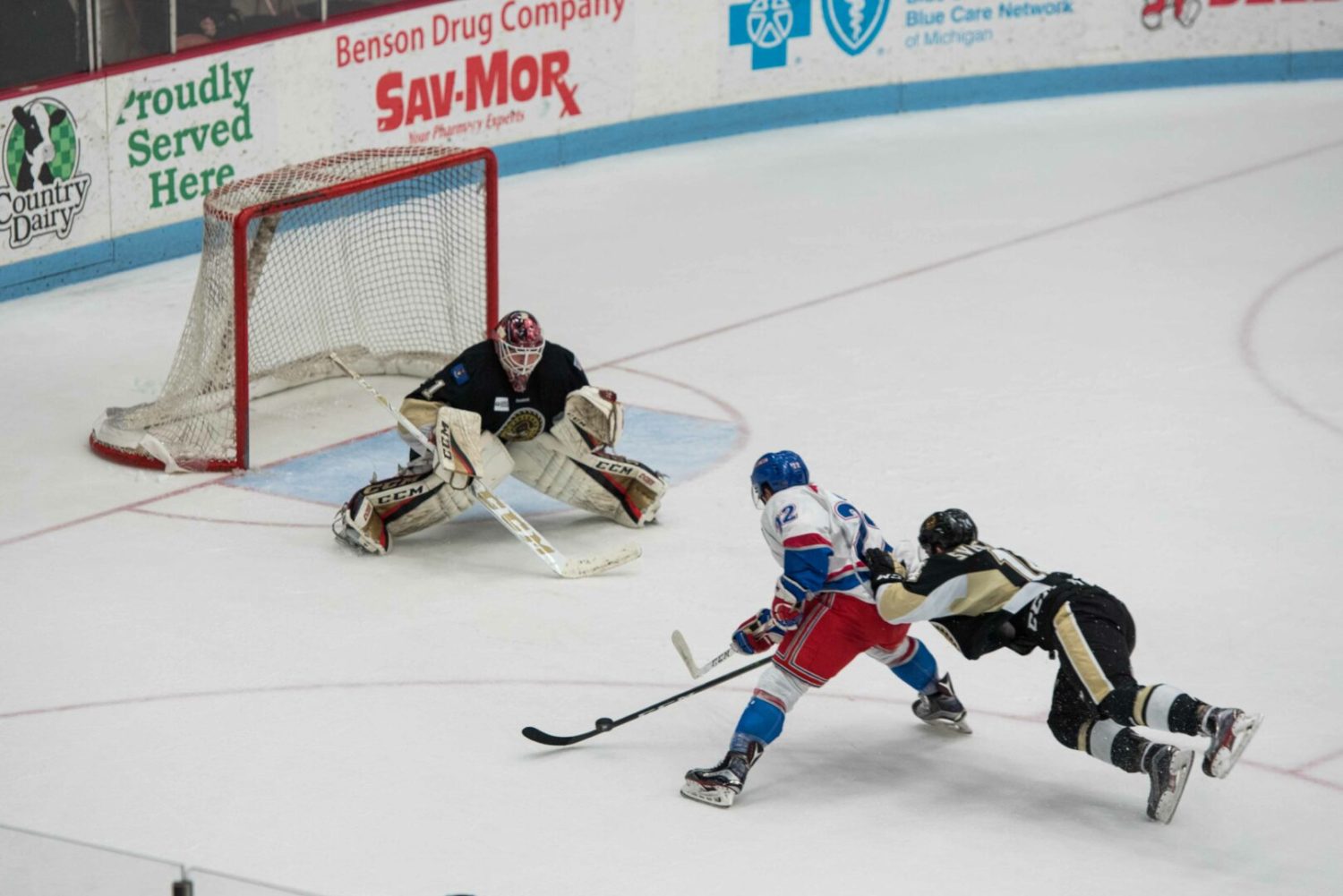 Des Moines came out firing on all cylinders in the third period, and Lumberjacks goalie Adam Brizgala was up to the challenge – except for one shot.

Former Lumberjack Scooter Brickey beat Brizgala with a hard wrist shot from between the face-off circles at 11:44 of the third to break the scoreless tie.

Brickey was just traded to Des Moines in late January.

The Buccaneers appeared to score again at the 14:27 mark, but after speaking with the goal judge, referee Jim White waived off the goal.

LaFontaine pulled Brizgala for an extra attacker with 1:58 remaining, but Des Moines iced the game 32-seconds later when Mario Ferraro launched a shot from his own zone into the empty net.

“As a coach, it’s our job to prepare them better for what they started to do to us, and we just didn’t get over the hump,” LaFontaine said. “It was a great crowd, I wish we could have won one for them.” 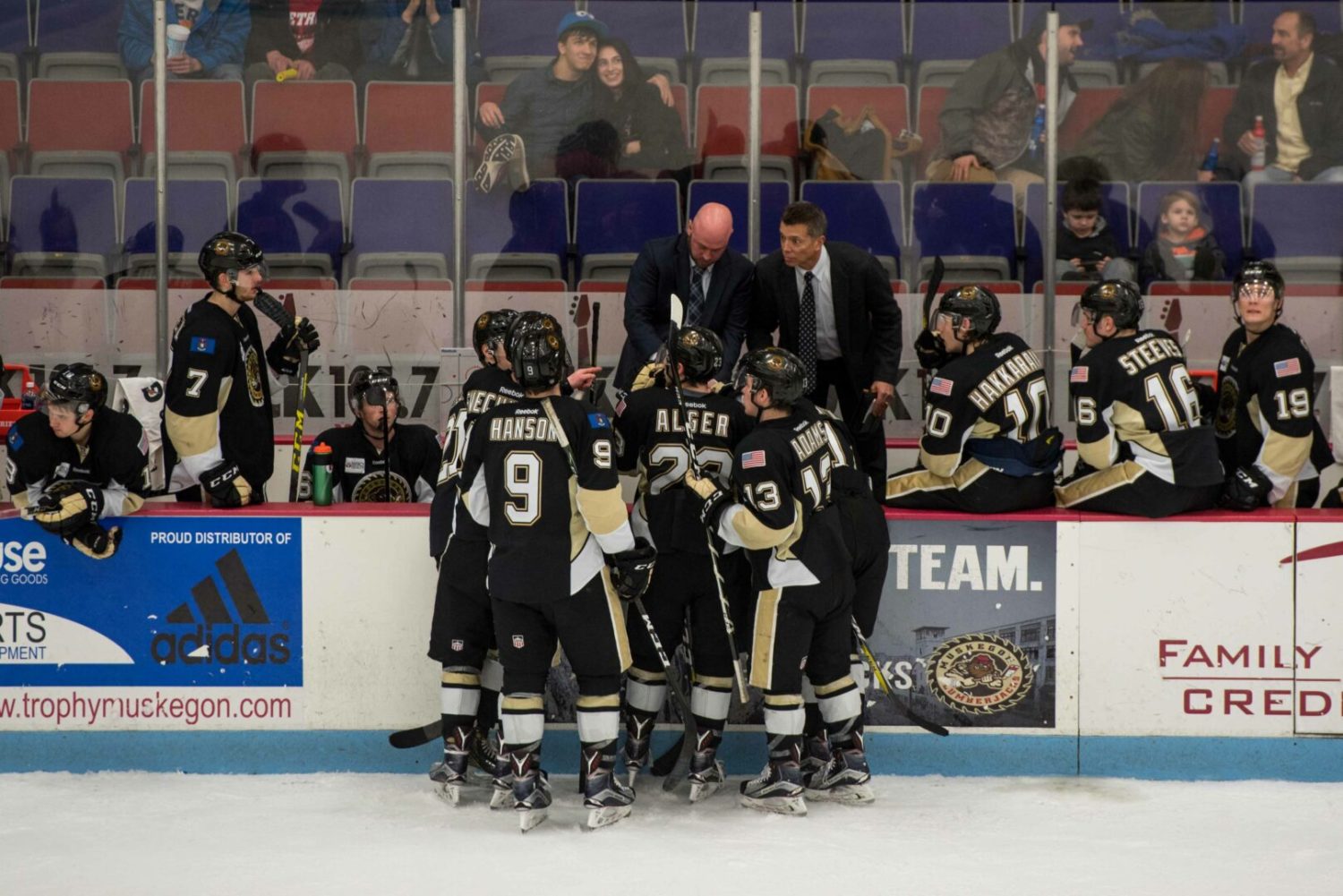 Muskegon coaches draw up a play during their time-out to try to even the score. Photo/Eric Sturr 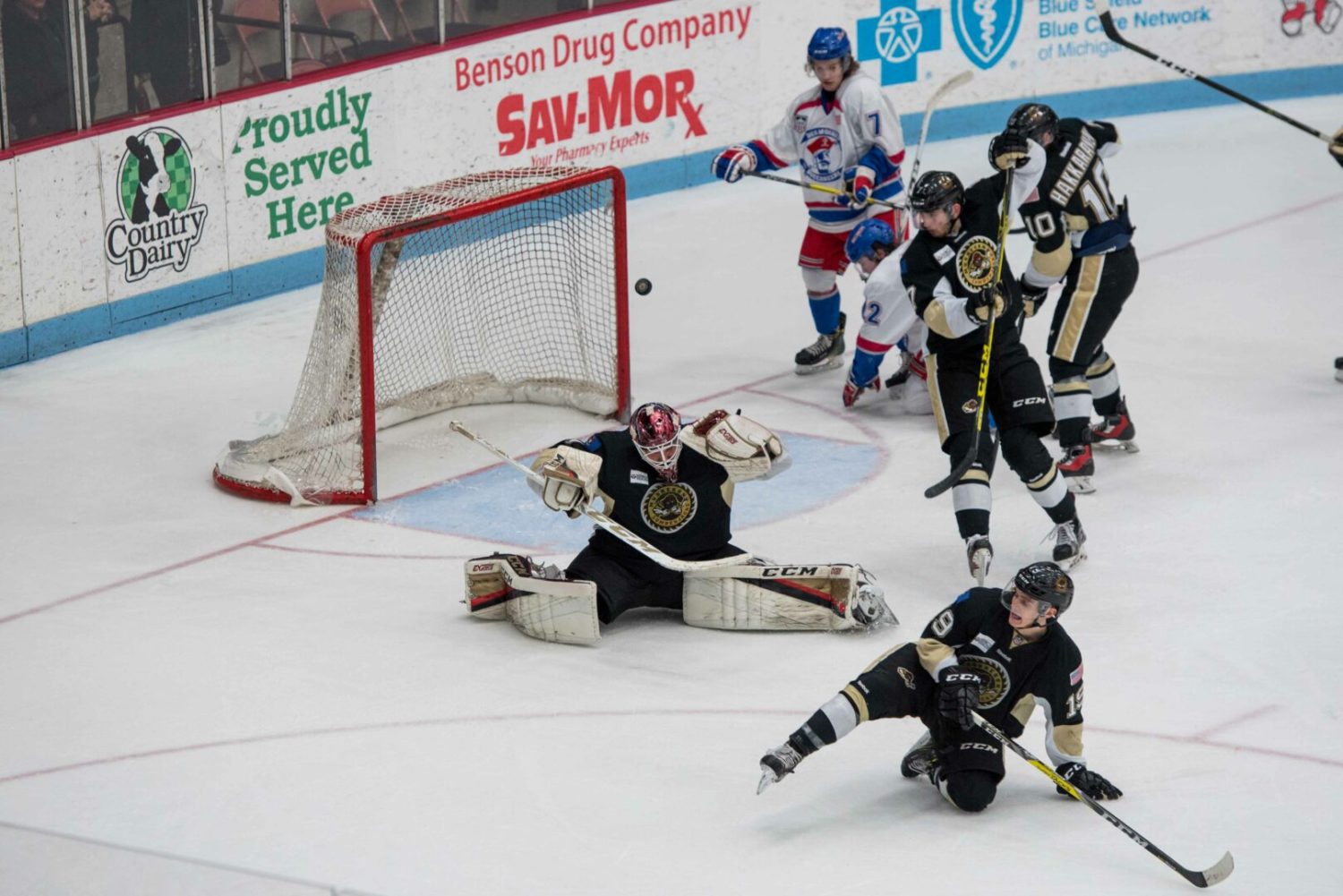 Adam Brizgala deflect the shot high for the save. Photo/Eric Sturr 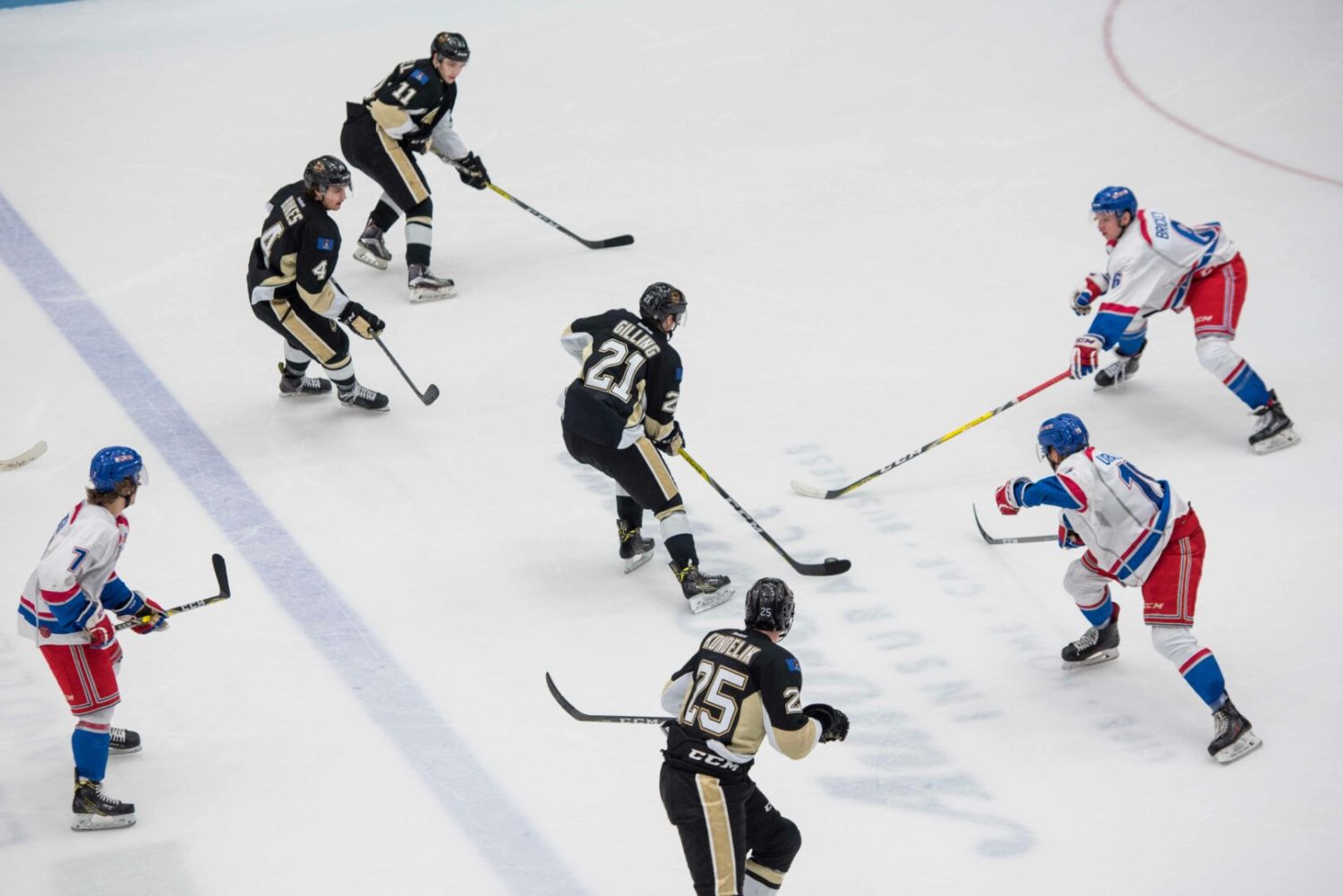 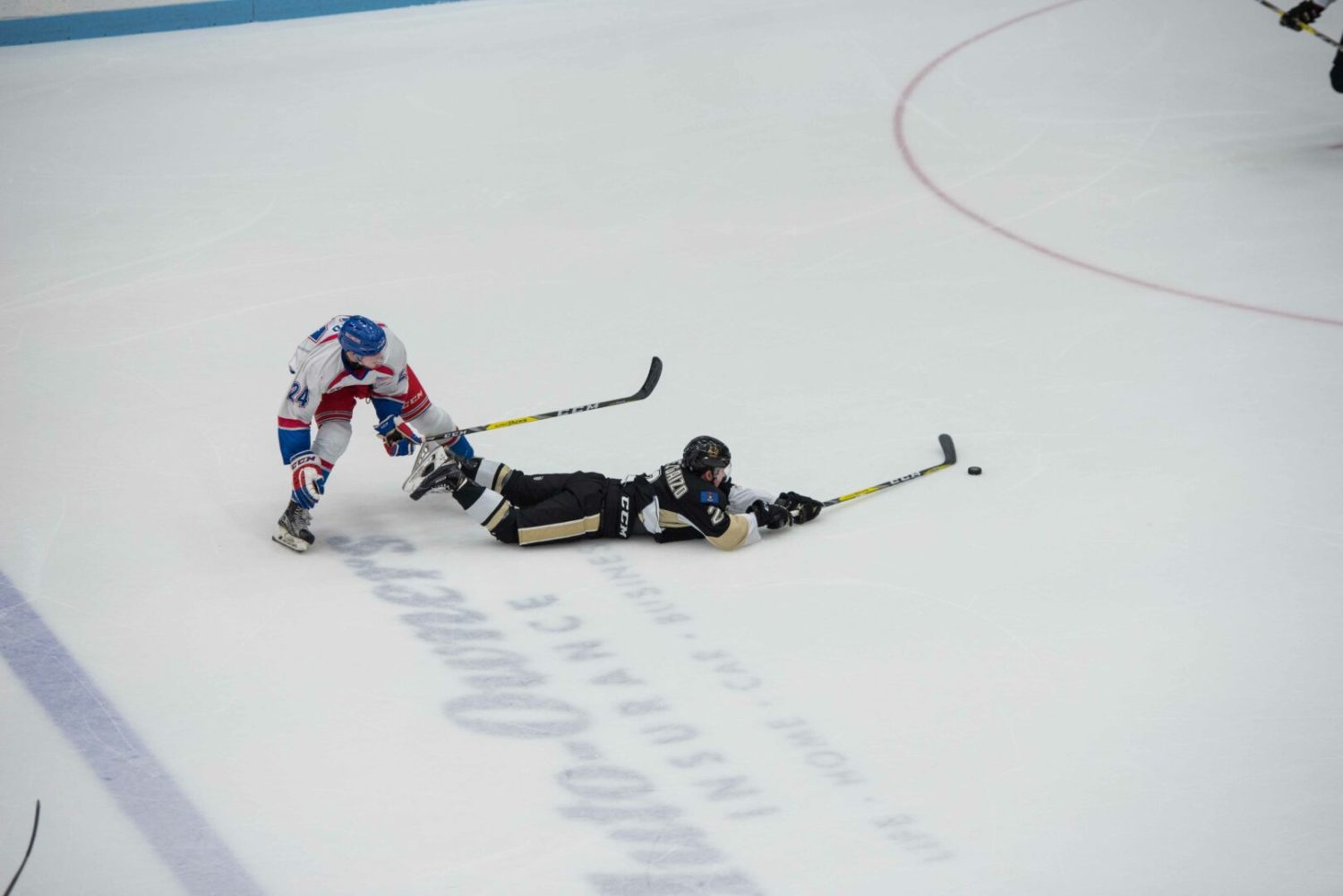 Marc Del Gaizo keeps possession for the Jacks while sprawled out on the ice. Photo/Eric Sturr 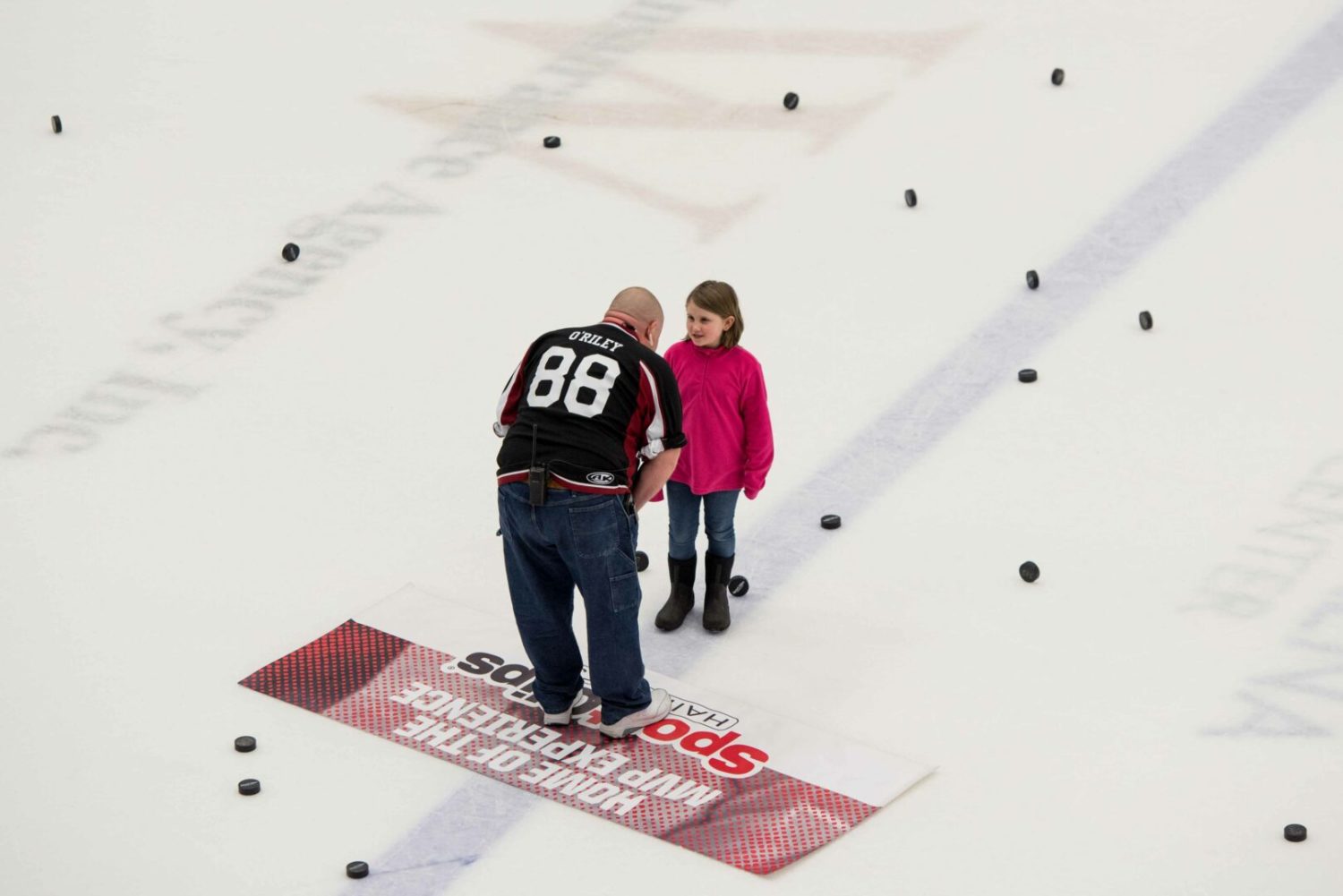 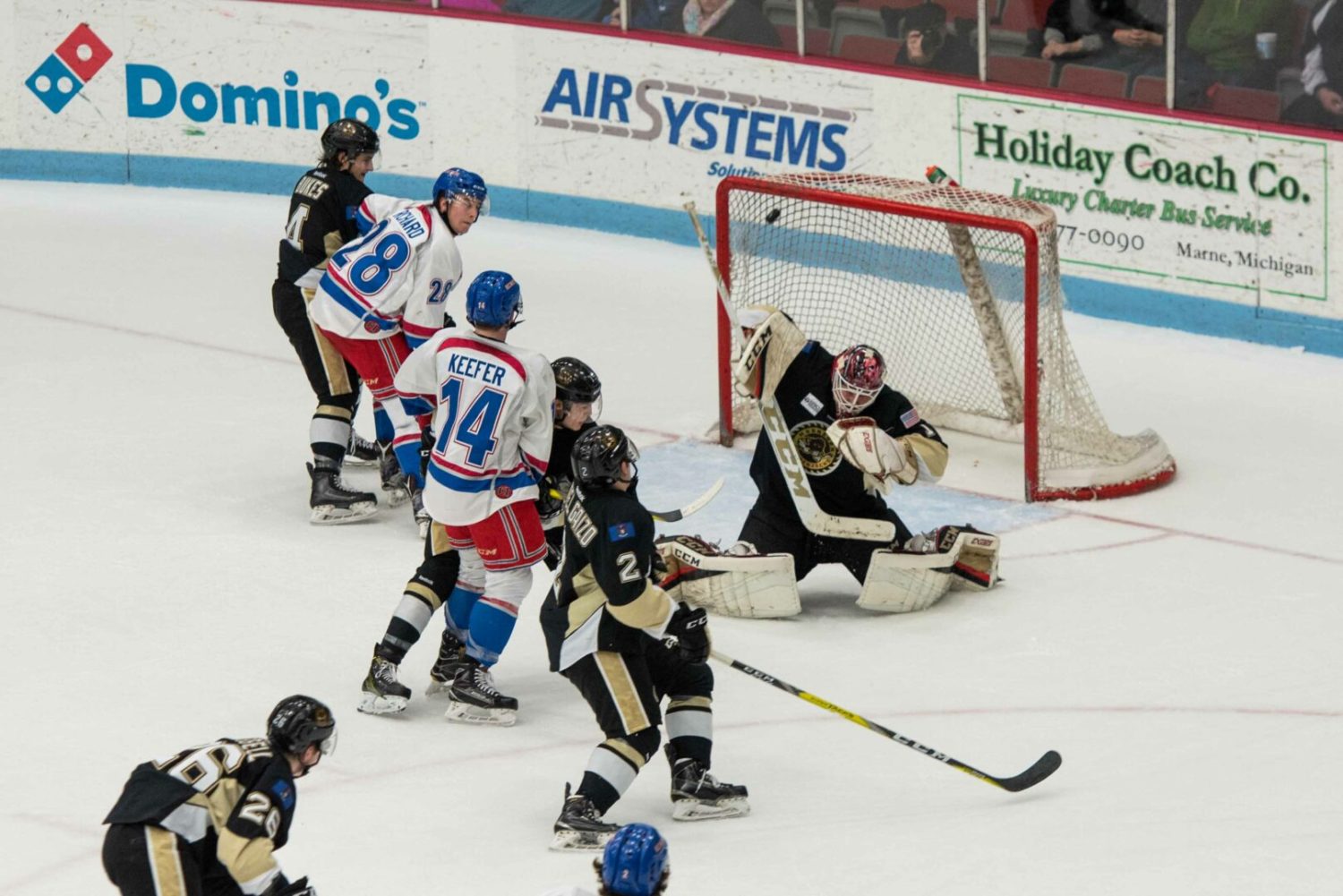 Adam Brizgala comes out of his net to cut down the angle and makes the save. Photo/Eric Sturr 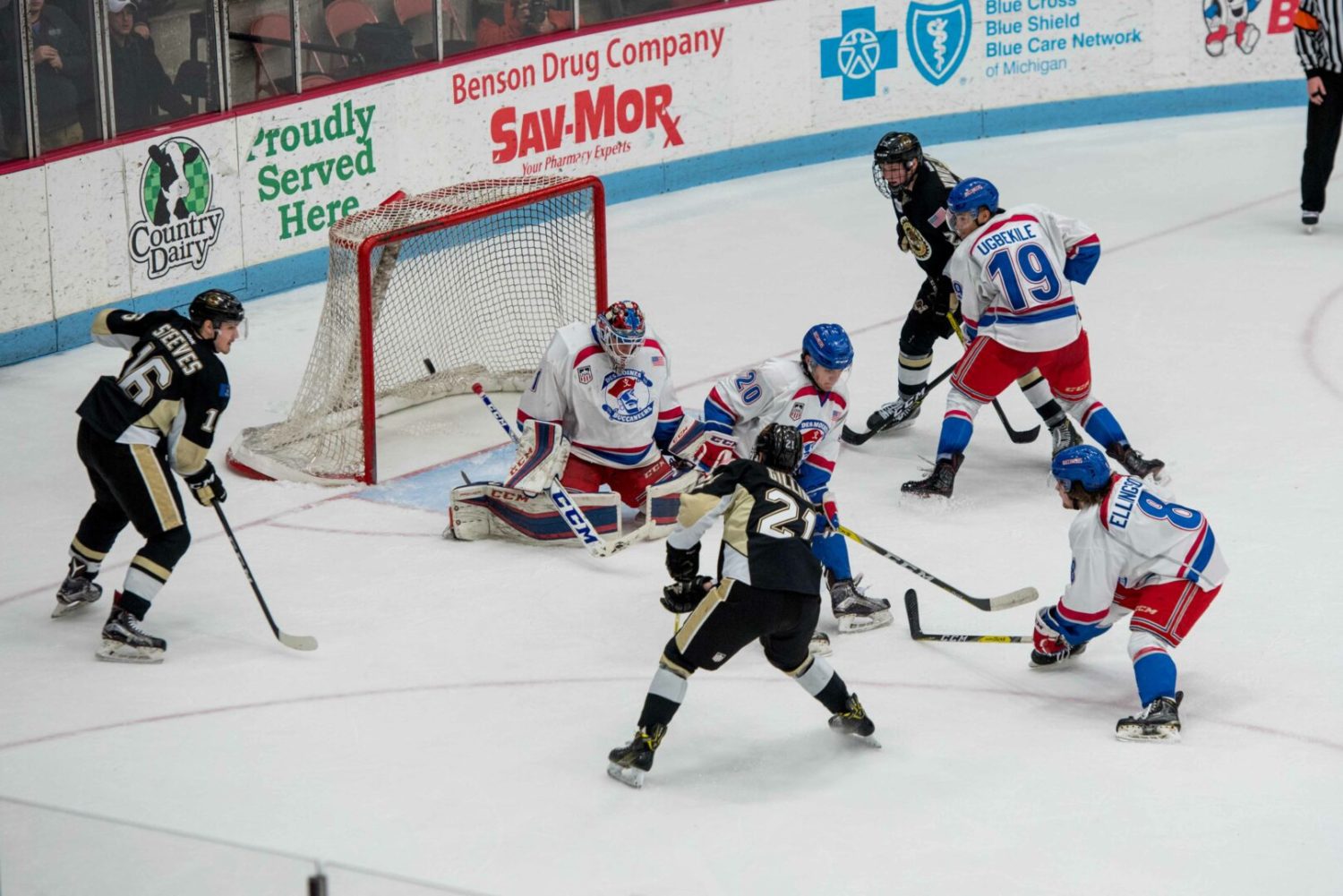 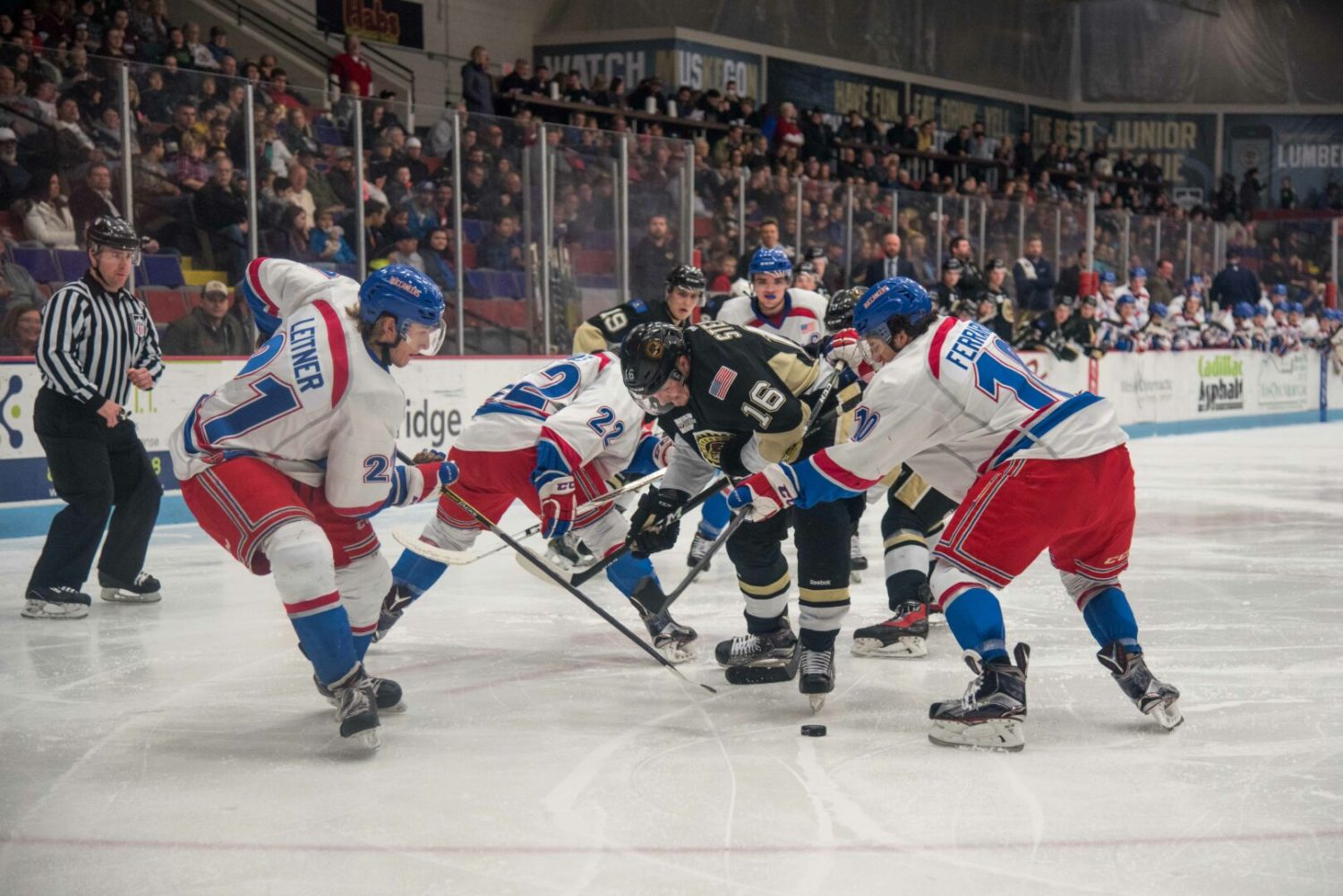 Muskegon’s Matt Steeves (16) is surrounded by Buccaneers and still is able to get a shot off. Photo/Eric Sturr

Muskegon’s Mikael Hakkaraninew and Des Moines’ David Keefer tie each other up as the play continues behind the Buccaneers net. Photo/Eric Sturr 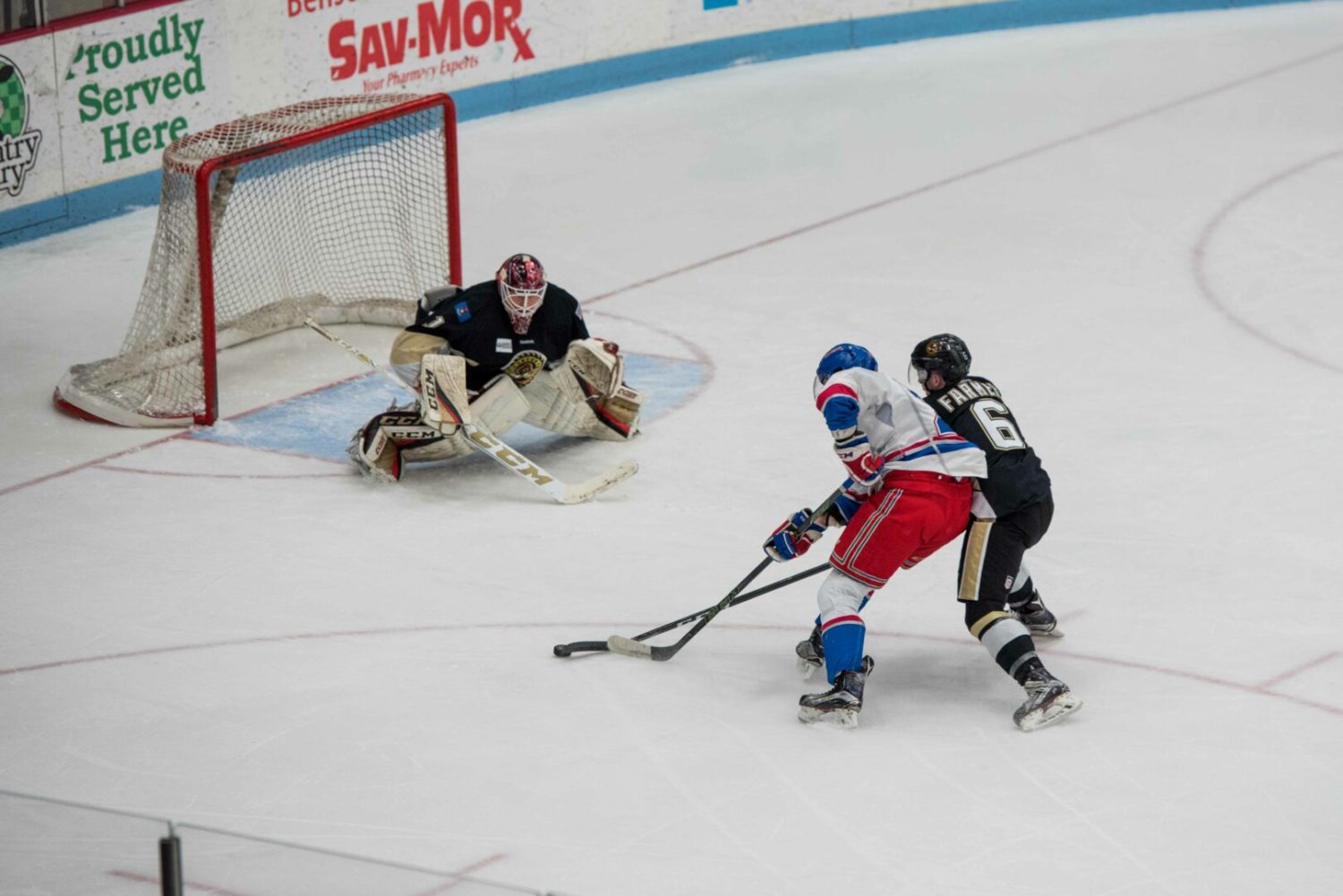 Ty Farmer (6), on a great hustle play, catches Cameron Orchard from behind to stop the scoring chance. Photo/Eric Sturr 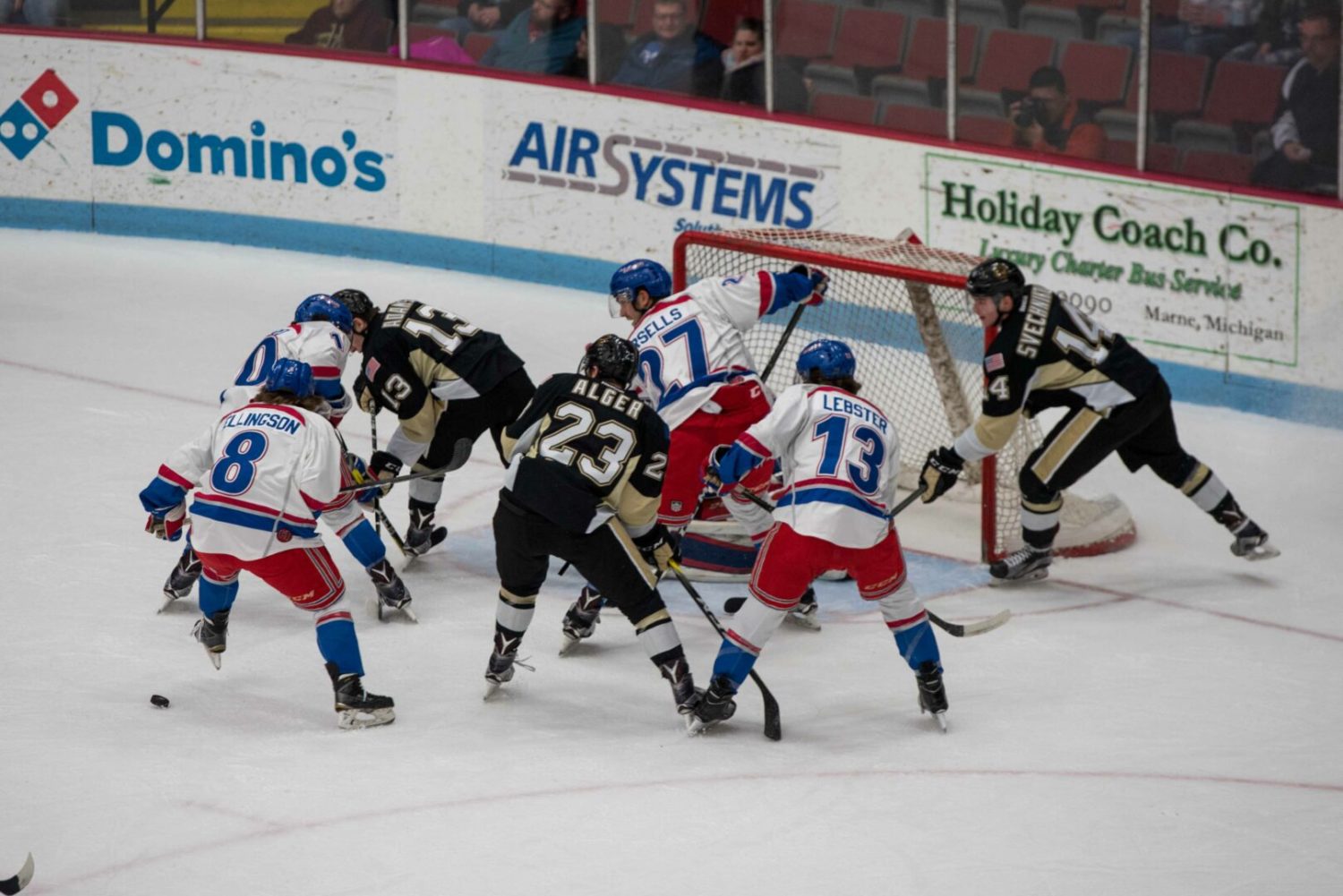 Muskegon has 3 players surrounding the crease, but the puck is cleared away. Photo/Eric Sturr 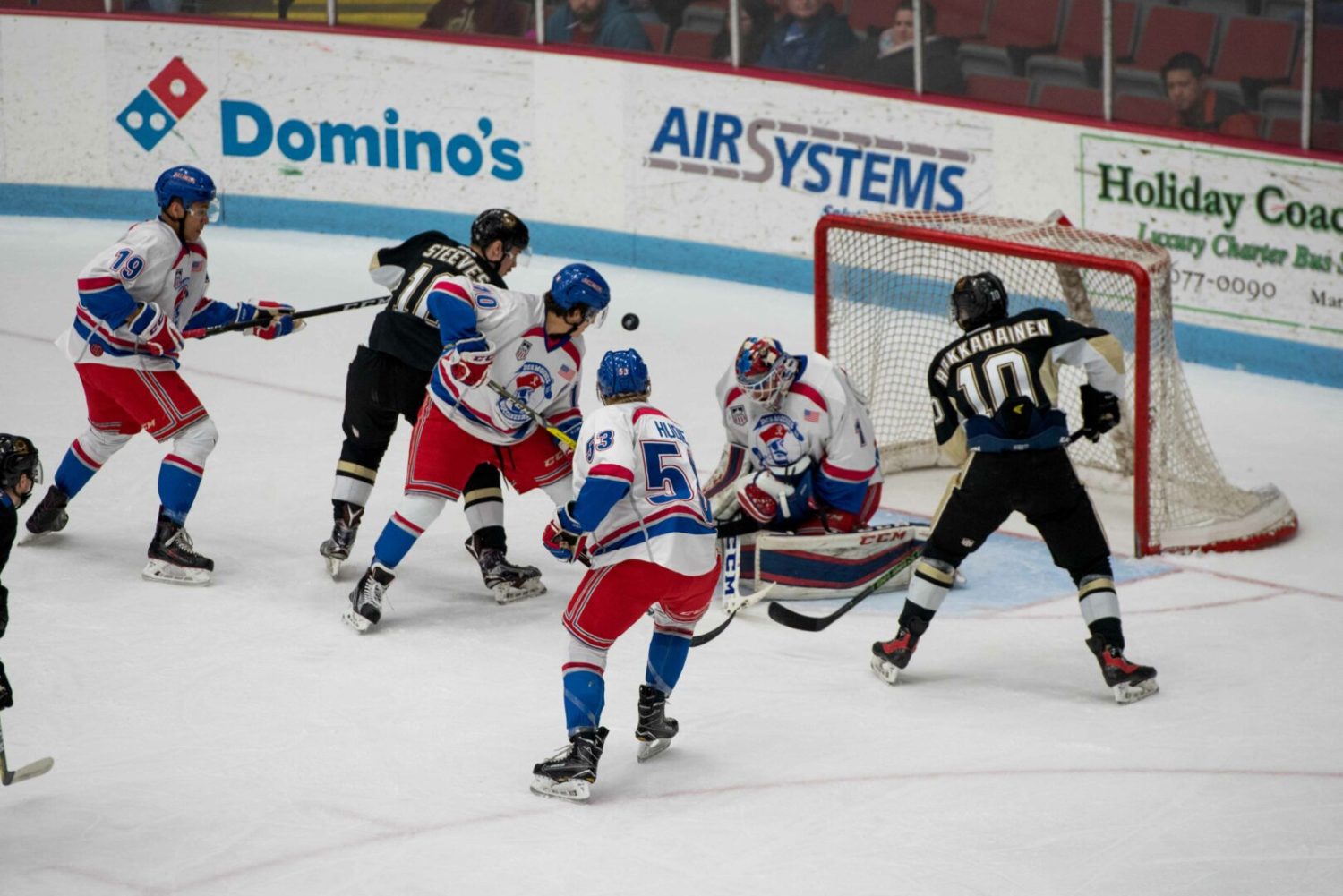 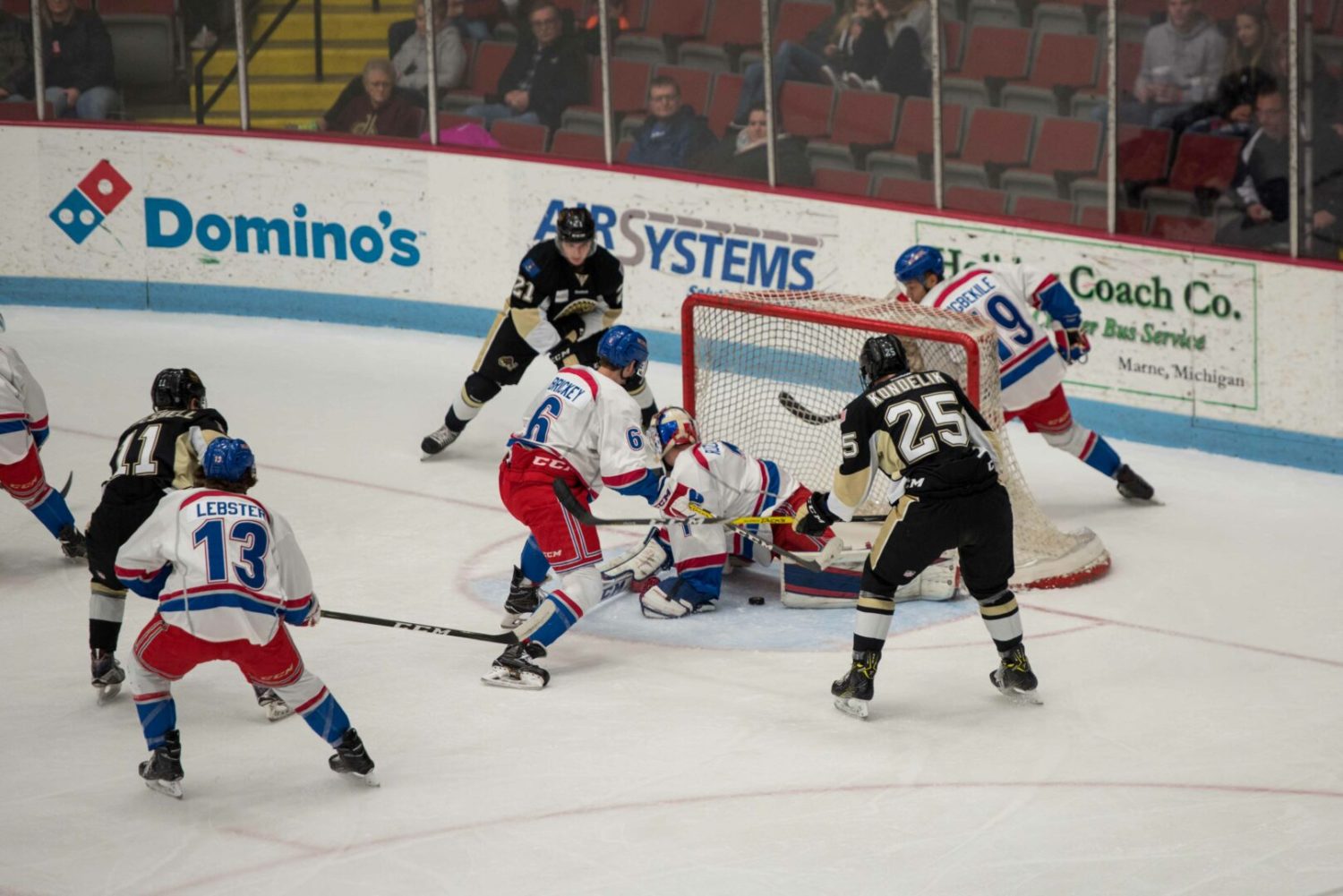 Loose puck in the crease, but Muskegon’s Jachym Kondelik (25) can’t get there in time. Photo/Eric Sturr 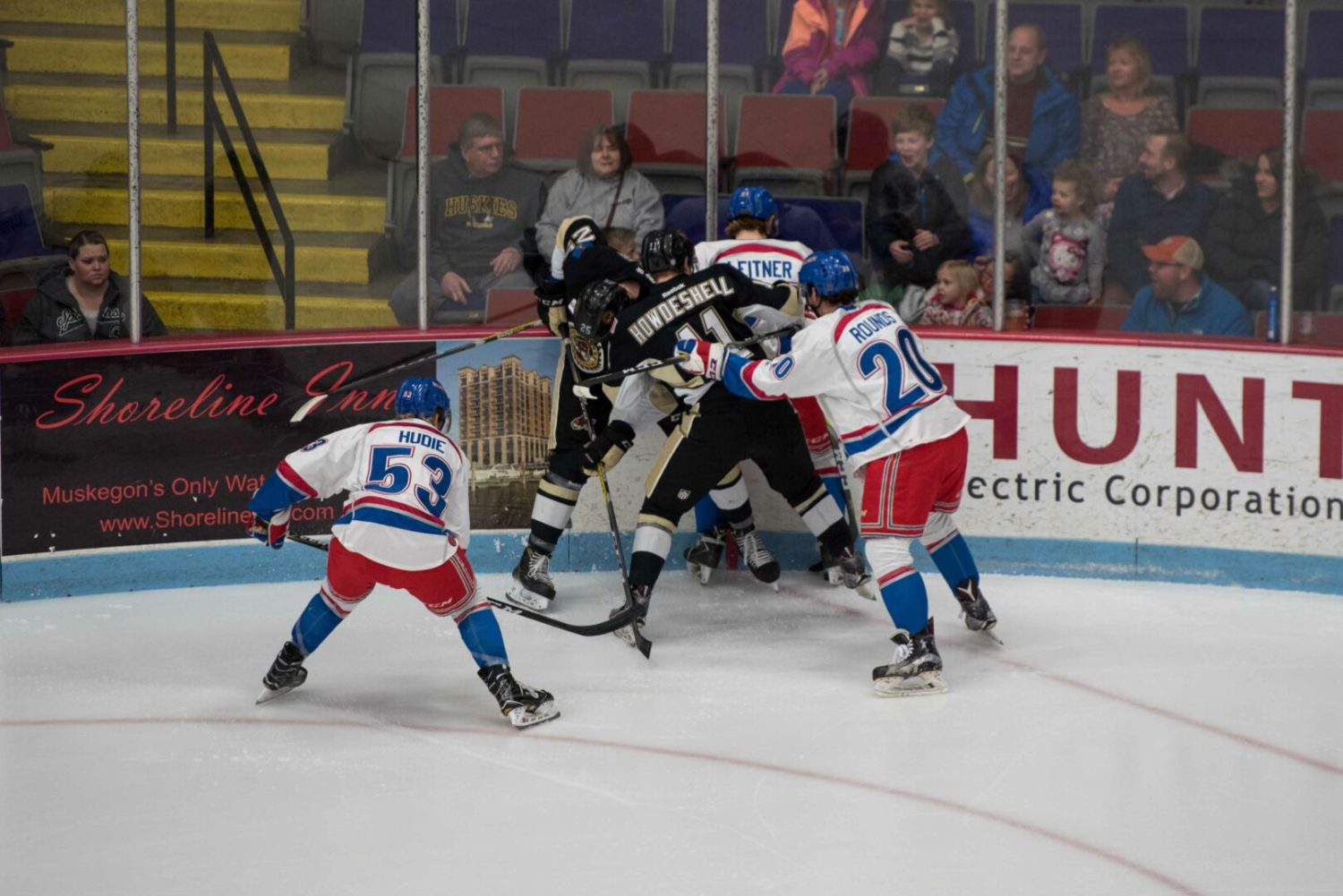 Scrum in the corner as both teams battle for the loose puck. Photo/Eric Sturr 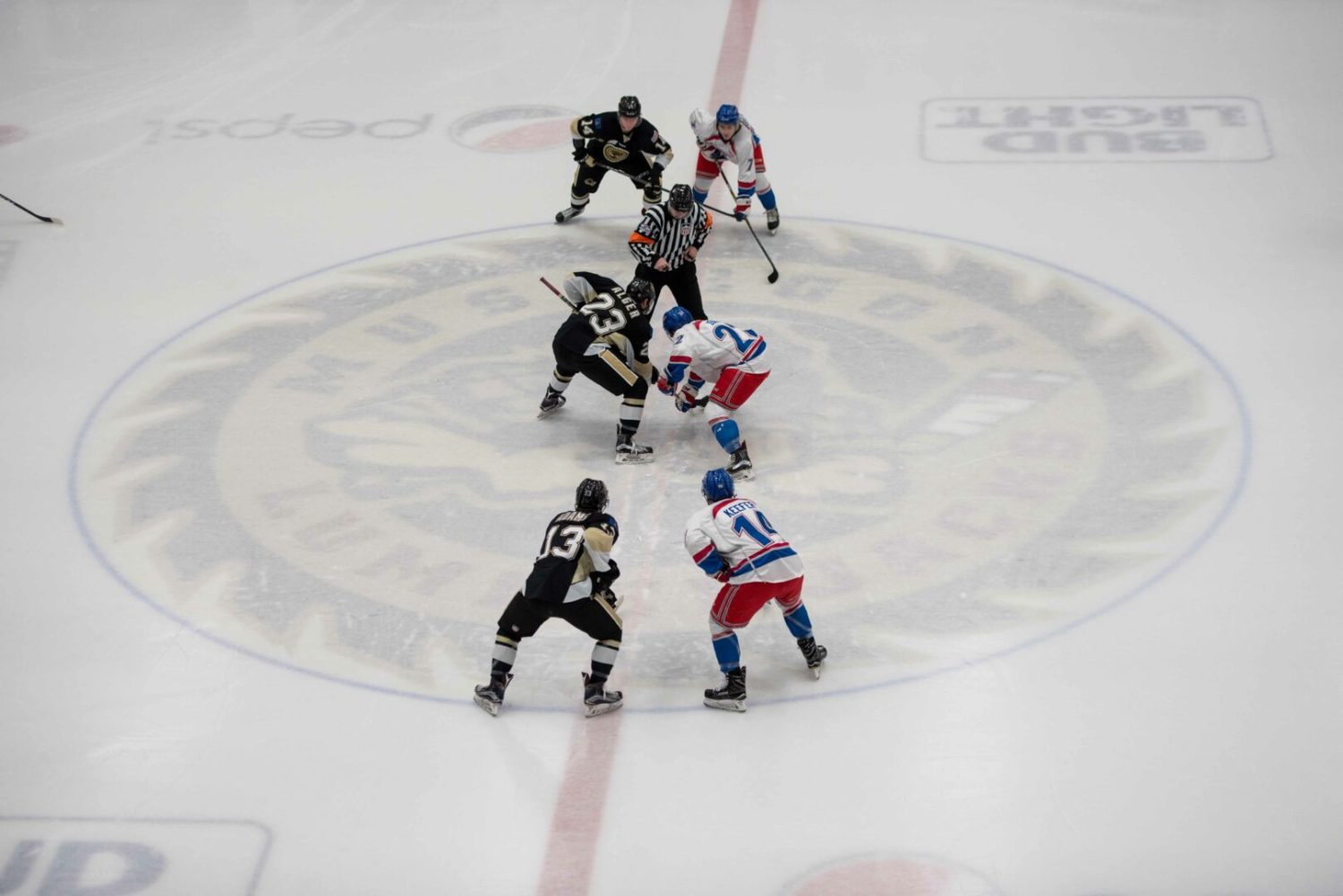 Get a Sport Clips haircut … and free tickets for a Muskegon Clippers game!