The Mona Shores hockey team had the benefit of having a dress rehearsal for its first-round state tournament game, and it obviously paid off.

On Saturday, the Sailors defeated Traverse City Central 4-0 in the regular-season finale for both teams.

On Monday, Mona Shores repeated that outcome with a 4-2 victory over Traverse City Central in a Division 2 pre-regional game at Lakeshore Sports Centre in Fruitport Township.

The Sailors padded their lead with two goals less than three minutes apart early in the second period, from Zac Cuthbertson and Brandon Ledyard. Mark Mills assisted on Ledyard’s goal.

Cuthbertson scored again in the third period, with assists from Bathrick and Ledyard, to put Mona Shores up 4-1.

Mona Shores goalie Anthony Shrum was a workhorse in the victory, posting 34 saves, after shutting out the Trojans on Saturday.

The Sailors will now face Petoskey in Thursday’s pre-regional semifinal at the Lakeshore Ice Arena in Fruitport.

Reeths-Puffer and Rockford will meet on Thursday at 7 p.m. at Griff’s Ice House in Grand Rapids. 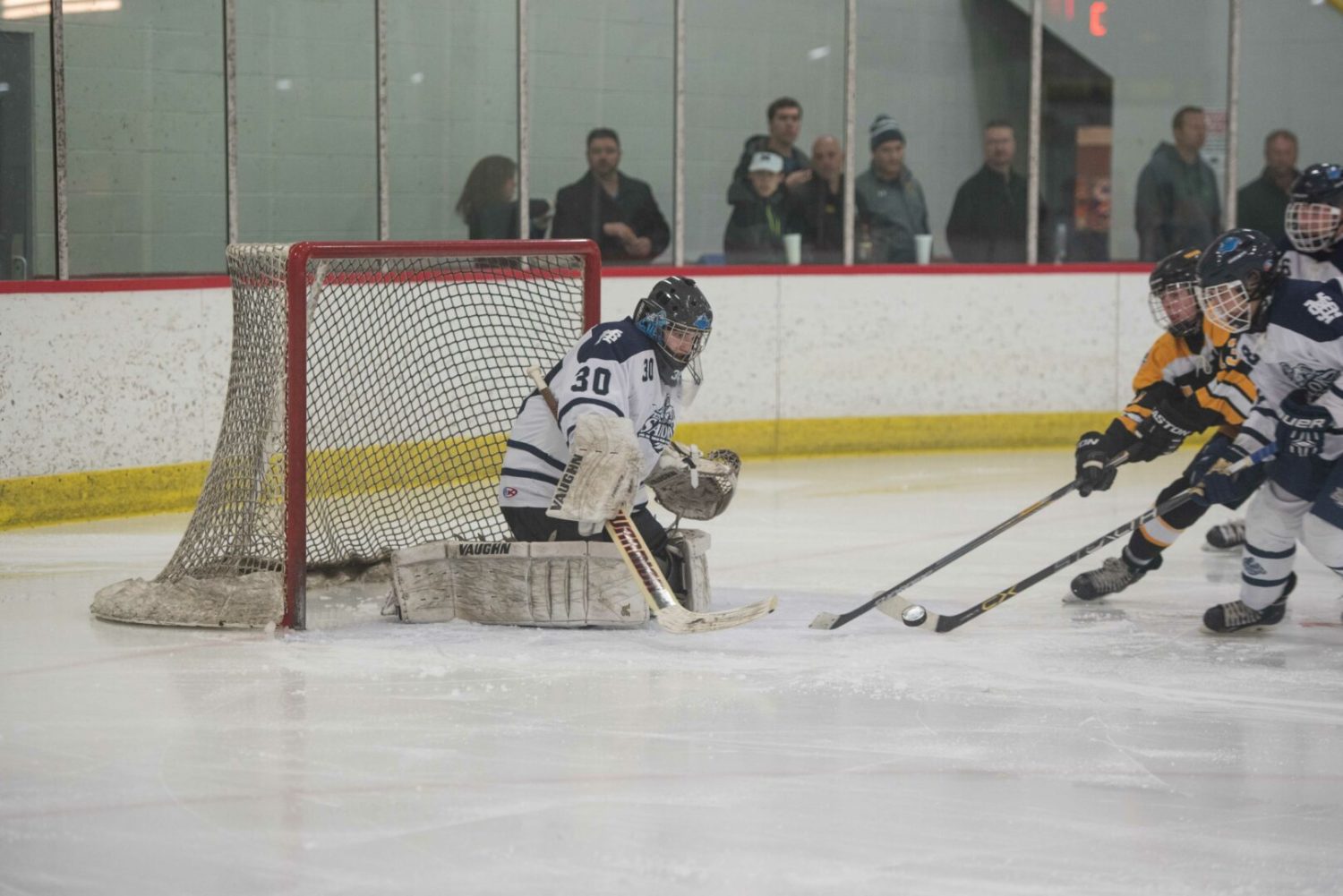 Anthony Shrum turns away a Traverse City shot on his way to a shut-out victory for the Sailors. Photo/Eric Sturr 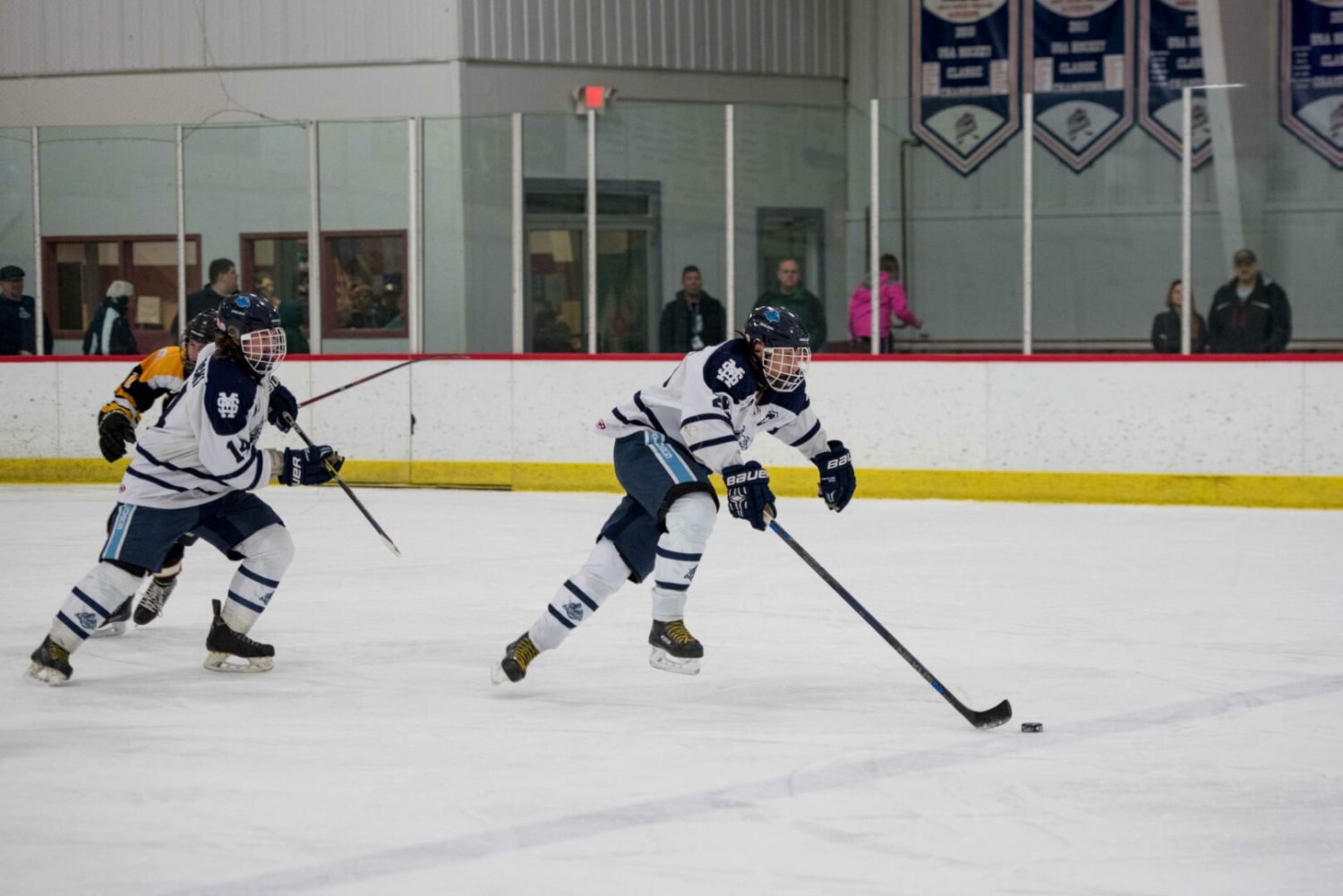 Isaiah Bathrick jumps out of his zone as he rushes up ice on the break out. Photo/Eric Sturr 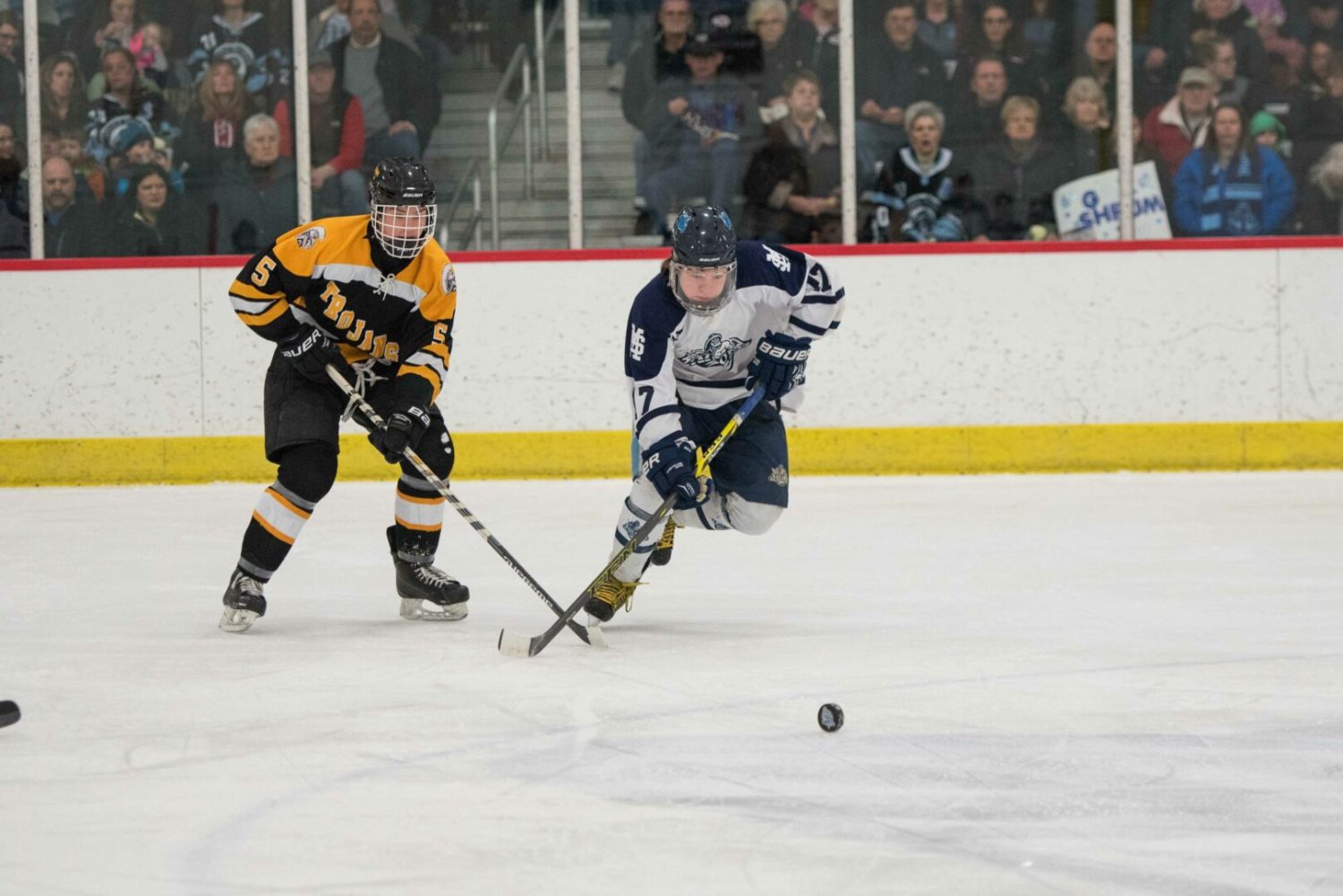 Matt Martin chases down a loose puck in the neutral zone. Martin had a goal and an assist in the game. Photo/Eric Sturr