His teams have always been good, but were eliminated at the regional level of the state tournament in four of the past five seasons.

But this looks like a year when a longer run might be possible, based on the Eagles’ 19-1 regular season that ended with an impressive 80-50 victory over Class B Montague in a non-league contest on Thursday night. 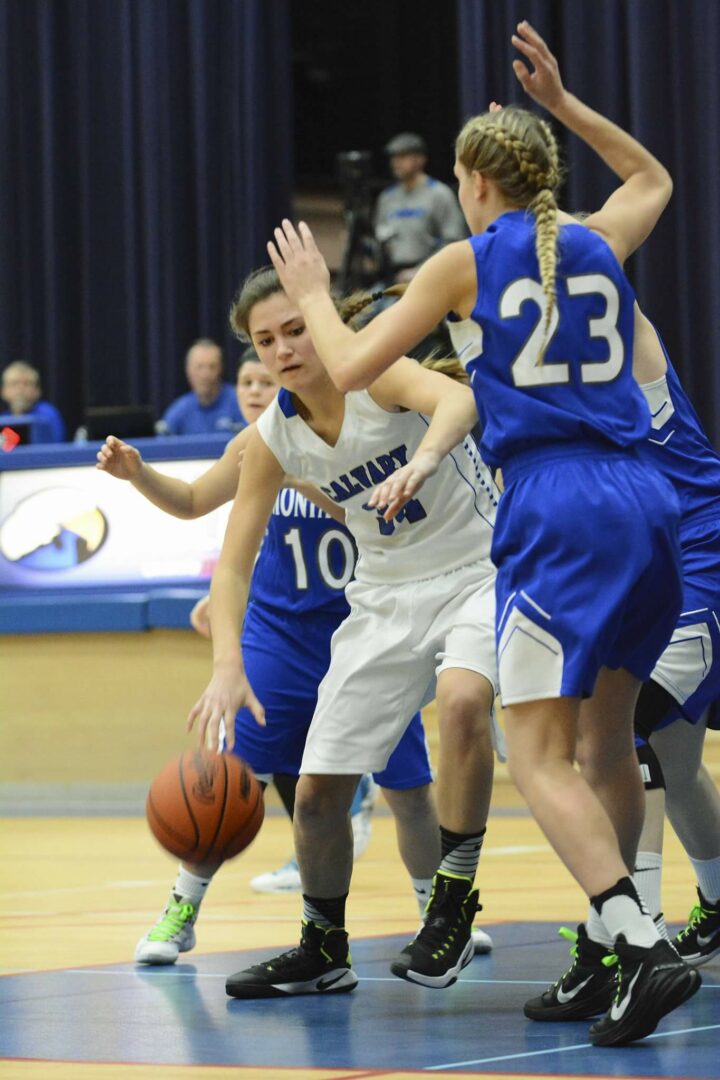 Allyson Richards drives in the lane against Montague’s No. 23 McKenna Lohman and No. 10 Sydney Stine. Photo/Marc Hoeksema

Montague was not the only team from a bigger school that fell victim to Fruitport Calvary this season. The Eagles have also beaten Class B Fruitport and Class C Muskegon Heights, North Muskegon and Western Michigan Christian.

Fruitport Calvary’s postseason journey begins next Friday in the Class D district finals in its own gym. The Eagles earned an automatic berth in the finals because their semifinal opponent withdrew from the tournament.

All things seem possible for the Eagles, but after Thursday’s big win, Richards was not talking about a state title.

“This year we are not talking about Breslin,” said Richards, referring to Michigan State University’s Breslin Center, where the state finals are played. “We are just going to take it one play at a time.

“We know if we play the way we are capable of playing, we certainly have a chance with anyone that steps on the floor with us. But we are not talking state championships. We obviously would like to go on a run, but we are not going to think big picture.”

The Eagles jumped out to a 16-10 lead over Montague after the first quarter and led 38-30 at halftime. They took control of the contest by outscoring the Wildcats 18-6 in the third quarter and 24-14 in the fourth.

The Eagles, who had four players in double figures, were led by freshman Kelsey Richards with a career-high 27 points. Allyson Richards added 22 points, Lexy Wilson had 15 and Jordyn Hamilton chipped in 14.

“I don’t think I’ve coached a basketball team that is so close both on and off the court, which shows in our assist column,” Richards said. “That is what happens when you have kids that care about each other and put the team first.”

Montague, which closed out the regular season with a 10-10 record, was led by Claudia Rumsey with 15 points and McKenna Lohman with 10.

“We played well and with a lot of energy in the first half,” said Montague Coach Cody Kater, whose team will host the winner of the Oakridge-Fruitport game in the Class B district semifinals next Wednesday. “They (Fruitport Calvary) had a big night and do a great job over there.” 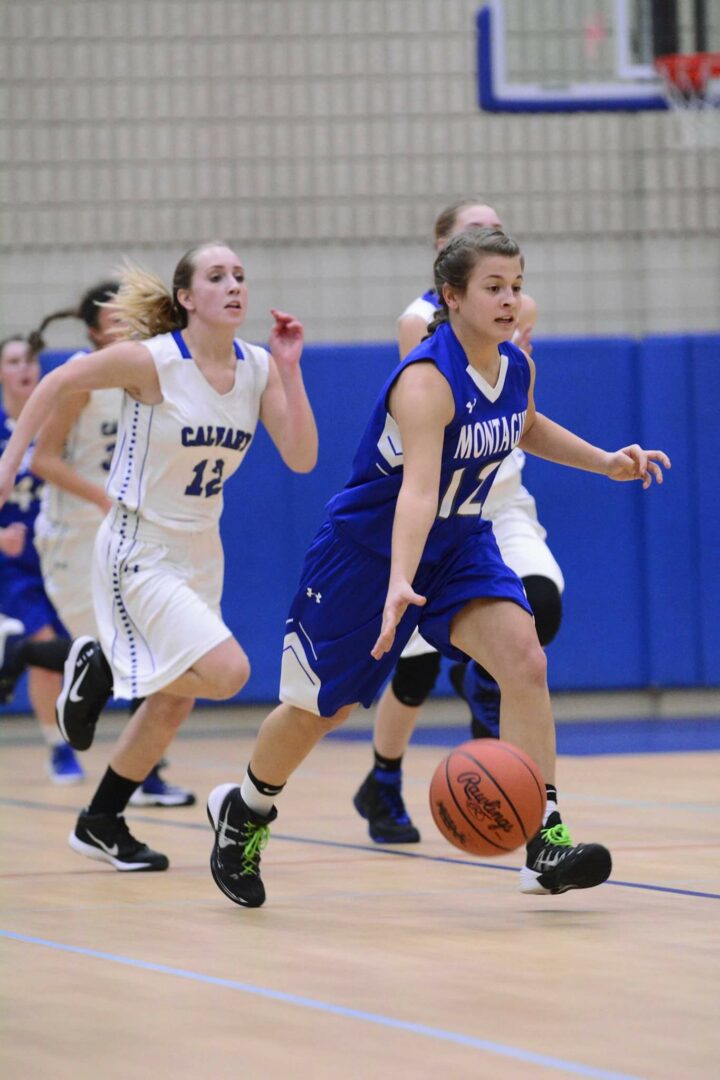 Hannah Smith drives up the floor for Montague. Photo/Marc Hoeksema 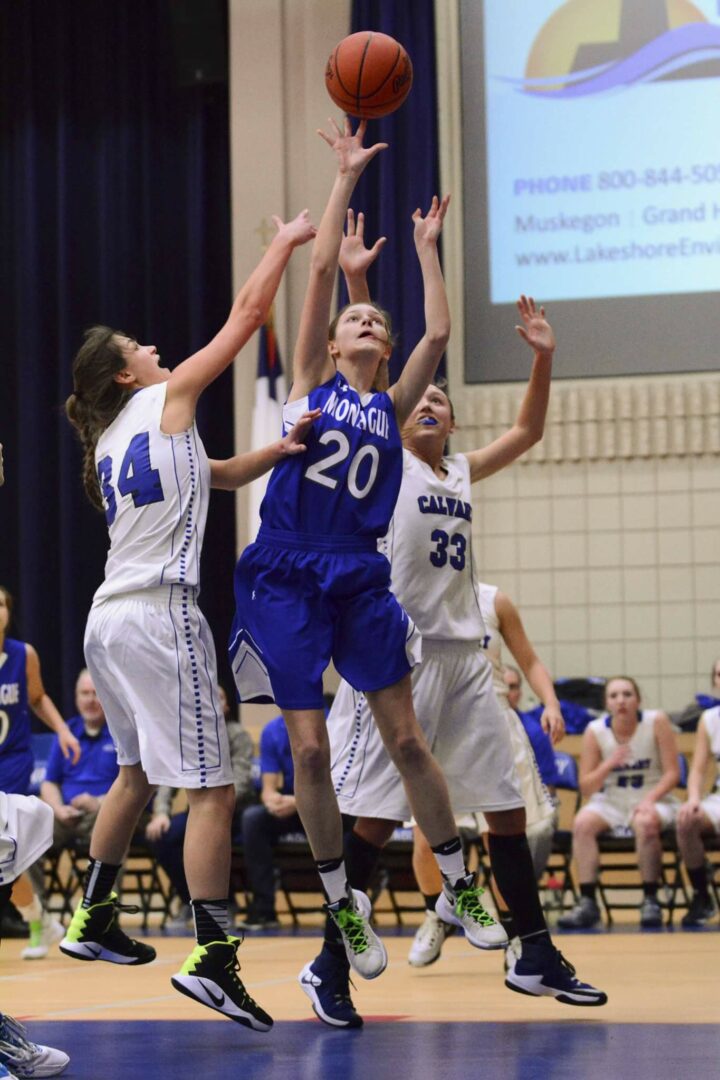 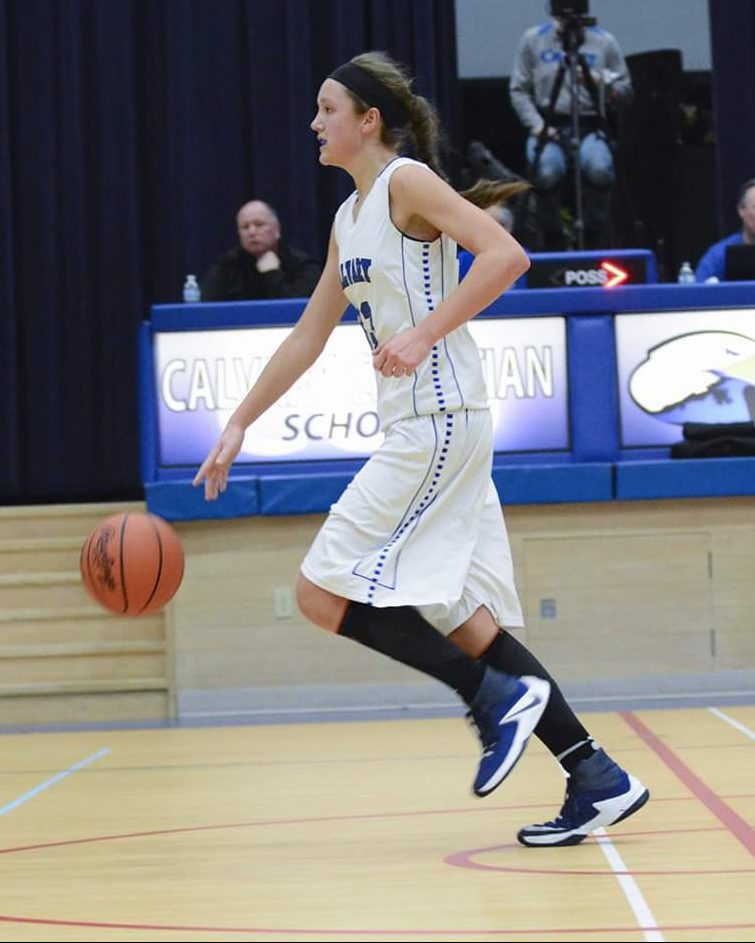 Kelsey Richards brings the ball up the floor for the Eagles. Photo/Marc Hoeksema 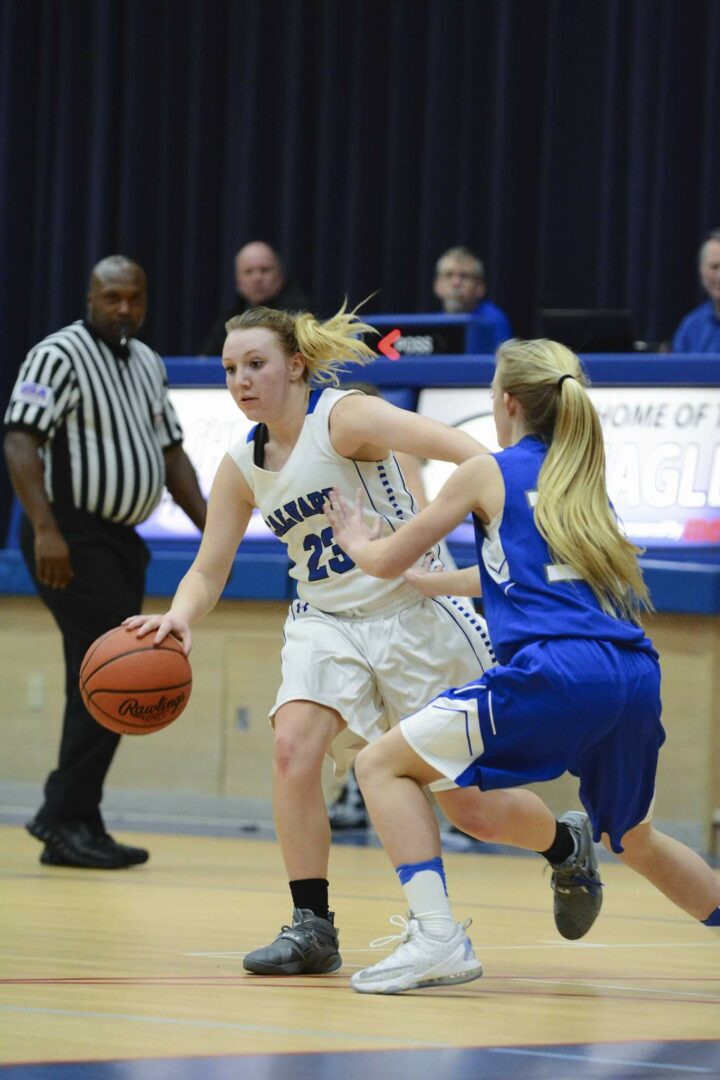