MUSKEGON TOWNSHIP – In nearly every varsity sport, the season is over when a team is eliminated from the state tournament.

But that’s not the case with wrestling.

The Reeths-Puffer wrestling team was eliminated by Greenville in team regionals on Wednesday, wrapping up an outstanding season that included conference and district championships.

Two of those wrestlers – Blake Ross and Caleb Jensen – qualified for the individual state finals last year but didn’t get very far, posting 0-2 records at the Palace of Auburn Hills. 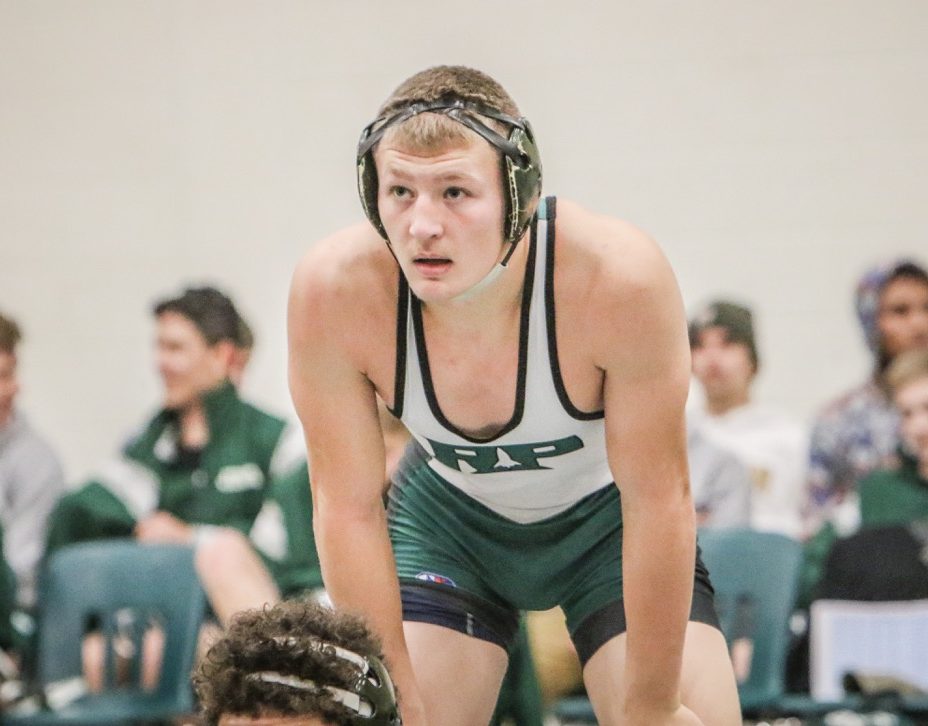 Blake Ross gets ready for a match earlier this season. Photo/Joe Lane

Both are eager to get back to the finals and do better than they did last season. They can qualify for another trip to the Palace by finishing in the top four in their respective weight classes at Saturday’s Division 2 individual regional tournament at Byron Center High School.

Ross is a senior, so this is his last chance to accomplish his personal wrestling goals.

“I definitely think about it,” said Ross, a 160-pounder who has an impressive 43-2 record so far this season. “I wasn’t happy with how I ended up at state, going 0-2. It motivated me in the offseason. I worked out a little more, hit the weight room more, and tried staying in the wrestling room as much as I could to work on technique.”

Jensen, a junior 119-pounder, will have another chance next year, but doesn’t want to wait that long to capture state honors.

“It would mean a lot,” said Jensen about the possibility of getting back to the state finals and earning All-State honors. “I worked hard in the offseason and I did a lot more than previous offseasons. My goal has always been to place. I think about it all the time, from the moment I wake up to the moment I go to bed.” 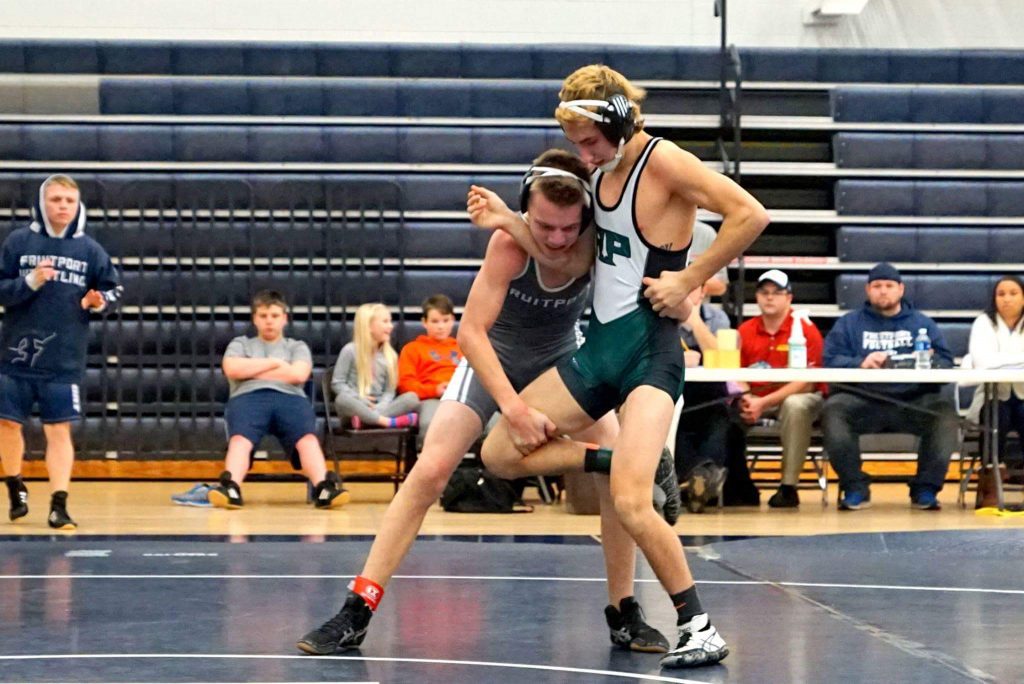 While Ross is focused on becoming a state qualifier again, he can accomplish another major goal at Saturday’s regional tournament. He is three wins away from tying the school record for career victories, and could break it by posting four wins on Saturday.

The current record of 166 wins is held by former Rocket Cody Stenberg. Ross currently has 163.

“To hold an overall win record for my school would be huge,” said Ross, who won an O-K Black conference title in his weight class and was a runner-up at the city meet. “It’s been in the back of my mind for the last couple seasons that the record is within reach. I’ve pushed hard this year to make sure that I would be on track to beat it.”

Ross wrestled in the 152-pound class last season, and knows the competition will be even tougher at 160, particularly at the regional and state level.

But Reeths-Puffer Coach Matt Brink thinks he will be up to the challenge, because he seems more determined as his prep career draws to a close.

“I think he’s more aggressive,” said Brink, who was a three-time state champion during his prep career at Fruitport. “He seems more determined. He’s wrestled his whole life and it probably comes with being a senior. He’s kind of pushing himself a bit more in his matches, and it’s worked out for him.”

Jensen, who wrestled at 112 last season, has also moved up a weight class. But that hasn’t stopped him from posting a terrific 40-4 record this season.

Jensen says he’s a better wrestler this year, largely because he has improved his ability to score points on the mat with escapes.

“I’ve worked on not being stuck too long,” said Jensen, who won city and conference championships in his weight class this season. “I got stuck (underneath opponents) at state last year and it was definitely an issue.”

“I’d say his natural ability and mat sense,” Brink said about what Jensen’s strengths on the mat. “Some of it is natural for him, and over time he’s just continued to get better from experience.”

Three other Reeths-Puffer wrestlers will also be trying to qualify for state finals this weekend – Mike Weissert (140), Hunter McCall (171) and Dawson Romanosky (189).

They would all like to have the same type of experience at the Palace that Ross and Jensen enjoyed last year.

“It was fun,” Ross said about wrestling at the Detroit Pistons’ home arena in front of a big crowd. “It was a different experience for me. It was eye-opening in some aspects, but I felt comfortable in some ways, too. But overall I’d say I was definitely nervous because it was just so different.”

“It was life changing,” Jensen said. “It made me realize how big the sport really is. People take it seriously at that level, and my respect for the sport really grew. I’m proud to say I’m a wrestler.”

Wrestlers from throughout the area will compete in Division 1, 2, 3 and 4 individual regional tournaments on Saturday. The top four in each weight class will qualify for the individual state finals. The following are regional locations and the schools that will wrestle in each tournament.