That was evident on Tuesday, when the Sailors allowed Jenison standout Jacob Boonyasith to score 41 points and

dropped an 84-56 decision to the Wildcats in O-K Black Conference action. 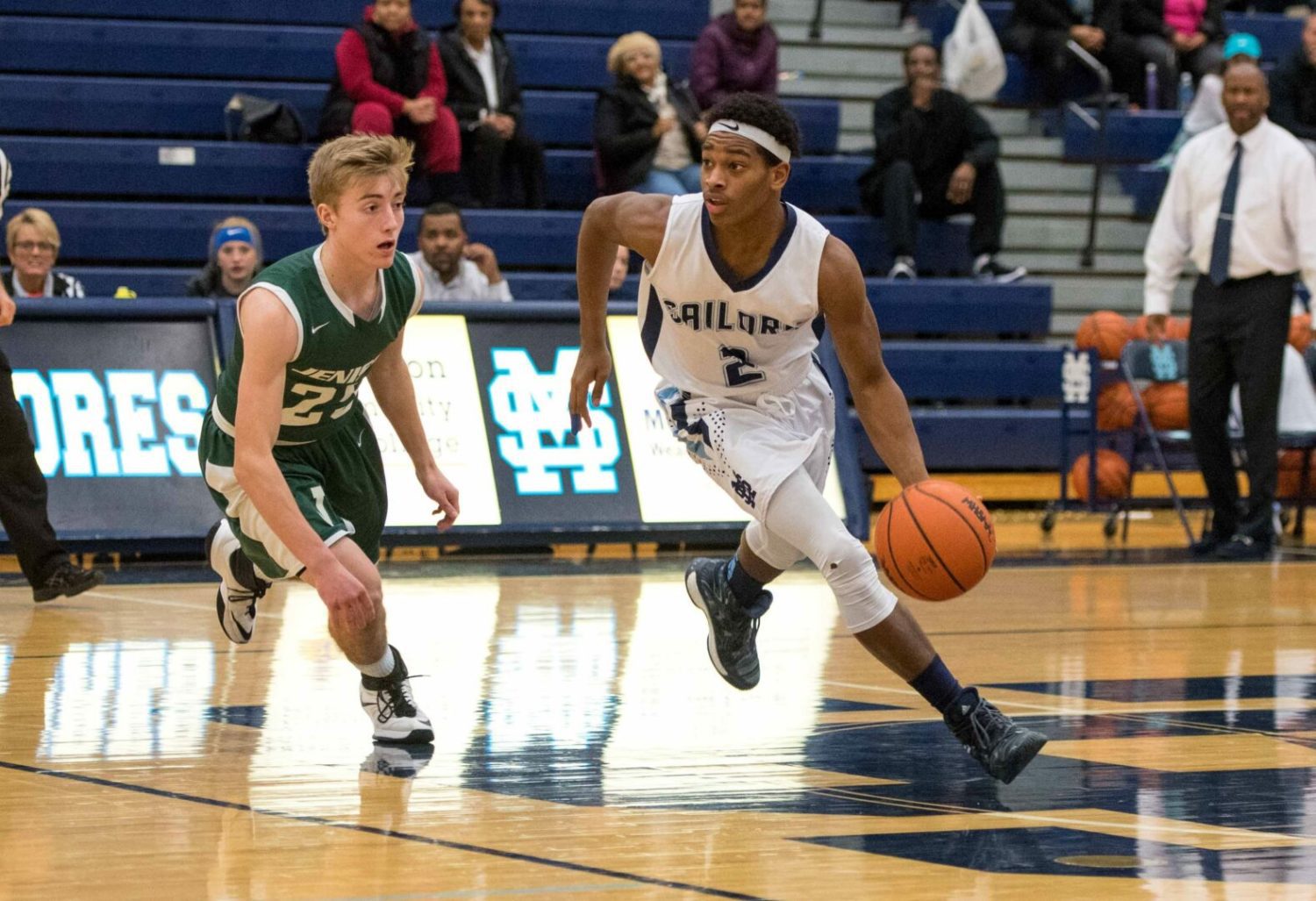 But there are reasons for optimism for the Sailors, who have two sophomores and a freshman in their rotation.

And they have good young players on the way up. One is freshman guard Jarvis Walker, who pumped in 24 points against Jenison on Tuesday, and has scored in double figures in every game this season.

Sophomore James Gilbert came off the bench and added 12 points for the Sailors.

“He’s one of the top freshman that’s ever going to come through Mona Shores,” Mona Shores coach Doug Burse said about Walker. “He’s the future of Mona Shores, I really believe that.”

Burse didn’t see many other positive signs out of Tuesday’s game, but said he’s noticed bright spots throughout the season.

“We played a good game last week against Muskegon for two quarters,” the coach said. “I think my guys can play, but we need to put it together. 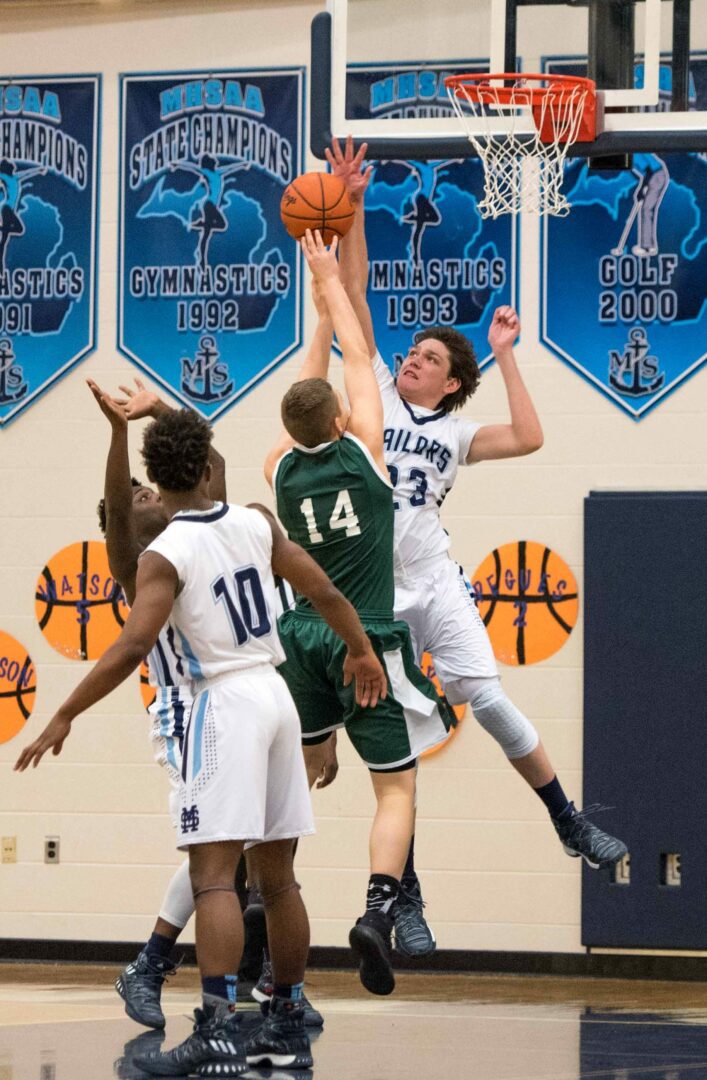 “I’m playing two sophomores and a freshman. If these guys spend more time in the gym, we’ll get a lot better. Right now I’m trying to focus on spending time in the gym.”

The Sailors were competitive in the first half against Jenison.

The Wildcats used another 12-0 run coming out of halftime to bury any hope the Sailors might have had.

“Nothing went right,” Burse said. “When you have somebody come in your house and get 40 points on you, that’s (a low point) for me and my team.

“We go back to work tomorrow, focus on what we didn’t do, and just get after it.”

The Sailors will look ahead to Friday, when they host Fruitport, a team they beat 70-30 earlier this season. 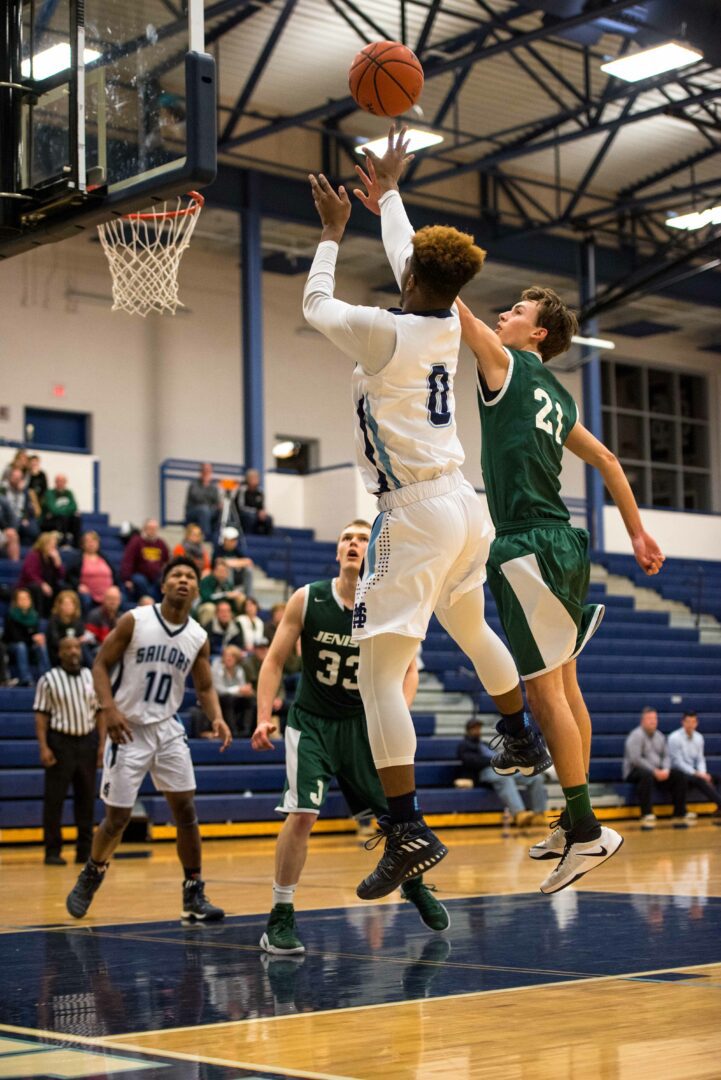 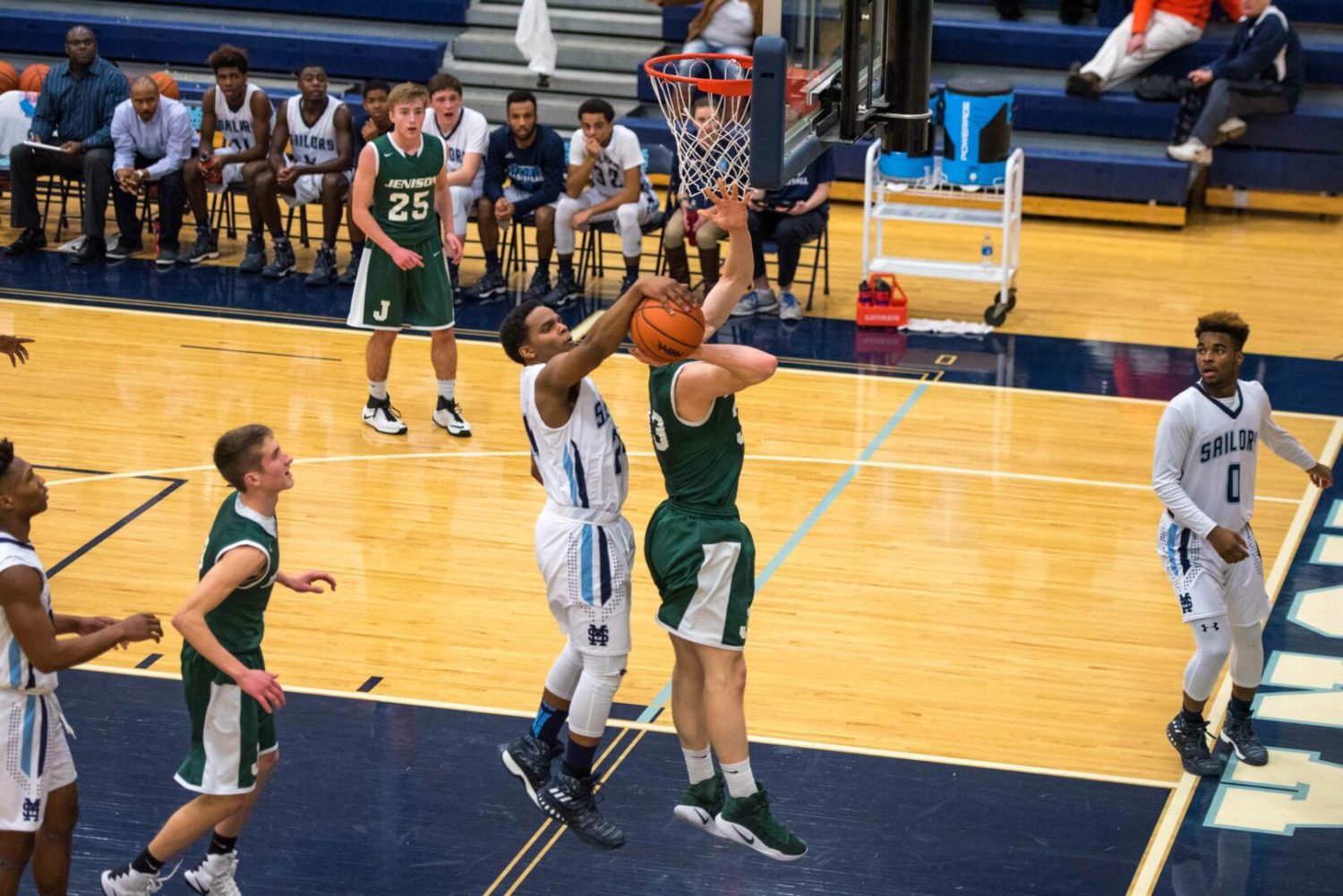 Jaylen Johnson blocks the shot of Colton Ritsema in the paint. Photo/Eric Sturr 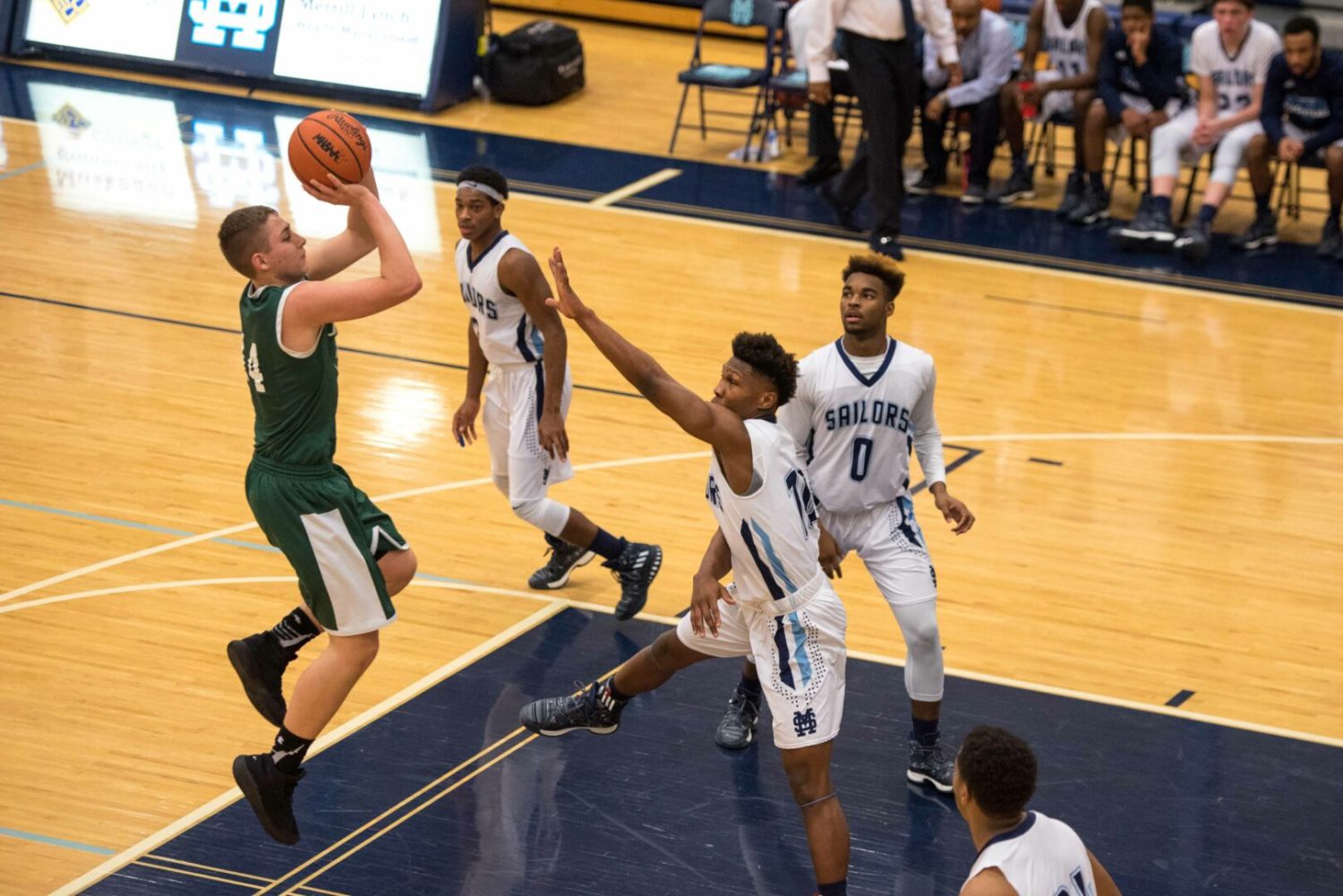 Mona Shores could do little to stop Jenison’s Jacob Boonyasith (14), who scored from all over. Photo/Eric Sturr 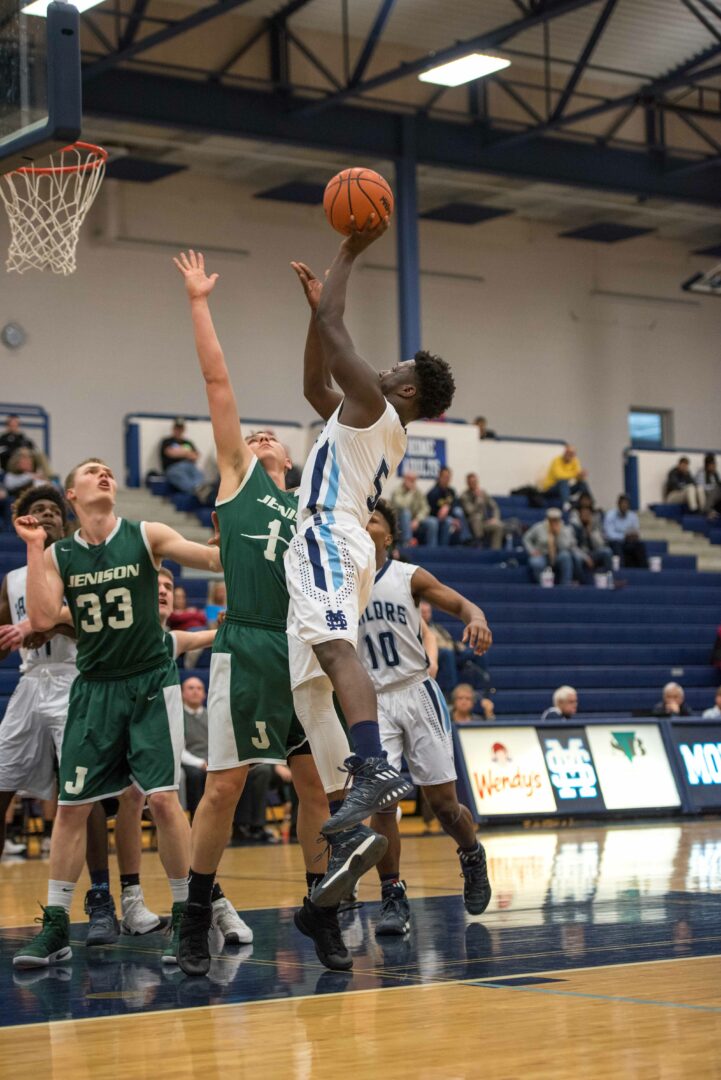 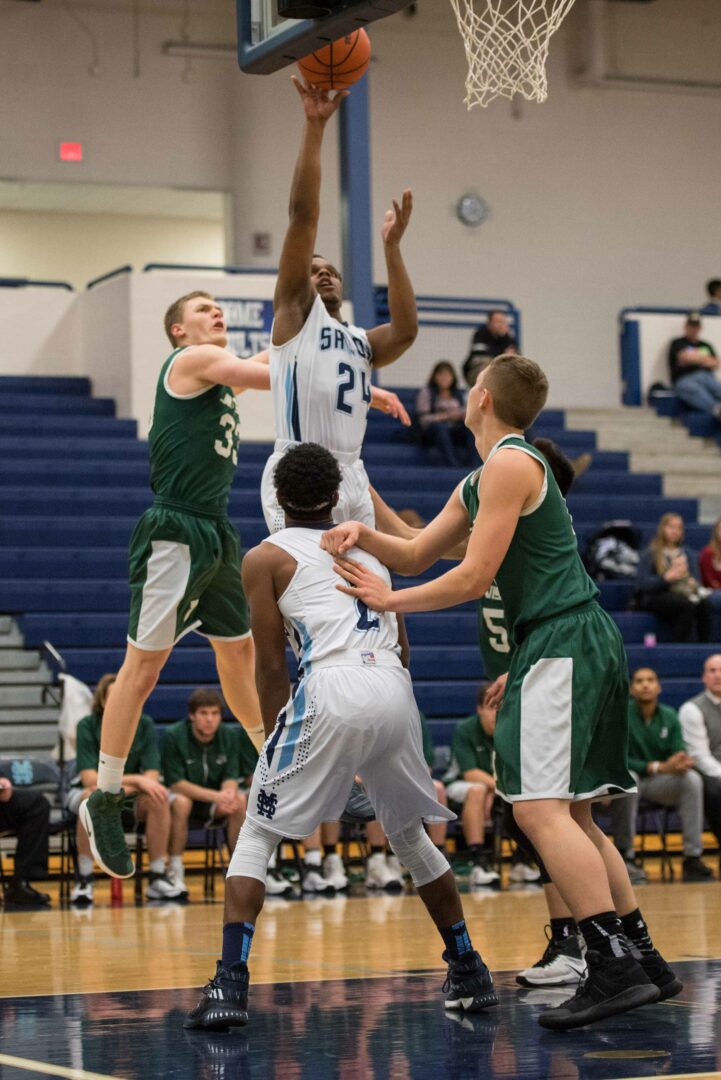 Mona Shores’ Jaylen Johnson lays one in off a baseline drive. Photo/Eric Sturr