Lake Hawks’ Lou Williams loves playing in his hometown, but still dreams of moving up

MUSXKEGON – It’s a dream for most athletes to star for their hometown teams.

Lou Williams, a former Muskegon Heights and Ferris State University basketball standout, has had that opportunity

for the past two seasons, since he resumed his playing career with the West Michigan Lake Hawks. 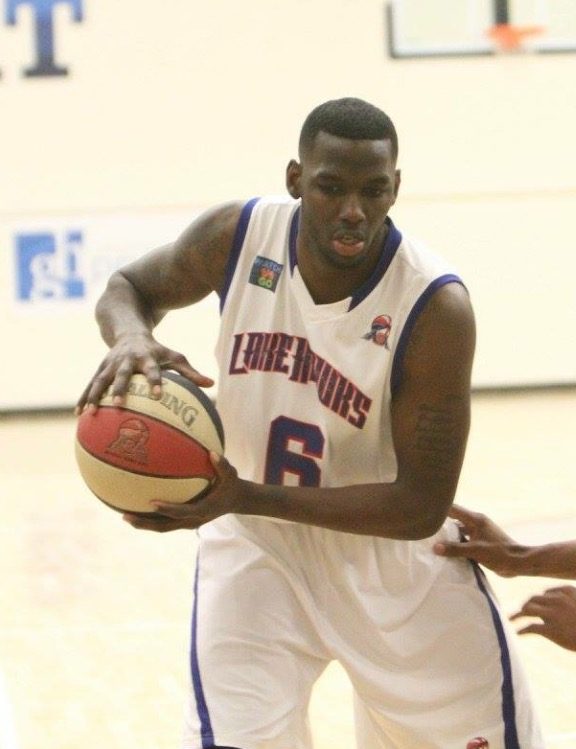 Lou Williams drives toward the basket for the Lake Hawks. Photo/Joe Lane

But his hometown experience could come to a close when the Lakes Hawks’ current season wraps up, sometime in the next month or so.

That’s because Williams, at the age of 29, still has a lot to offer on the court, and would like to play professionally overseas, or in an advanced league in the U.S.

“I’d definitely go overseas to play,” said Williams, who added that friends from the Grand Rapids Drive of the NBA Development League have encouraged him to try out for that team next winter. “It’s what I’m working hard for. I want to get that look and a chance to play at the next level.”

That would be fine with the Lake Hawks. While the local semi-pro team loves having Williams on the roster, one of its goals is to help talented players gain the experience they need to move up in the basketball world.

If Williams is the next one to follow that path, the team’s mission has been accomplished.

“We’ve had 19 players who started with us who’ve found themselves overseas playing,” said Lake Hawks co-owner and coach Ron Jenkins. “He (Williams) sees the writing on the wall. He can see that he has the tools to make that move.”

Before Williams thinks about moving on, however, the Lakes Hawks have business to attend to.

Since starting the season 1-3, they have raced to a 13-5 record in the American Basketball Association, and are ranked 18th nationally in the large semipro league. The Lakes Hawks have won five straight games since their last loss on Jan. 28.

They will play their last two home games of the regular season this weekend, against the Chicago Fury on Saturday and the Chicago Knights on Sunday. Both games will be at Reeths-Puffer High School at 6 p.m. 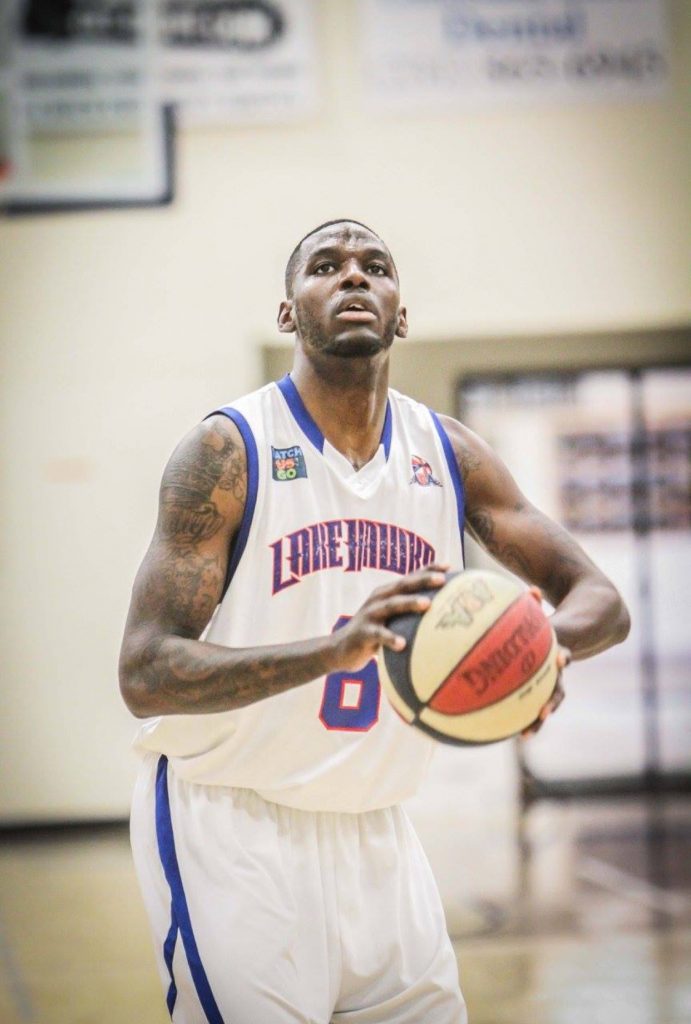 Williams, a 6-8, 220-pound center, has played a key role in the Lake Hawks’ turnaround this year, averaging 19.1 points and 10 rebounds per game.

That’s not surprising, because he’s been successful on the court, everywhere he’s played.

He was a standout at Muskegon Heights High School, then played at Ferris State University from 2007-2010 and set team records for blocks in a single game, season and career.

Despite those accomplishments, he put basketball aside when his eligibility expired, He’s been focusing on earning his master’s degree in business administration while working as an inventory specialist for Izzy Plus furniture company and as a program specialist for True North Community Services.

He would like to eventually break into the clothing business.

“I want to start a clothing label for athletes, because nice jeans and shirts are hard to find for us bigger guys,” Williams said.

But basketball has always been in the back of his mind, and he jumped at the chance when he was invited to play for the Lake Hawks in 2015.

Williams is excited about the team’s improvement this year, and its chances of making a long run in the national postseason ABA tournament.

“I feel like we have what it takes to make a deep run,” he said about the team. “I think a lot of it at the beginning was we had to figure out a way we could play together. Once we figured it out, we’ve turned it around and we’re understanding our roles, which has really helped.”

Williams said it has been a thrill to play in front of local fans for the first time since high school.

“It means a lot to play at home,” he said. “I know a lot of my fans from high school didn’t get to see me play at college.

“It gives them a chance to see my development. To see their excitement when I dunk or make a good play is amazing. They’ll chant my name like I’m back in high school.”

Several other Muskegon-area players have continued their development with the Lake Hawks.

Williams provides leadership and inspiration for that group, according to Jenkins.

“He gives people hope. Any student, whatever school they go to in Muskegon, can look at him and believe they have a chance to live out their dreams.”

Montague pulls away to win the Battle for the Bell 29-8, clinches state playoff spot