The Fruitport Calvary Christian girl’s basketball team won its fourth straight Class D district championship, and fifth in the last six years, with a 36-30 victory over Muskegon Catholic on Friday.

Muskegon Catholic took an 11-9 lead at the end of the first quarter on a Talia Tyler buzzer-beating 3-pointer, and headed into halftime with a 20-19 lead. 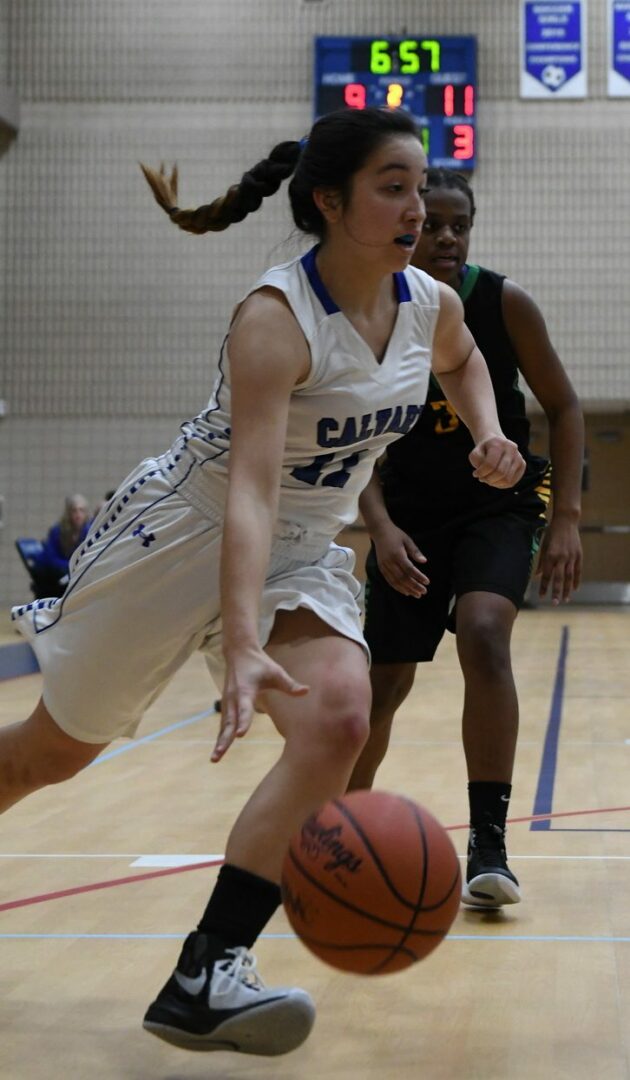 Fruitport Calvary had a 7-6 edge in a slow third quarter and the game was tied 26-26 at the buzzer.

Muskegon Catholic took a 28-26 lead midway through the fourth, but Calvary answered with back-to-back 3-pointers by Lexy Wilson and Jordyn Hamilton and never relinquished the lead.

Wilson and Kelsey Richards each made a pair of free throws down the stretch to seal the win and the championship for the Eagles.

“We said a quick prayer together at the bench right after the buzzer, thanking God for allowing us to move on in spite of how we played,” said Fruitport Calvary Coach Brad Richards. “It’s unusual for us to miss layups, free throws, and have uncontested turnovers like we did and find a way to pull out a win.”

Wilson paced the Eagles with 15 points and 12 rebounds. Hannah Ladd led the Crusaders with 10 points.

Fruitport Calvary, now 21-1 on the season, advances to the Class D regional semifinals on Tuesday in Marion. 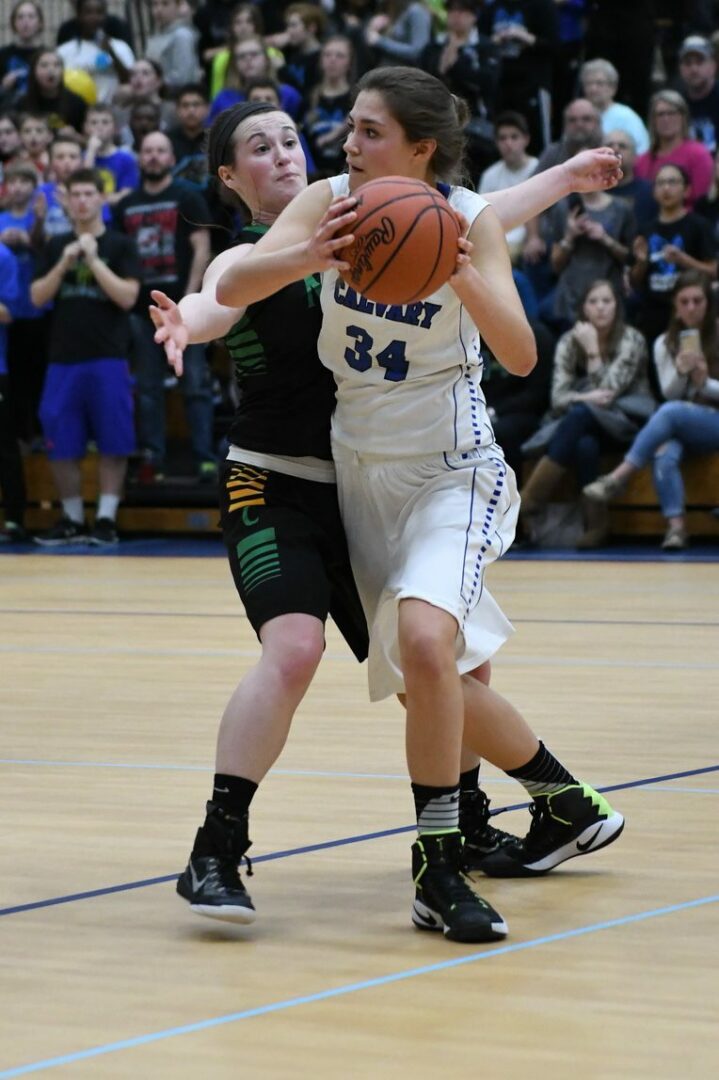 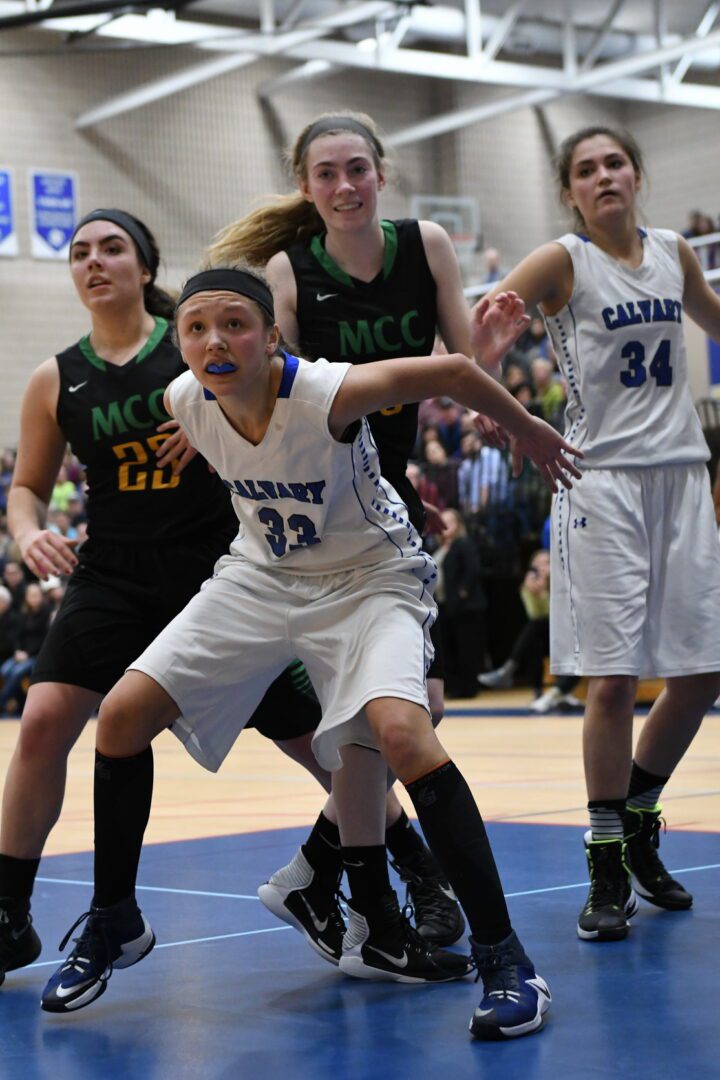 Kelsey Richards tries to defend on the out of bounds play against MCC’s No. 20 Leah McKenna and Lauren Doriot. Photo/Michael Banka 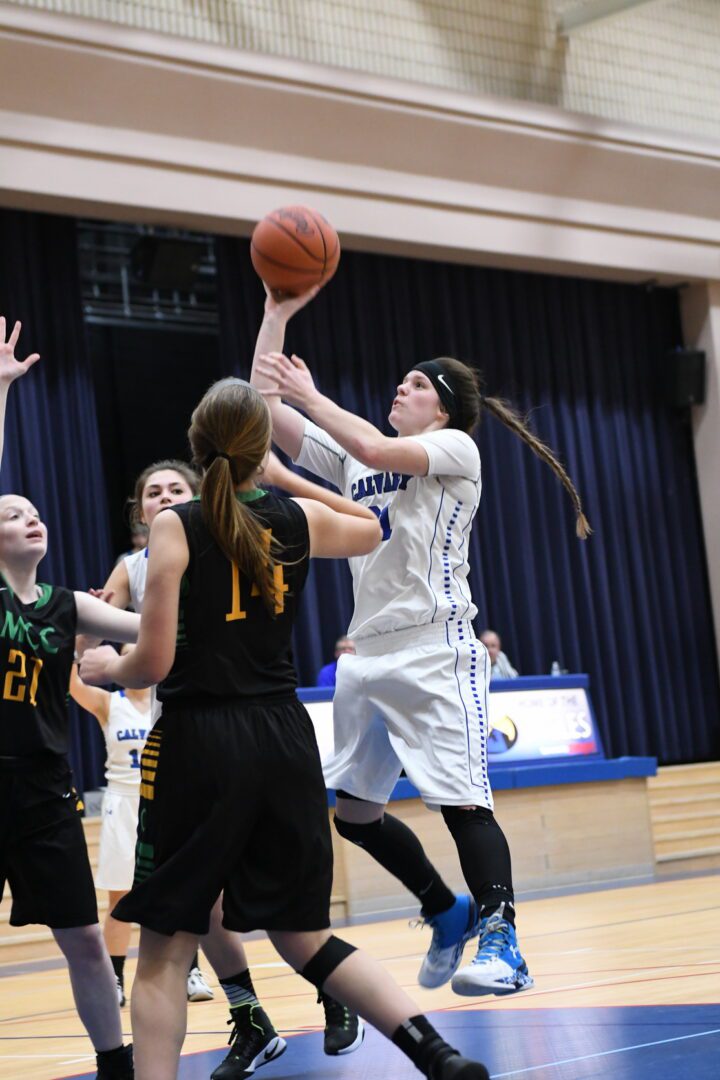 Lexi Wilson goes for the shot in the lane for Calvary Christian. Photo/Michael Banka 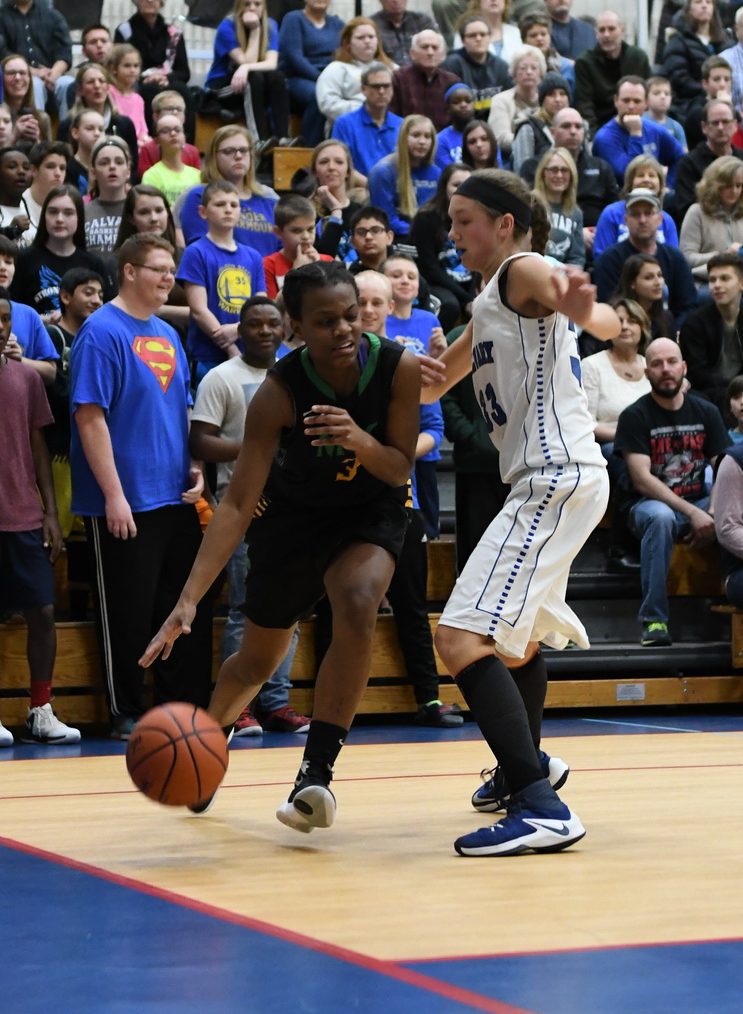 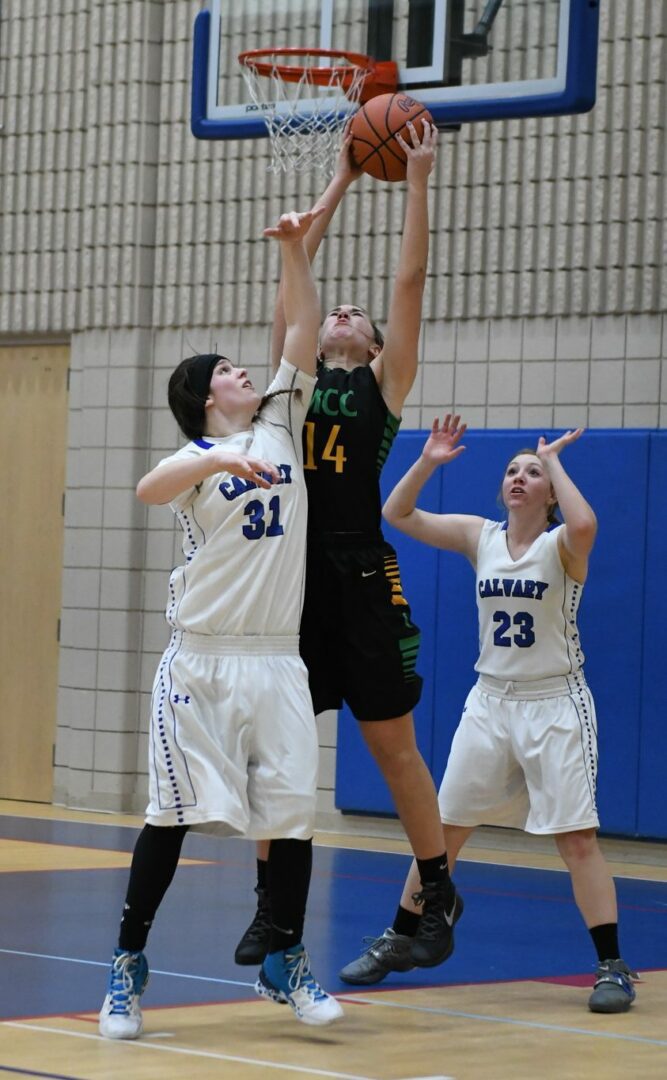 Lexy Wilson goes for the rebound against MCC’s No. 14 Zoie Price. Photo/Michael Banka 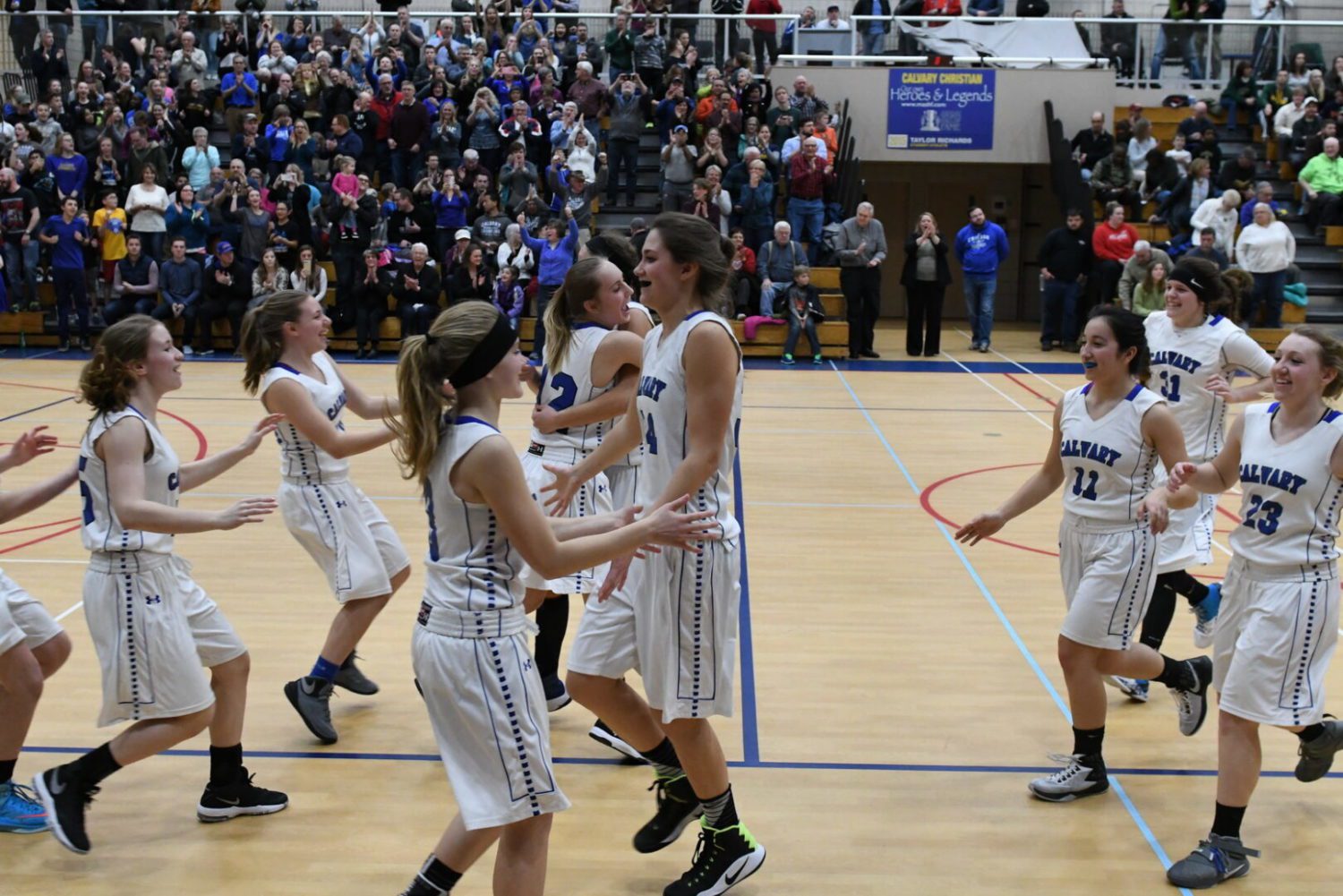 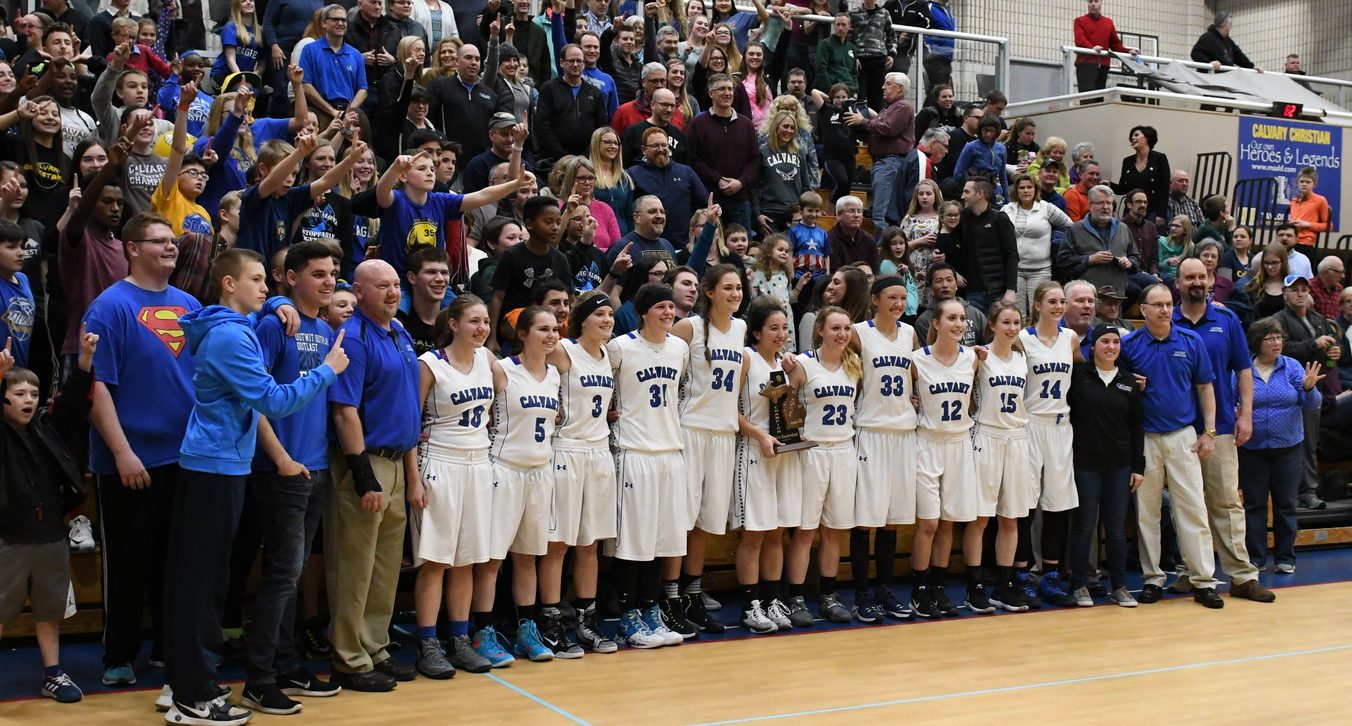 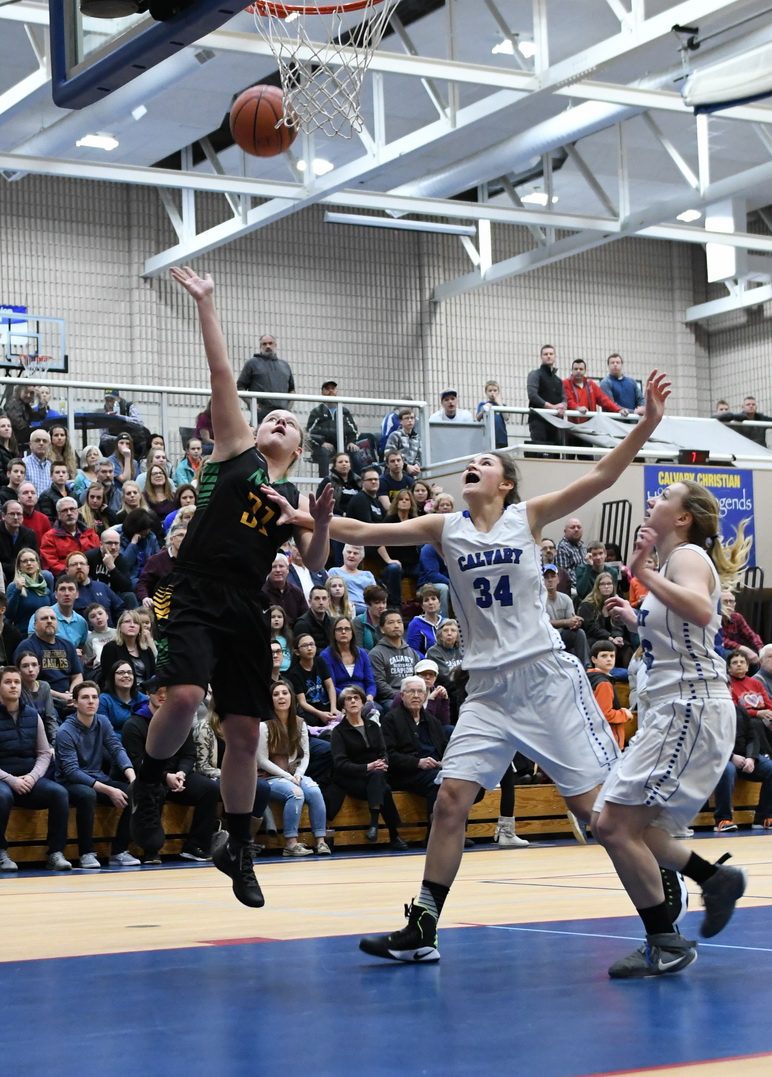 Hannah Ladd goes in for the layup for Calvary Christian. Photo/Michael Banka 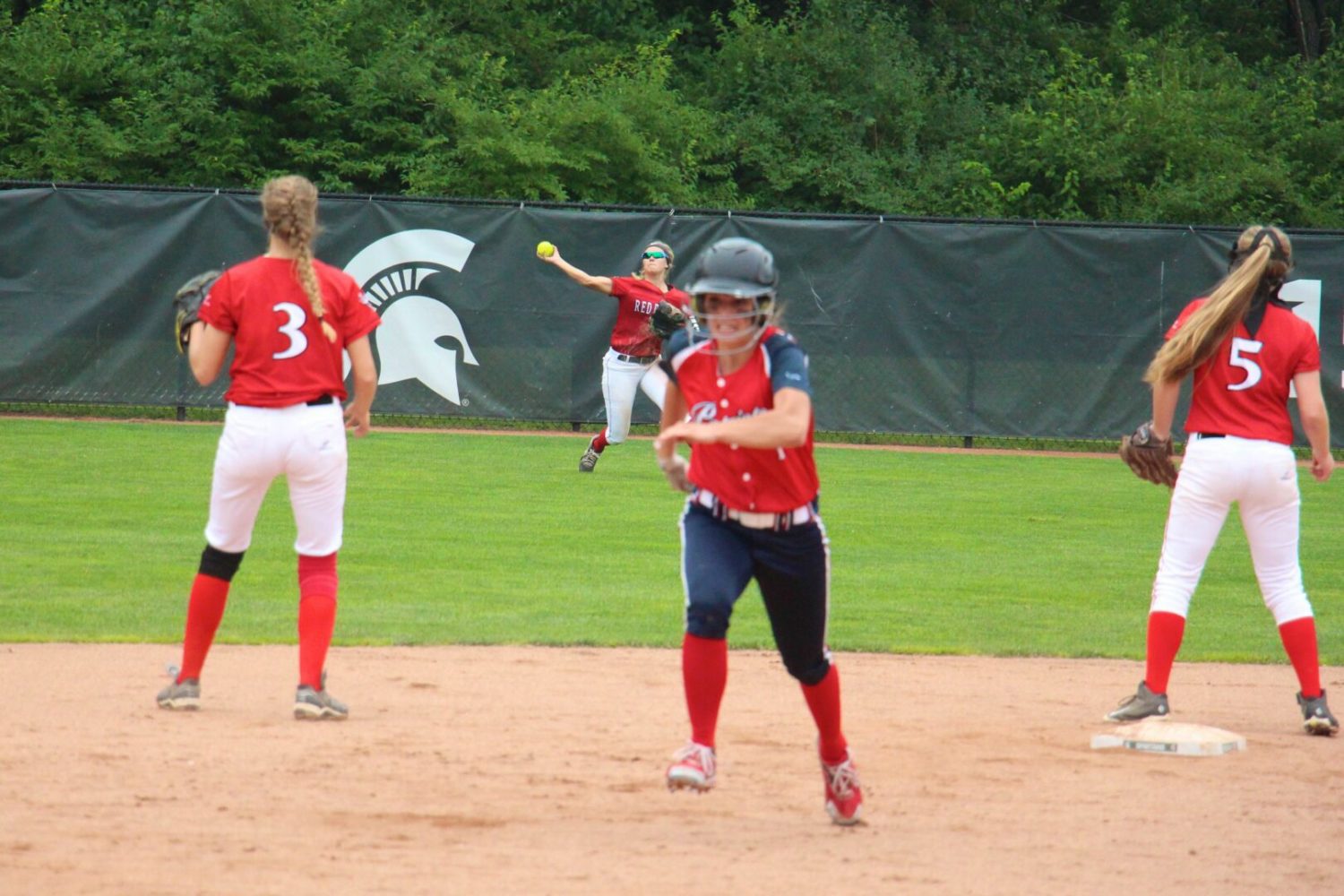