Now the Bucs will have to deal with a really good Muskegon team. 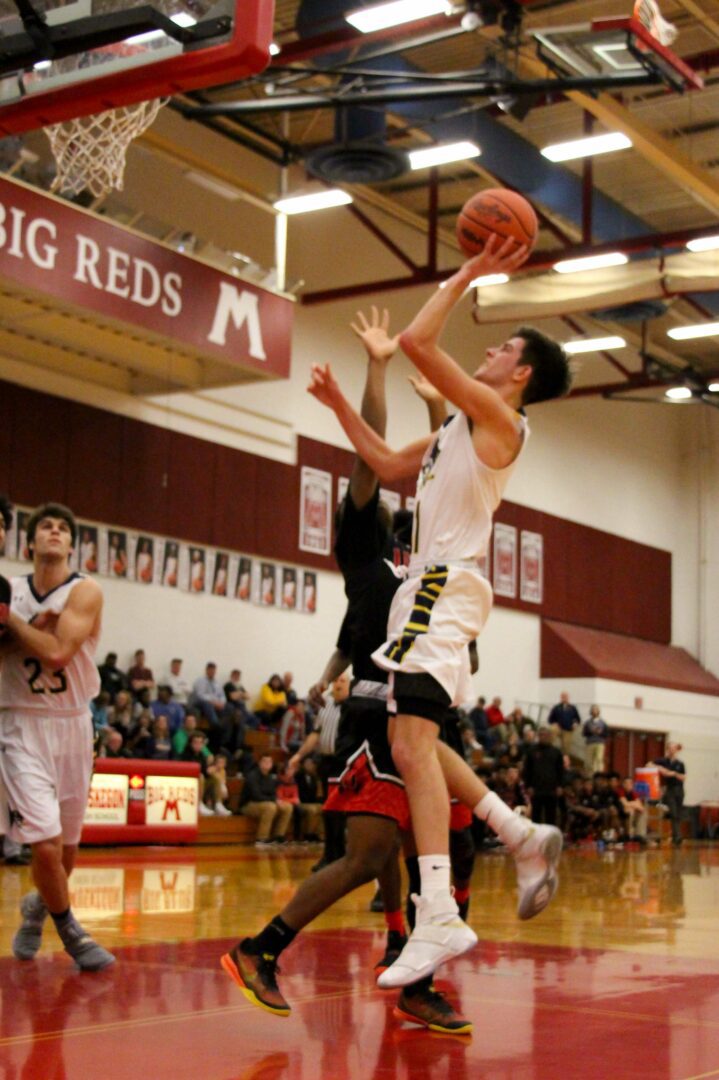 Zach Holman finishes off a spin move with a left handed ayup in the fourth quarter for Grand Haven. Photo/Jason Goorman

The Bucs, now 18-4 on the season, will play the undefeated Muskegon Reds on Friday at 7 p.m. for the district championship, in a rematch of last season’s exciting title game.

Muskegon won that contest, 52-48. The Big Reds advanced to Friday’s final by whipping Kenowa Hills by 48 points in Wednesday’s other semifinal game.

“They have so many weapons,” said Grand Haven Coach Greg Immick, when asked about a rematch with the Big Reds. “Offensively and defensively they are as good as anybody.

Before the Bucs could turn their attention to the Big Reds, they had to get past Union, and that was no picnic.

They jumped out to an 11-4 lead after a 3-pointer by Clay Landsman with 3:32 left in the first quarter. But Union answered with a 9-2 run, featuring triples by Quantez Jackson, Marquel Ross and Micheal Anderson, and tied the game 13-13 at the buzzer.

Anderson hit another 3-pointer early in the second to put Union up, 16-13.

The score was tied 22-22 with a minute left in the first half when the Bucs reeled off six straight points, capped by a triple from Corey Constant with less that a second remaining, and led 28-22 at the break. 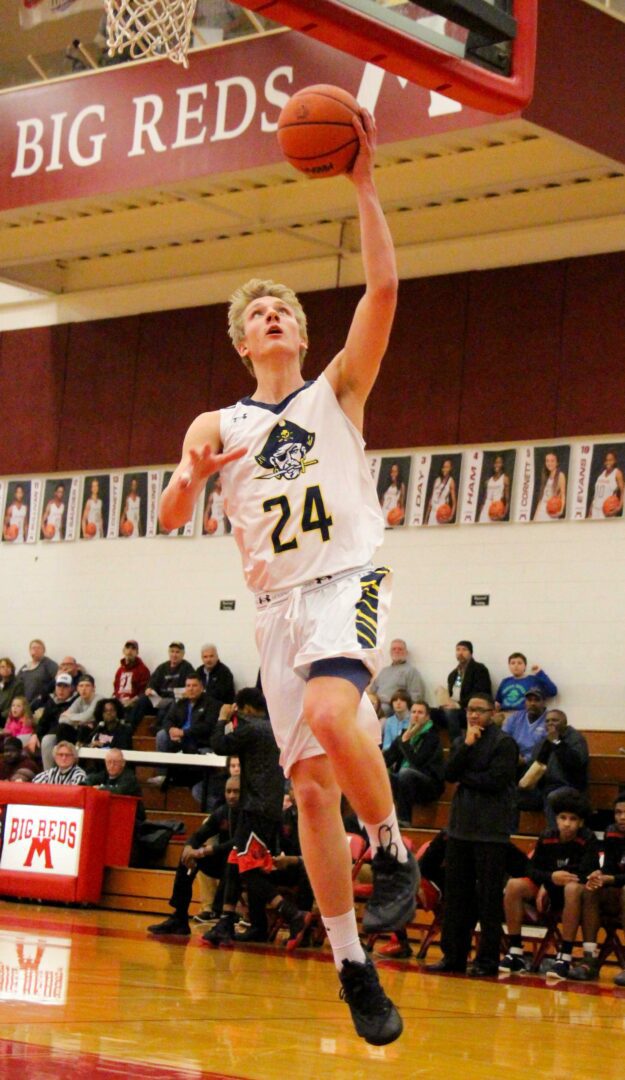 Grand Haven forward Drew VanAndel goes in for the layup after making the steal. Photo/Jason Goorman

Grand Haven grabbed an eight-point lead, 38-32, early in the third quarter. Union regrouped after a time out, outscored the Bucs 14-12 in the quarter, and cut their deficit to 40-36 heading into the fourth.

But the Red Hawks went cold when it mattered the most, going without a point for the first 5:31 of the fourth quarter. They missed all six of their shots from the floor during that stretch, as well as two free throws.

Union turned on its pressure defense down the stretch, forced a few turnovers, and pulled within five points with a minute left and four points with 19 seconds remaining.

But Drew VanAndel and Holman both hit a pair of free throws in the final seconds to preserve the Grand Haven victory.

“Union is a good team,” Immick said. “They won 14 games, which is a good season for anybody. I was very happy in the first half with the way we handled their pressure. As the game wore down, like any good team they made a run, but we made just enough plays to win the game.

Holman, VanAndel and Landsman each finished with 12 points while Koella had nine and Constant added seven. 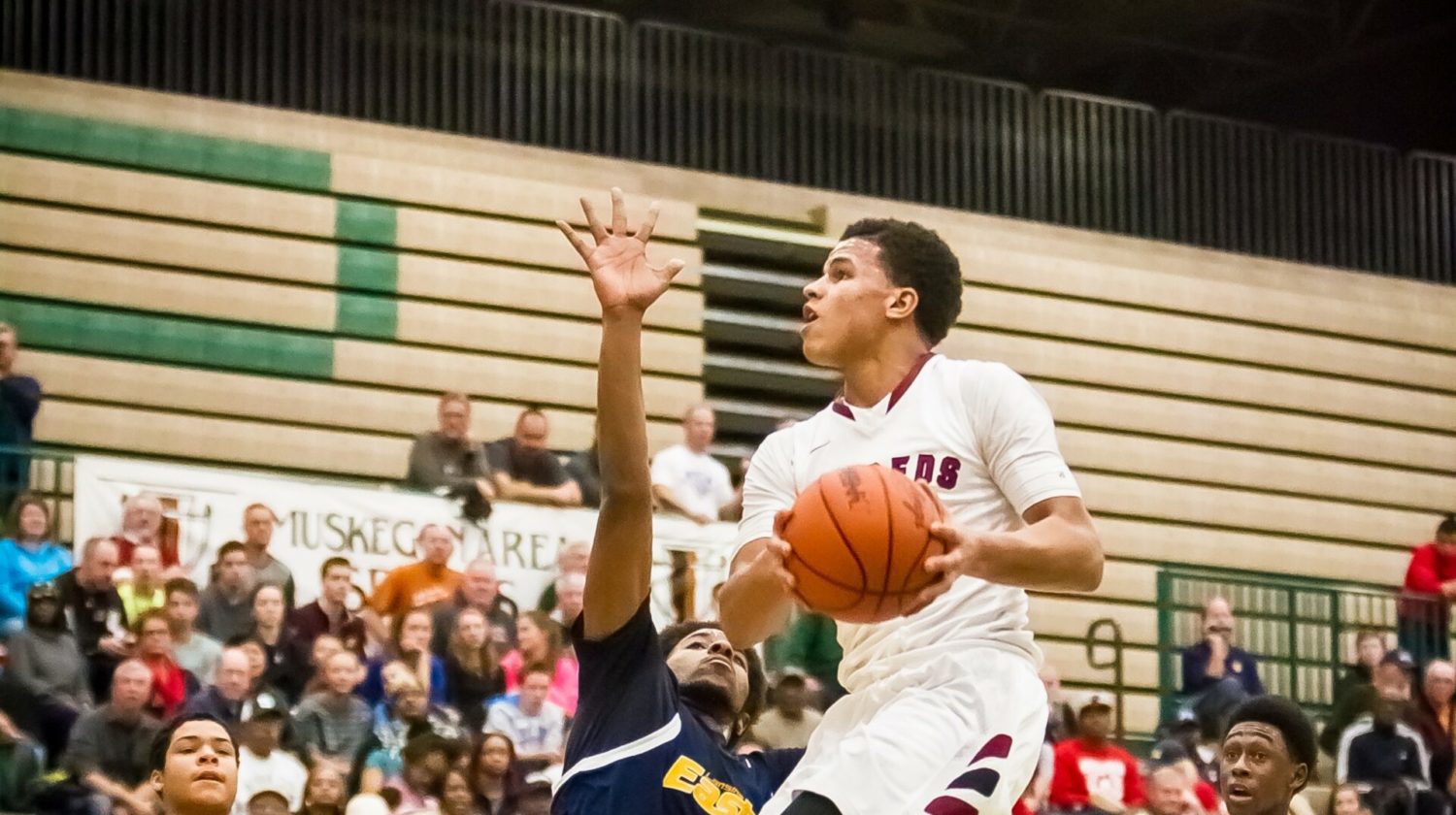