By Andrew Johnson and Jason Goorman

You can likely count Gerrit Yates as someone who believes in the old saying “third time is the charm” after finally winning a state championship on Saturday evening.

Yates, a junior at Hesperia, pinned Zack Menck of Lawton 22 seconds into the second round of the 152-pound weight class championship to pick up his first win in three state final attempts. 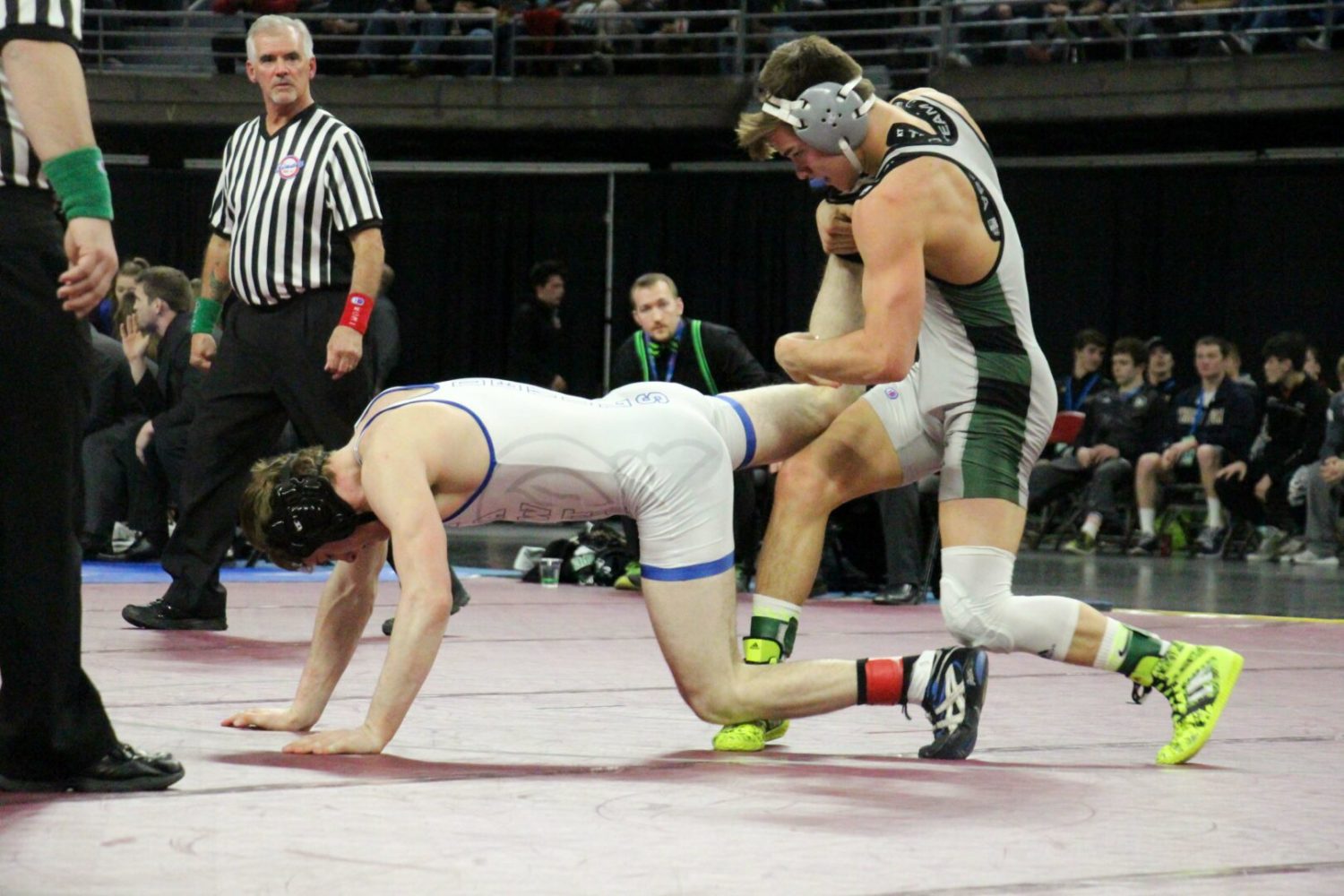 In both 2014 and 2015, Yates was pinned by his opponents in the state finals and took home second place. His sophomore loss may have been the most painful when Yates held a 7-2 scoring advantage before being pinned in the final second of the second round.

“It feels real good,” said Yates who finishes with a 37-1 record on the year. “After being up both my freshmen and sophomore years but losing, it means a lot.”

Yates, who broke his leg during the football season, but still managed to wrestle and play basketball this winter, said the support of all his coaches really helped him.

One person who supported Yates was his wrestling coach, Doug Baird, who was happy for his championship break through.

“I’m very proud of Gerrit,” said Baird. “He got the monkey off his back. I couldn’t be happier with how things turned out for him today. 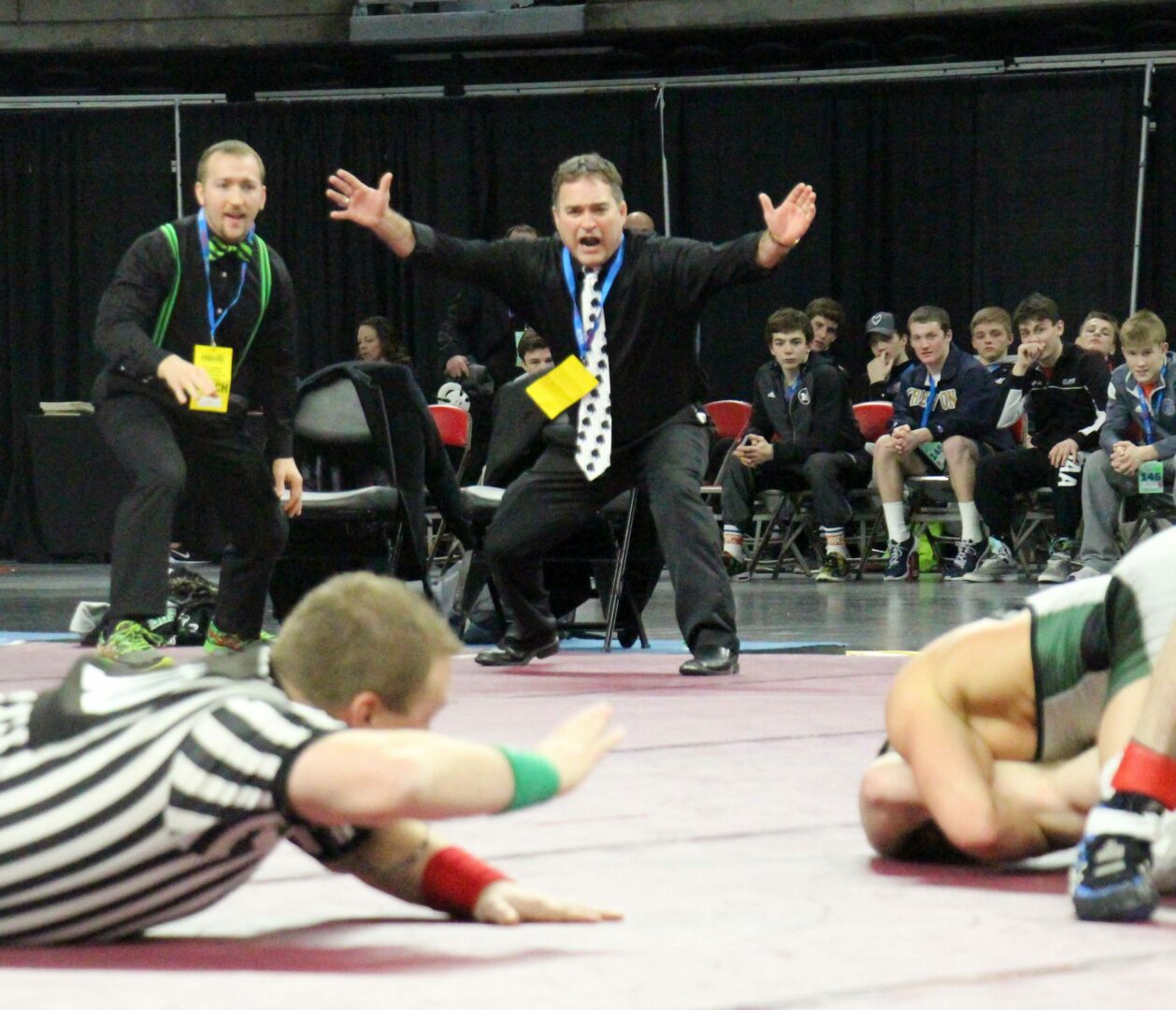 I think Gerrit had enormous pressure with coming up short the last few years and it meant a lot to him to win this year.”

Another local wrestler who picked up a state title on Saturday was Jacob Shoop of Mason County Central.

Shoop, a senior, won the Division 3 152-pound weight class title via a 17-1 technical fall. Shoop qualified all four years for state, and prior to Saturday, his best finish was third place as a junior.

“It feels incredible,” said Shoop who finishes the year with a 56-1 record. “To do everything I’ve done in the past and all the extra work I’ve put in, it feels great to have it pay off.”

One of the proudest people of Jacob was his father, John Shoop, who is also an assistant coach for the Mason County Central wrestling team.

“Words can’t describe it,” said John about his son’s state championship. “It’s been a journey his whole life. He’s been wrestling since he was four, so it’s truly been a life long journey for him and I can’t describe how happy I am for him.” 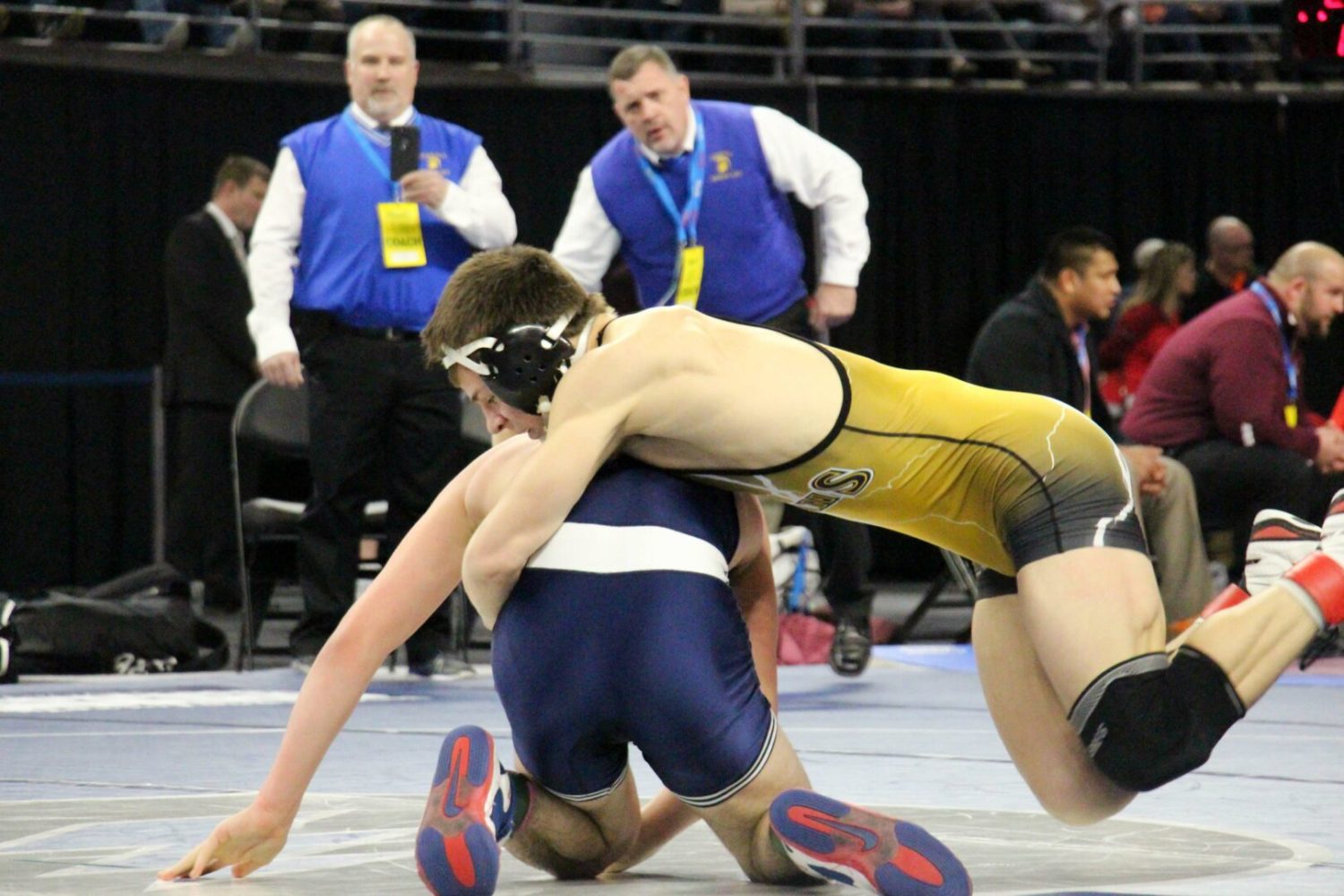 Jacob Shoop swings around his opponent while his father John Shoop (left) encourages from the sideline with Coach Jim Allen. Photo/Jason Goorman

Two other local wrestlers qualified for the finals but lost on Saturday.

Senior Drake Morley of Grand Haven qualified for the first time and wrestled in the 215 class in the Division 1 finals but fell to Ben Cushman of Flushing via a 11-6 decision.

Sophomore Nick Felt of Shelby wrestled in the Division 4 130-pound weight class finals, but fell to Robert Rogers of Burton-Bentley via a 9-4 decision. Felt finished his season with a 49-2 overall record.

“Coming in I wanted to do my best,” said Morley about his finals loss and finishing his senior year with a 29-5 record. “I got to the finals and that was more than I expected. I exceeded my goals and expectations, so I’m happy.

The following is a list of other local area all-state wrestlers. 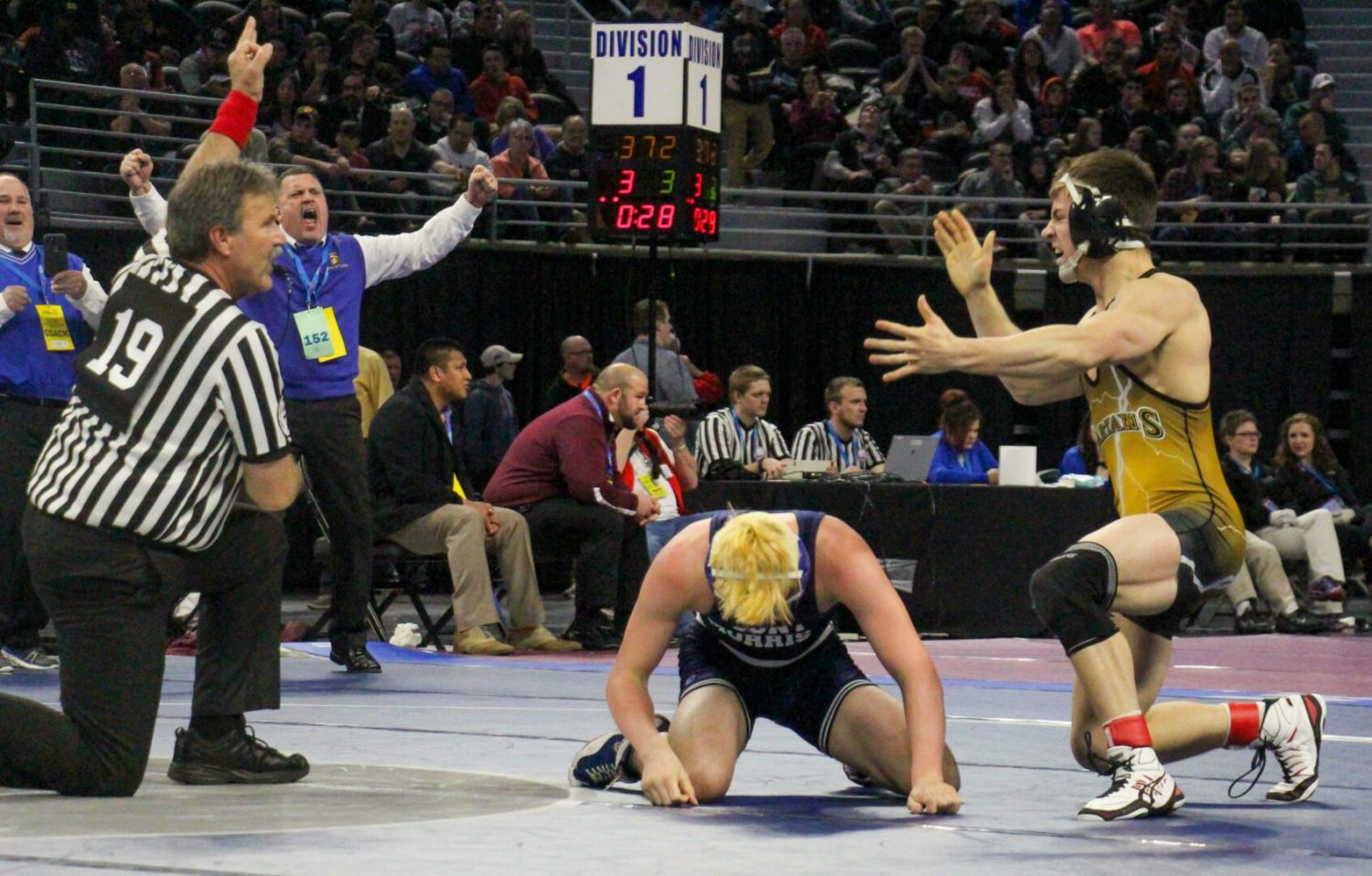 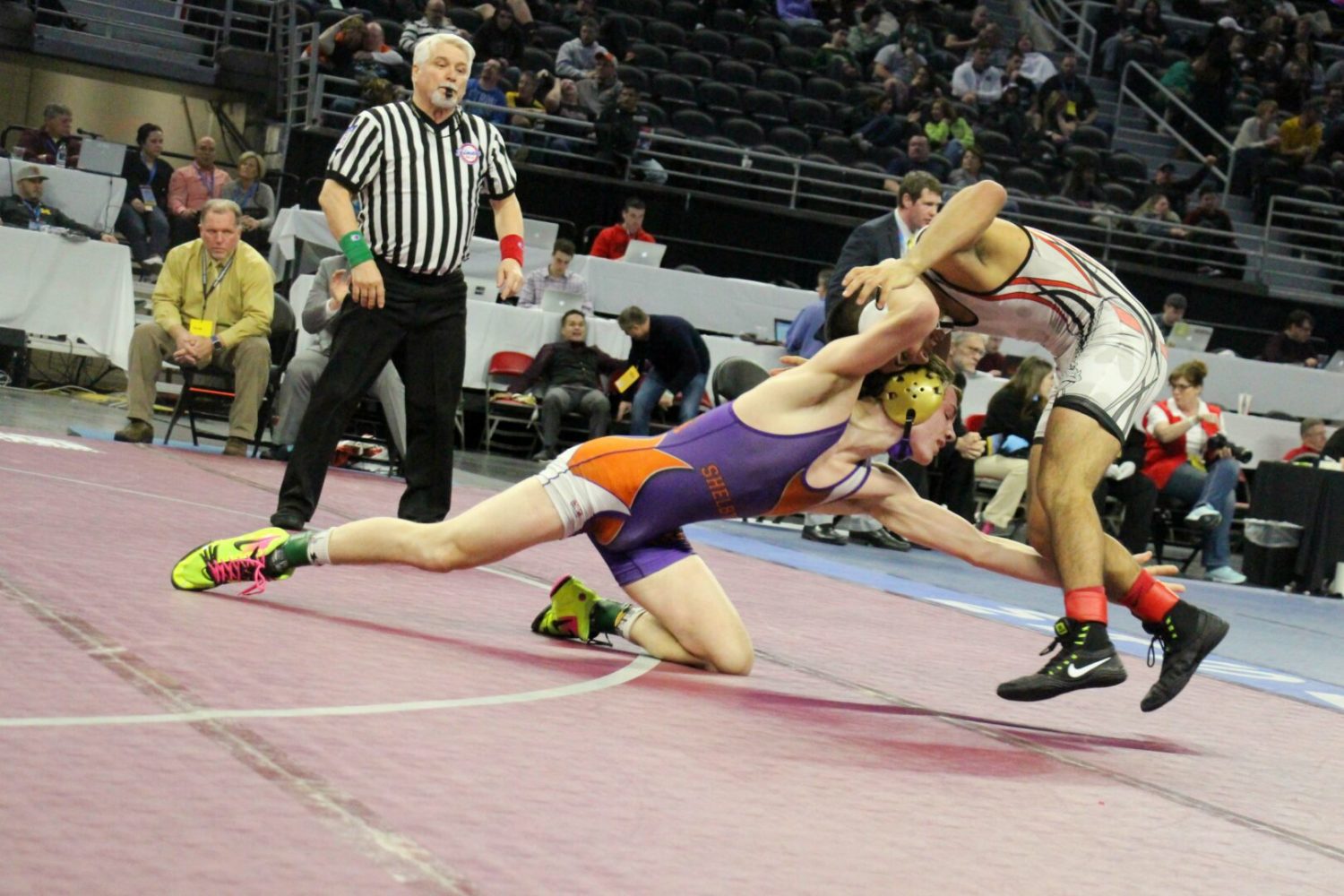 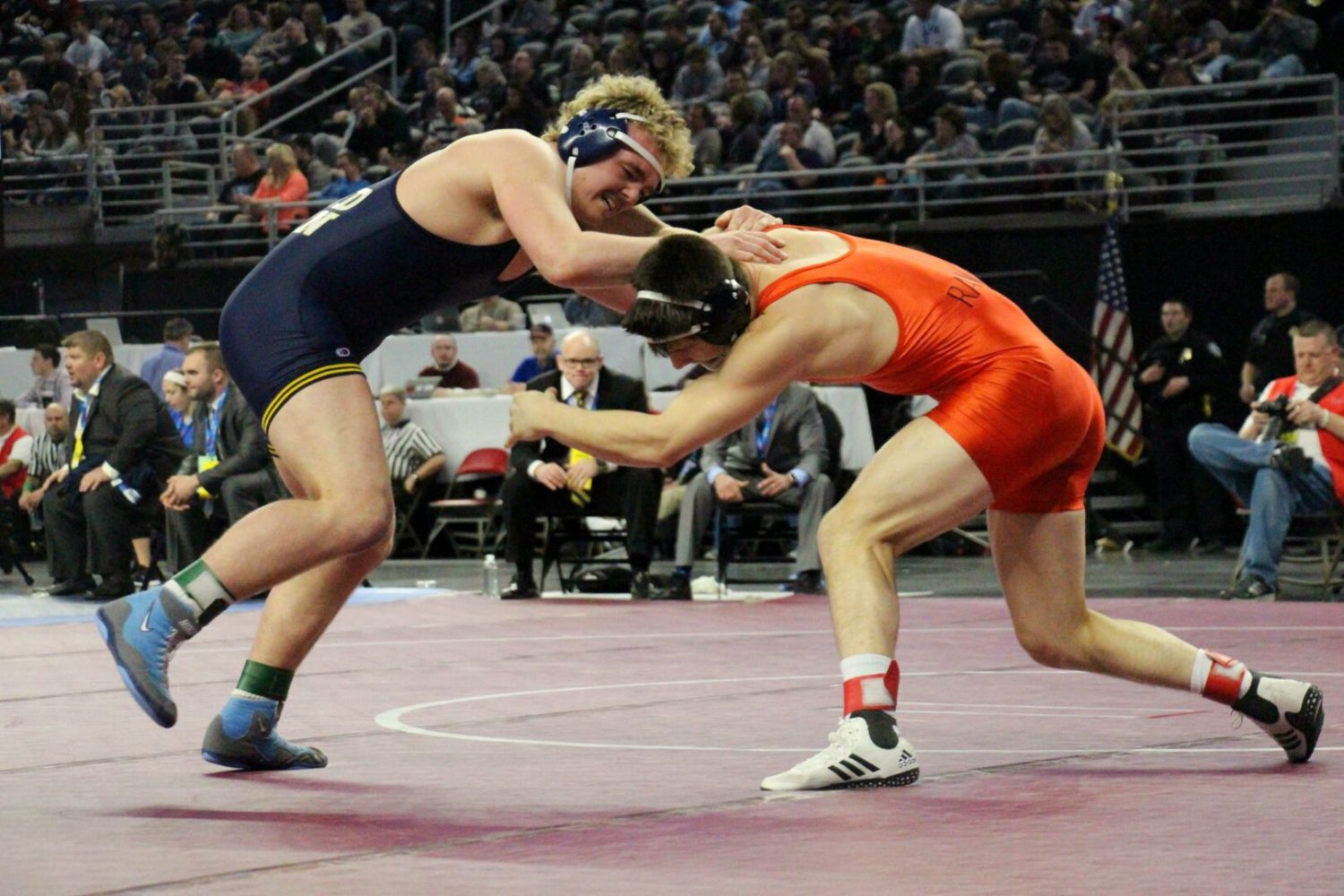 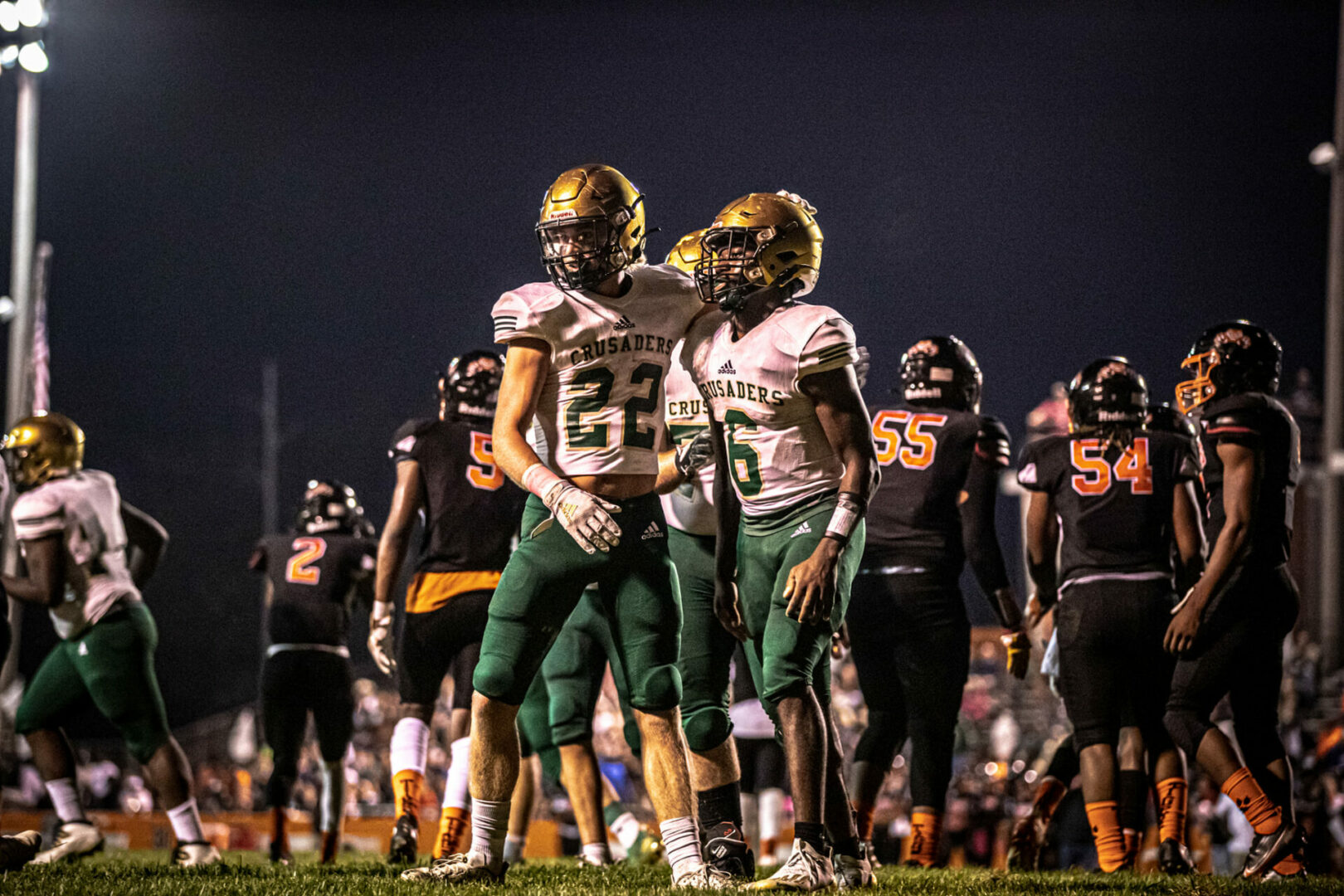 Montague scores 14 runs in the sixth inning, cruises past Holton in baseball