Ironmen fall to Kansas City Phantoms 50-47, fall to 0-3 in their new league

MUSKEGON – For the second straight week, the West Michigan Ironmen flirted with victory.

And for the second straight week, errors at key moments kept them out of the win column. 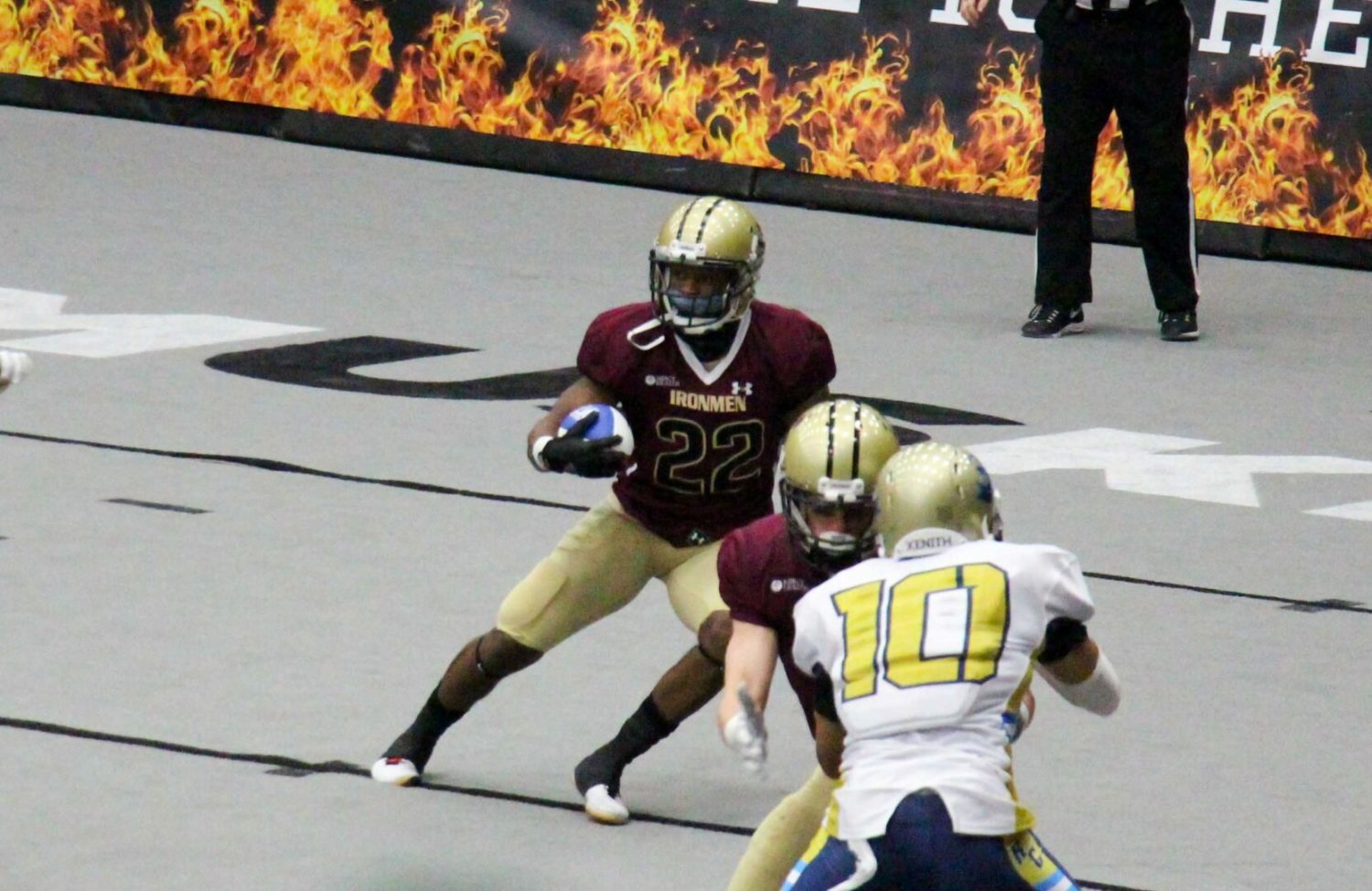 Eric Thompson fields the kickoff before returning it for the Ironmen touchdown. Photo/Jason Goorman

The Ironmen rallied from a slight halftime deficit and led after three quarters, but a bad fourth quarter left them with a 50-47 loss to the Kansas City Phantoms at L.C. Walker Arena.

West Michigan fell to 0-3 in its first season in the Champions Indoor Football league.

The news wasn’t all bad for the Ironmen.

Running back Kory Ringer was outstanding, rushing 21 times for 81 yards and four touchdowns.

Donovan Campbell caught seven passes for 66 yards and one touchdown while Justin Mott had four catches for 39 yards and one score.

But in the end it wasn’t enough, and the Ironmen remained winless. 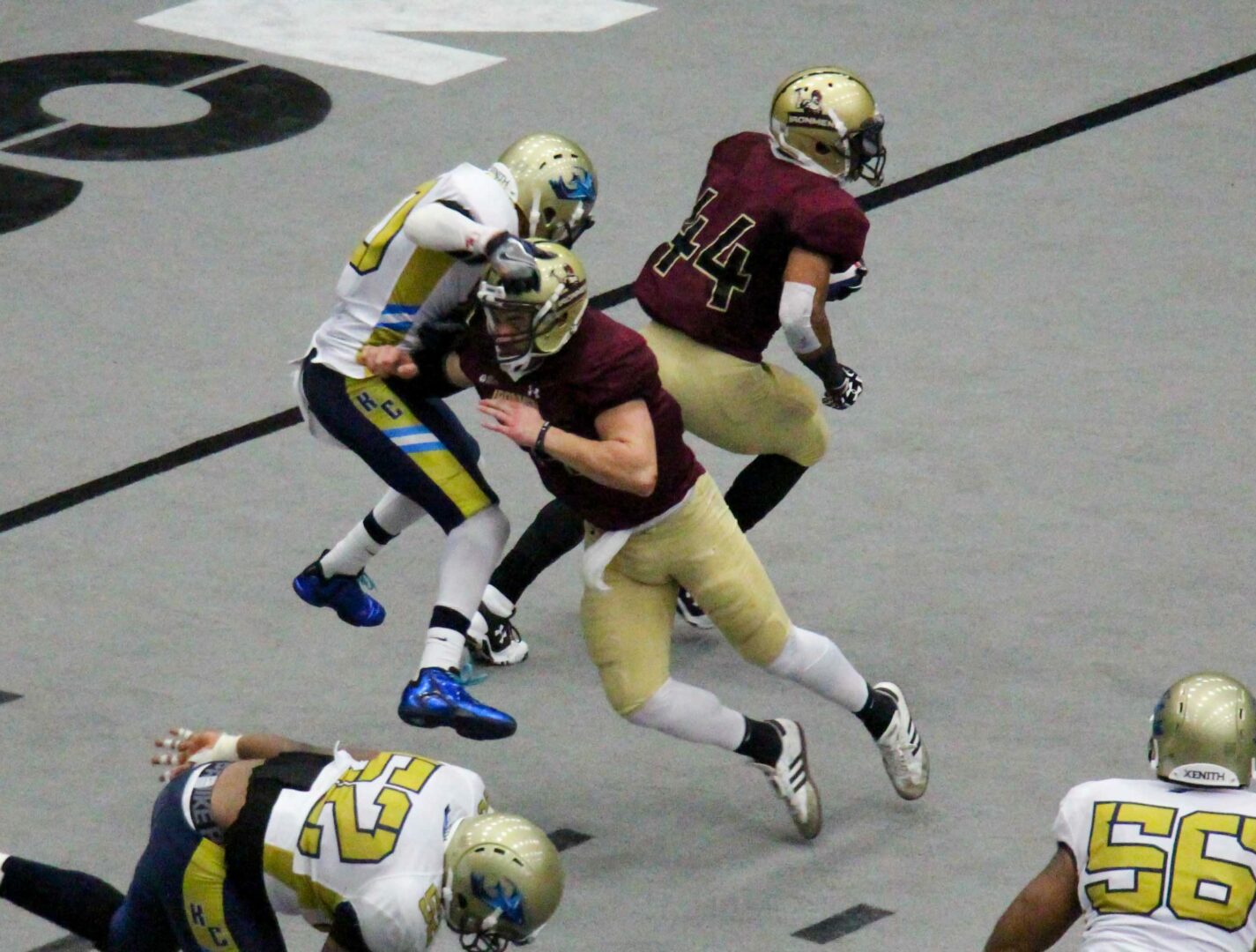 “The difference in the game was the same difference as last week,” said Ironmen Coach Ty Lynk. “We are making mistakes that we shouldn’t be making. I have to take that upon myself as a coach, it’s not my players. I need to figure it out and get us to where we can be solid.”

The Ironmen struck first in the third quarter on a two-yard scoring run by Ringer and grabbed their first lead of the game, 27-22.

Kansas City answered with a touchdown pass with 8:31 left in the third quarter to retake the lead. West Michigan’s Erik Thompson electrified the crowed with a 53-yard touchdown return on the ensuing kickoff to put the Ironmen up 33-29 after three.

But things didn’t go well for the Ironmen down the stretch.

They appeared ready to extend their lead late in the third quarter when Rony Nelson sacked the Phantom quarterback and caused a fumble around the Kansas City 25, and Malcolm Howard scooped up the ball and appeared to score a touchdown.

But the touchdown was called back on a West Michigan penalty after the fumble recovery, and the Ironmen ended up with the ball in their own territory. 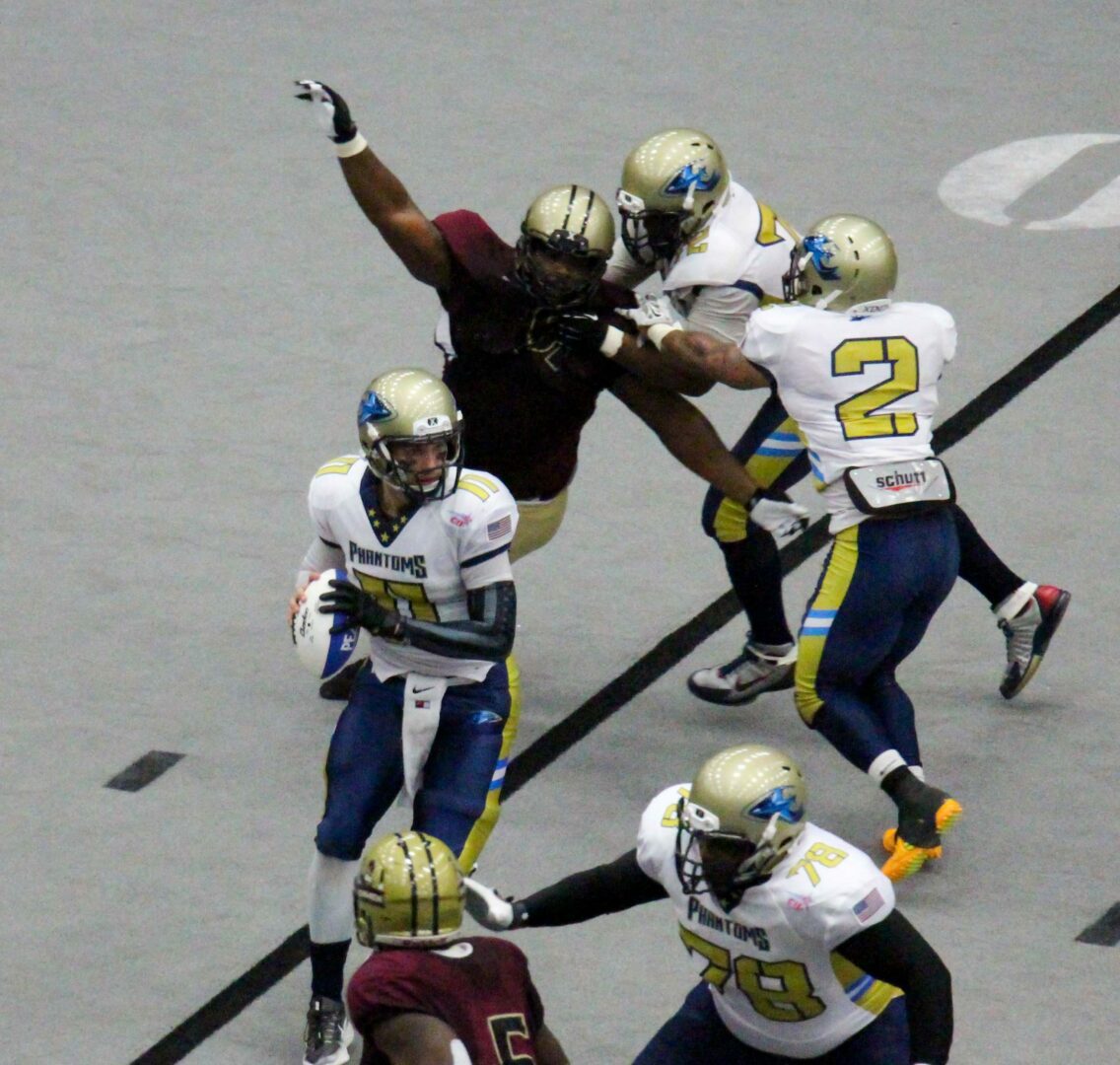 They ended up with a fourth-and-one but failed to convert, giving Kansas City the ball at the West Michigan 12. The Phantom took advantage by scoring a touchdown early in the fourth quarter to retake the lead for good, 35-33.

The Ironmen gave up another point on the ensuing kickoff when they were tackled in the end zone, giving Kansas City a 36-33 edge.

Ironmen quarterback Alex Carder completed a pass to Donovan Campbell near the Kansas City 10 on the next possession, but the ball was fumbled on the play and Kansas City took advantage by scoring another touchdown to take a 43-33 lead.

West Michigan scored a touchdown with 55 seconds left to pull within three. They tried an onside kick in an attempt to get the ball back, but Kansas City covered the kick and scored another touchdown to pull ahead 50-40.

The Ironmen scored again with eight seconds left, but it was too little too late.

“We just need to clean it up,” Lynk said. “We are playing hard and figuring it out, we just need to be more disciplined. We have the talent to play in this league.”

Olson threw for 122 yards on 17-for-24 passing and six touchdowns for Kansas City. Anthony Parks caught six passes for 52 yards and four touchdowns.