MUSKEGON – On the positive side, the West Michigan Ironmen proved they can be competitive in the Champions Indoor Football league.

And Ironmen fans got to see an exciting home homer that wasn’t decided until the final play.

West Michigan battled back from a 14-point deficit in the fourth quarter, and had the ball at the Bismarck Bucks’ 7-yard line with three seconds left to play in the game. 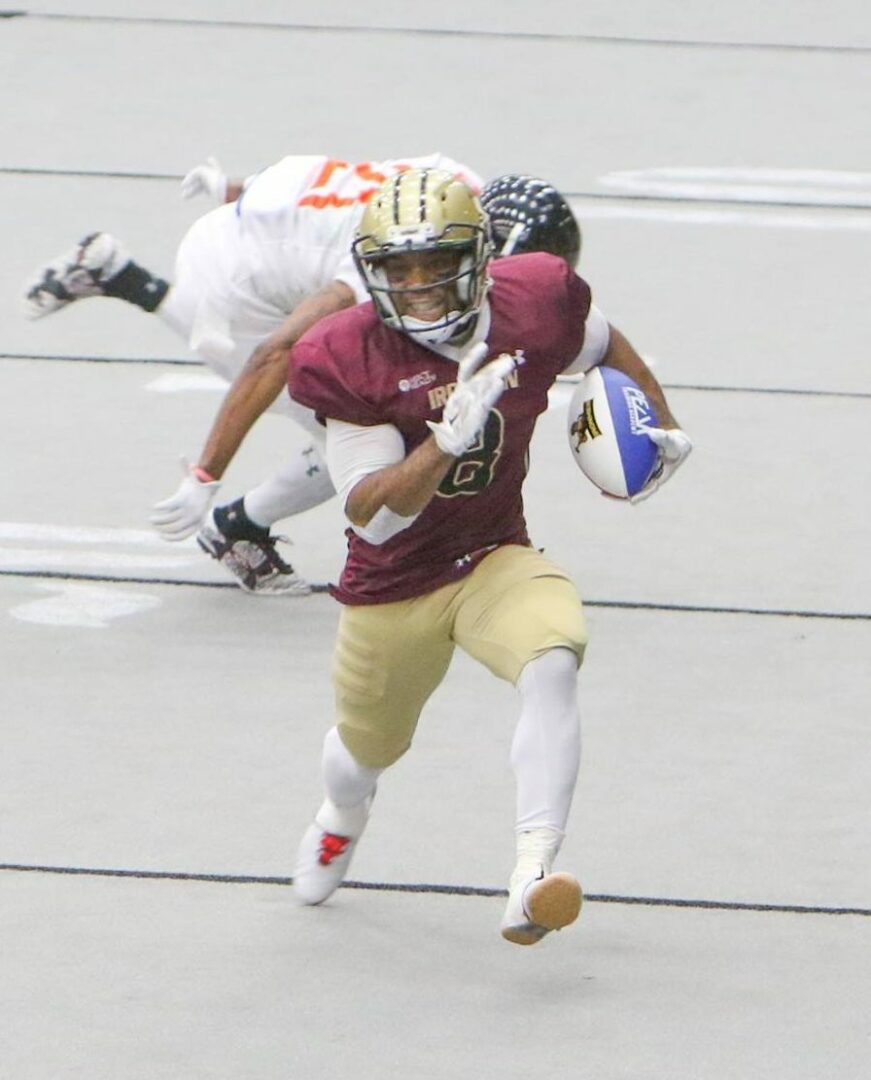 But Ironmen quarterback Alex Carder threw an interception in the end zone on the final play, and West Michigan fell to Bismarck 40-33 in front of a big crowd at L.C. Walker Arena.

The Ironmen dropped to 0-2 on the season, after losing 64-20 in Bloomington last weekend in their first game in the CIF.

“We are still making so many mistakes,” said Ironmen Coach Ty Lynk. “I liked the effort the guys put in, though. They put in more effort than they did the week before. It just burns to let one like this get away from us.”

The Ironmen traded touchdowns with the Bucks throughout the first half. They grabbed a 26-25 halftime lead when Carder hit Corey Johnson with a touchdown pass with four seconds left in the second quarter, then kicked a long extra point following a penalty on the first PAT attempt.

Justin Mott and Dante Ingraham both had touchdown catches earlier in the first half for West Michigan, while Korey Ringer scored on a run.

But most of the second half belonged to Bismarck, which scored a pair of touchdowns in the third and fourth quarters and built a 40-26 lead with 10 minutes remaining. 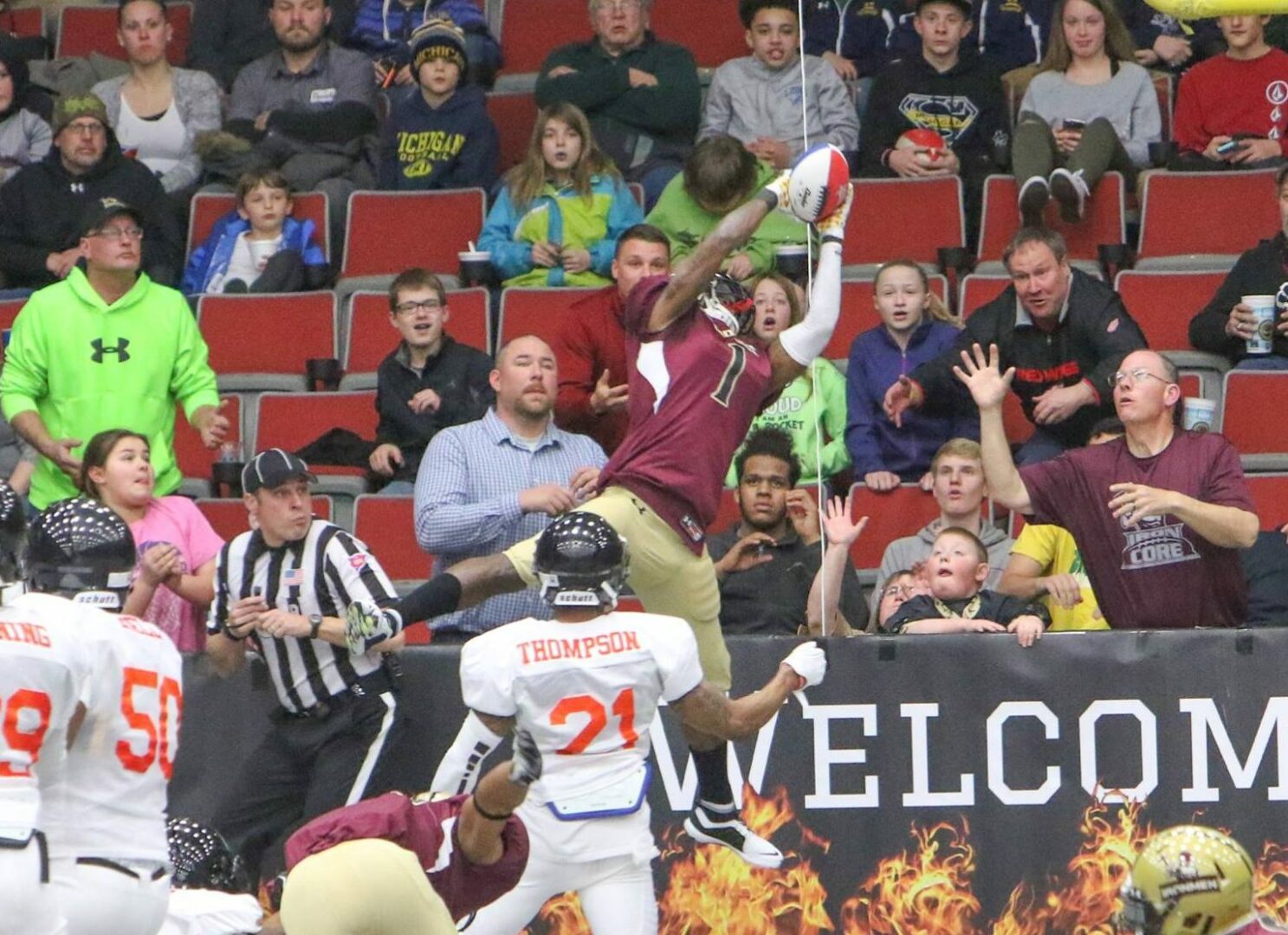 Corey Johnson gets up to for the pass from Ironmen QB Alex Carder. Photo/Joe Lane

The Ironmen never game up.

Ringer scored a rushing touchdown with just under seven minutes left in the game, and the extra point cut Bismarck’s lead to 40-33.

Bismarck took six minutes off the clock on its next possession, then missed a 37-yard field goal attempt that would have sealed the victory.

The Ironmen got the ball back at their own five-yard line with only 40 seconds left.

Carder completed passes to Donovan Campbell and Corey Johnson, leaving the Ironmen in a fourth-and one situation at the Bismarck 19-yard-line.

Carder fumbled the snap on the next crucial play, recovered it himself, then completed a pass to Campbell at the 2-yard line with 3.7 seconds remaining.

A false start on the next play pushed the ball back to the 7, then Carder threw the interception on the last play of the game that sealed West Michigan’s fate.

The Ironmen hurt themselves with mistakes at key times throughout the game.

They led 19-13 in the second quarter when Bismarck drove to the West Michigan 2-yard line on fourth down. The Ironmen defense stuffed the run on the next play, but an “illegal defense” penalty gave the Bucks another chance, and they scored to tie the game.

The Ironmen trailed 32-26 in the third quarter when a Carder pass was intercepted in the Bismarck end zone.

The score was the same in the fourth quarter when Bismarck had the ball in a fourth-and-22 situation at the West Michigan 24. Bucks quarterback Johnathon Bane threw a 24-yard touchdown pass to give the visitors what proved to be a decisive cushion on the scoreboard.

“I am not discouraged by any means,” Lynk said. “We just have to understand that this is a better league and every mistake is going to be costly.” 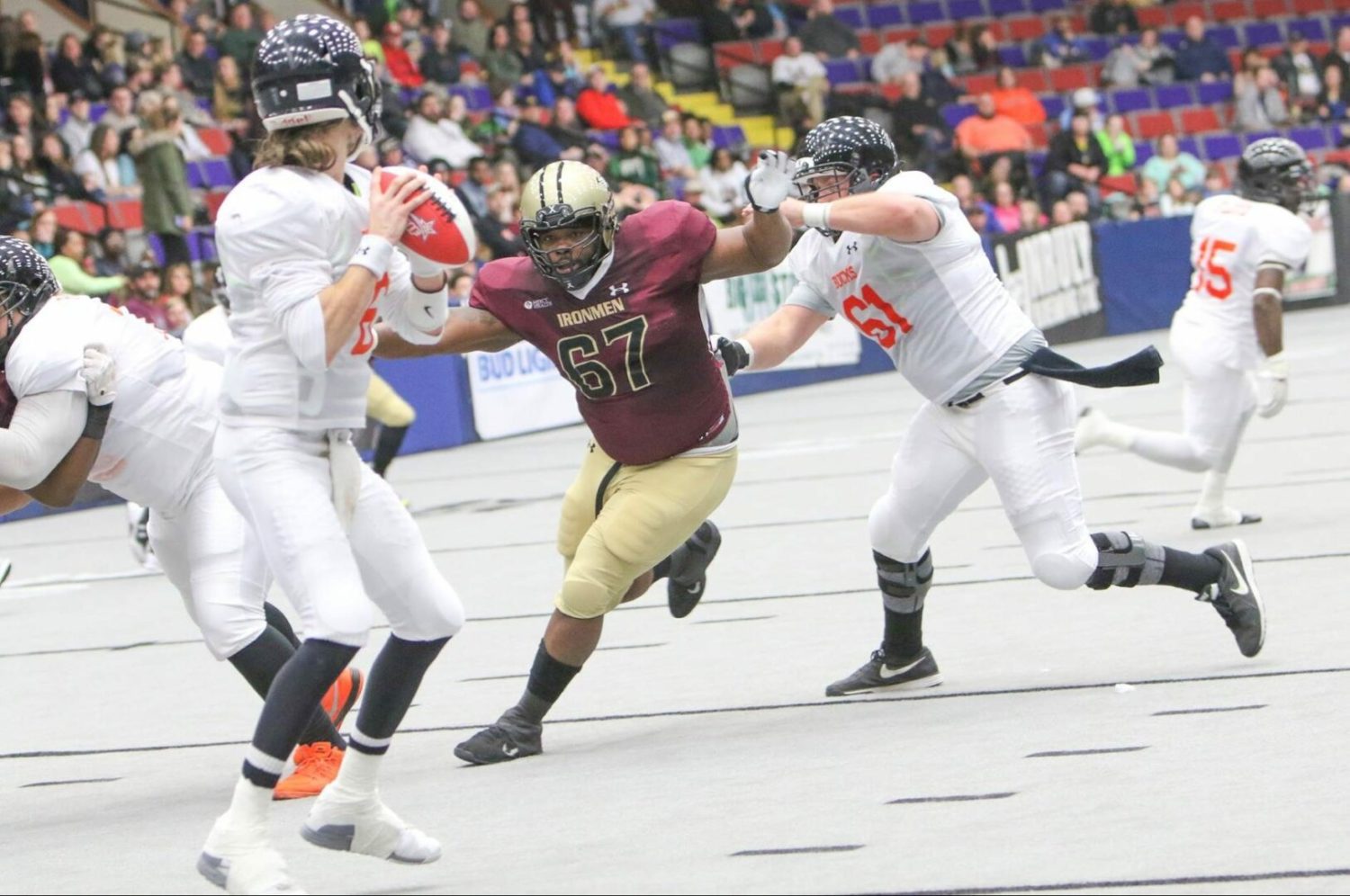 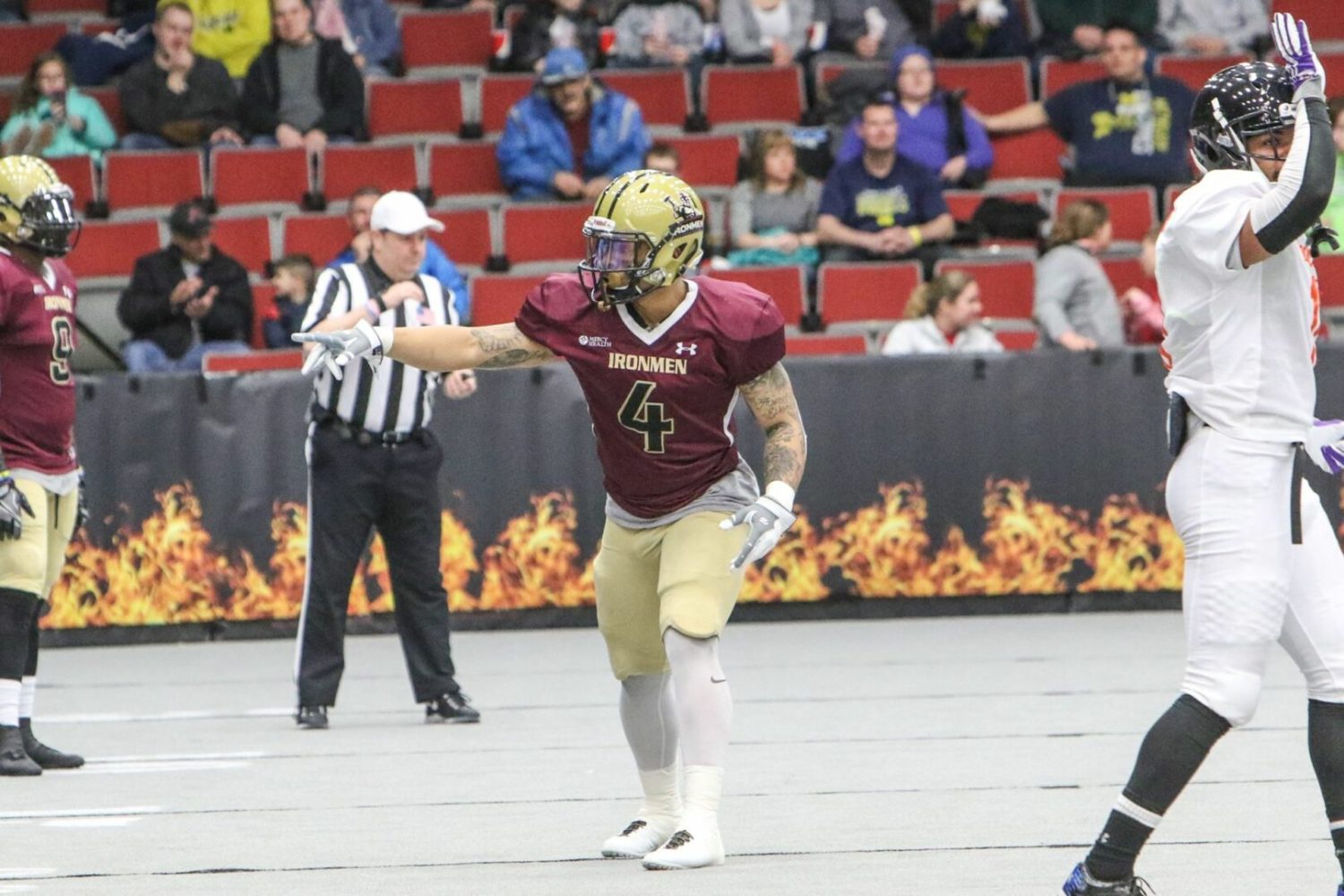 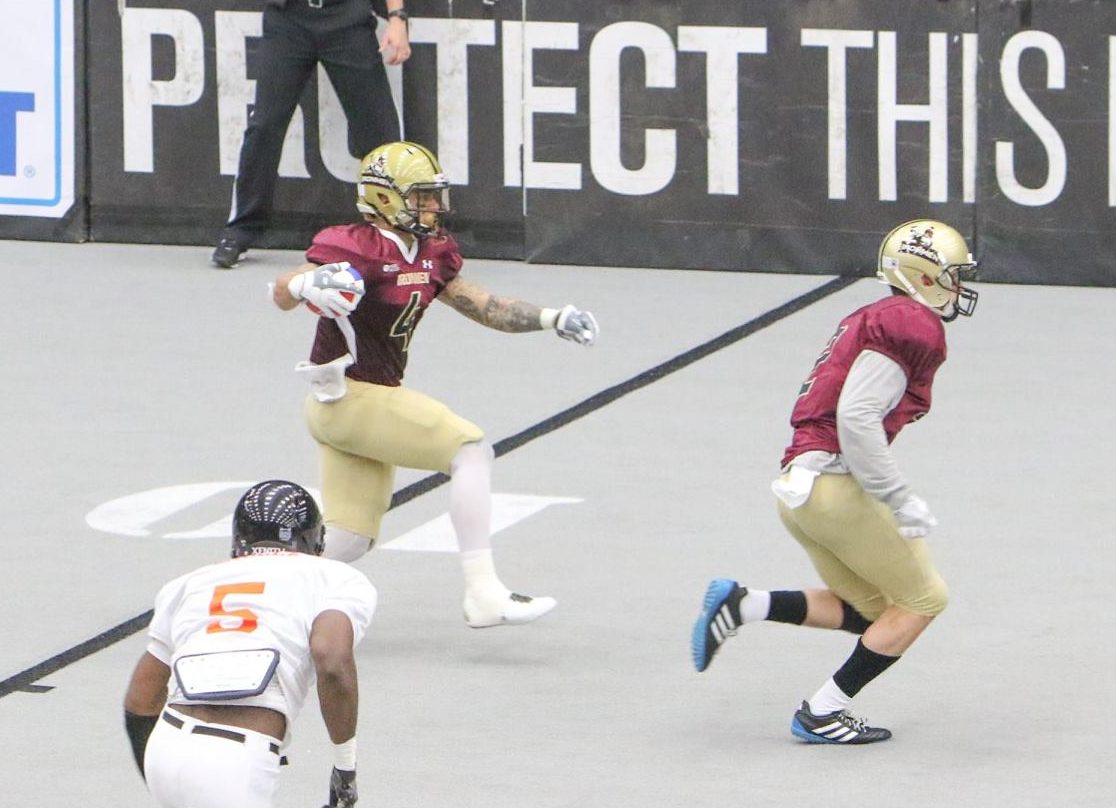 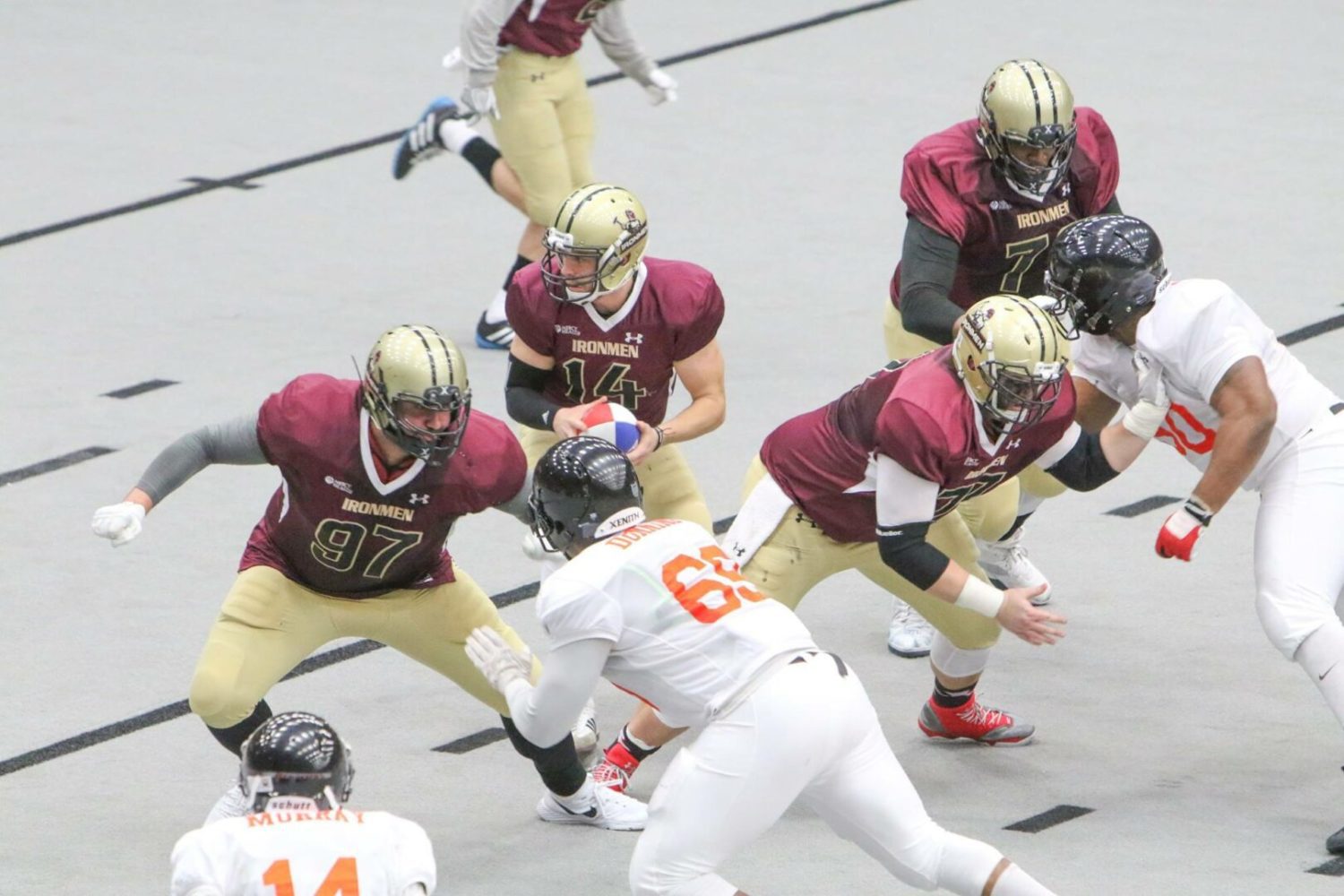 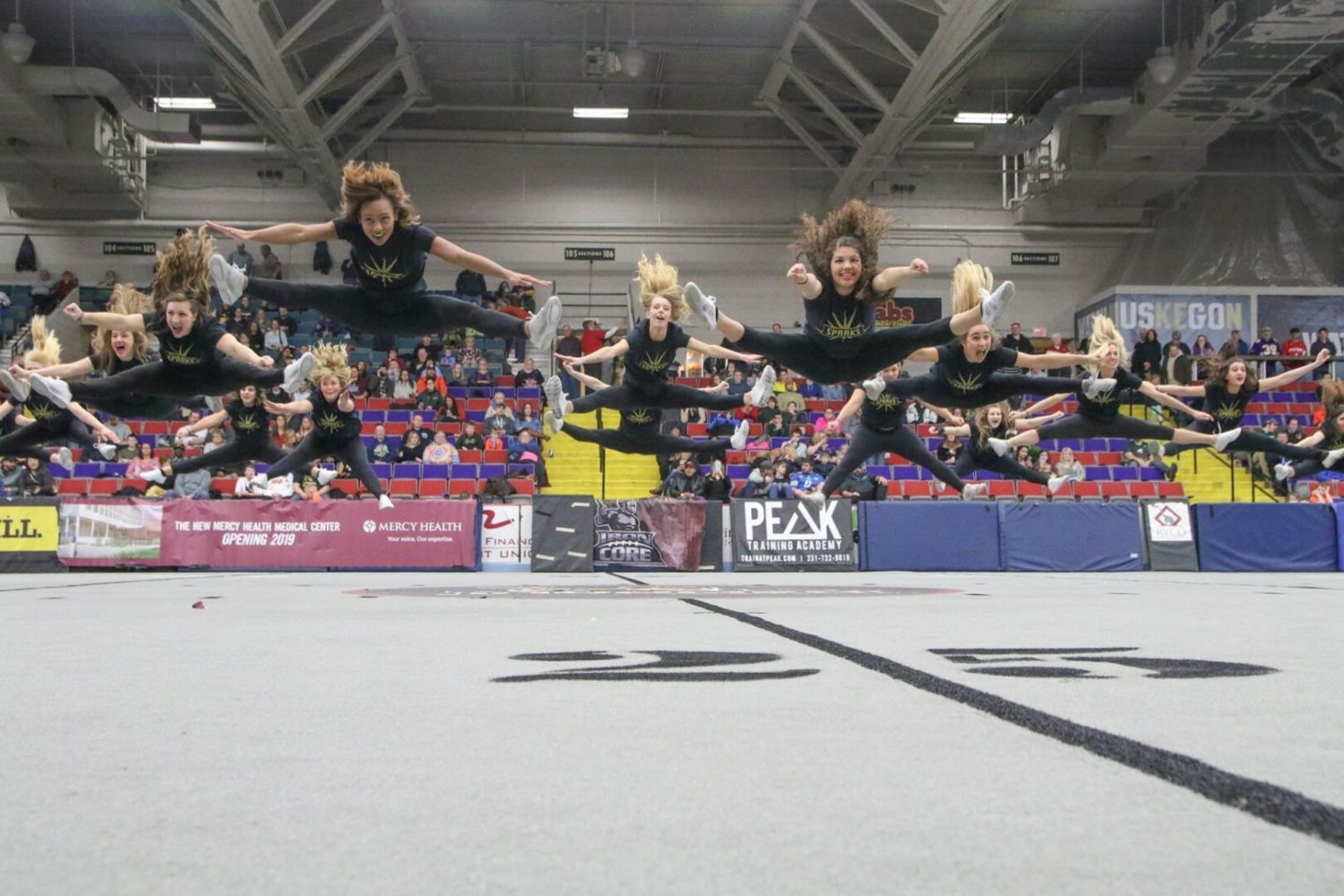 The Sparks showing off some serious hops during the break. Photo/Joe Lane 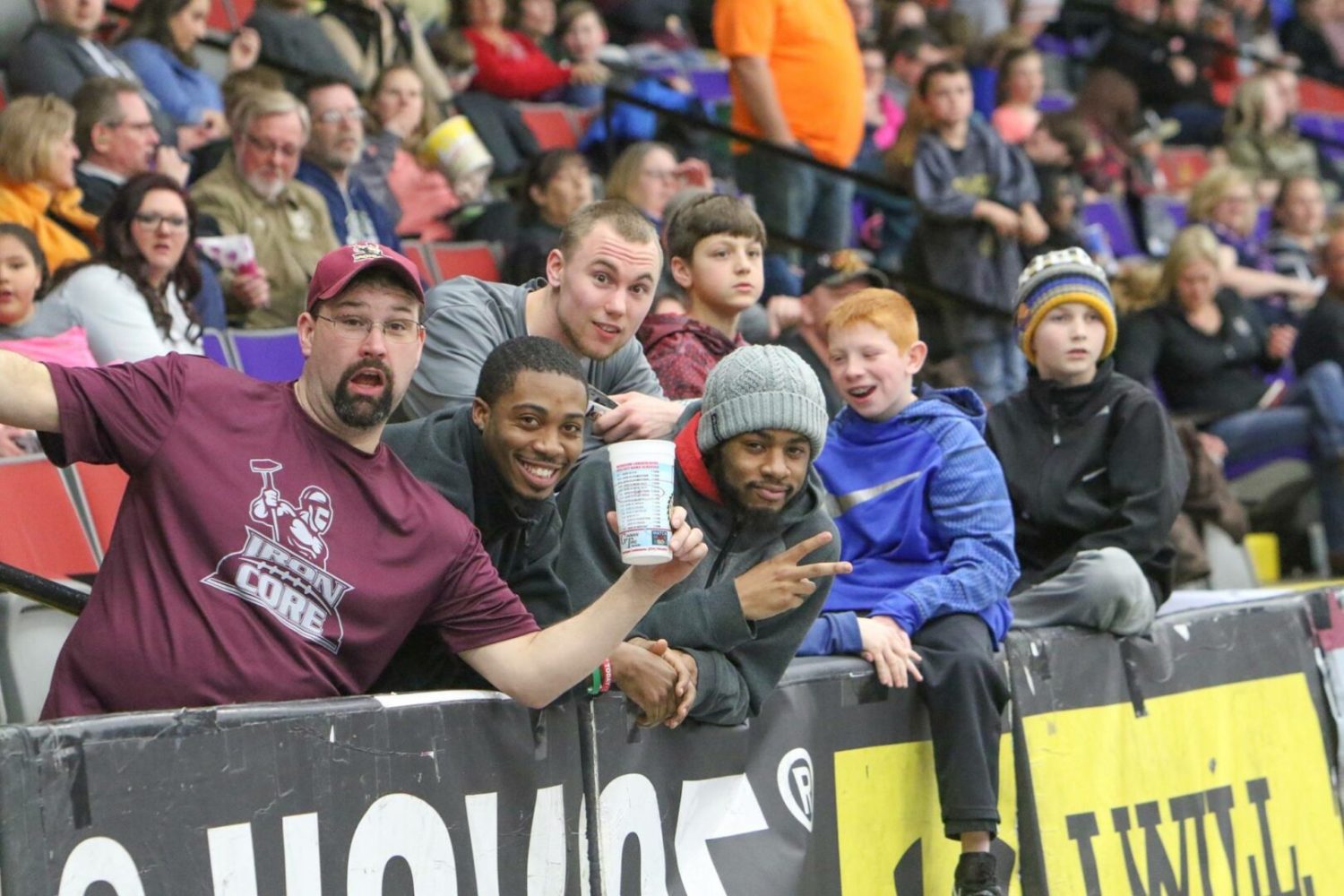 Fans enjoy the game from the tight sidelines where souvenir game balls make an appearance during the game. Photo/Joe Lane 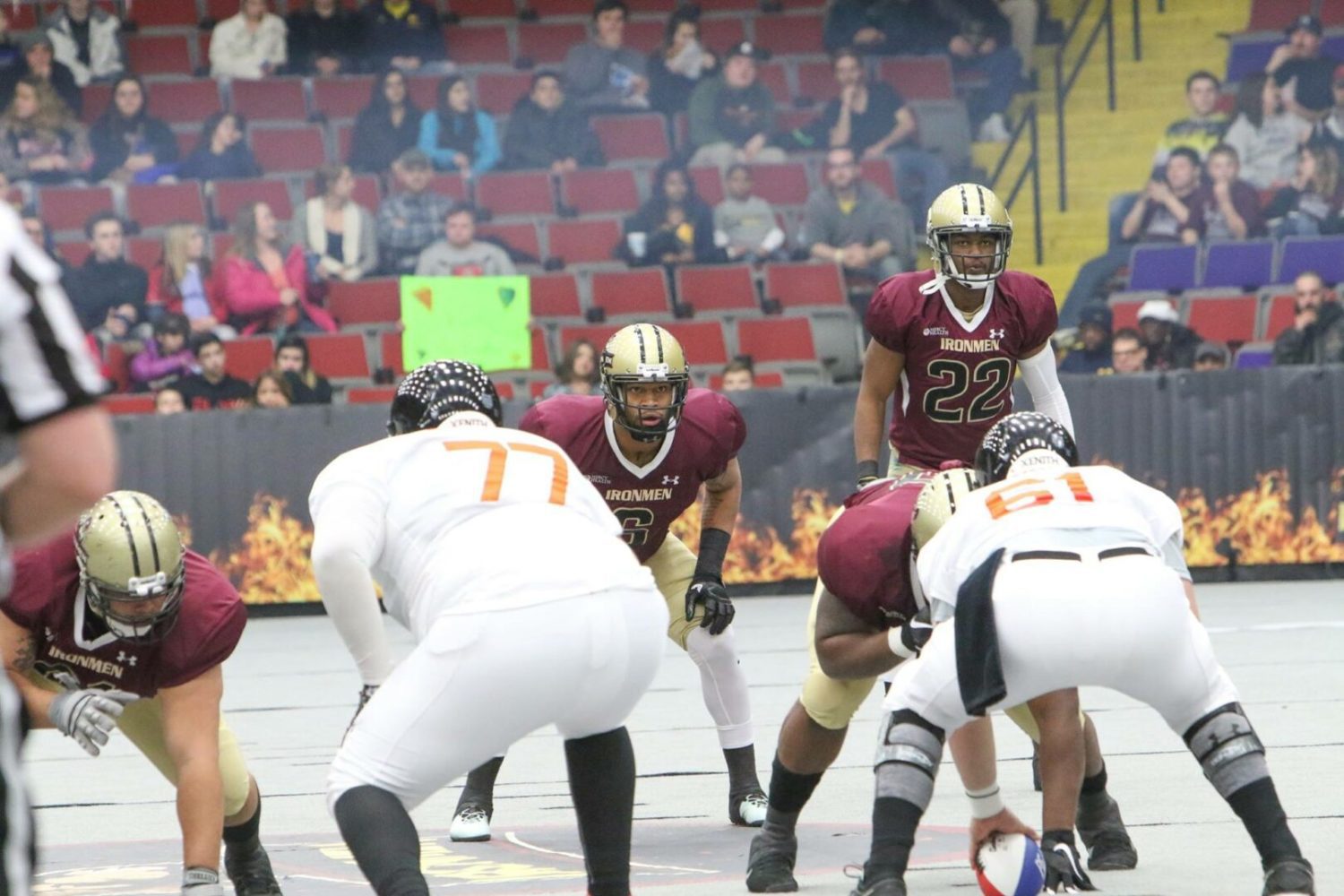 No. 6 Malcolm Howard and No. 22 Erik Thompson stand in the backfield waiting on the snap for West Michigan. Photo/Joe Lane 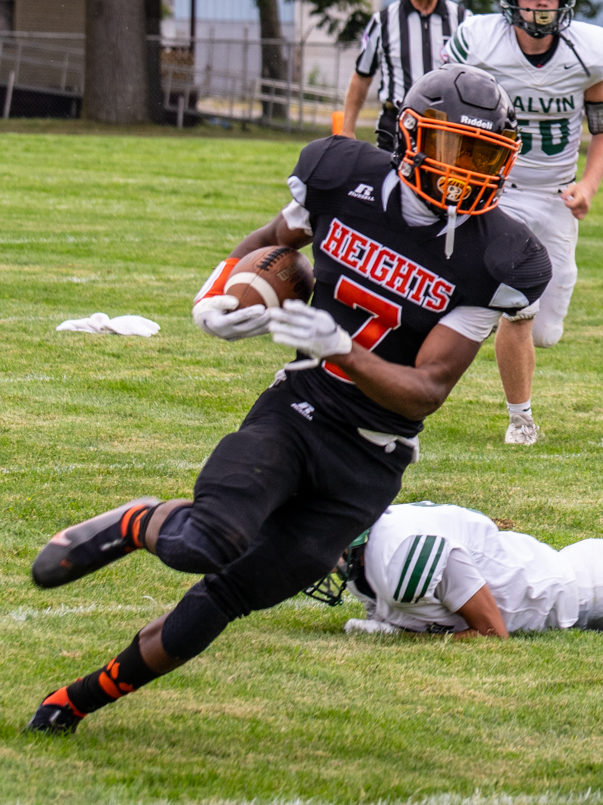 Heights Tigers hope dream season continues, but a tough opponent is standing in their way