MUSKEGON – Headed into their inaugural season in 2016, the West Michigan Ironmen weren’t sure what to expect.

Very few of the Ironmen – including head coach Ty Lynk – had any experience with indoor football, which features an 8-on-8 format and a 50-yard field.

As it turned out, the Ironmen did very well, posting a 9-2 record, winning the Northern Division championship, and advancing to the American Indoor Football League championship game, before losing to the Columbus (Georgia) Lions. 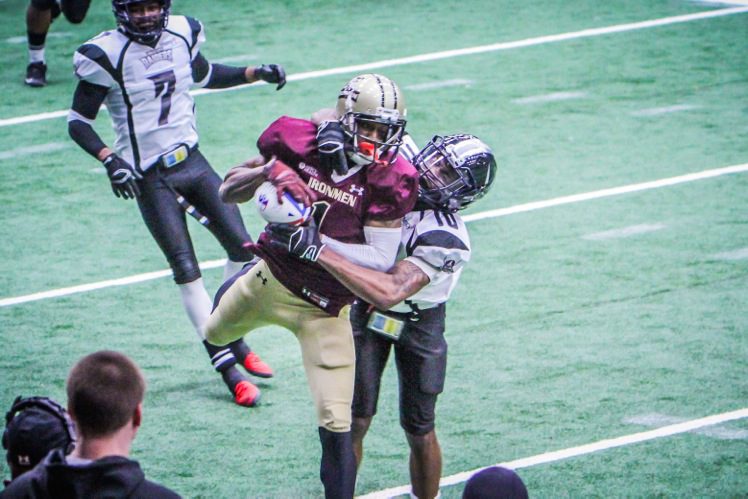 Corey Johnson hauls in a catch for the Ironmen last season.

The good news is that many of the top players from the 2016 roster have returned.

The Ironmen have also upgraded at several positions, including defensive nose tackle, which will be filled by former Muskegon High School and University of Michigan star Terrance Taylor, who spent the last six seasons as a standout in the elite Arena Football League.

The Ironmen would be considered a strong contender for the AIF championship this season, if they were still playing in that league.

But they have joined the far more competitive Champions Indoor Football (CIF), a three-year-old professional arena football league that features 14 teams, broken into two divisions, with the top three teams in each division making the postseason.

The Ironmen will play a 12-game regular season schedule, with six at home and six on the road. They will compete in the Northern Division with the Omaha Beef, Salina Liberty, Kansas City Phantoms, Bloomington Edge, Bismarck Bucks and Sioux City Bandits.

They will open the season on Friday with a game in Bloomington at 8:05 p.m. EST. Their home opener will be Saturday, March 11 against Bismarck at L.C. Walker Arena at 7:05 p.m.

The CIF is considered one of the top professional minor leagues in the nation, one stop below the Arena Football League. 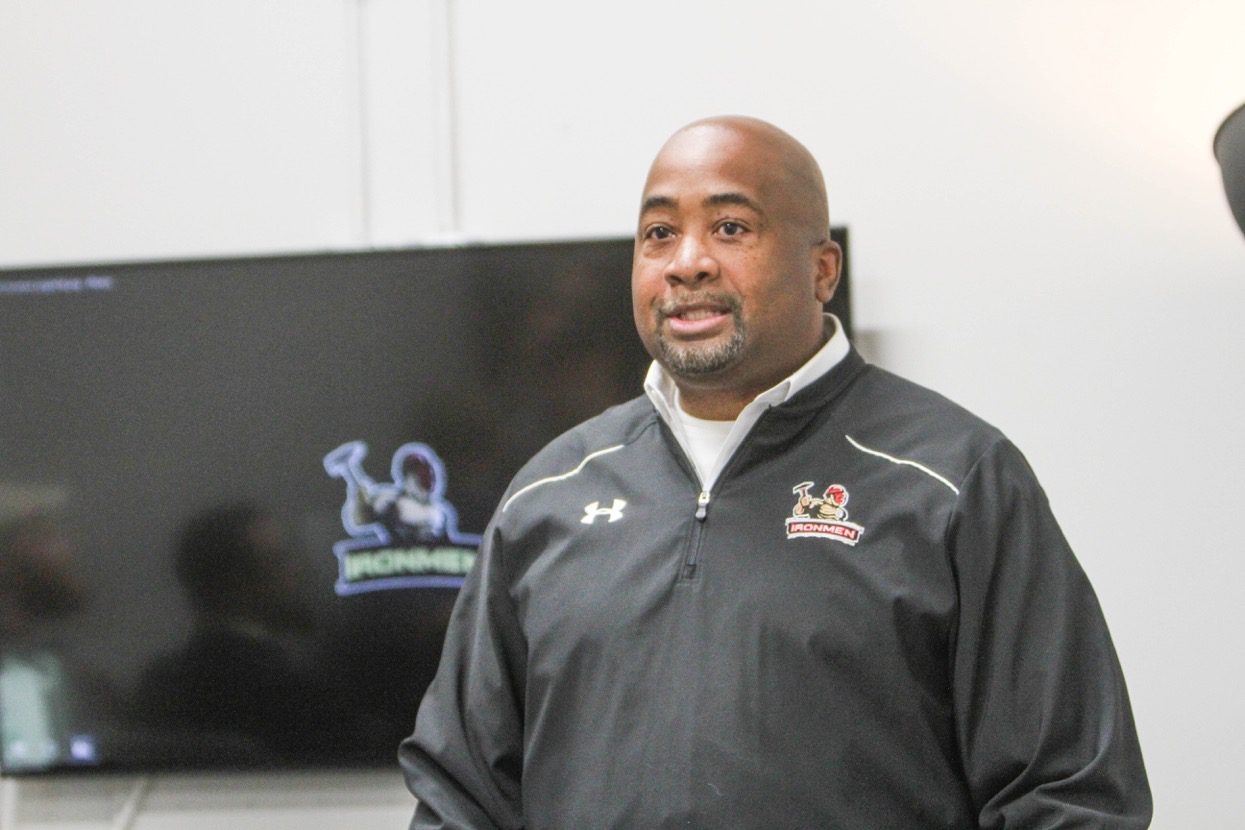 So in a way, the Ironmen are back where they started last year, headed into a new league against unfamiliar but obviously stronger opponents.

Until they play some games, they have no way of knowing how competitive they will be against higher-level competition.

“It is like starting over again,” said Ironmen Coach Ty Lynk. “The game itself is the same, but we are going into a much more talented league then what we were in before. So there won’t be any games where we can play whoever we want after the first quarter. You are not going to get many breaks.”

But Lynk also knows the players on his roster, and is willing to bet they will give every opponent on their schedule a run for their money.

“I think we can compete at a high level,” the coach said. “No one out there expects that, but nobody expected us to do what we did last year, either. We have the talent to play at this level.”

Skilled returnees and some new faces

Lynk’s optimism is based largely on the return of 12 players from last year’s team, including many who proved to be standouts. The Ironmen have also upgraded the roster in several areas, which was a must for playing in a more challenging league.

Perhaps the most important returnee is veteran quarterback Alex Carder, who guided the Ironmen with his calm demeanor and accurate passing arm last season. 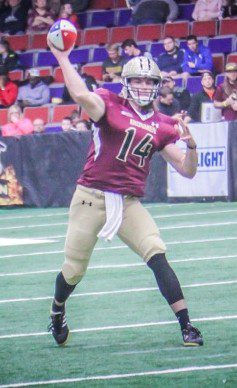 Carder, a record-setting quarterback at Western Michigan University, is a veteran of the professional indoor football circuit. He played for the Nashville Venom, Jacksonville Sharks and Portland Thunder before signing with the Ironmen last season.

“His top quality is his accuracy throwing the ball,” Lynk said. “He can throw it in a window that you can’t shut fast enough. The guys listen to him like a field general. It’s like having another coach on the field.”

Carder will have the luxury of having his top receivers from last season back on the roster. The returning pass-catchers are former Muskegon High School and Troy University star Corey Johnson, as well as Donovan Campbell and Justin Mott.

All three turned in big numbers last year, and helped the Ironmen win a lot of games.

The running back position will again be anchored by Korey Ringer, who produced a lot of big yards last season.

The Ironmen put a lot of focus on bulking up their offensive line this season, and have high hopes for three very large rookies who will see a lot of playing time – Matt Thornton from Eastern Michigan University, Robert Reed from Delaware State and Roger Stewart from Hillsdale College.

Baptiste Williams, who played against the Ironmen as a member of the Chicago Blitz last year, will also play an important role on the offensive line, according to Lynk.

The defensive line should be in great shape, particularly with Wednesday’s announcement that Taylor is joining the team.

“He takes a pretty good defense and makes it a defense that will have some high expectations,” Lynk said about Taylor. “One thing we get with Terrance is another Alex Carder on the other side of the ball. We will have two extended coaches on the field.

“Opponents are going to give him their best every time he lines up, but he gives up an AFL-caliber player who is going to make them play at their best.’

Orchard View graduate Derek VandenBosch is back at linebacker after turning in a solid first season with the Ironmen. The defensive secondary will be anchored by veteran Erik Thompson – who also electrified fans last year with his explosive kick returns – as well as second-year Ironman Deonte Hurst.

“We brought back the core from last year and replaced the rest with players who will be able to do some things,” Lynk said. “Muskegon should be excited about what we are building right now.”