MUSKEGON TOWNSHIP -When it comes to basketball in March, it’s all about surviving and advancing.

That’s what the Mona Shores girls basketball team did on Wednesday night, but the state-ranked Sailors had a very close call

against a determined bunch of Muskegon Big Reds.

A Diynasti Dowell basket from inside the free-throw line gave Muskegon a one-point lead with 11 seconds remaining in the Class A district semifinal contest at Reeths-Puffer High School. 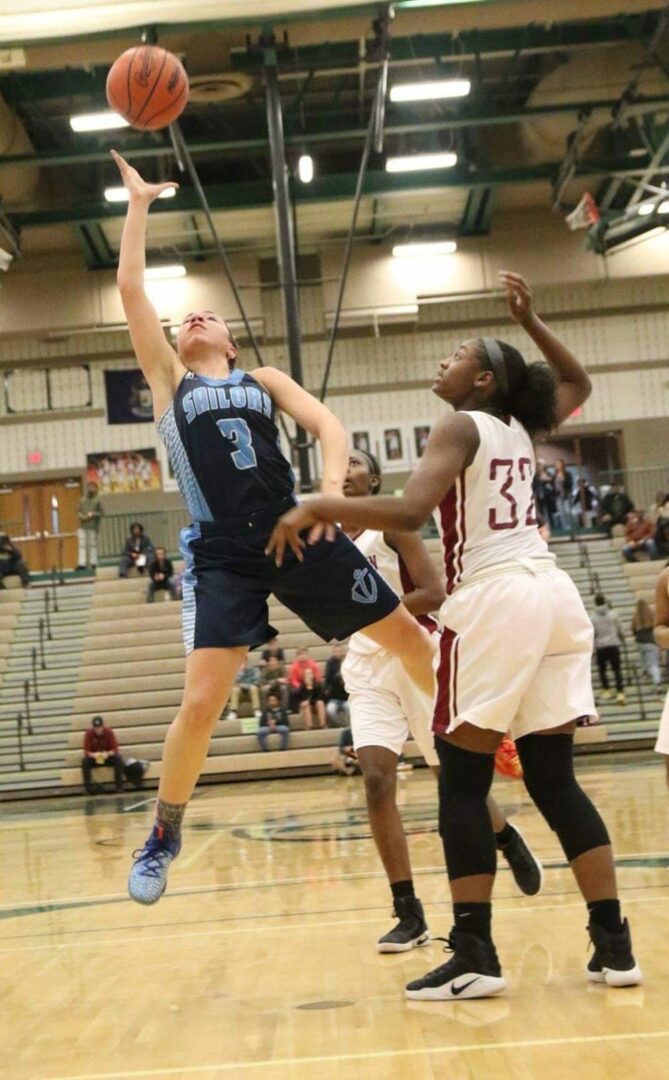 Alyza Winston gets the shot up in the lane over Muskegon forward Diynasti Dowell. Photo/Joe Lane

That left Mona Shores with one more chance to extend its outstanding season.

The Sailors quickly inbounded the ball and raced up court. Mona Shores’ Veronica Kastelic took a pass near the basket and went up for a left-handed layup.

The shot fell short, but a controversial foul was called that sent Kastelic to the free throw line with two seconds remaining.

Kastelic sank both shots to put the Sailors ahead 50-49. The Big Reds were unable to get a shot off in the time remaining and the nail-biting contest was over.

“Bottom line is we won by one point,” said Mona Shores Coach Brad Kurth, whose team improved to 18-3 and will meet archrival Reeths-Puffer on Friday night in the district championship game. “We talked about it in the locker room. Give credit to Muskegon. They had a great game plan. We survived and advanced, that’s key this time of year.

“I’m really proud of Veronica hitting those free throws. I know there is some hate about whether it was a foul or not, but I’ll tell you there were plenty of missed calls throughout the game in their favor.”

Muskegon Coach Rodney Walker did not see it that way.

“It was horrible,” said Walker, whose team finished the season with a 12-10 record. “It was ridiculous. There is no way you call that in a playoff game like that. How do you call that? I don’t respect that at all because those kids in there worked hard and deserved to be treated fair like everyone else. 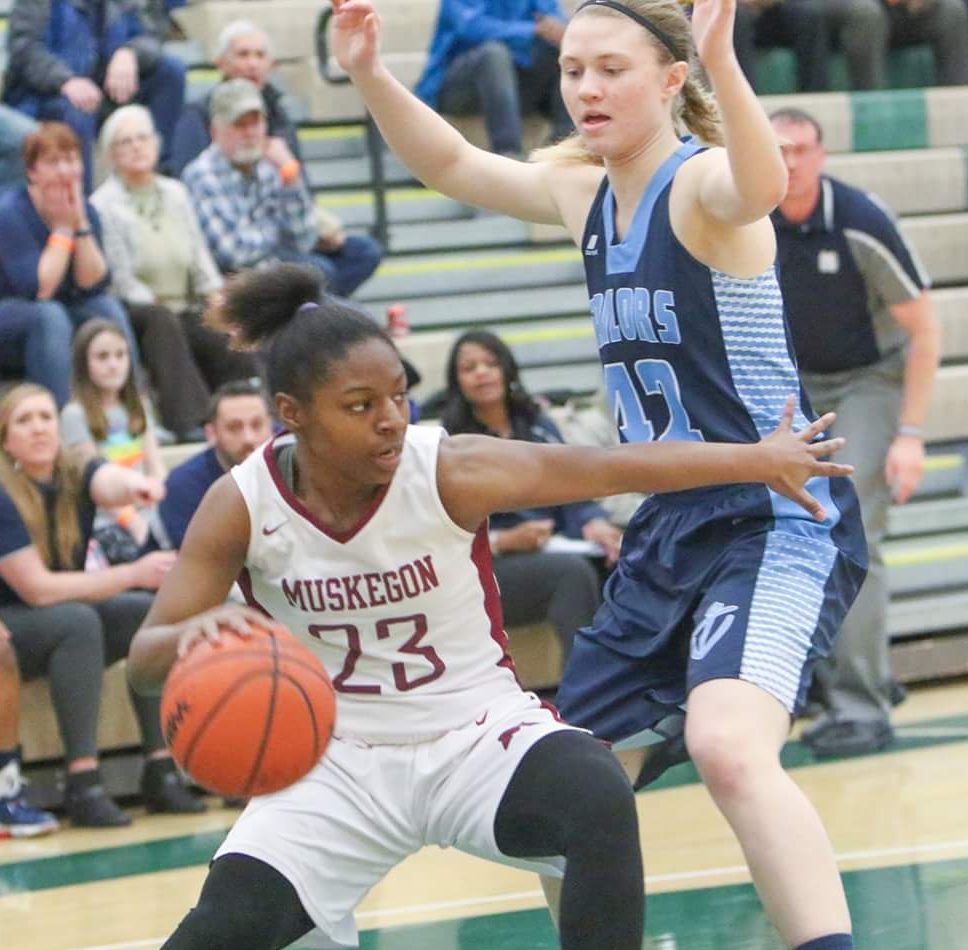 “They shouldn’t be deciding the game. I’m sick of that and Michigan referees controlling games. Let the kids decide it. Both teams work extremely hard in practice for this moment. No reason it should come down to a ref making that call. Absolutely not. I’m extremely upset. I’m sorry for my passion, but that’s not fair.”

While the pressure was on Kastelic, she said she had a clear mind when she stepped up to the line and drained the game winning free throws.

“I know that I don’t make most of the points, but my team needed me to make those to get ahead and move on,” she said. “Everything went all quiet and I was just in my thoughts.”

Mona Shores led 14-12 after one quarter thanks in part to eight points from senior Miss Basketball candidate Jordan Walker.

The Sailors went on a 15-0 run in the first three minutes of the second quarter to take a 29-12 lead.

Muskegon took a time out, then closed out the half with a 8-1 run to cut its deficit to 30-20 at the halftime buzzer.

Muskegon outscored Mona Shores 13-10 in the third quarter, making the score 40-33 in favor of the Sailors heading into the fourth. Dowell had 10 of the Big Reds’ points in the third.

Dowell had eight points in the final quarter, including the basket that gave Muskegon a momentary lead with 11 seconds remaining, but the dramatic ending doused the Big Reds’ hopes for an upset.

Walker led all scorers on the night with 23 points while teammate Alyza Winston added 13. 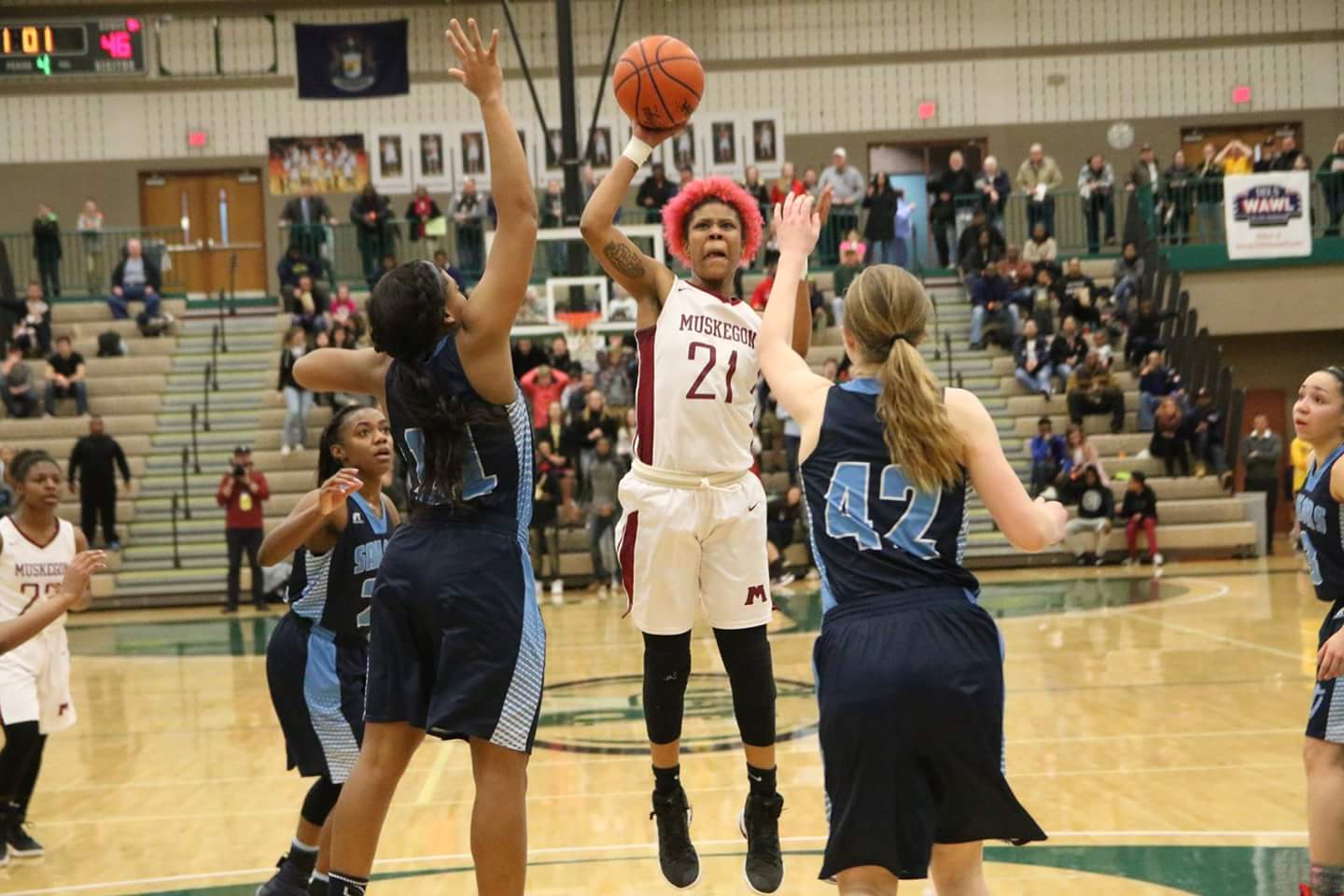 Tierra Williams takes the shot in the lane for Muskegon. Photo/Joe Lane 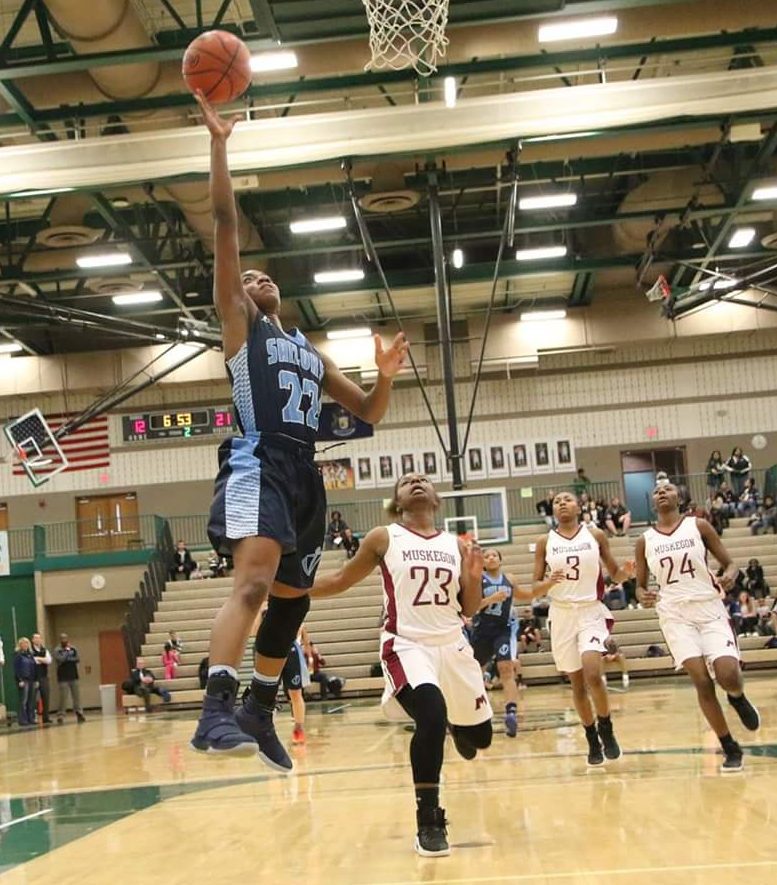 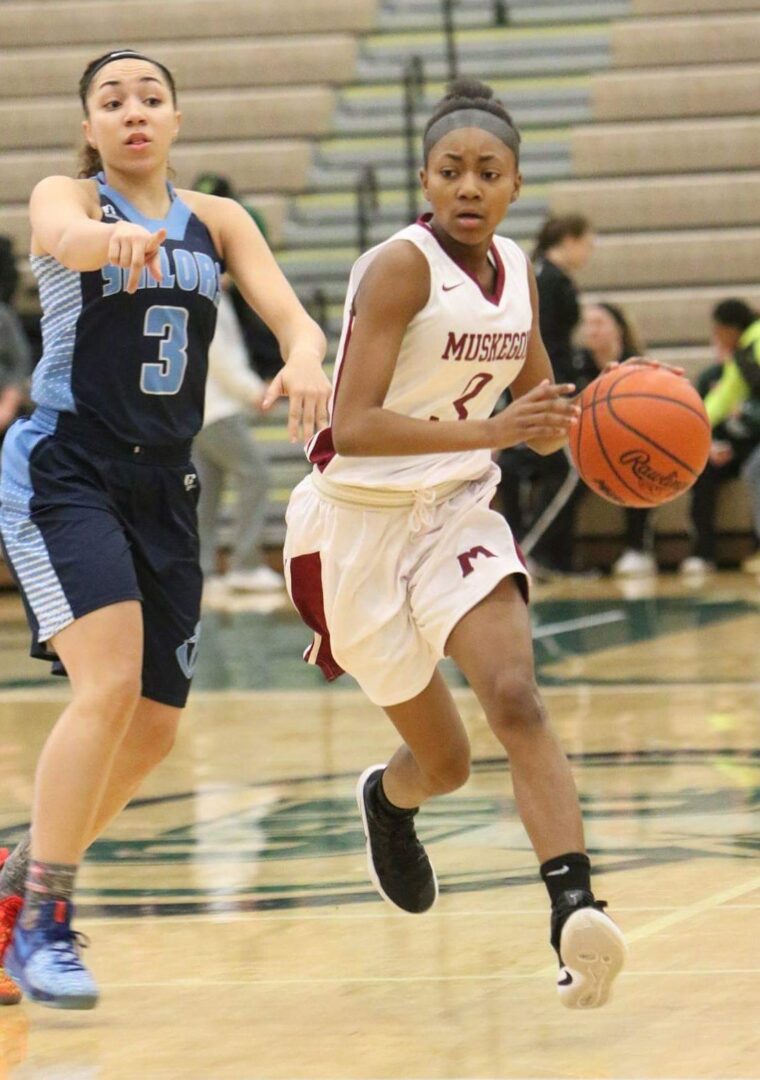