EAST LANSING – If determination could win a state championship, the Ludington boys basketball team would be headed home with the hardware right now.

But the Orioles couldn’t get their shots to fall in the fourth quarter in Saturday’s Class B state championship game, and their Cinderella bid to claim the state crown slipped away. 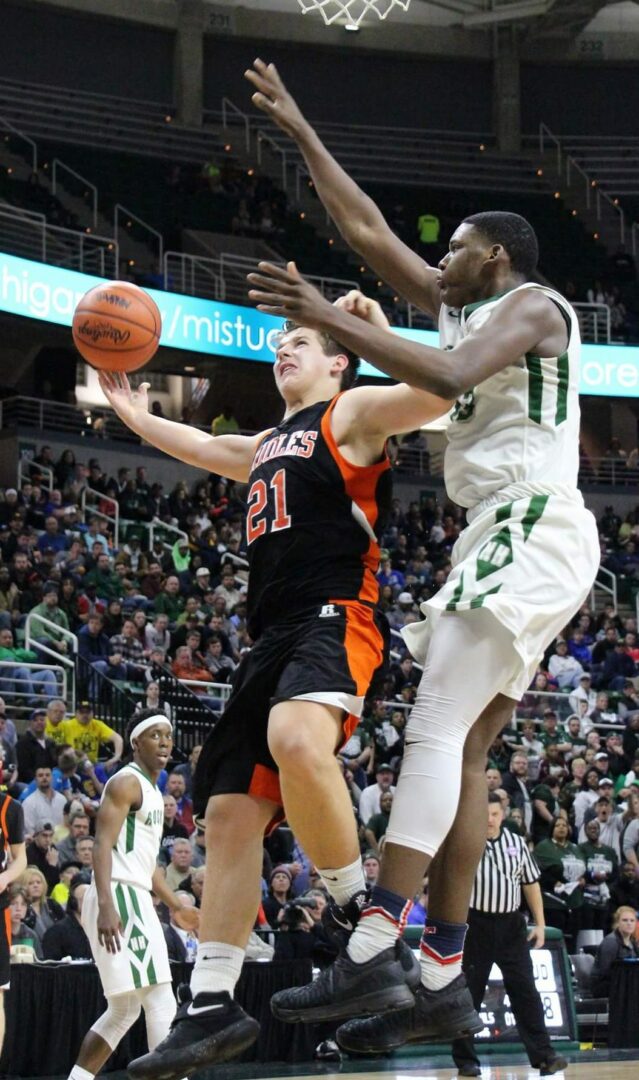 Ludington only trailed by a point after three quarters, but went the first 6 ½ minutes of the fourth without scoring a point. That allowed New Haven to pull away for a 45-36 victory and claim the championship at Michigan State University’s Breslin Center.

“I felt we stepped out there and did about everything we talked about doing,” said veteran Ludington Coach Thad Shank, who was making his first appearance in the state finals.

“We created the space we wanted, defensively we did really good. We just couldn’t make shots. You have to give credit to New Haven for that. They are long and athletic and make it hard to finish (underneath the basket).

“That’s the game of basketball sometimes. They don’t always go in. But I couldn’t be more proud of our basketball team.”

The loss ended an extraordinary tournament run for the Orioles, who finished the season with a 25-3 record.

They posted a 7-1 record in the postseason, with the highlight coming on Friday night when they beat powerful River Rouge 51-50 in the semifinals with a miracle 3-pointer by Josh Laman as time expired in overtime.

The players were disappointed but proud of their accomplishments after the championship game loss.

That included senior Calvin Hackert, who grew up in Ludington, moved to Kentucky in the seventh grade, then returned this season to finish his prep basketball career with his childhood friends.

“I think it’s just exciting that our team was here in the finals to play a team like that,” Hackert said. “We’ll never forget this.” 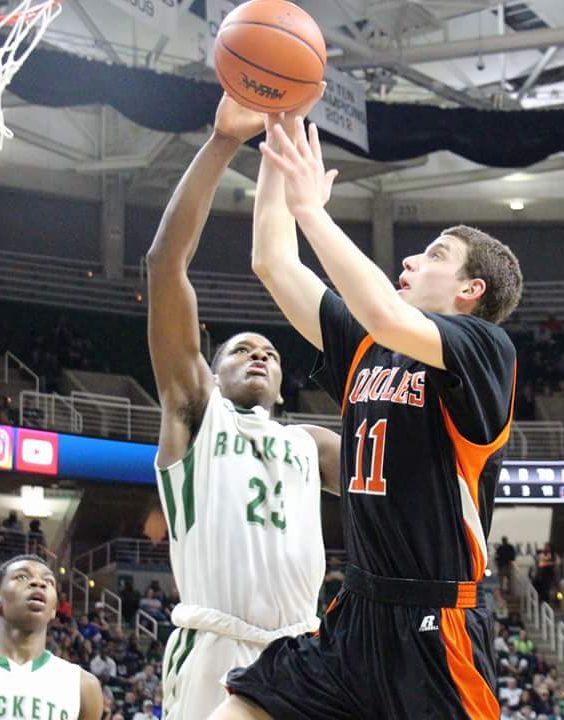 Joshua Laman attempts to go in for the layup against New Haven’s Romeo Weems. Photo/Jason Goorman

Senior Sam LaDuke said the Orioles, despite being a little bit shorter and slower than many of the teams in the Final 4, earned their spot the old-fashioned way – through very hard work.

“It’s no mistake that we’re here,” LaDuke said. “We probably prepared harder than any team in the state of Michigan. Coach Shank does a really good job of preparing us for every game. It was the dedication of these guys, spending countless hours in the gym.”

Even after their thrilling victory in the semifinals, a lot of people gave the Orioles little chance of keeping up with New Haven, a tall, athletic team that throttled a good Benton Harbor squad 78-49 on Friday.

But again Ludington stunned everyone by giving the Rockets everything they could handle for three quarters.

New Haven grabbed an early 7-5 lead, but the Orioles battled back and led 11-7 at the first buzzer. LaDuke paced Ludington in the first with six points.

New Haven only hit 3 of 11 shots from the floor in the first quarter.

The Orioles extended their lead to 15-8 with about two minutes gone in the second quarter, and looked like they might be taking control. But New Haven answered with a 16-4 run over final 5:38 of the first half to take a 23-19 lead at the break.

Ludington kept battling in the third quarter and trailed 31-30 at the final break.

But then the shots stopped falling for the Orioles. They got their share of easy tries underneath, but shot after shot rolled off the rim. 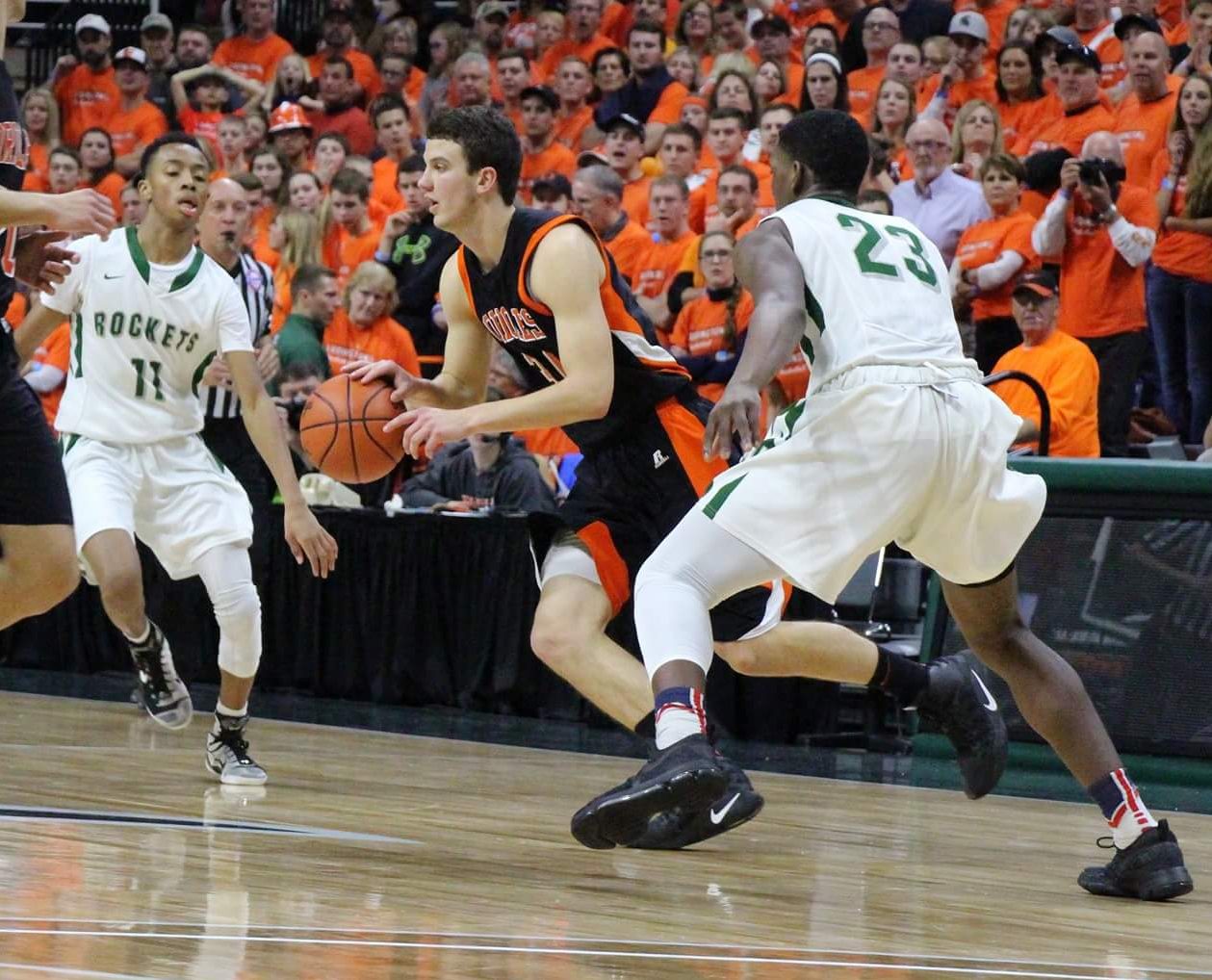 Ludington only converted 2 of 15 shots from the floor in the fourth, and didn’t score at all until Hackert nailed a 3-pointer with 1:30 left in the game.

Meanwhile New Haven hit four buckets in the fourth and 6 of 9 free throws to seal the victory.

Shank said the taller Rockets, who had six players who are at least 6-4, made it difficult for his team to score from the paint.

“They are long and when they’re playing above the rim it’s obviously going to have an effect,” said Shank, whose team only shot 22 percent for the game. “That’s why they’re state champions. They made it hard for us to score today.”

Hackert led Ludington with 16 points, LaDuke finished with 10 and Noah Laman had six points and 10 rebounds.

Josh Laman, the only other Oriole to score, had two points.

“I just say that I love them,” Shank said about his players. “They’ve reestablished the tradition of Ludington basketball. In my book we’re champions. Like I said I thought we played the best we could play tonight, besides making shots. We knew it was coming to an end today, and I’m just thankful I was able to be their coach.” 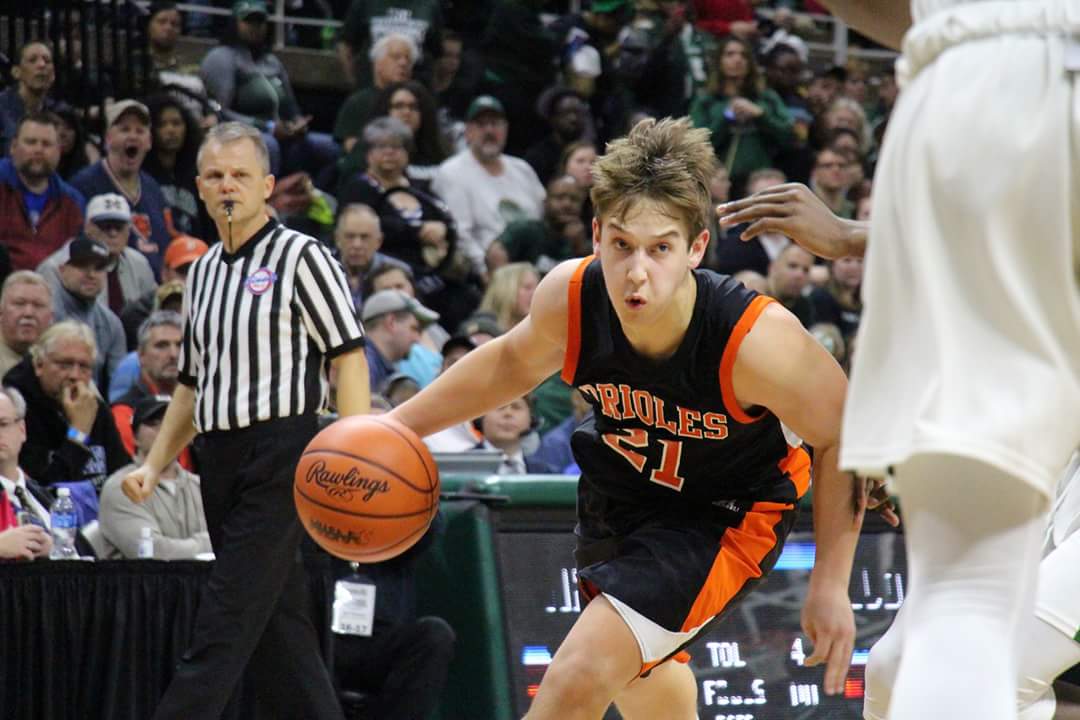 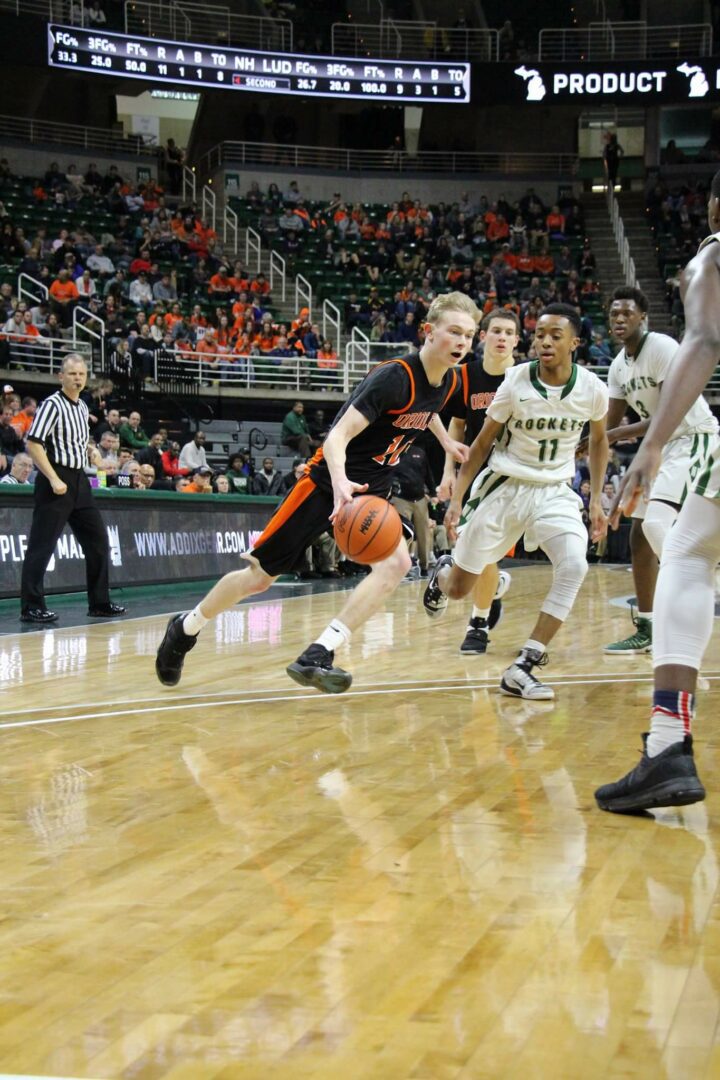 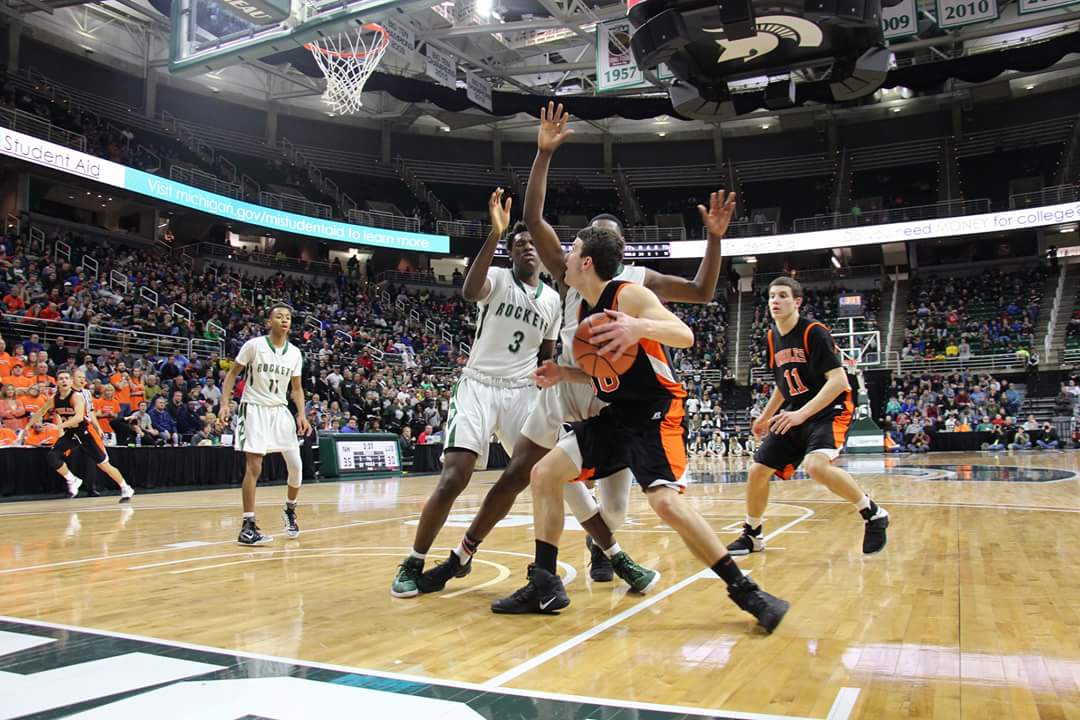 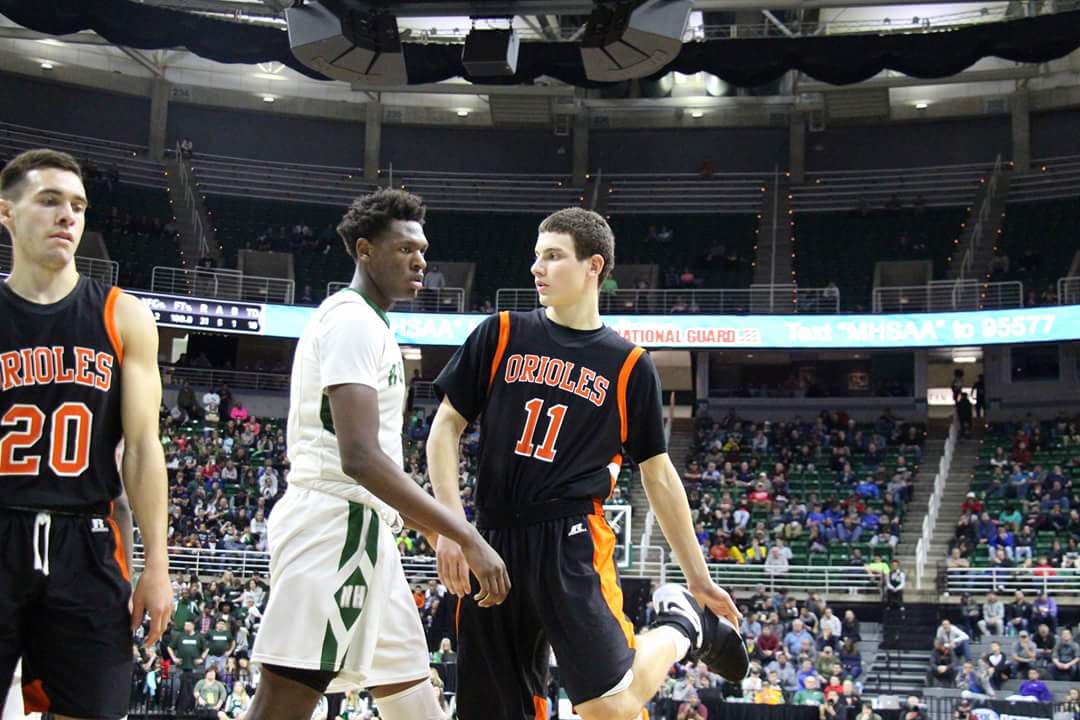 Joshua Laman cleans off the bottom of his shoe before the out of bounds play for Ludington. Photo/Jason Goorman 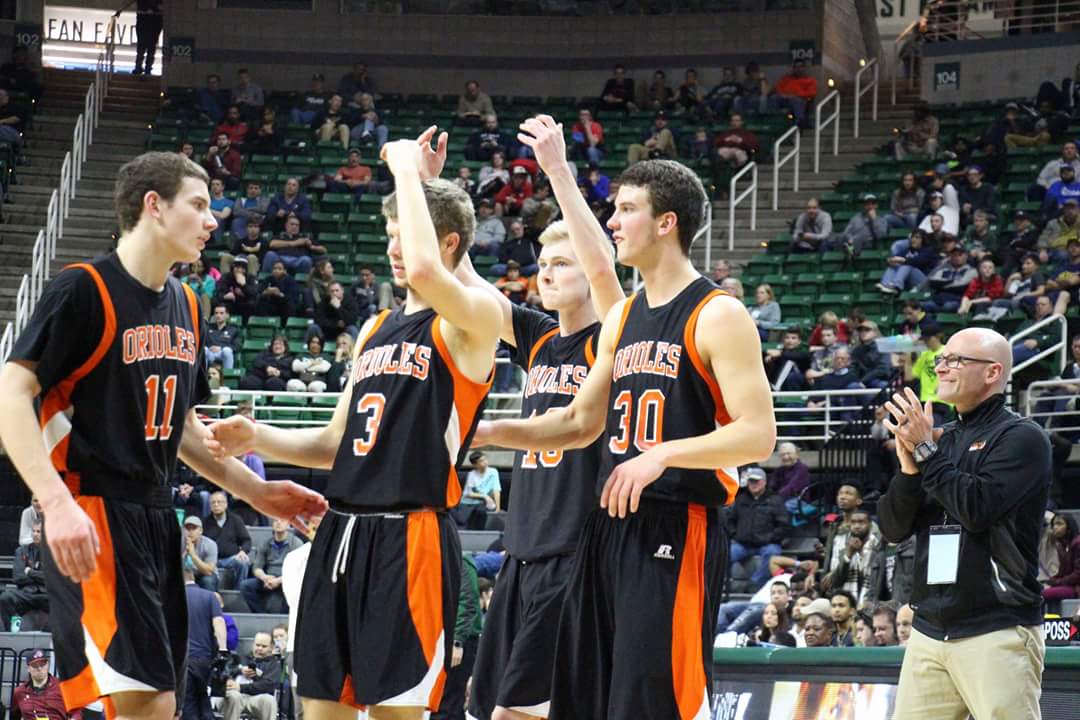 Ludington players come in for the timeout. Photo/Jason Goorman 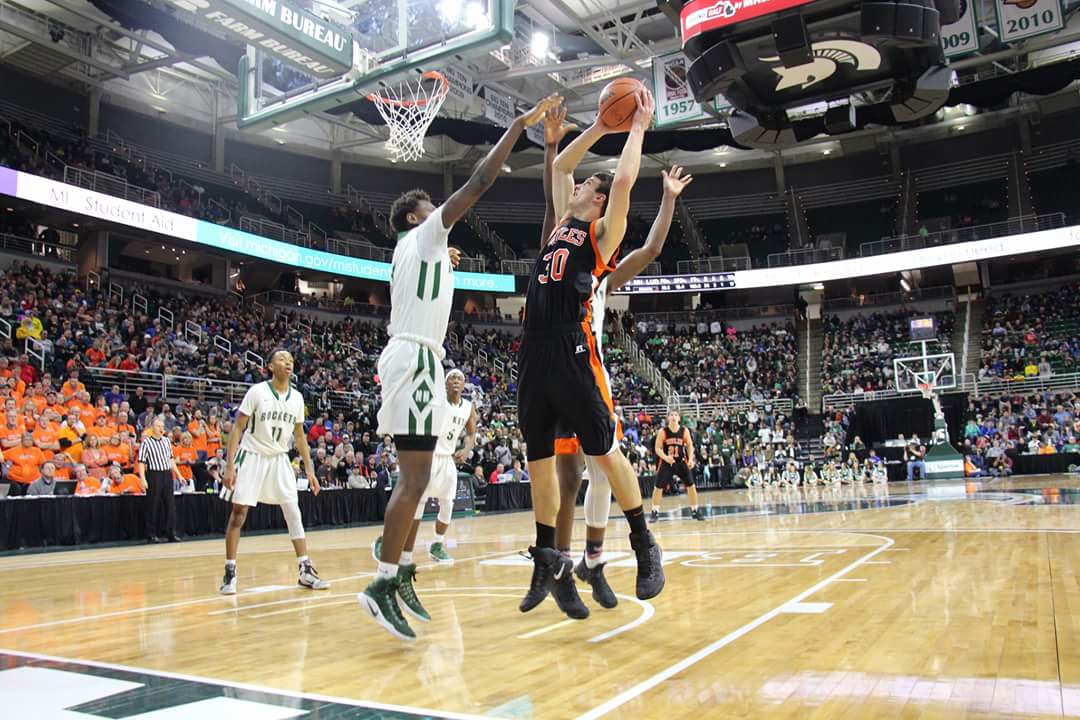 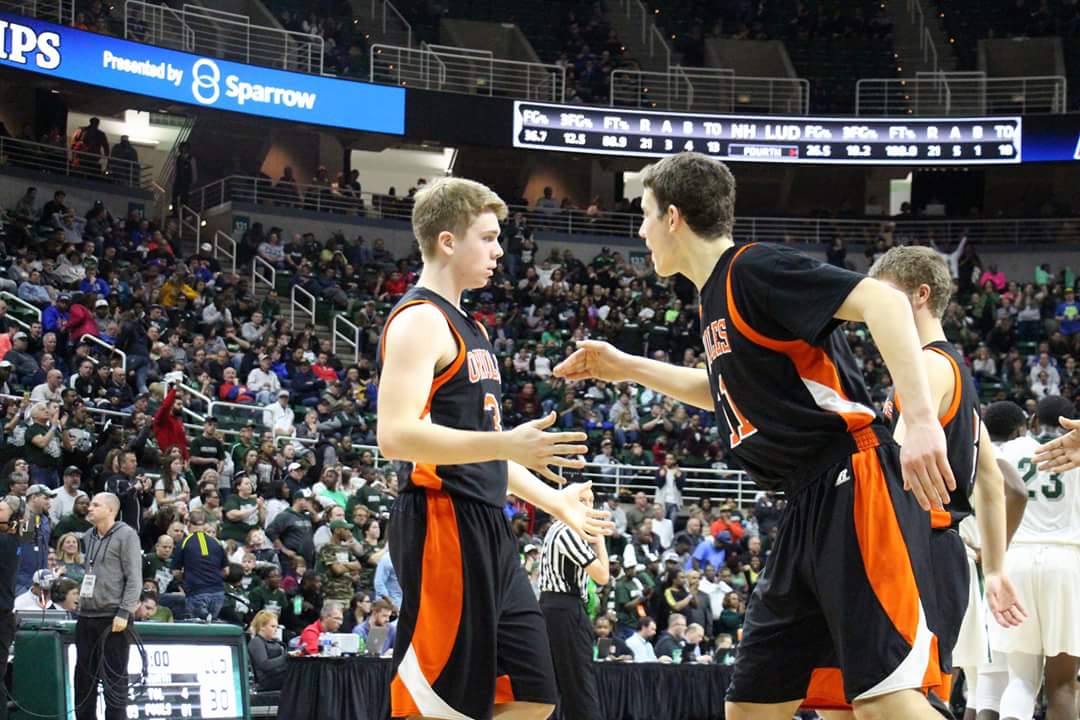 Joshua Bandstra gives a high five to Will Sadler after a New Haven timeout. Photo/Jason Goorman 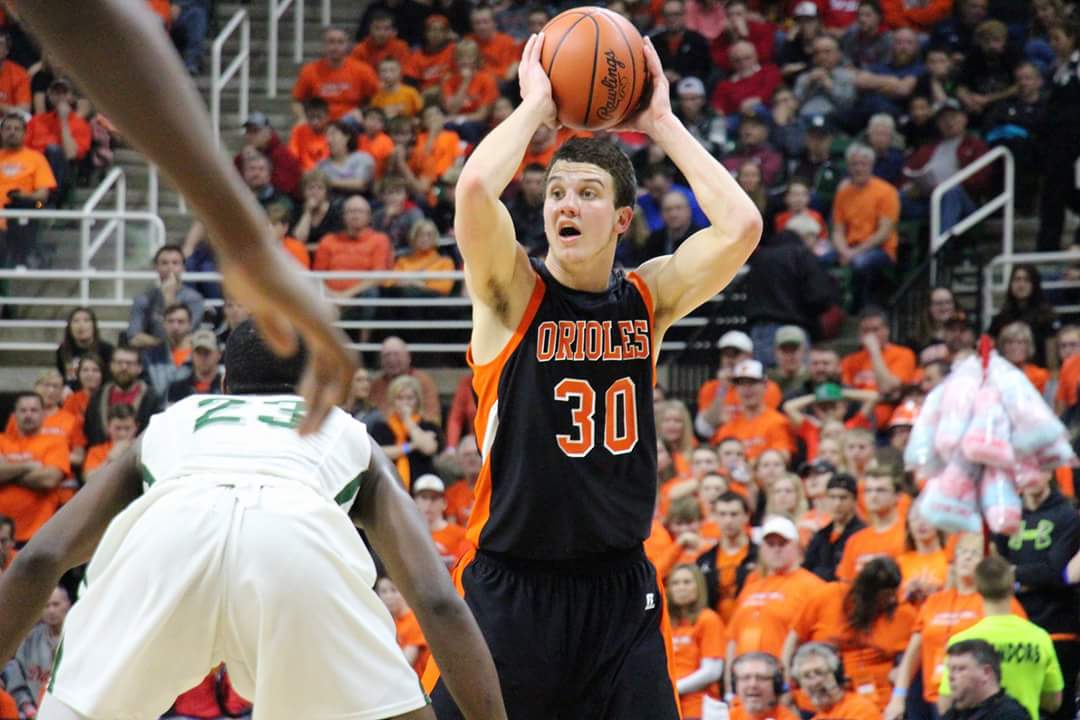 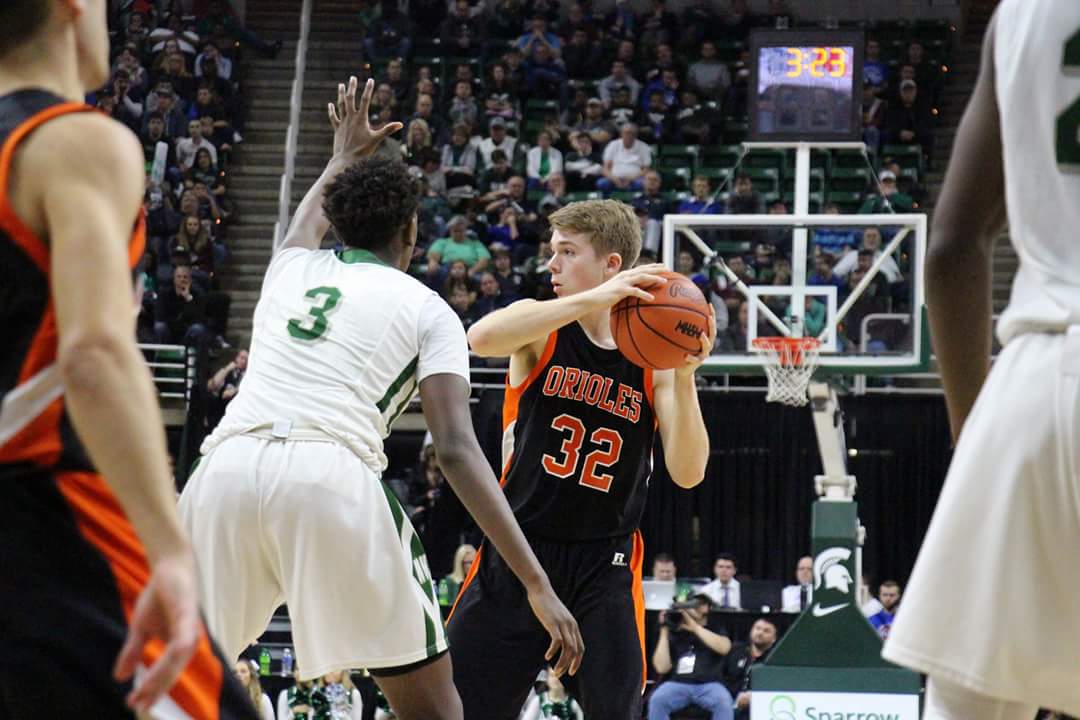 Ludington junior center Will Sadler looks for the open man from the top of the key. Photo/Jason Goorman 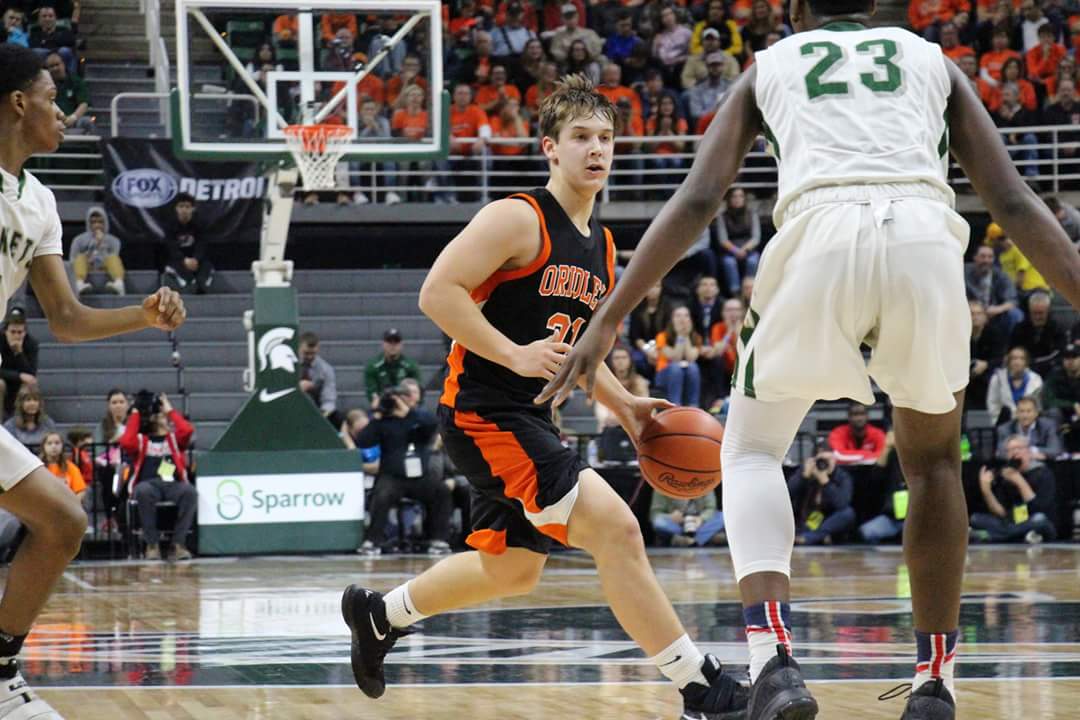 Calvin Hackert looks for the seams between the New Haven defense. Photo/Jason Goorman