Lumberjacks hold on for a 4-3 win over Fargo, can clinch a playoff berth on Saturday

MUSKEGON – An important victory almost slipped away from the Muskegon Lumberjacks on Friday night.

Muskegon, which had a four-goal advantage late in the third period, gave up three unanswered goals during the final

But the Lumberjacks managed to hang on to the lead and defeat the Fargo Force 4-3 at L.C. Walker Arena in front of 2,339 fans.

“Sometimes you got to learn the hard way,” said Lumberjacks Coach John LaFontaine. “You have to finish teams off and defend better. We gave up way too many shots during the third period.

“But it was a good win. That’s a tough team over there that’s desperate, and we have to be just as desperate tomorrow.”

The Lumberjacks will host Forgo again on Saturday night, looking for the series sweep. Game time is 7:15 p.m. 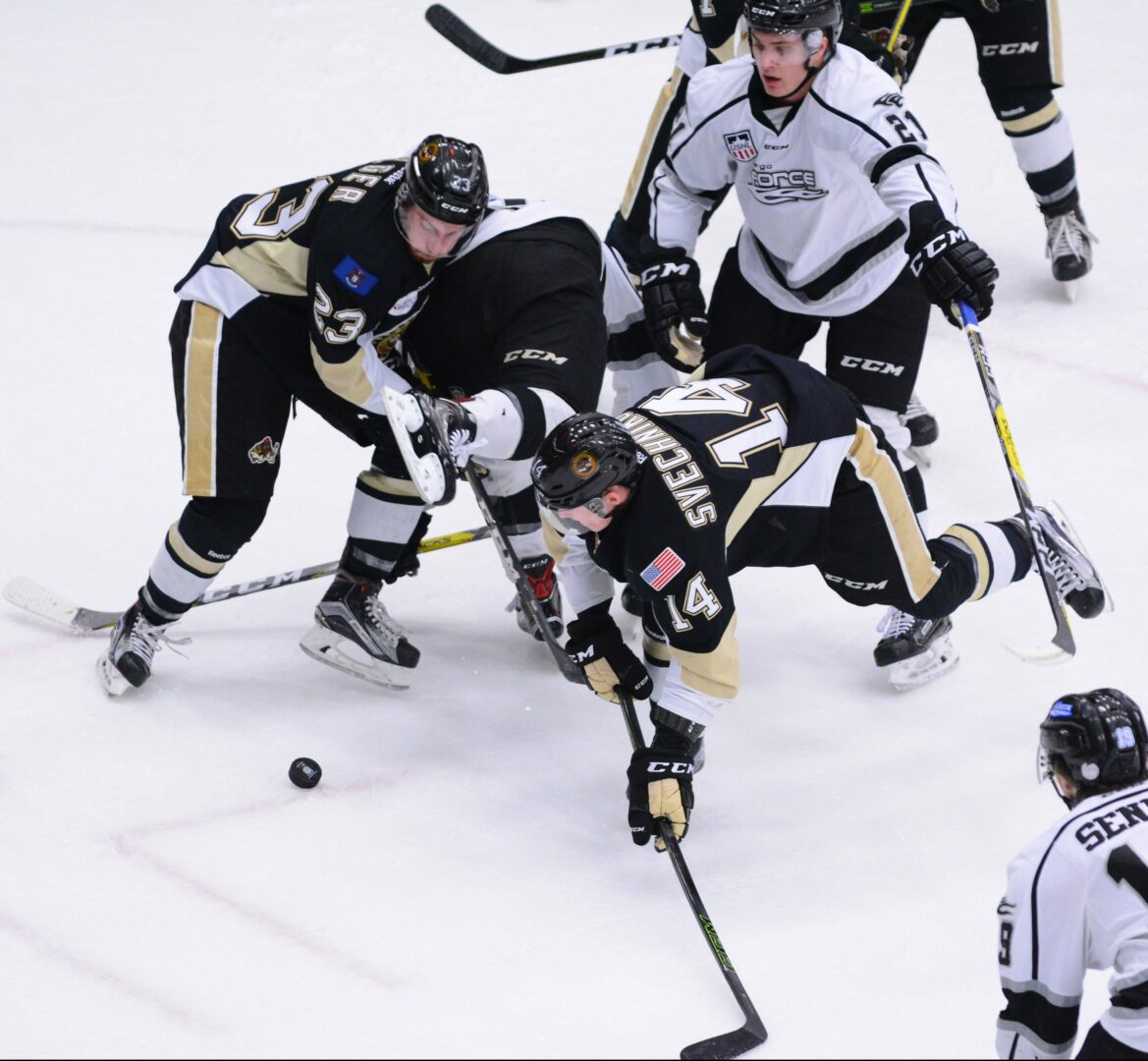 Anrei Svechnikov gets tripped up chasing the puck for Muskegon while No. 23 Austin Alger looks to pick up the loose puck. Photo/Marc Hoeksema

Muskegon has won three straight games and six of its last seven. The Lumberjacks are now 34-17-4 on the season, good for 72 points and second place in the USHL’s Eastern Conference.

They are one point behind Chicago for first place in the Eastern Conference and can clinch a playoff berth on Saturday with a win and a Green Bay Gamblers loss.

Keith Petruzzelli picked up the win in net for the Lumberjacks, stopping 42 of 45 shots.

Andrei Svechnikov was the first star of the game for Muskegon, scoring two goals on the night. He now has a team-leading 28 on the season.

Keeghan Howdeshell, Collin Adams and Austin Alger had two assists for the Lumberjacks.

Muskegon opened the scoring at 2:48 of the first period on a tick-tack-toe tally from Bo Hanson.

Svechnikov scored a power play goal at 5:37 of the second period to give the Jacks a 2-0 lead. 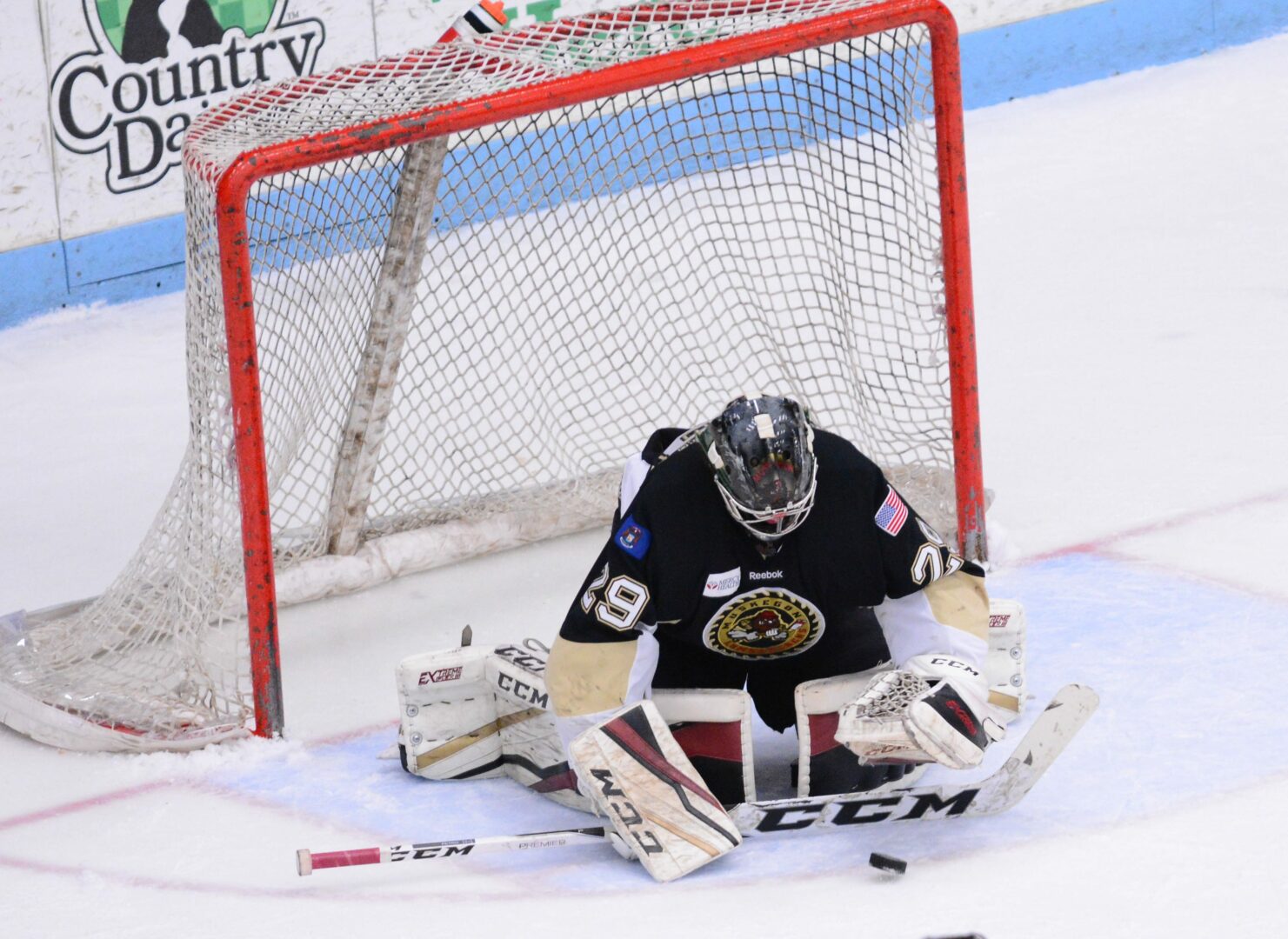 Anthony Del Gaizo added a goal for Muskegon when he knocked in his own rebound at the 10:28 mark of the second period to give Muskegon a 3-0 edge.

Svechnikov scored his second goal of the contest at 2:22 of the third period to put the Jacks up by four.

The Force got on the scoreboard with a goal from Blake Lizotte at the 14:46 mark of the third period.

Fargo added two more goals, from Jack Adams at the 17:19 mark and Hank Crone with 1:33 left, to make things interesting.

Fargo pulled goaltender Ryan Bischel late in the conctest to gain an extra skater, but failed to score the equalizer.