MUSKEGON – For Miguel Flores, this winter has been a dream come true.

He’s competing in a sport he’s been playing since the age of four, in front of thousands of hometown fans.

home games at L.C. Walker Arena, where the team has been averaging nearly 1,500 fans in their inaugural season in the Premier Arena Soccer League (PASL).

“I’ve never played in front of that many people,” said Flores, a former Muskegon High School and Muskegon Community College star who leads the Risers in goal scoring this season. “I love to see it. And I love playing for my home town.”

The Risers have had their ups and downs during their first season in the PASL, sporting a 2-2-2 record, but still have a chance to earn a share of a division title and capture a berth in the league’s national tournament.

They will close out their regular season this weekend with crucial home games on Friday against Waza Flo Premier and Saturday against the Cincinnati Swerve. Both games start at 7 p.m.

Friday’s game will be preceded by a carnival on the arena concourse, and followed by a second game (for the same $5 ticket price) between Waza Flo and Cincinnati. 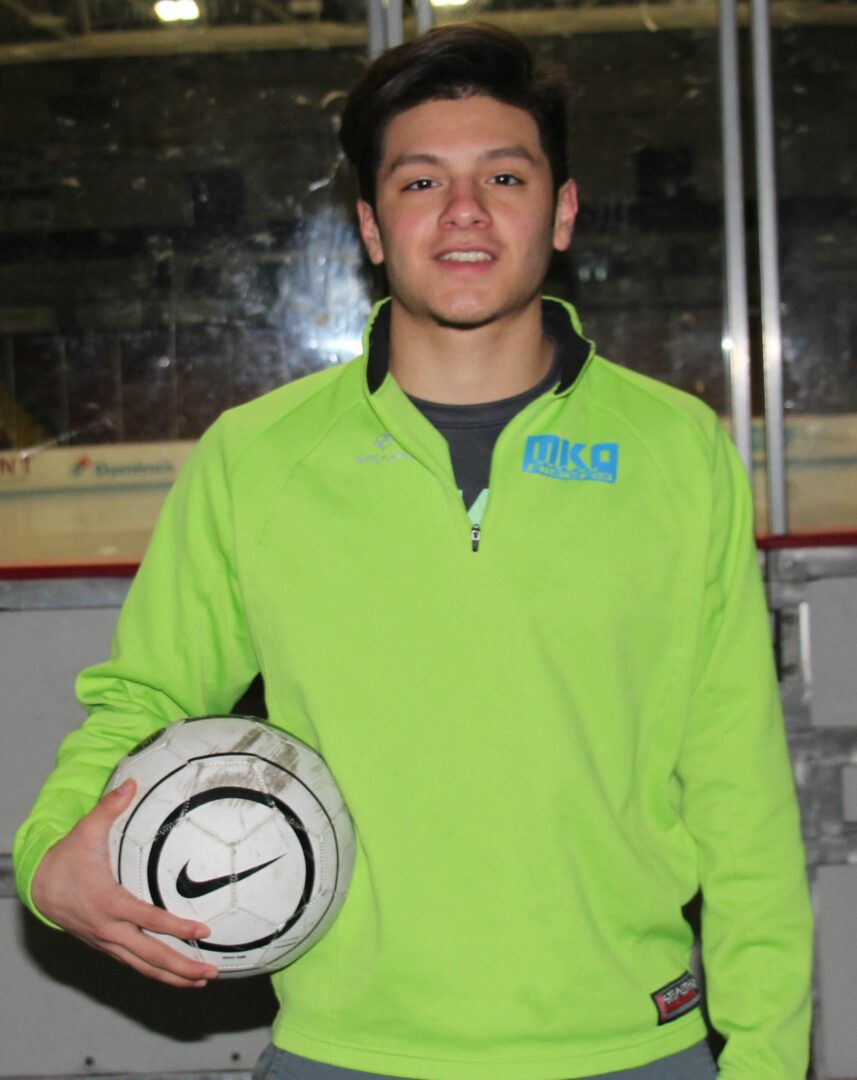 Risers fans have already learned to anticipate highlight-reel plays from Flores, who wows the crowd with his ball-handling, speed, athleticism and powerful shot.

He demonstrated his skills in the Risers’ first game in the PASL, a 4-4 tie with Waza Flo Premier in January. The Risers trailed 3-0 at halftime before roaring back in the second half. Flores led the exciting comeback with a pair of goals.

The following night, against Youngstown, Flores scored the first goal in the Risers’ 4-0 victory, their first as an indoor team.

He had a huge night a few weeks later in Cleveland, scoring four goals in a Risers loss.

Flores leads the team with nine goals and is second with three assists.

“He’s just got a rifle of a shot,” said Risers Coach Ben Ritsema, who also coached Flores for two seasons at Muskegon Community College. “He’s very creative and he’s able to use his ball handling to create.

“That creativity, it keeps people on the edge of their seats. It’s like, ‘What is Miguel going to do next?’ He’s got a lot in his repertoire.”

Flores said he doesn’t try to be flashy on the field – it’s just the way he’s comfortable playing the game.

“I don’t try to take all these out-of-the-norm shots,” he said about some of his bicycle kicks and scissor kicks on goal. “It’s just that I’ve been practicing all of them since I was little, so I’m just kind of used to it.”

While Flores gets most of his attention for his offensive exploits, he’s also a skilled defensive player, which is critical in the high-scoring PASL. 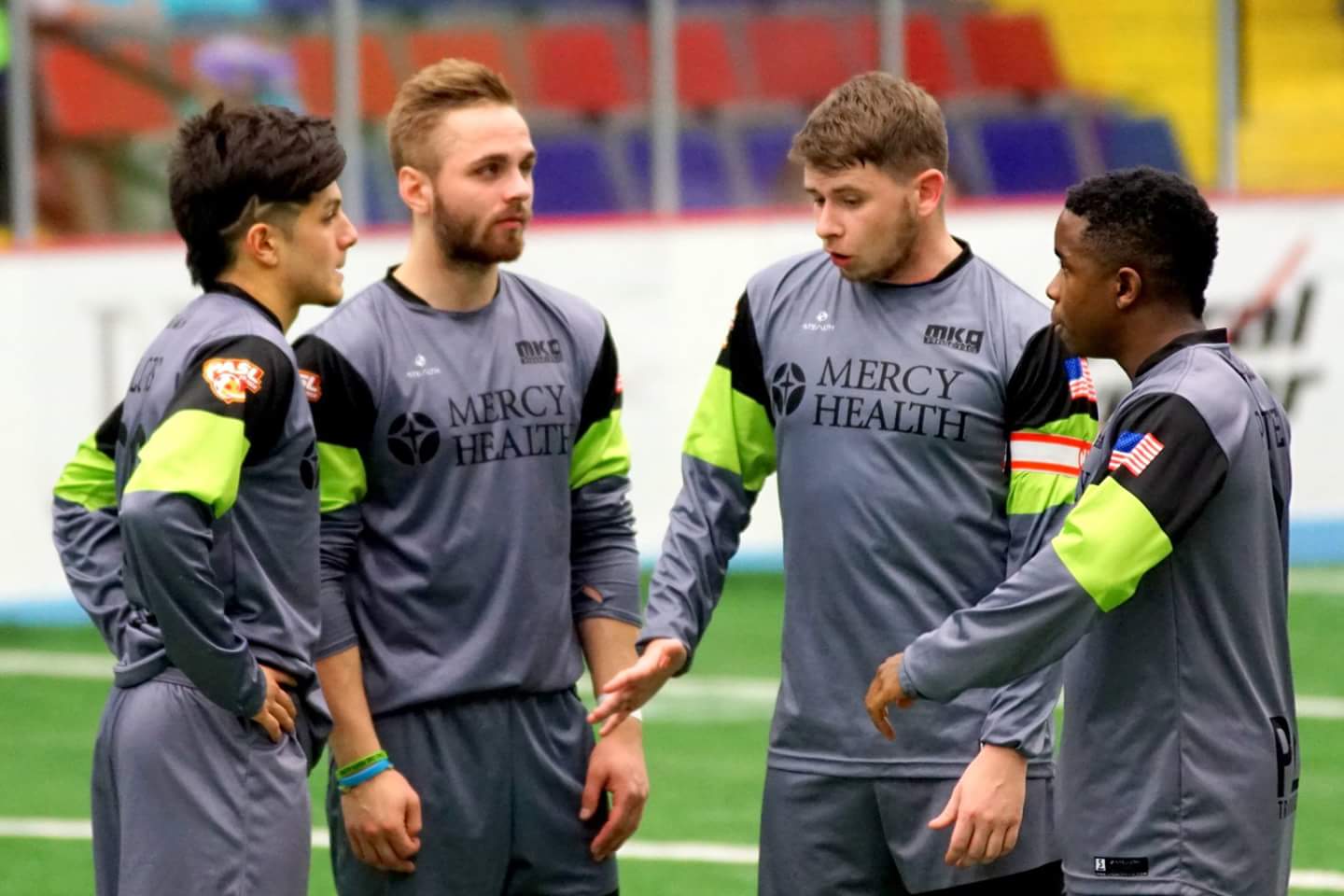 “In indoor soccer, there’s a lot more one-versus-one matchups and a lot more offense, which means goalkeepers are really important as well as your defense,” Ritsema said. “As short as the fields are, everyone has to play defense. You really have to be a great two-way player. And one of the best in the Muskegon area is Miguel Flores.”

Flores grew up playing travel soccer. He transferred to Muskegon High School from Waypoint Academy charter school in Muskegon during his sophomore season because the school didn’t have a soccer program.

He instantly turned the Big Reds program around, scoring over 20 goals during both his junior and senior seasons.

He continued his soccer career with Ritsema at MCC. As a freshman he led the team with 13 goals and five assists. Last fall he did the same with eight goals and 10 assists.

Flores said Ritsema urged him to join the Risers this season to stay in shape during the winter months, and gain some recognition from college coaches and pro scouts.

The PASL serves as a feeder league for the Major Arena Soccer League, and Ritsema hopes some Muskegon area players like Flores get an opportunity to reach that league or beyond.

Flores said there has been a learning curve competing in the PASL, since he was relatively new to indoor soccer before this winter. The biggest change, he said, has been the substitution patterns.

“The game is very fast-paced, so you’re going all out, all the time,” said Flores, who added that he expects to be playing outdoor college soccer somewhere this fall. “You’re taking very short shifts, which has been an adjustment.”

The Risers roster consists of players from colleges and universities throughout the nation, as well as several foreign countries, so it has taken some time for the team to mesh, according to Flores.

“With everyone being relatively new to this team, it’s been kind of difficult getting used to everyone’s style,” Flores said. “But we’re coming together as a team. And having that atmosphere at home games, with so many fans supporting us, it’s been amazing.”

Ritsema said the Risers have big stakes in their remaining two home games. They are currently in third place in the PASL’s Great Lakes Division with eight points. Cleveland leads the division with 14 points, while Cincinnati is in second with 12 points.

Teams get three points in the standings for wins and one point for ties.

If the Risers take care of business on Friday and Saturday, and the division leaders struggle, they could still sneak into the league’s national tournament, which is slated for later this month.

“There are six division winners that advance to the national tournament, plus they select two at-large teams,” Ritsema explained. “If things go in our favor and we’re able to tie for the division title, we could get in the field. We’re going to go out there and work our tails off and whatever happens, happens.” 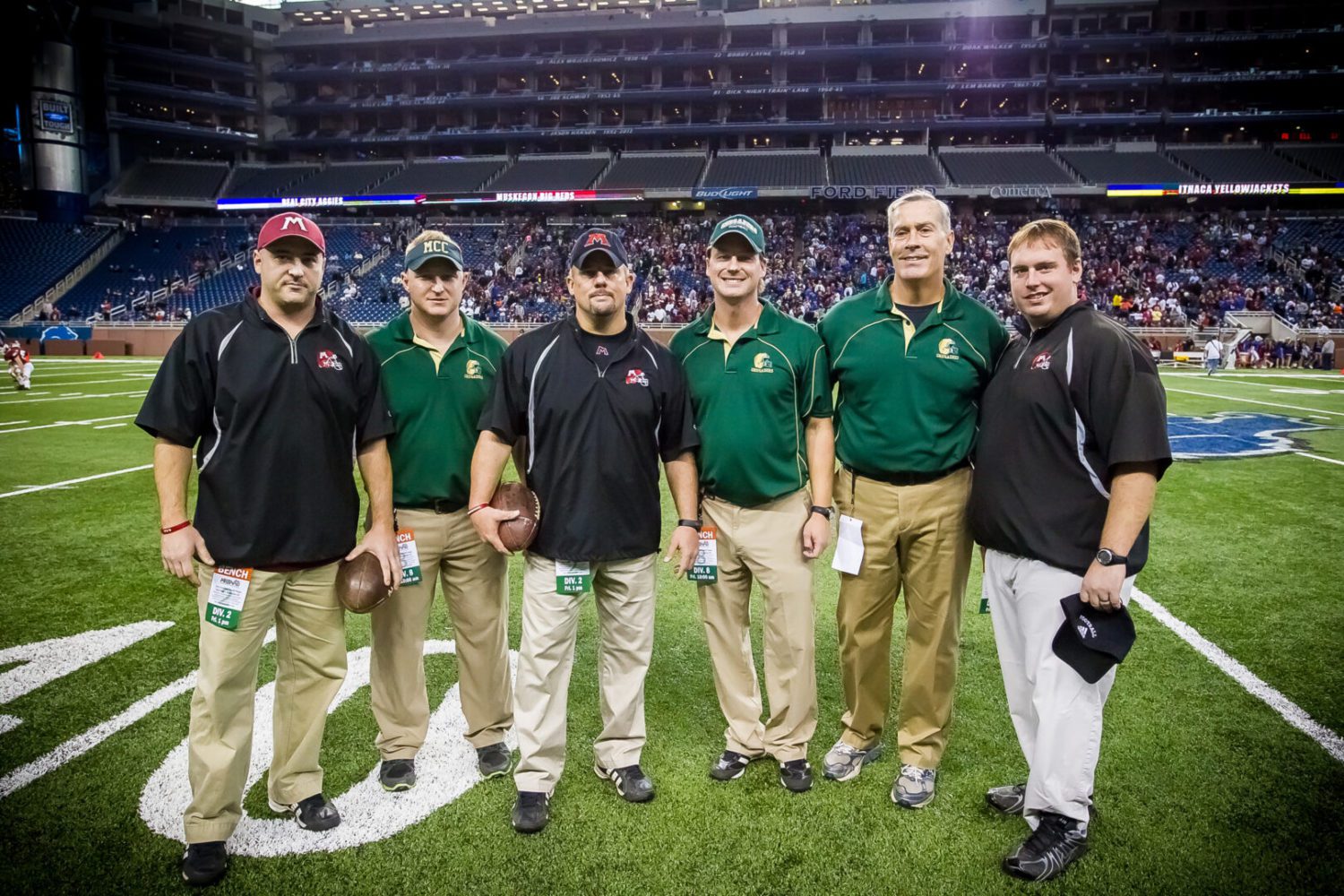