MUSKEGON TOWNSHIP – As close as they were to seeing their outstanding season end in a one-point scare on Wednesday, the Mona Shores Sailors girl’s basketball team made a resounding statement on Friday.

The Sailors captured their third straight Class A district championship in their third matchup this season against bitter rival Reeths-Puffer, capturing a 50-42 triumph on the Rockets’ home court in a game that wasn’t as close as the score indicated. 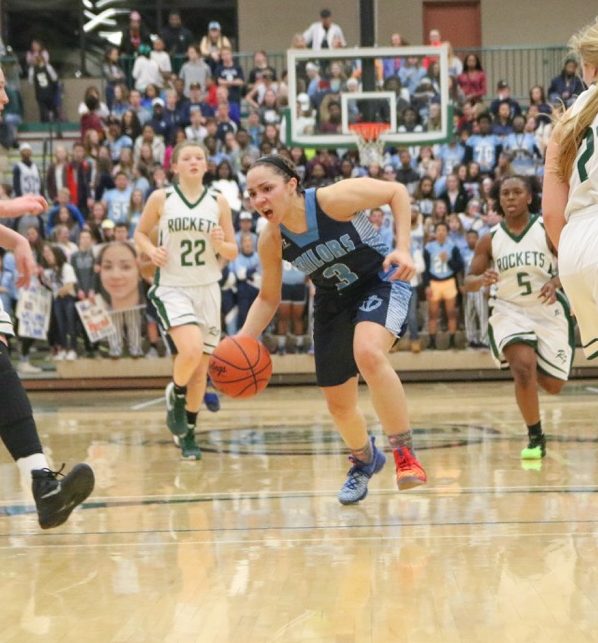 Alyza Winston pushes the ball up the floor for Mona Shores. Photo/Joe Lane

The Sailors trailed 3-2 early in the first quarter, but never again, eventually building a 17-point lead in the fourth quarter behind a stifling zone defense that contested Rocket shots and forced several crucial turnovers.

Mona Shores Coach Brad Kurth said the Sailors decided to go full tilt with a 3-2 zone and occasional trap around the perimeter, which shut down the Rockets’ inside threats and almost dared them to beat the Sailors with outside shooting.

The Rockets tried and failed.

“We executed the game plan perfectly,” Kurth said. “We knew which players we had to shut down and I thought we made every shot they had a difficult, contested one.

“You have to start with defense to win a championship. That’s what we did tonight.” 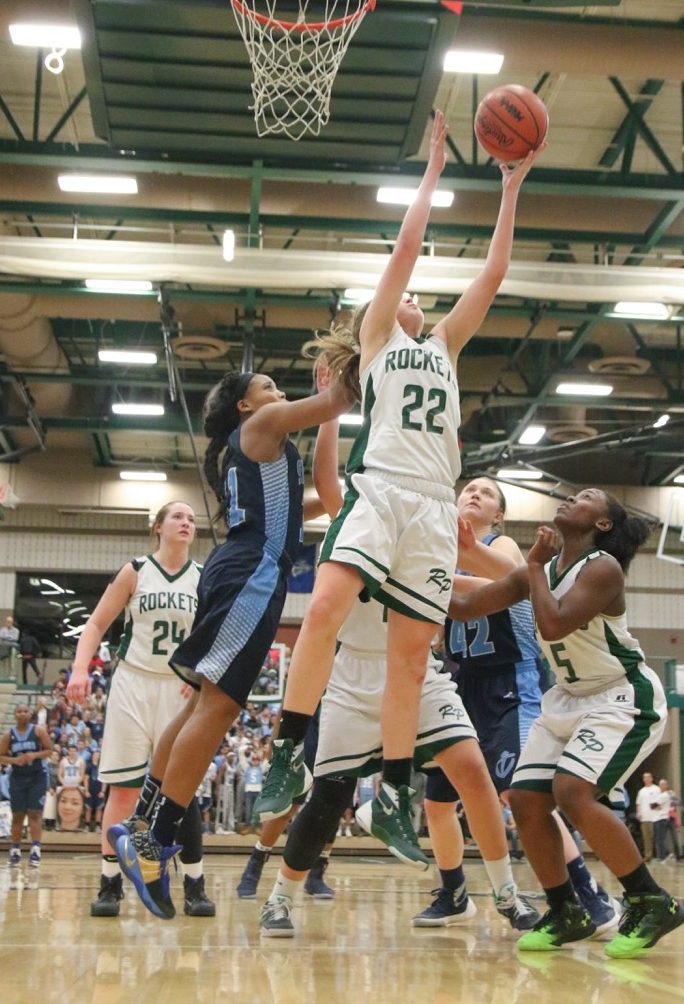 No. 22 Lauren Ross gets up for the RP rebound. Photo/Joe Lane

Mona Shores biggest scorer, Miss Basketball finalist Jordan Walker, had a quiet first half with only six points. But the Sailors still led 23-13 at halftime.

Walker caught fire after the break, scoring the first eight points of the third quarter to give the Sailors a commanding 31-13 lead. She finished with a game-high 21 points.

“I was just off. I wasn’t playing my game,” Walker said about her slow first half. “So I went into the half and prayed about it and came out and it worked.”

Kurth was confident that Walker would respond when the time was right.

“You can’t stop her,” the coach said. “You can slow her down, but she’s going to keep coming.”

Reeths-Puffer Coach Brandon Barry said his team was hoping to make a move after halftime, but Walker interfered with the plan.

“We were feeling comfortable (just being down 10 at the half), but we felt we had to come out and get the first couple of baskets to get them rattled and get momentum back on our side,” Barry said. “But Jordy comes out and catches fire. That was hurtful, to say the least.”

Walker outscored Reeths-Puffer by herself in the third, 11-10, and Mona Shores took a 39-23 lead into the fourth. It would have remained a double-digit lead, but the Sailors struggled badly at the foul line down the stretch, missing their final seven attempts.

Sophomore point guard Alyza Winston scored nine of her 13 points in the first half, helping the Sailors establish their tempo early.

Freshman Lauren Ross added 12 points for the Rockets, who finish the season at 17-5, and missed out on capturing their first district championship since 2005.

“I always feel like we have a chance,” Barry said. “I’m Irish, so I always feel lucky. We missed out on an opportunity tonight, and a lot of that’s to (Mona Shores’) credit. Good teams make you miss out on opportunities.” 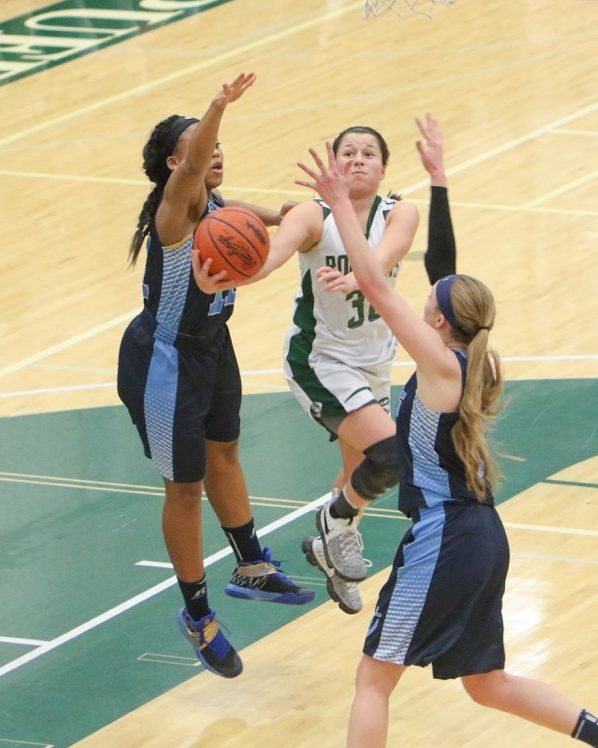 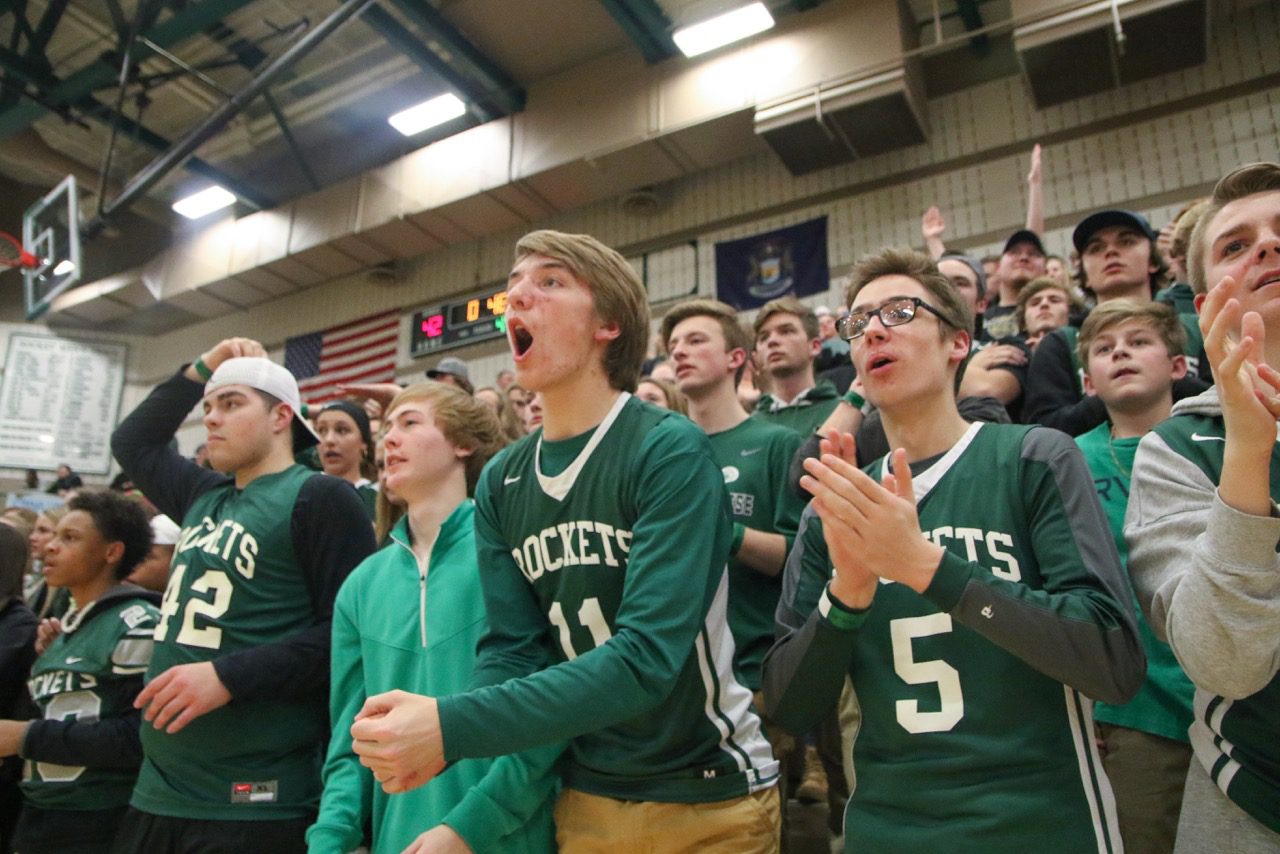 The Reeths-Puffer Rocket students cheer during the game. Photo/Joe Lane 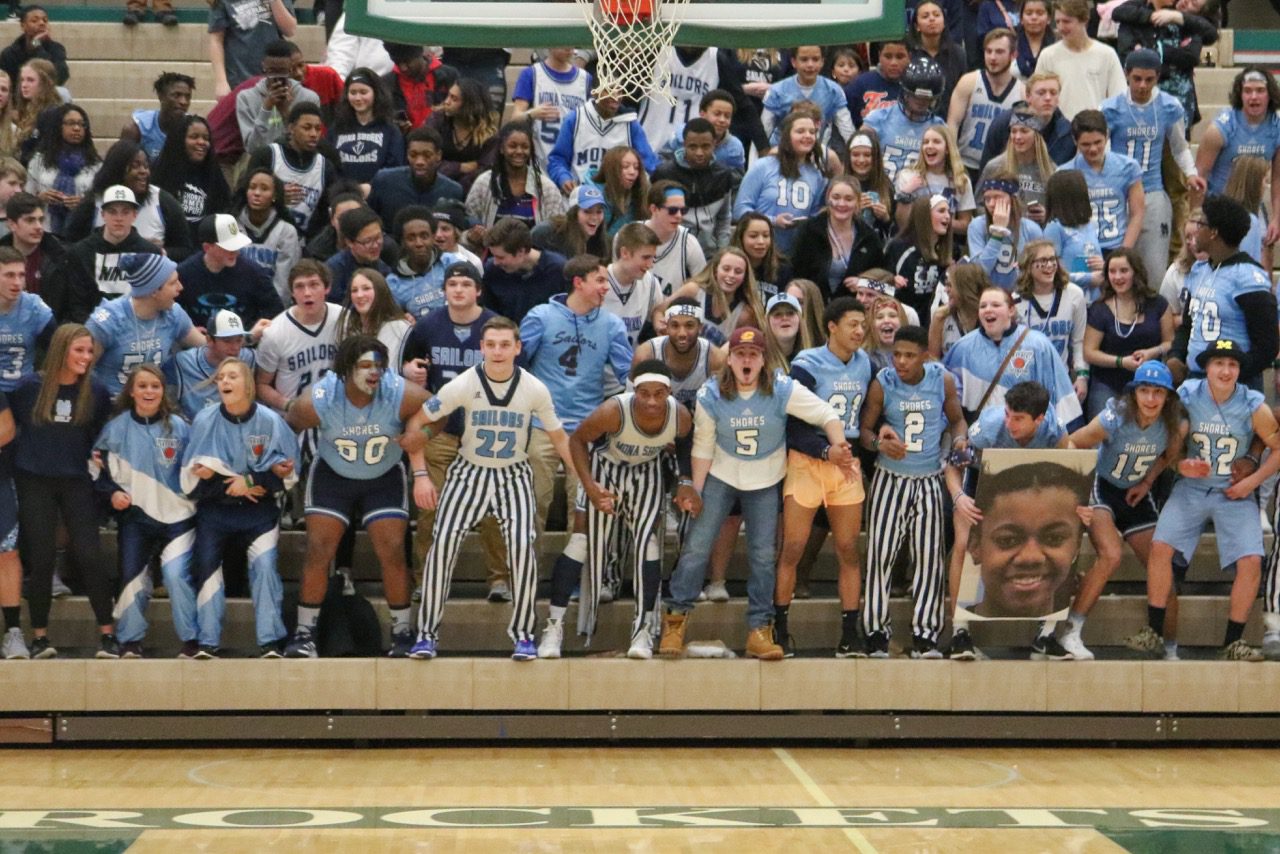 The Mona Shores student section gets amped up. Photo/Joe Lane 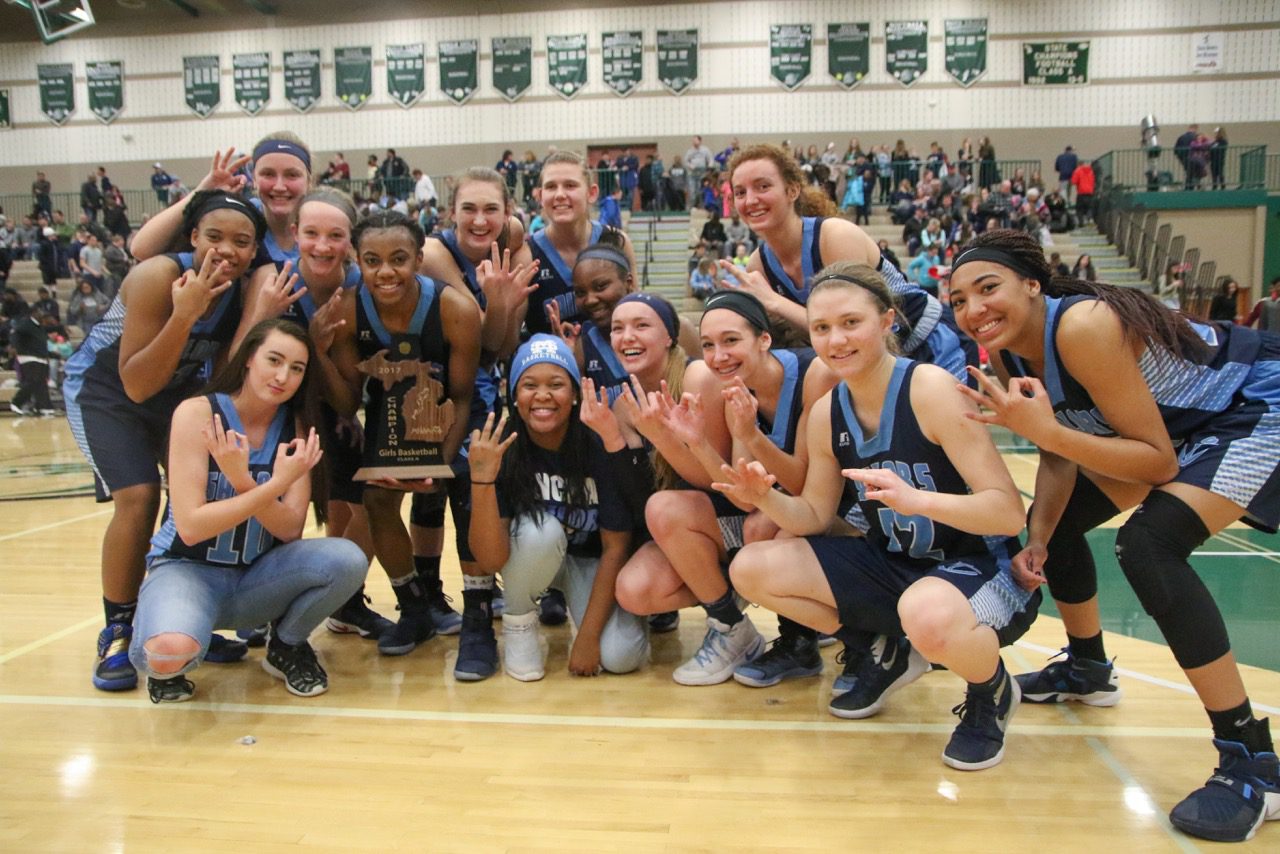 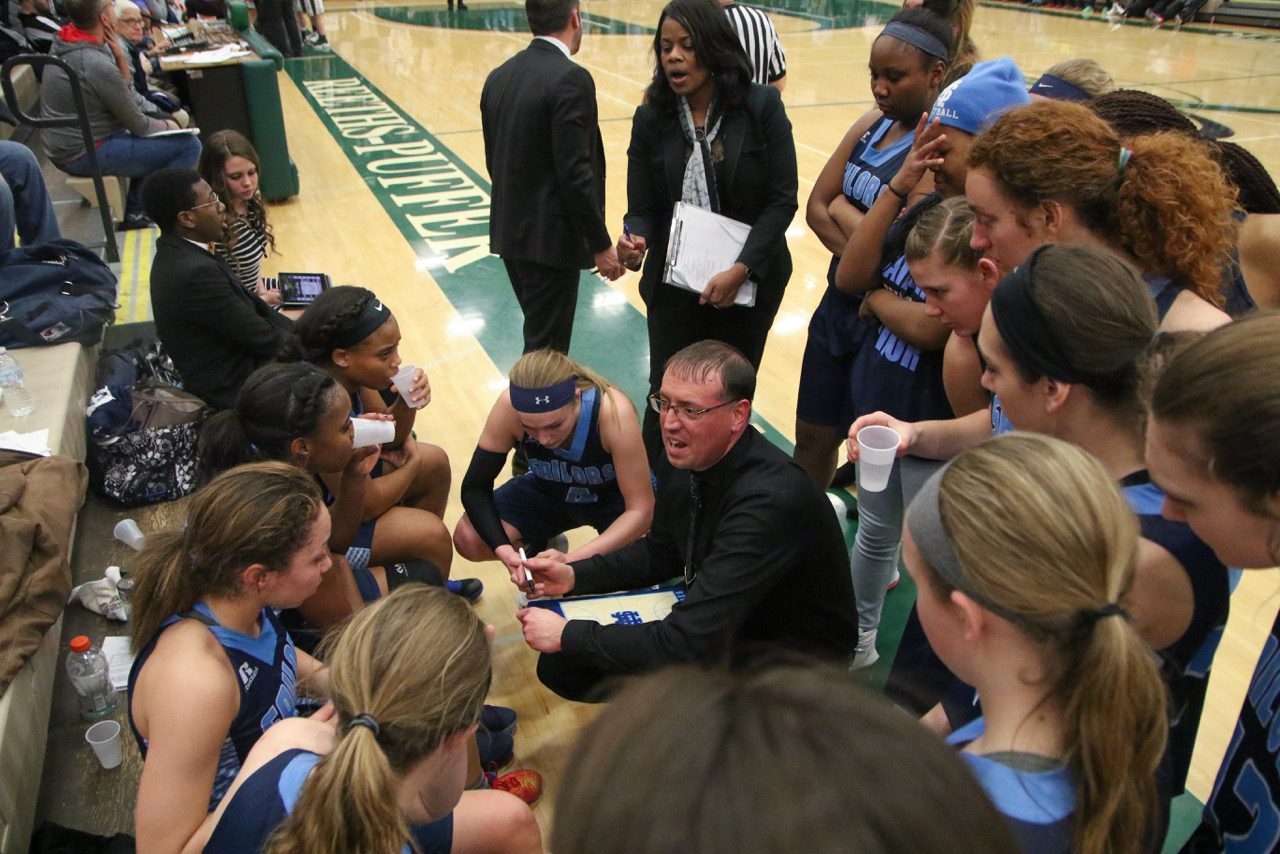 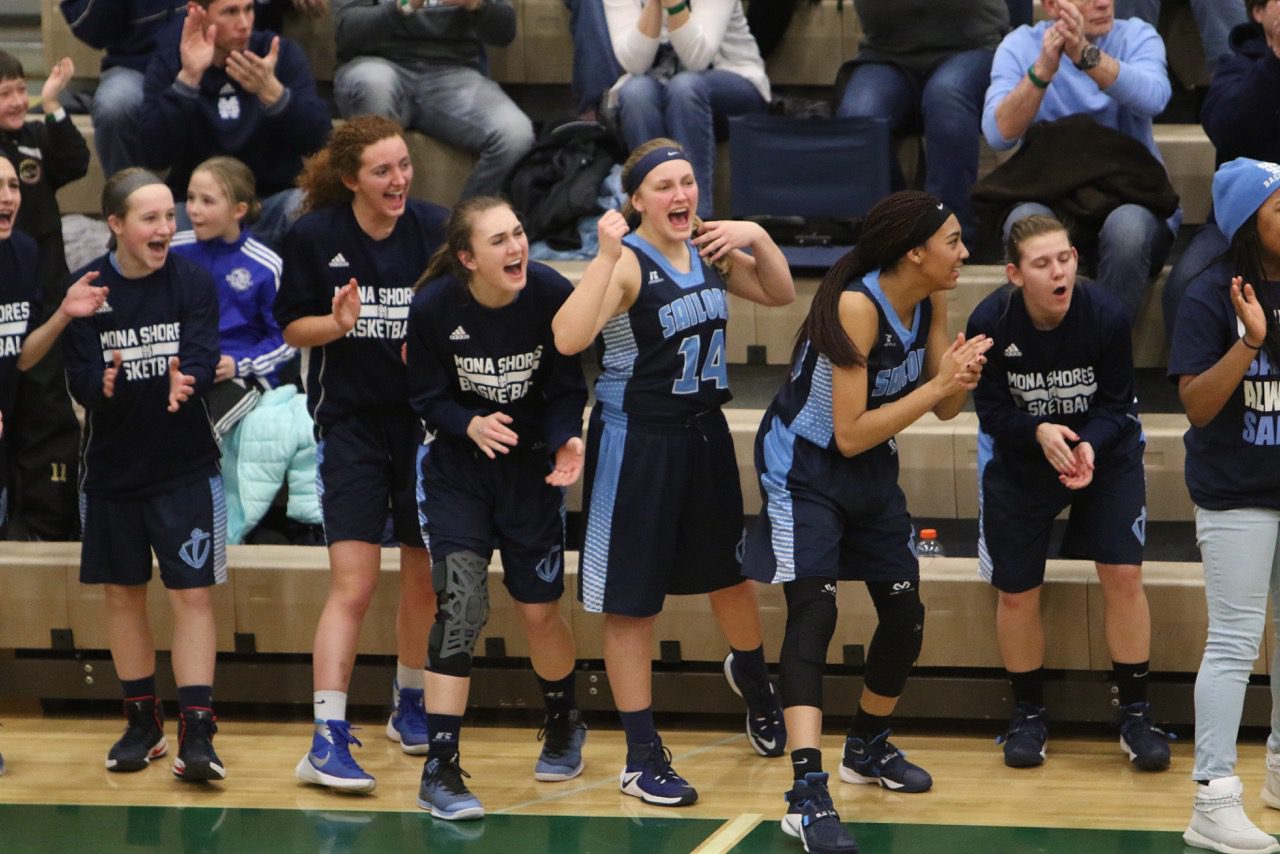