The Mona Shores hockey team used a three-goal first period to shut out Petoskey 5-0 on Thursday night in the Division 2 regional semifinals at the Lakeshore Sports Centre.

Connor Winegar led the Sailors with a goal and two assists. The Sailors advanced to Saturday’s 1 p.m. regional final in Gaylord, where they will face Marquette (17-9-2). 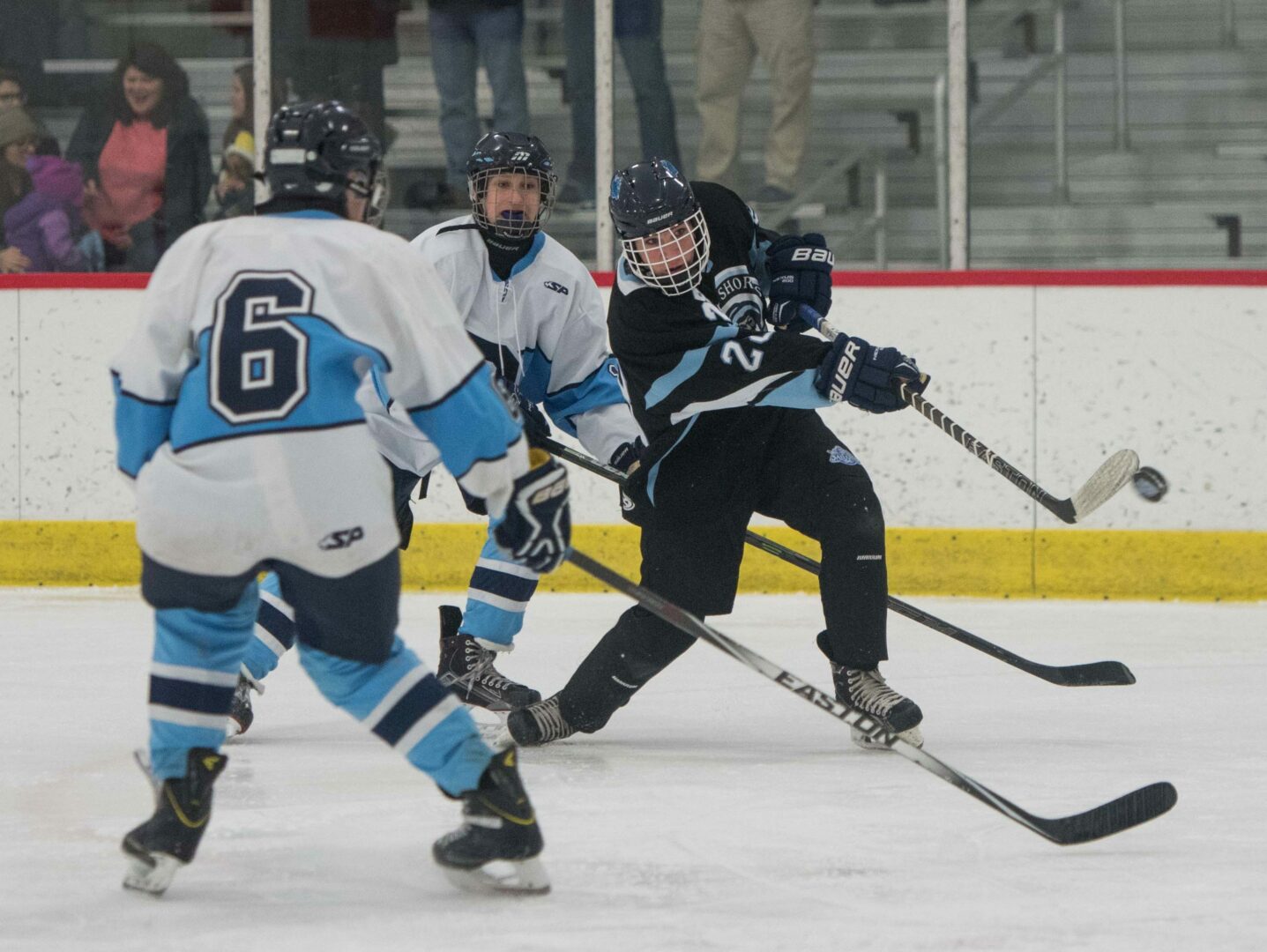 Winegar followed up with a goal of his own late in the period, with an assist from Noah Bathrick, to give the Sailors a 2-0 lead. Martin followed with another goal, with assists from Brandon Ledyard and Tyler LaPorte.

Mona Shores opened the second period with a quick Caleb Boss goal, which was assisted by Winegar. Isaiah Bathrick capped off the Sailor win with a late goal in the second period, with an assist from Ledyard.

In Division 1 regional action, Reeths-Puffer fell to Rockford 8-5. The Rockets finished the season with a 12-14-1 record. 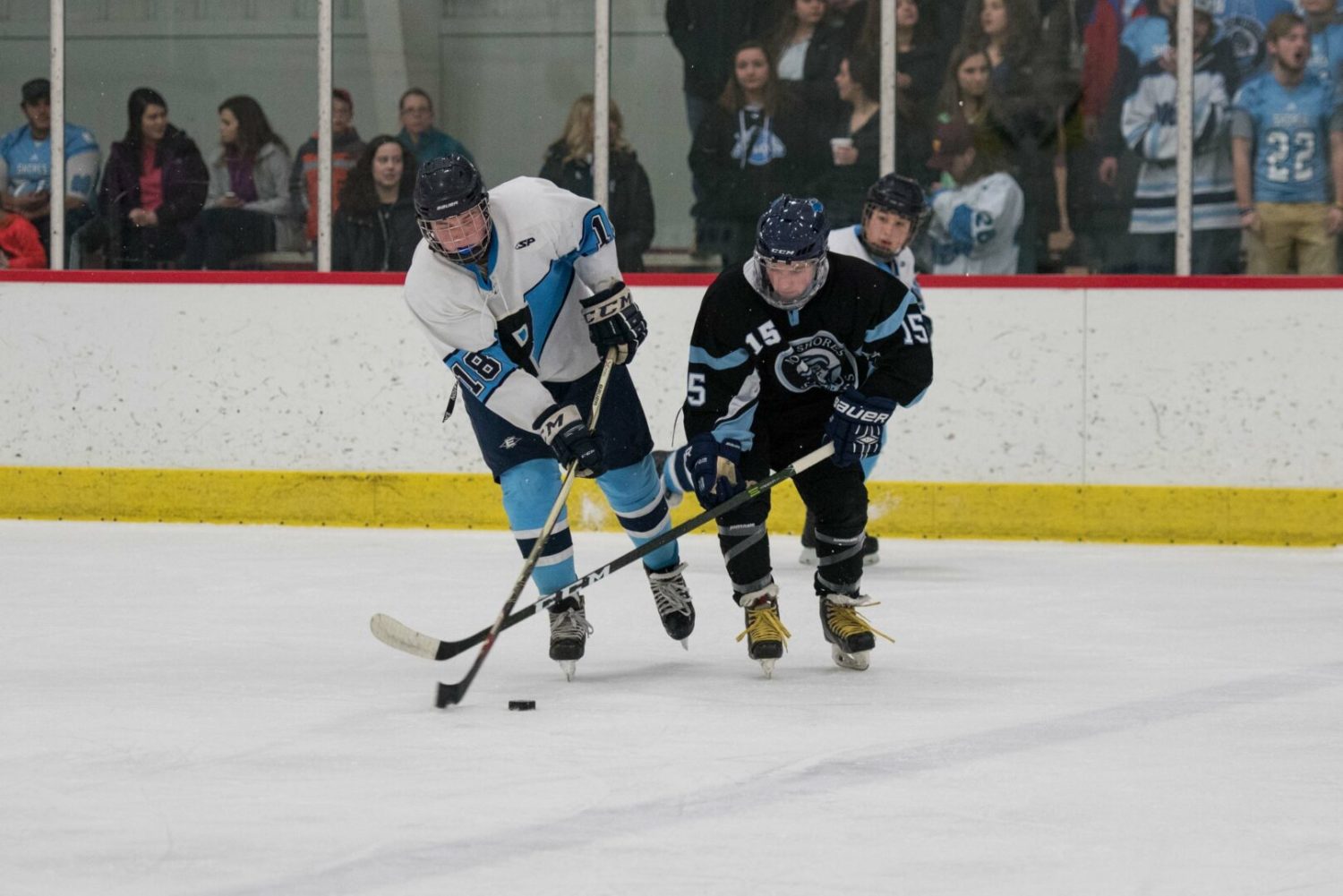 Zac Cuthbertson (24) gets tripped but still gets a shot off from his knees. (photo/Eric Sturr) 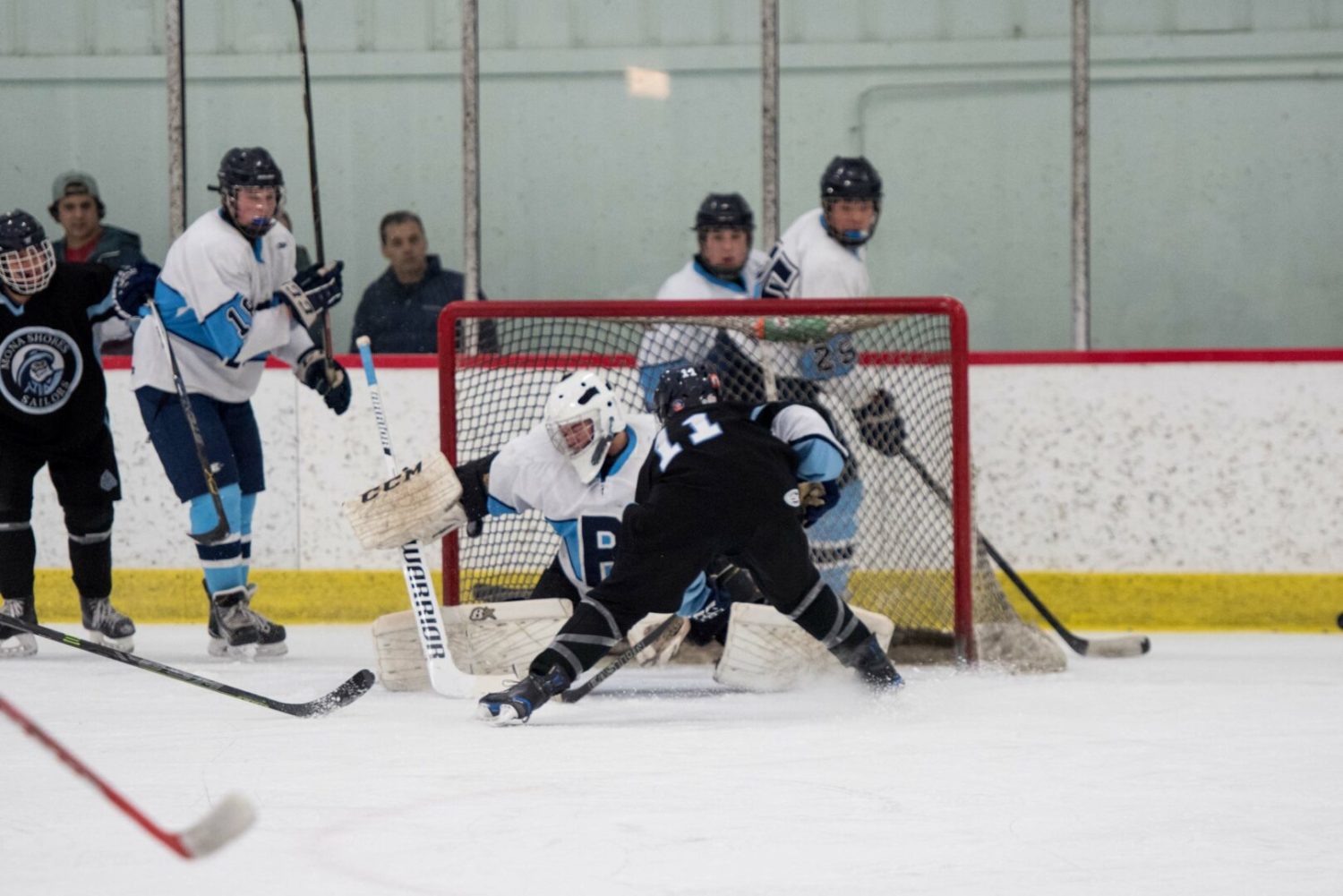 Mona Shores Connor Winegar (11) buries a centering pass from Noah Bathrick to put the Sailors up 2-0 in the first period. (photo/Eric Sturr)

North Muskegon soccer blanks WMC 5-0, but title-hungry Norse were not completely satisfied with their performance

Whitecaps stay alive with a win over Great Lakes, face another must win on Tuesday