MUSKEGON – Good things come to those who wait.

A traffic backup on I-96 stopped the Detroit Waza Flo soccer club from arriving in Muskegon on time on Friday, and

the Muskegon Risers had to wait 40 minutes for their game to start.

That long of a wait could cause some teams to become distracted, but Muskegon remained focused and rolled to an important 8-3 victory at L.C. Walker Arena in front of more than 1,000 happy fans.

Miguel Flores led the way for the Risers with three goals.

The Risers, now 3-2-2 on the season, are in third place in the Premier Arena Soccer League’s Great Lakes Division with one game to go in the regular season. But they still have a chance to slip into the playoffs if they can win on Saturday night.

The Risers will host the Cincinnati Swerve on Saturday at 7 p.m.

“There are some at-large bids (in the league playoff format) and we helped our goal differential tonight,” said Risers head coach Ben Ritsema. “If we win tomorrow, we’re going to be in the conversation for the at-large bid. 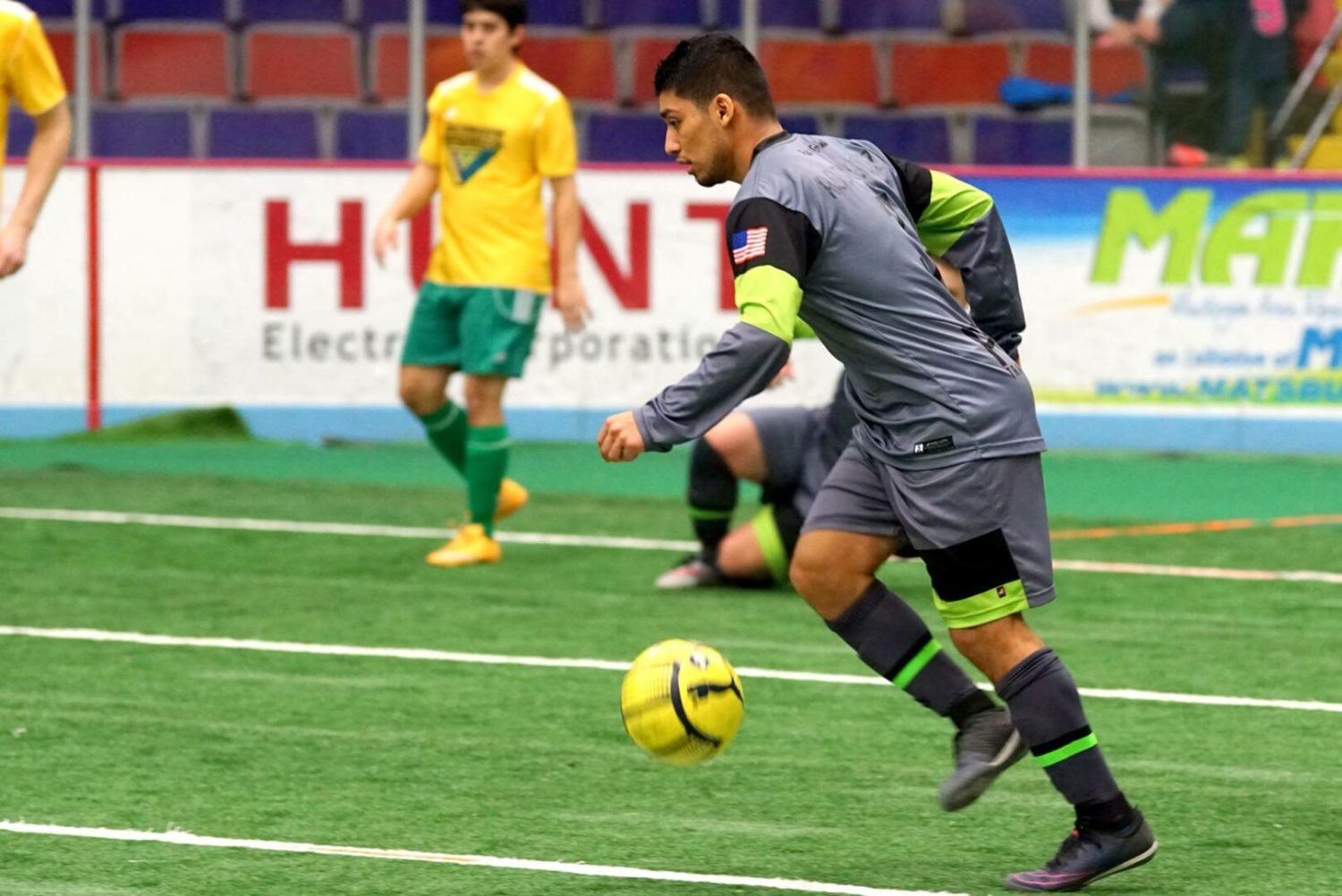 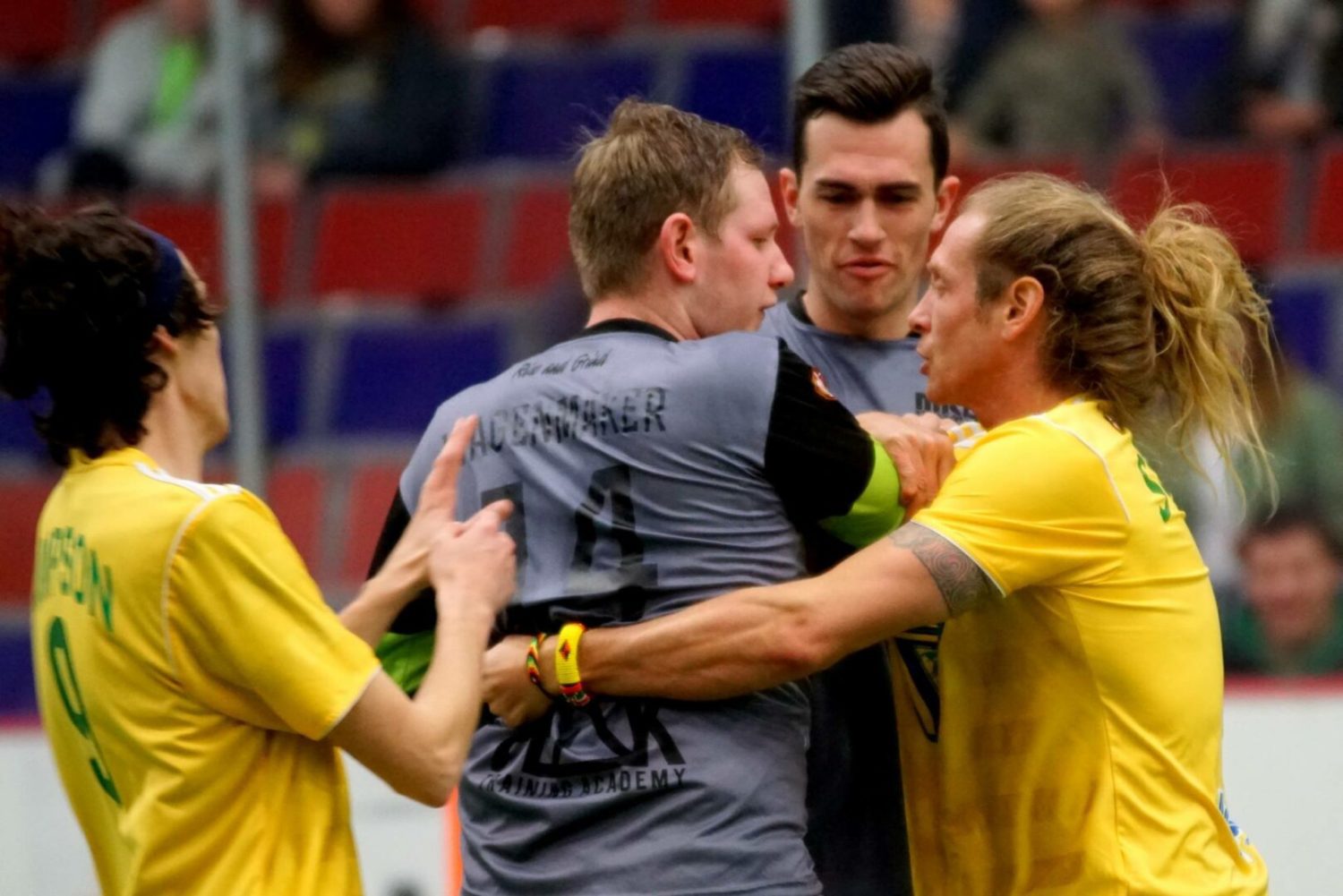 Ryan Wagenmaker gets tangled up by the Waza Flo defense. Photo/Leo Valdez 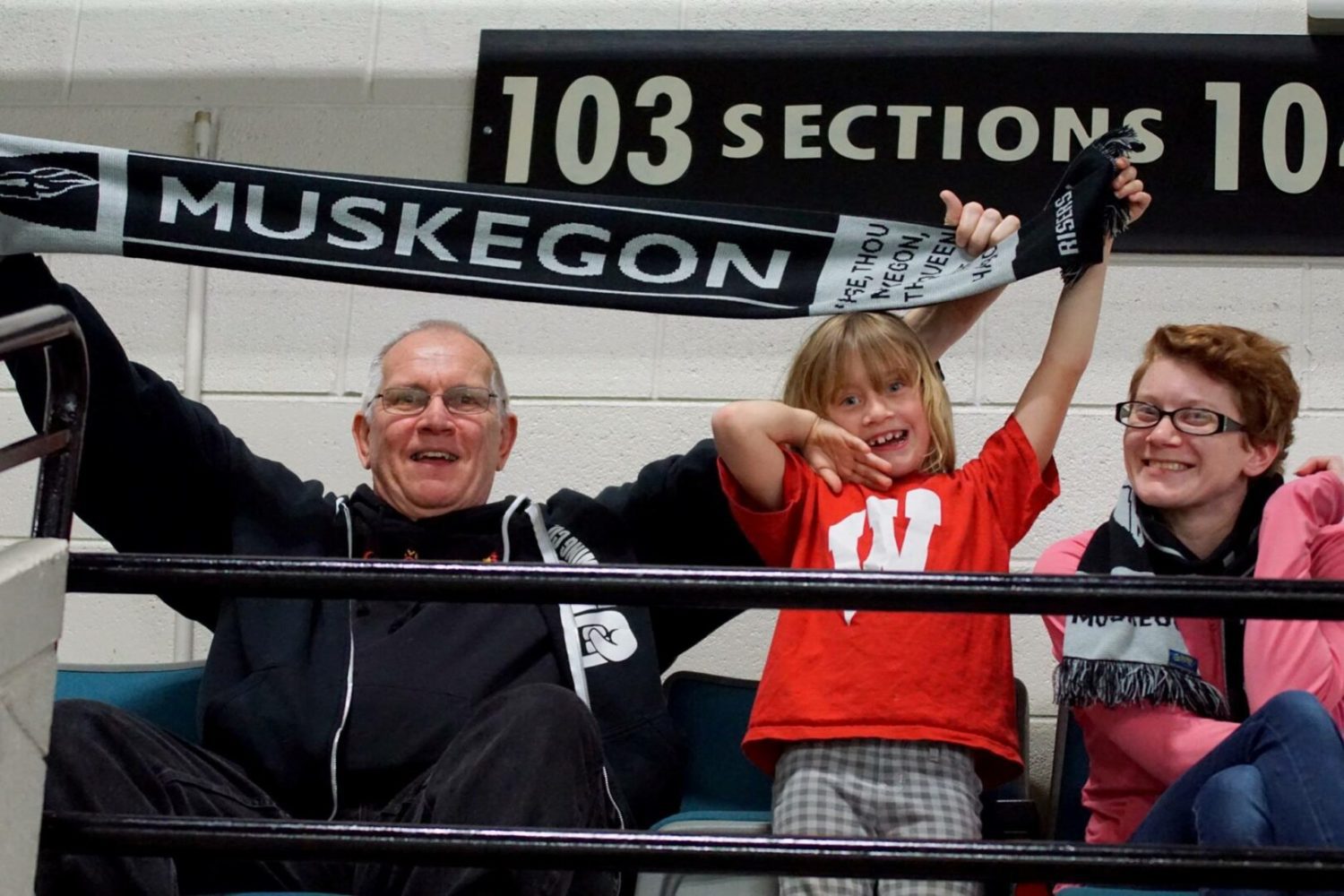 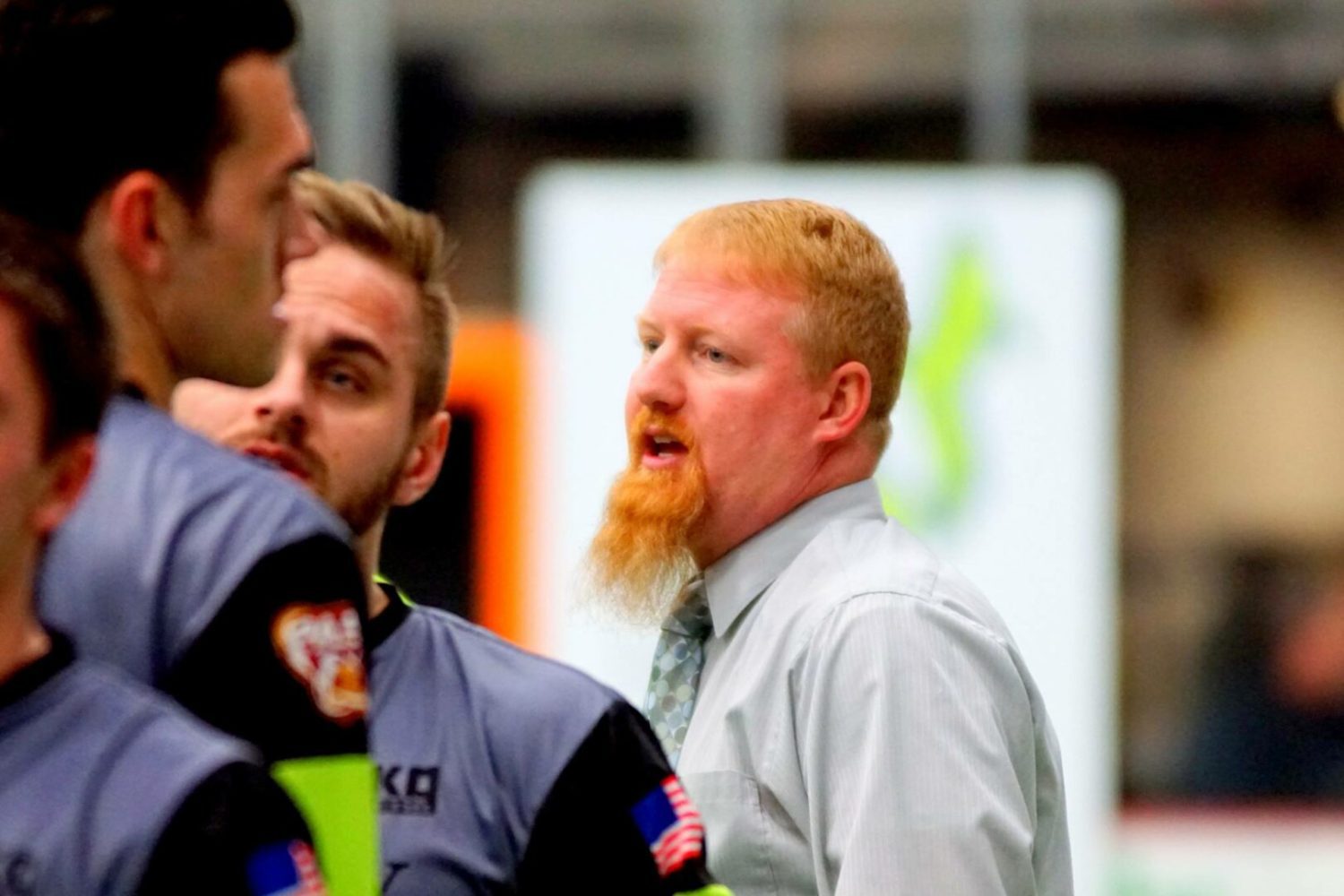 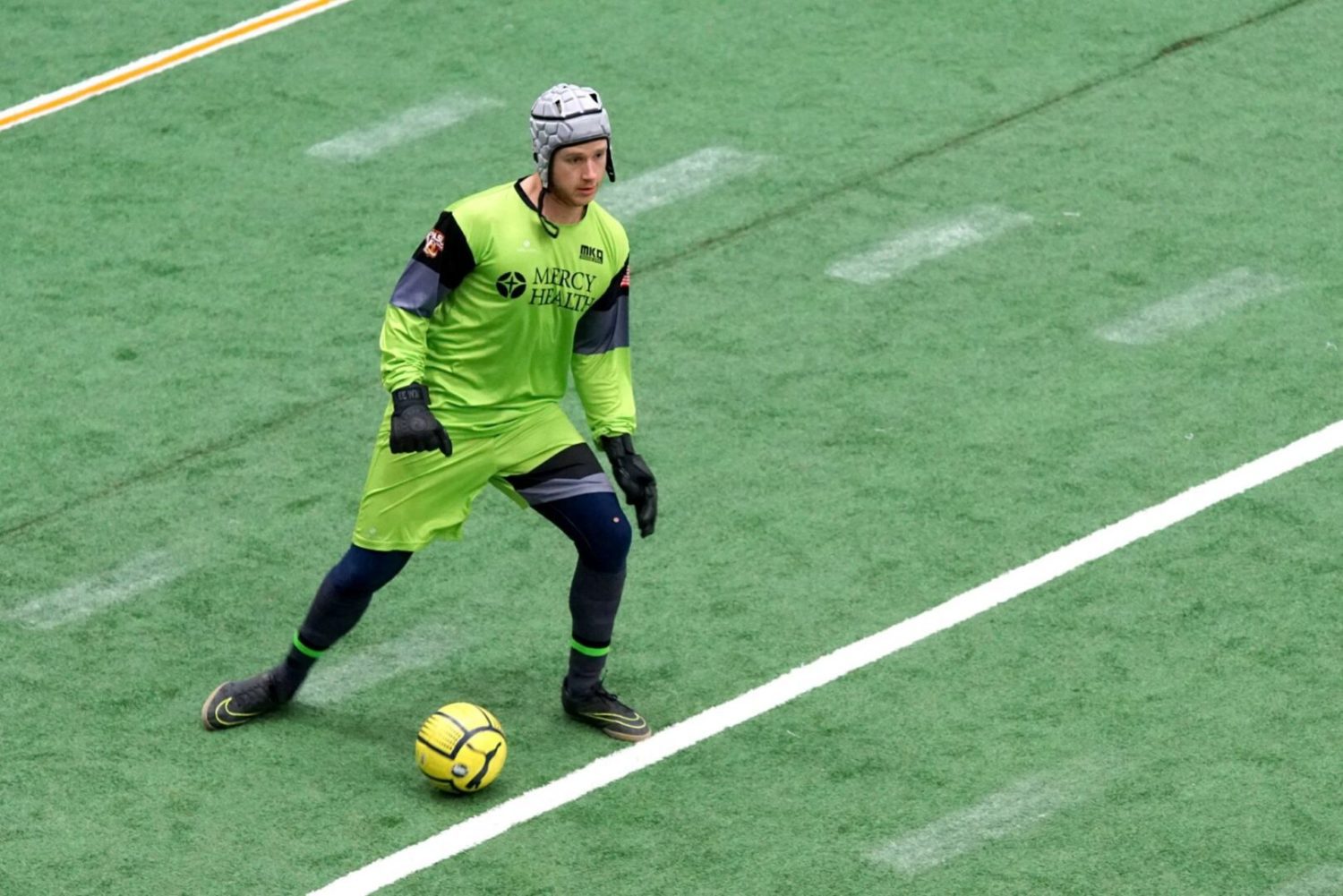 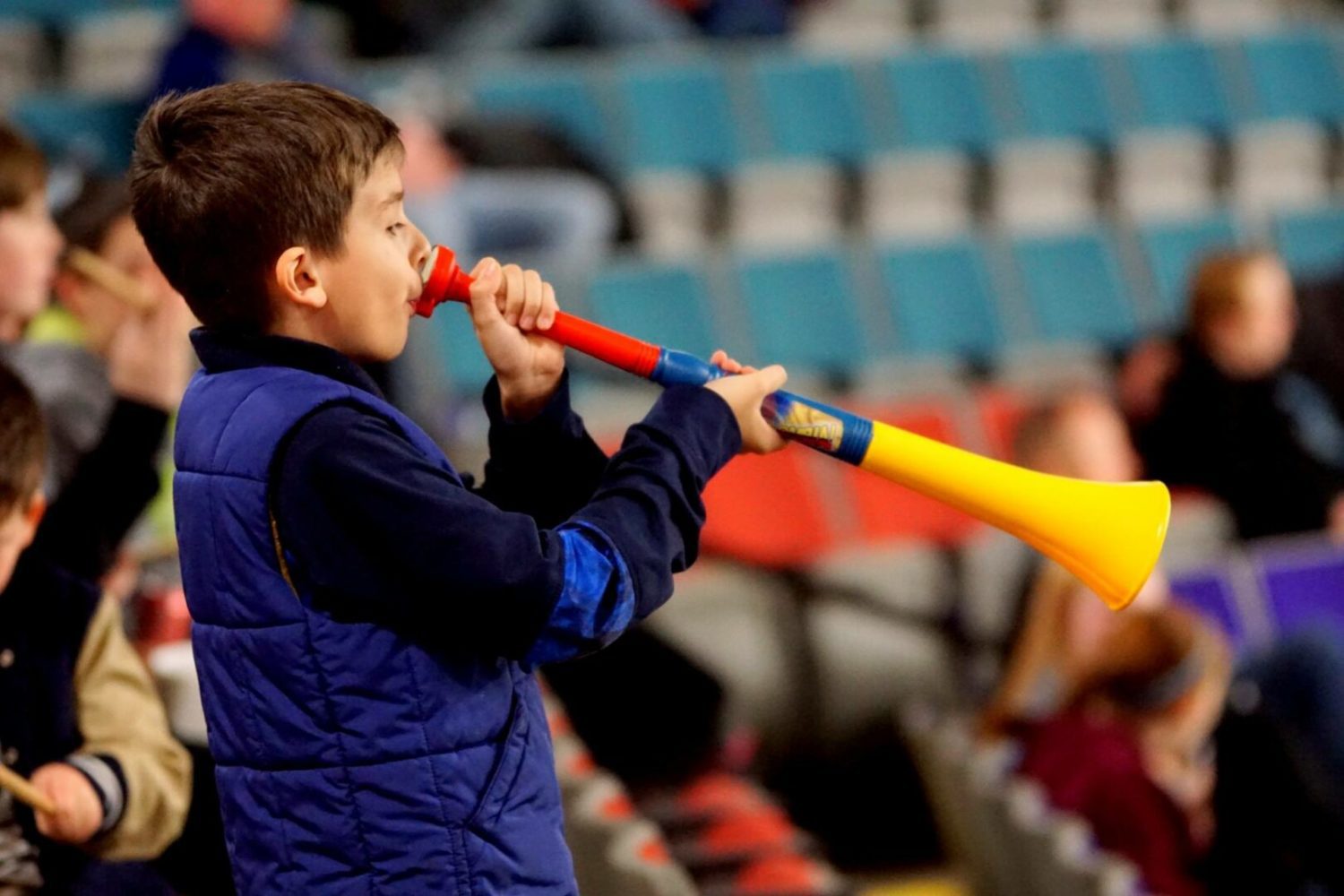 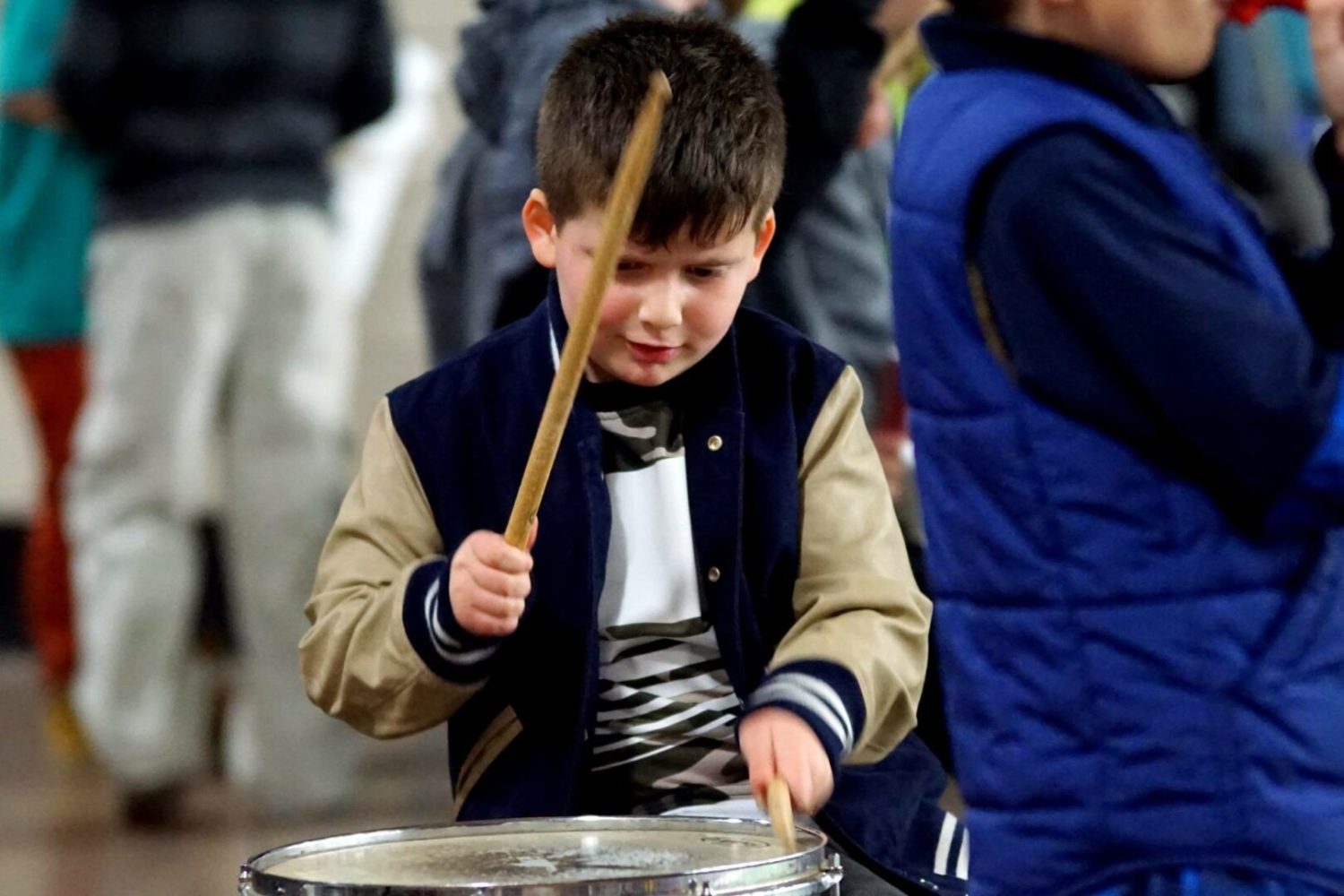 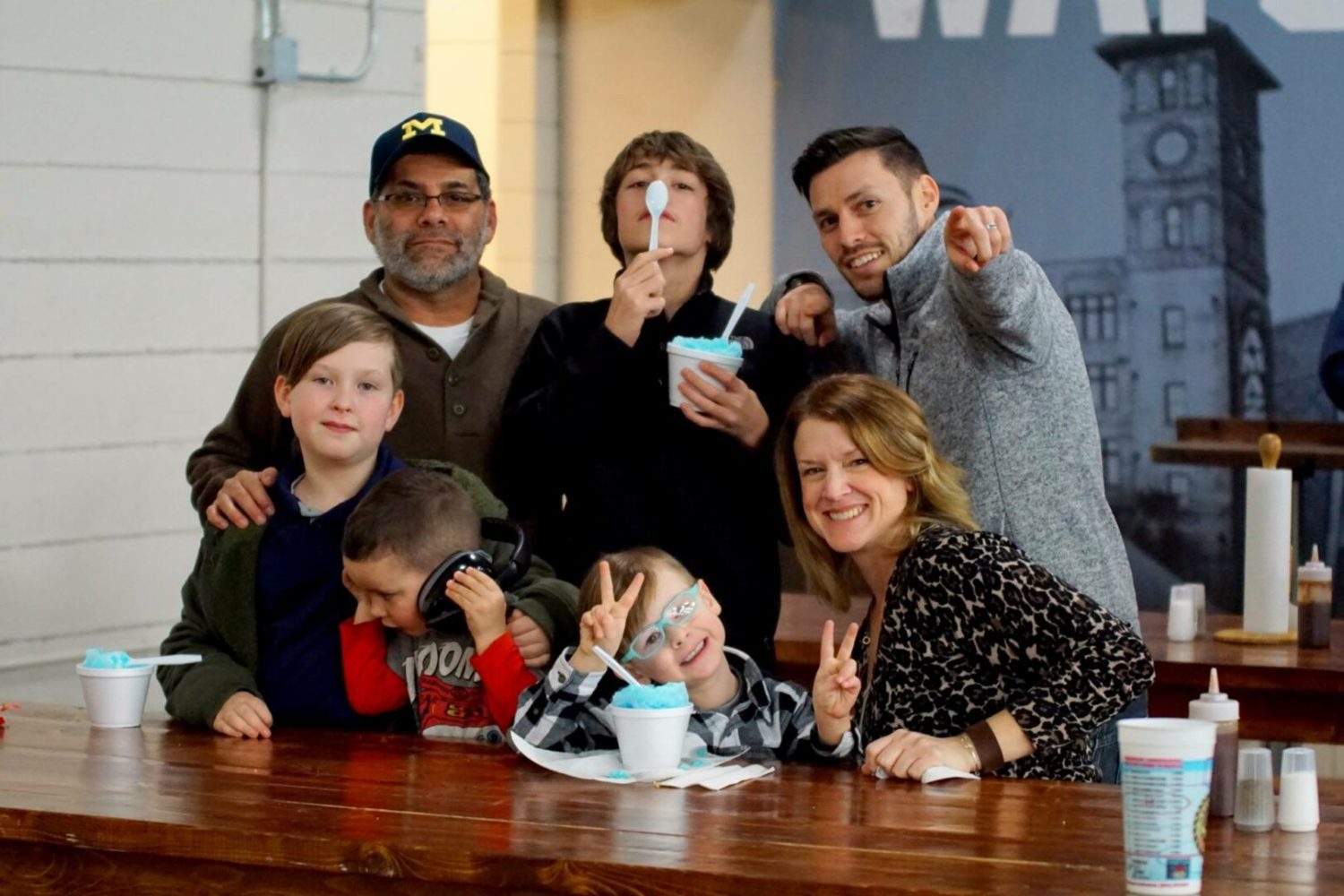 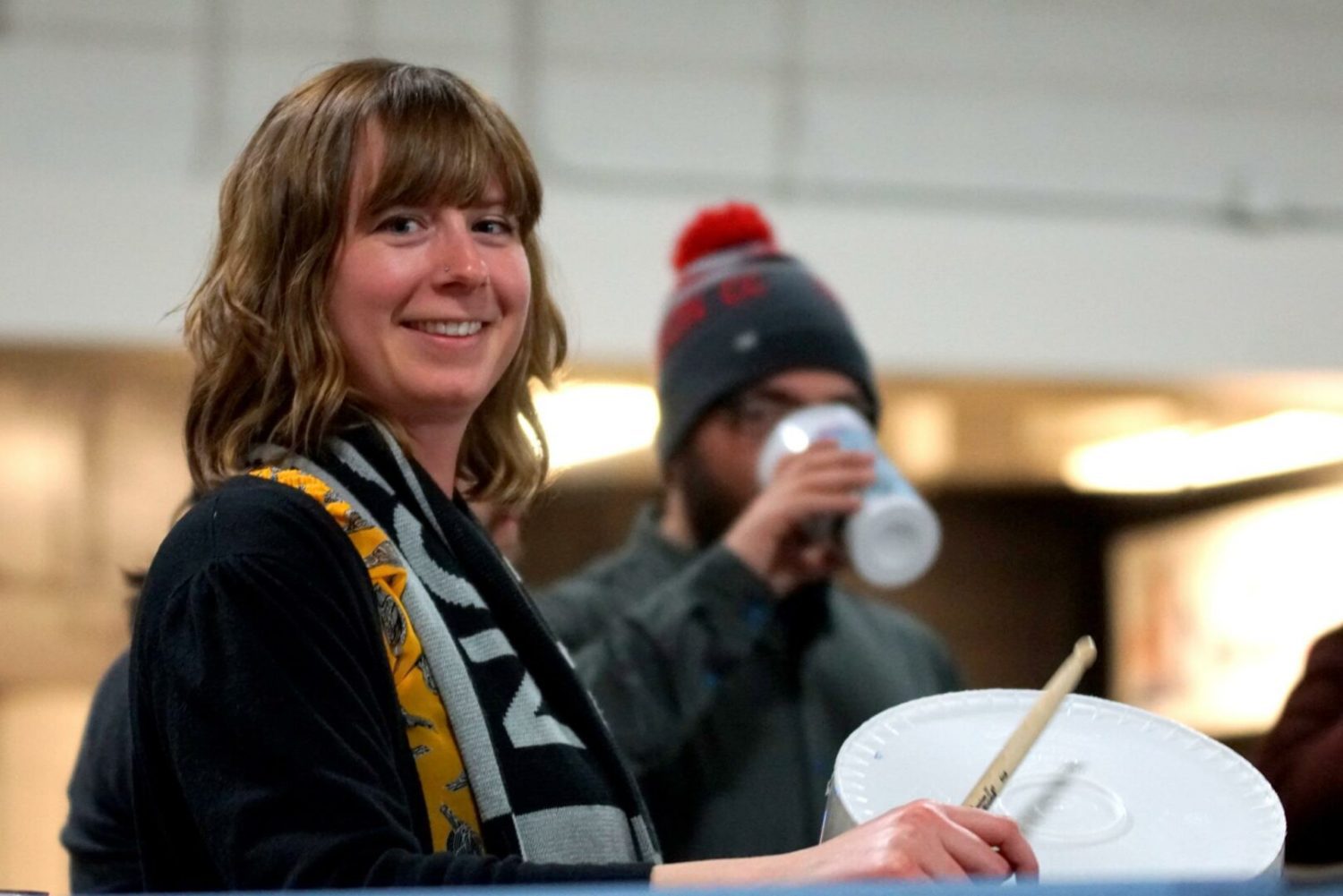 “It’s kind of like a playoff game for us tomorrow.”

T.J. Ifaturoti and Flores scored in the first three minutes of the game, then Jacob Rajewski added another goal, to stake the Risers to a 3-0 lead after the first quarter.

Ritsema was relieved to see his team grab an early lead after waiting so long to get started.

“You kind of get pumped up and then have to wait a little longer for the game to start,” Ritsema said. “I was really happy with the way we came out and got the first couple of goals.

Waza scored to cut the Muskegon lead to 3-1, but the Risers scored two more times in the first half, with goals from captain Stu Collins and Flores, to take a 5-1 halftime lead.

The visitors cut their deficit to 5-2 in the third quarter, then Flores completed his hat trick to give Muskegon a 6-2 lead heading into the final quarter. Flores now has a team-leading 12 goals on the season.

Jubenal Rodriguez and Justin Cartwright both scored in the final quarter for Muskegon. Goalkeeper Tim Bergsma made several sprawling saves to preserve the lead.

Waza scored again with five minutes remaining, but it was too little, too late.

“The good thing for us is we got a lead early and we were able to manage the game,” Collins said. “Not to say we took our foot off the gas, but we managed the game well in terms of possession. You can pick and choose your moments more when you’re in control of the game.”

Ritsema was pleased that the Risers had five different scorers in the game.

“We have our main forwards that put the ball in the net, but we have lots of guys that can score goals,” the coach said. “Our defenders have a couple goals and even (goalkeeper Tim) Bergsma has had a couple good shots this year.”