The Eagles entered Friday night’s Class B district title game as defending champions and winners of five of the last seven championships. 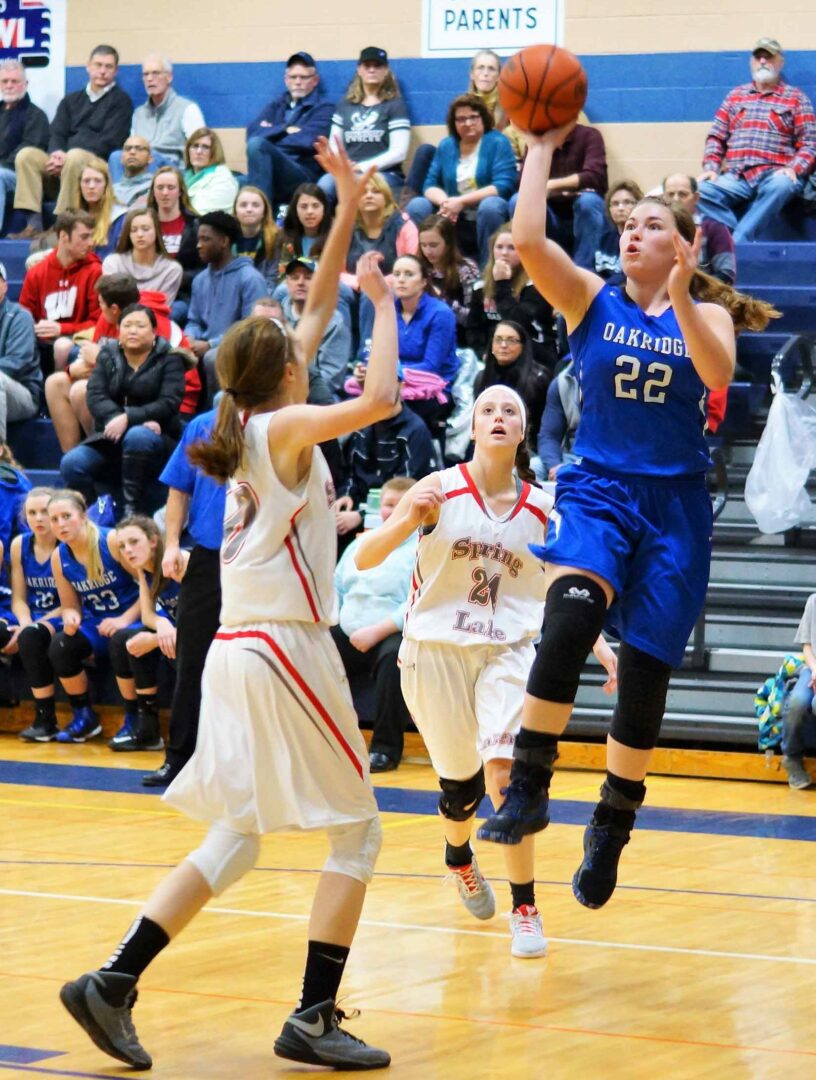 Hannah Reinhold glides in with the floater for Oakridge. Photo/Sherry Wahr

So nobody was shocked when Oakridge pulled it off again, beating a tough Spring Lake squad 42-36 at Montague High School in an entertaining but sometimes sloppy game.

The Eagles improved to 21-2 on the season and advanced to the Class B regional semifinals on Tuesday night against host Hamilton (22-1). Tipoff is slated for 6 p.m.

“The expectation was that we had to do it again,” said Oakridge Coach Terry DeJonge. “We had to. There were no ifs, ands or buts about it. So I feel pretty good because we reached our expectations.

“I think, by the crowd, there were a lot people here who love the Eagles and support us. It was wonderful that we had so many people here leading us on to victory.”

The Eagles were again paced by their outstanding guard duo of senior Hannah Reinhold and sophomore Sophia Wiard, who each scored 14 points. Gracie Reinhold added seven points for Oakridge while Kennidie Streed chipped in with five.

The Lakers, who closed out their season with a 16-7 record, were led by their senior standout Reiko Johnson, who scored a game-high 15 points in her final varsity basketball contest. Jenna Core added 10 points for Spring Lake.

DeJonge said the Eagles were focused on keeping Johnson from doing too much damage on offense. 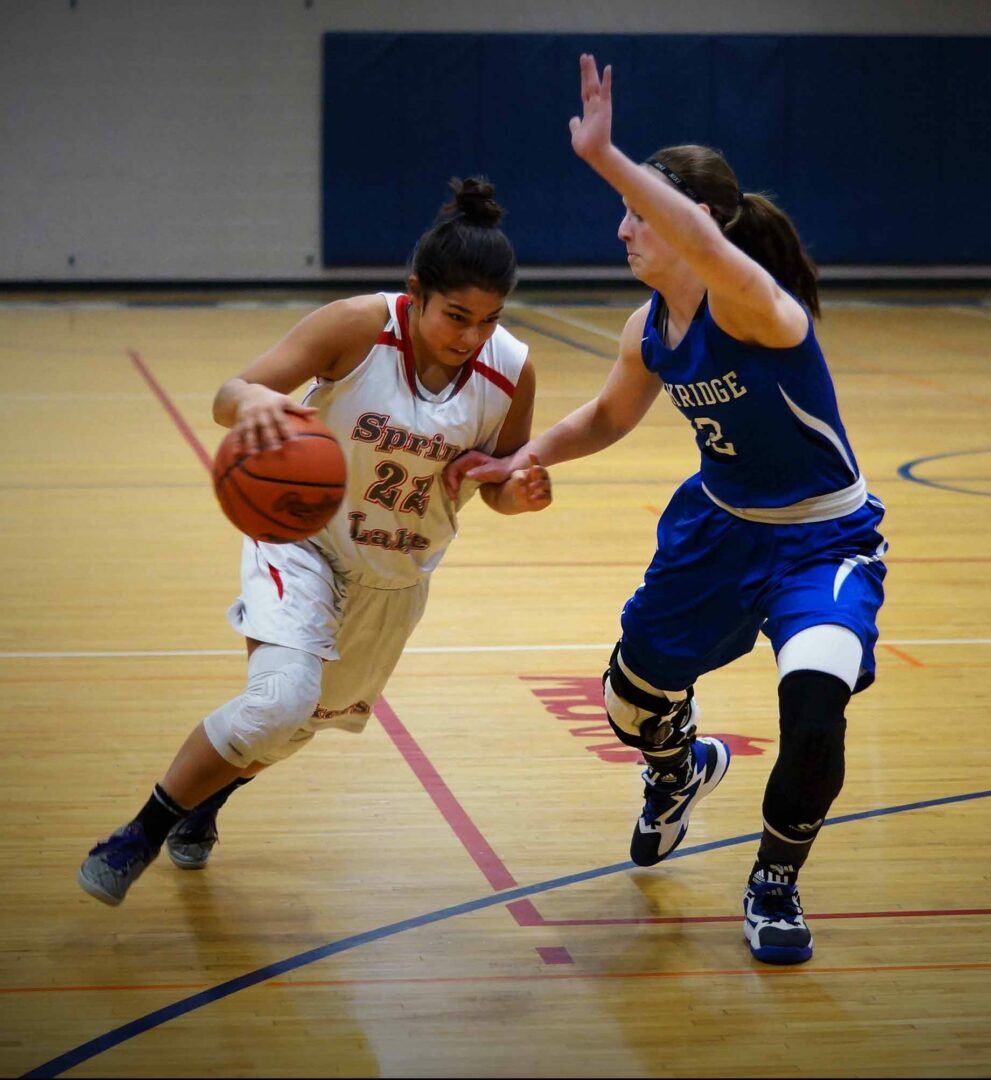 Reiko Johnson looks to get around Wiard. Photo/Sherry Wahr

“We made it a point to make sure she wasn’t by herself,” DeJonge said. “She is an amazing player and a special player. It is going to be nice to watch her at the next level.”

Oakridge had a slight 11-10 lead after the first quarter, thanks to buckets from four different players.

The low scoring continued through the second quarter, with the Eagles going to the locker room with a 17-14 lead.

The Lakers managed to cut their deficit to as low as five points during the fourth quarter, but failed to complete a comeback.

“They had a good game plan and it worked,” said Spring Lake Coach Cavin Mohrhardt. “We ran out of gas and they had a good defense.” 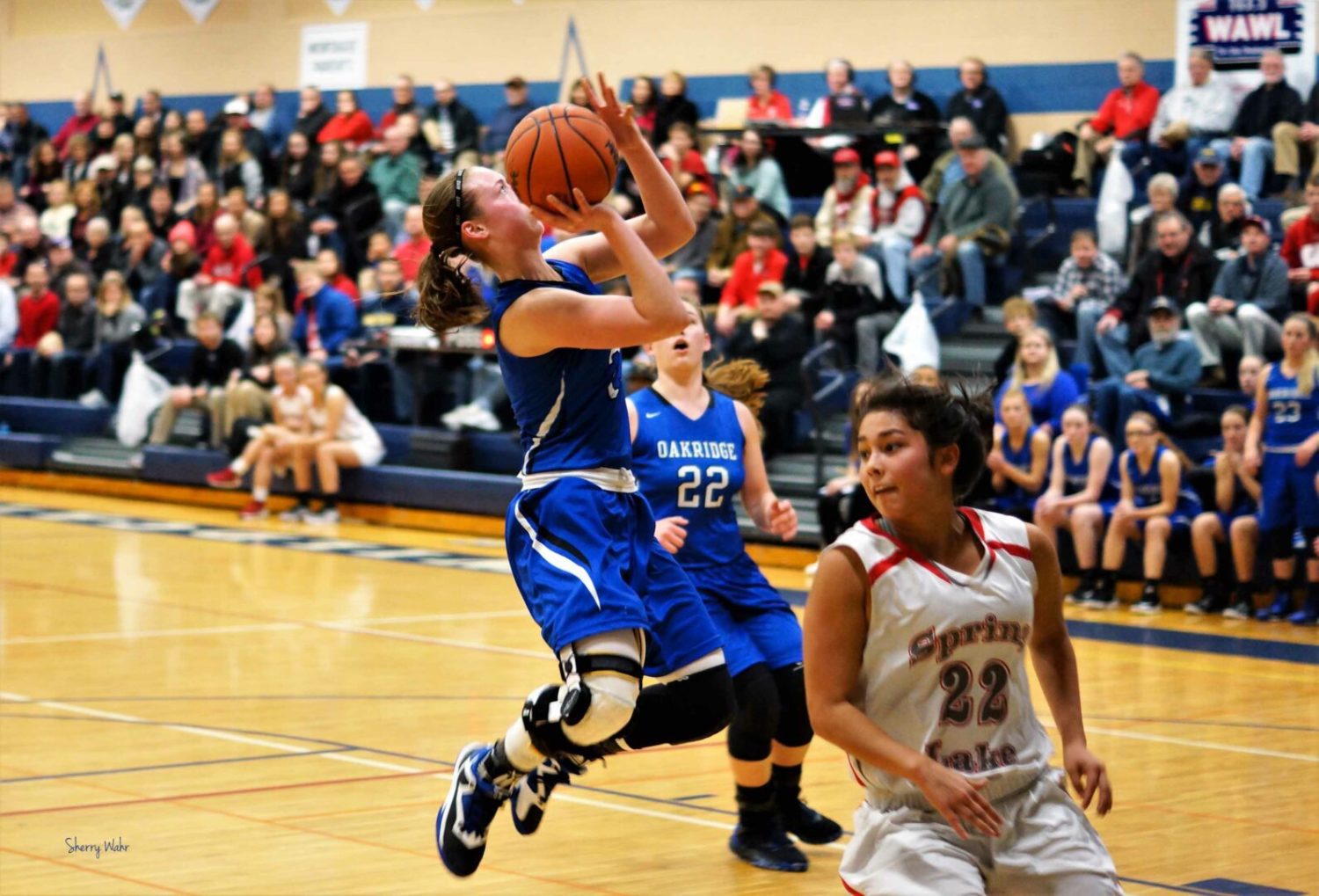 Sophia Wiard leans back with a jumpshot over Reiko Johnson. Photo/Sherry Wahr 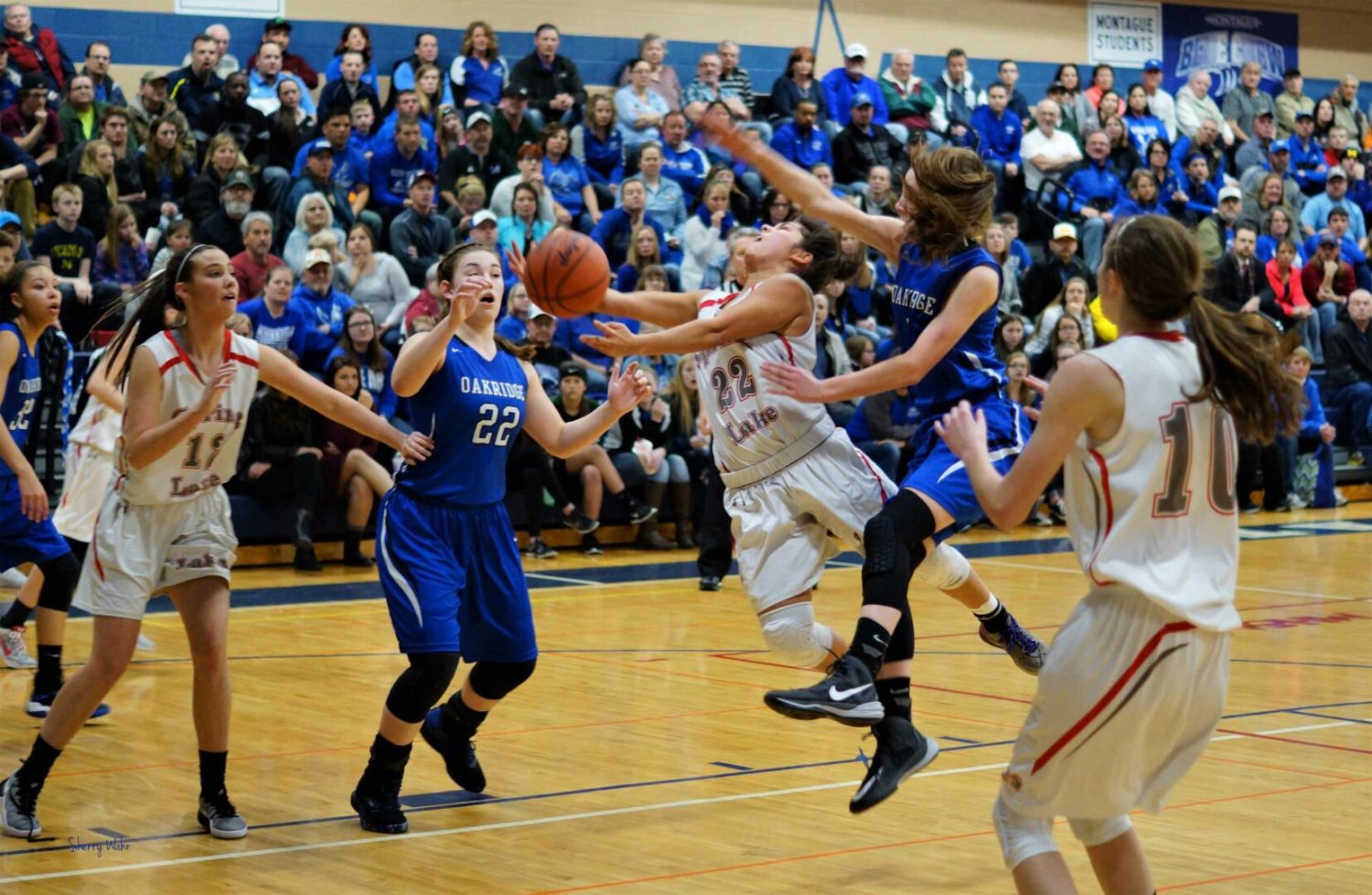 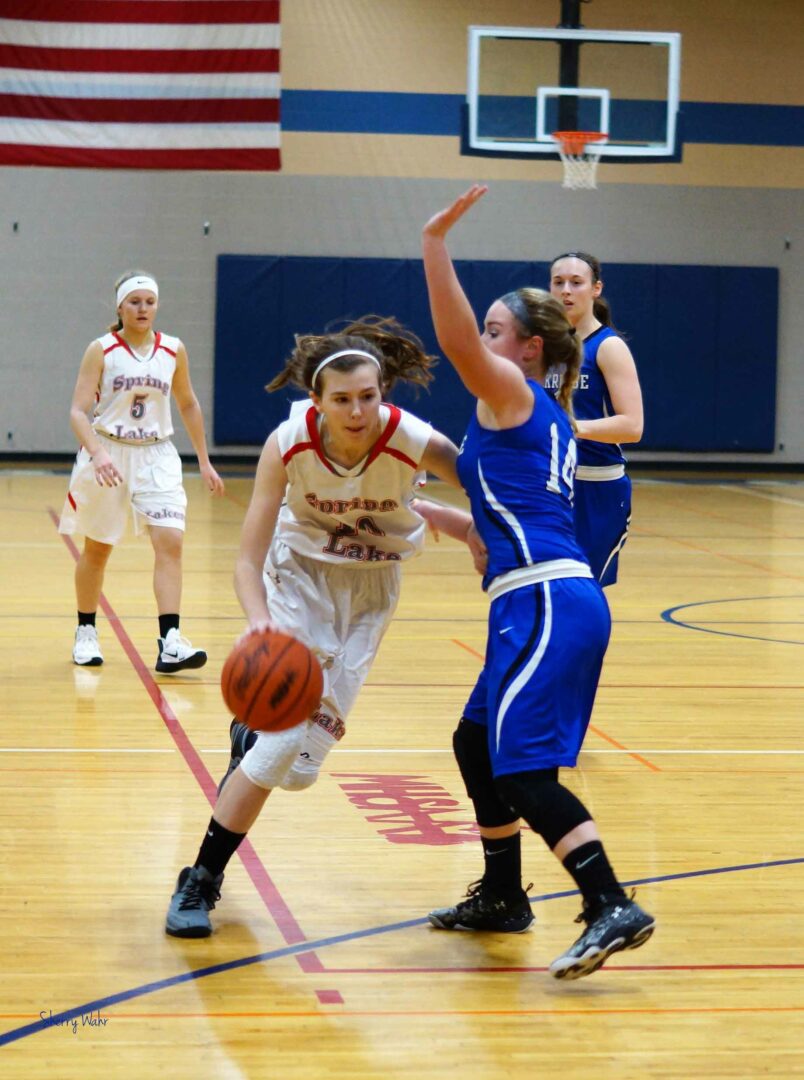 Jenna Core handles the ball for the Lakers while Alyssa Fessenden defends for the Eagles. Photo/Sherry Wahr

Lumberjacks fall 3-1 to Fargo in another penalty-filled contest