Spring Lake wakes up in fourth quarter, holds off Unity Christian 53-46 in regionals

SPARTA- The Spring Lake boy’s basketball team could have easily let its Class B regional semifinal game slip away on Monday night.

The Lakers led by eight points at halftime, then watched their advantage dwindle to one early in the fourth quarter after playing an uninspired third. 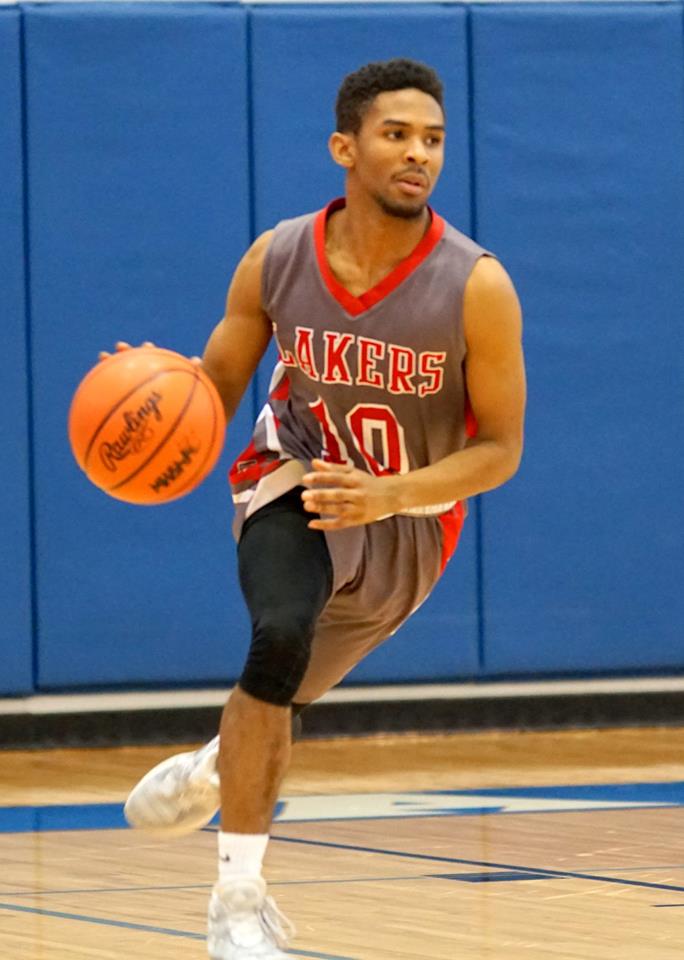 Isiah Pierce pushes the ball up the floor for Spring Lake. Photo/Leo Valdez

The Lakers now advance to the Class B regional finals at Sparta on Wednesday night against O-K Blue Conference foe Grand Rapids Catholic.

“I knew that this team was similar to us,” said Spring Lake Coach Bill Core about Hudsonville Unity Christian. “The play grind-it-out defense, have no superstars, and play motion offense. It was like playing against ourselves.

“I told the kids that we are evenly matched and if we played them 10 times we would go 5-5. We had a very good first half defensively, we never gave up the lead and we made our free throws down the stretch.”

The Crusaders put up a 14-8 run during the third quarter to cut their deficit to 35-33 heading into the fourth. They played a turnover-free third quarter after committing 11 first-half errors.

Austin Steenwyk opened the fourth quarter with a free throw to cut Unity Christian’s deficit to one point, but that was as close as the Crusaders would come.

The Lakers had an 18-13 advantage in the fourth quarter. They nailed 10 of its 13 free throws in the fourth, including 10 of its final 11 attempts from the line. 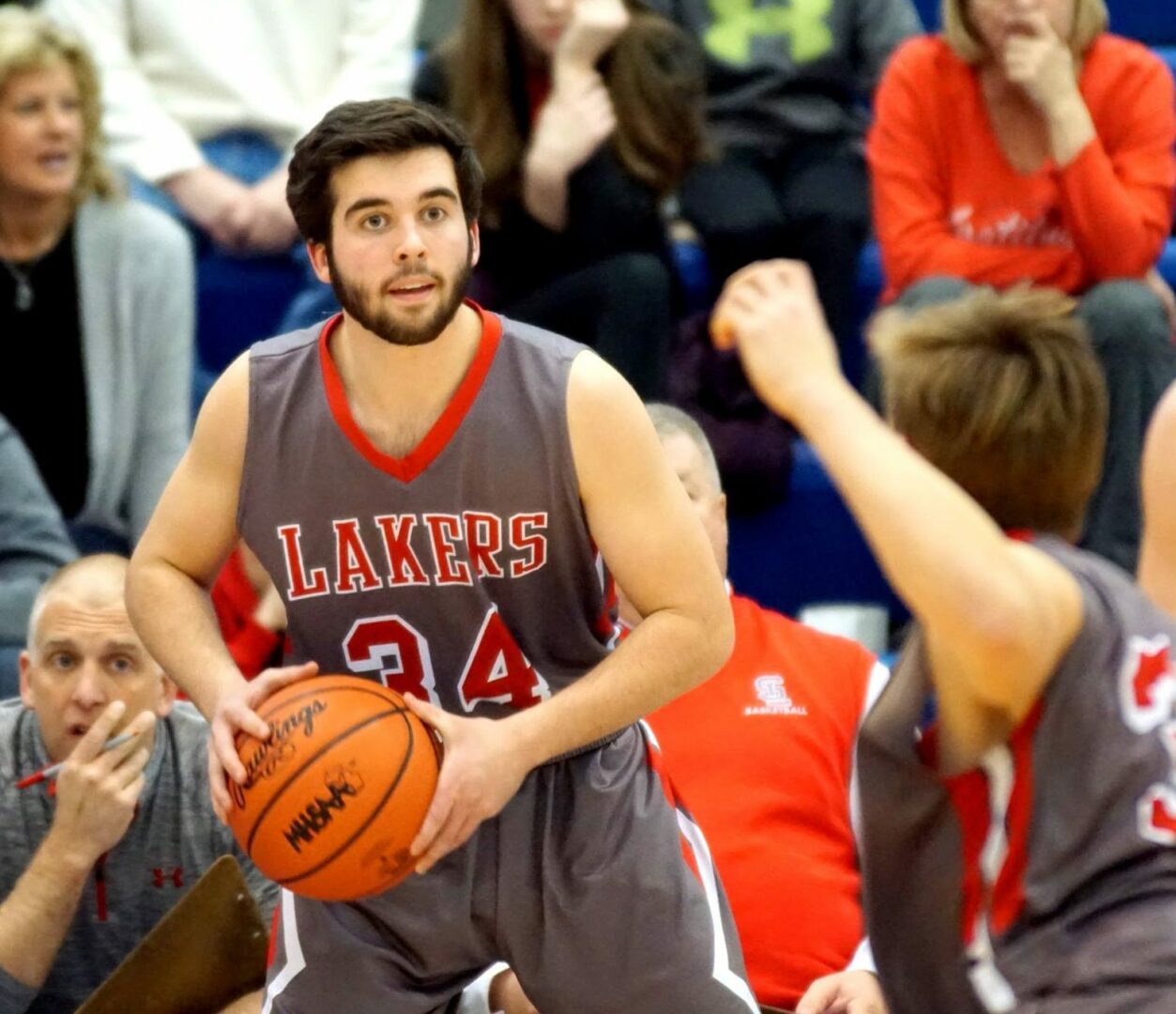 “They got pretty comfortable in their offense and we didn’t force any turnovers,” said Core about the third quarter. “We had a bad quarter, but we managed to maintain that lead to close it out.”

The Crusaders were led by Steenwyk with a game-high 15 points. 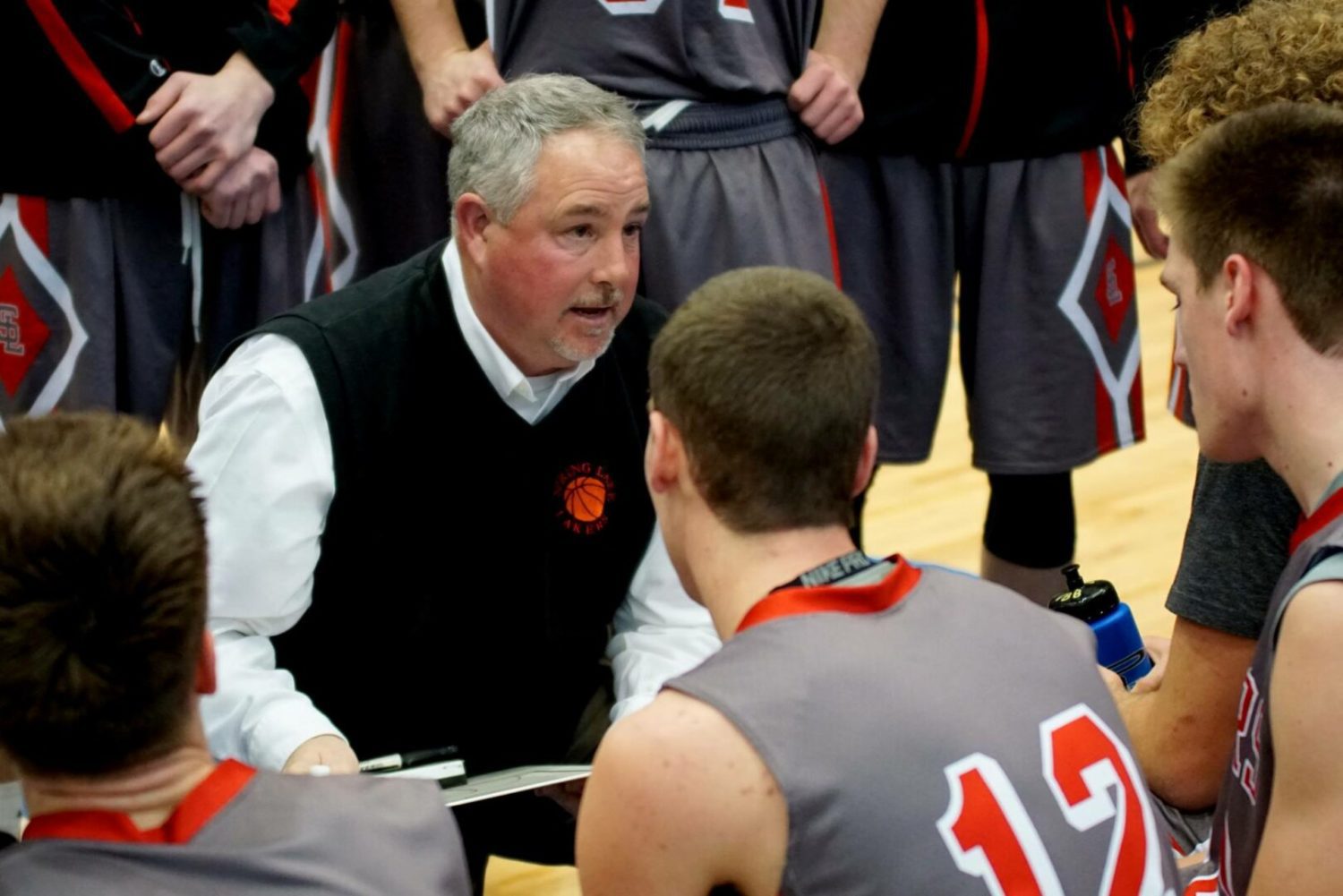 Lakers Coach Bill Core draws up a play during a timeout. Photo/Leo Valdez 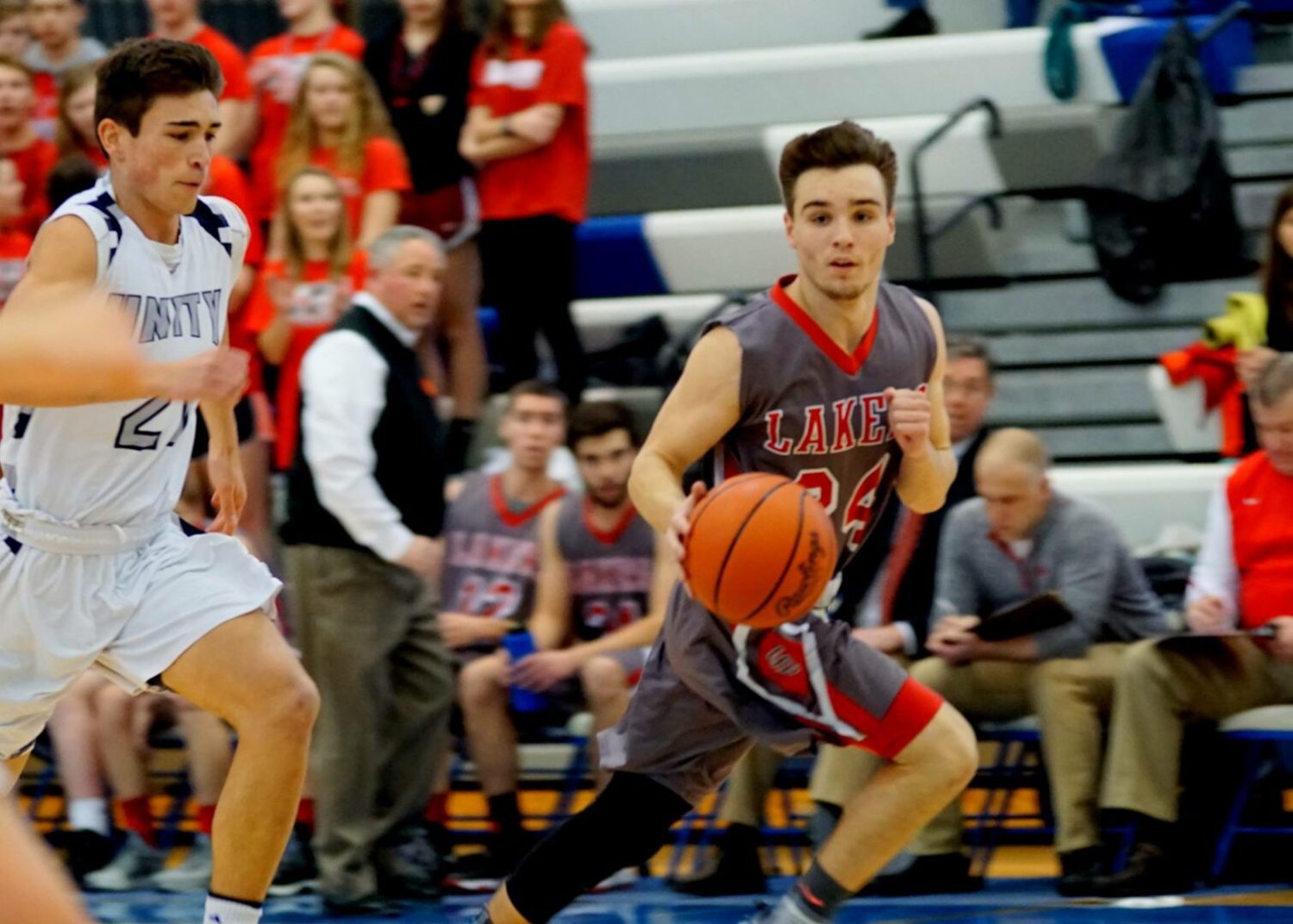 Cameron Ball pushes the ball up the floor for Spring Lake. Photo/Leo Valdez 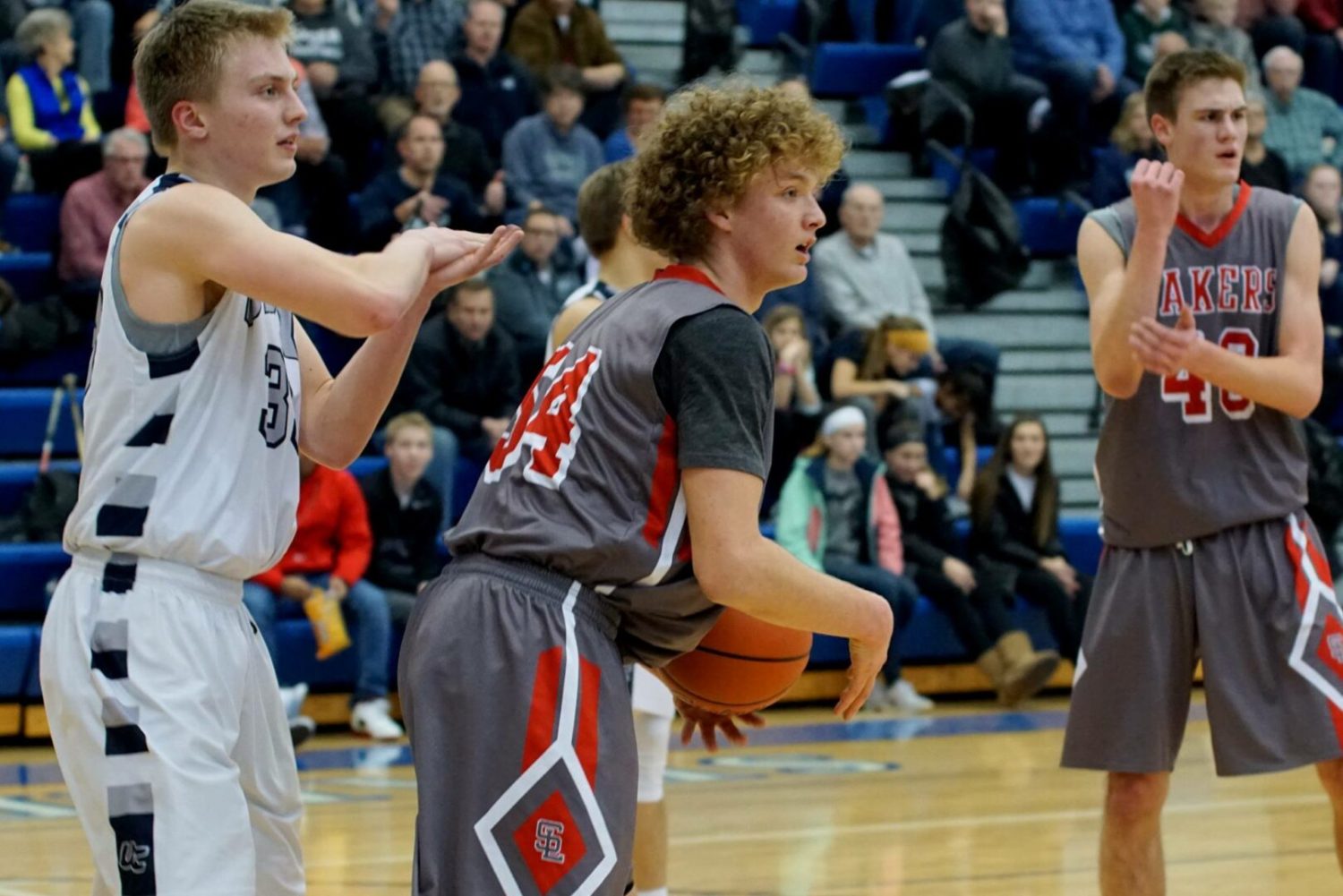 Spring Lake junior forward Griffin Lorimer and No. 40 Sam Johnson look toward the referee after a call. Photo/Leo Valdez 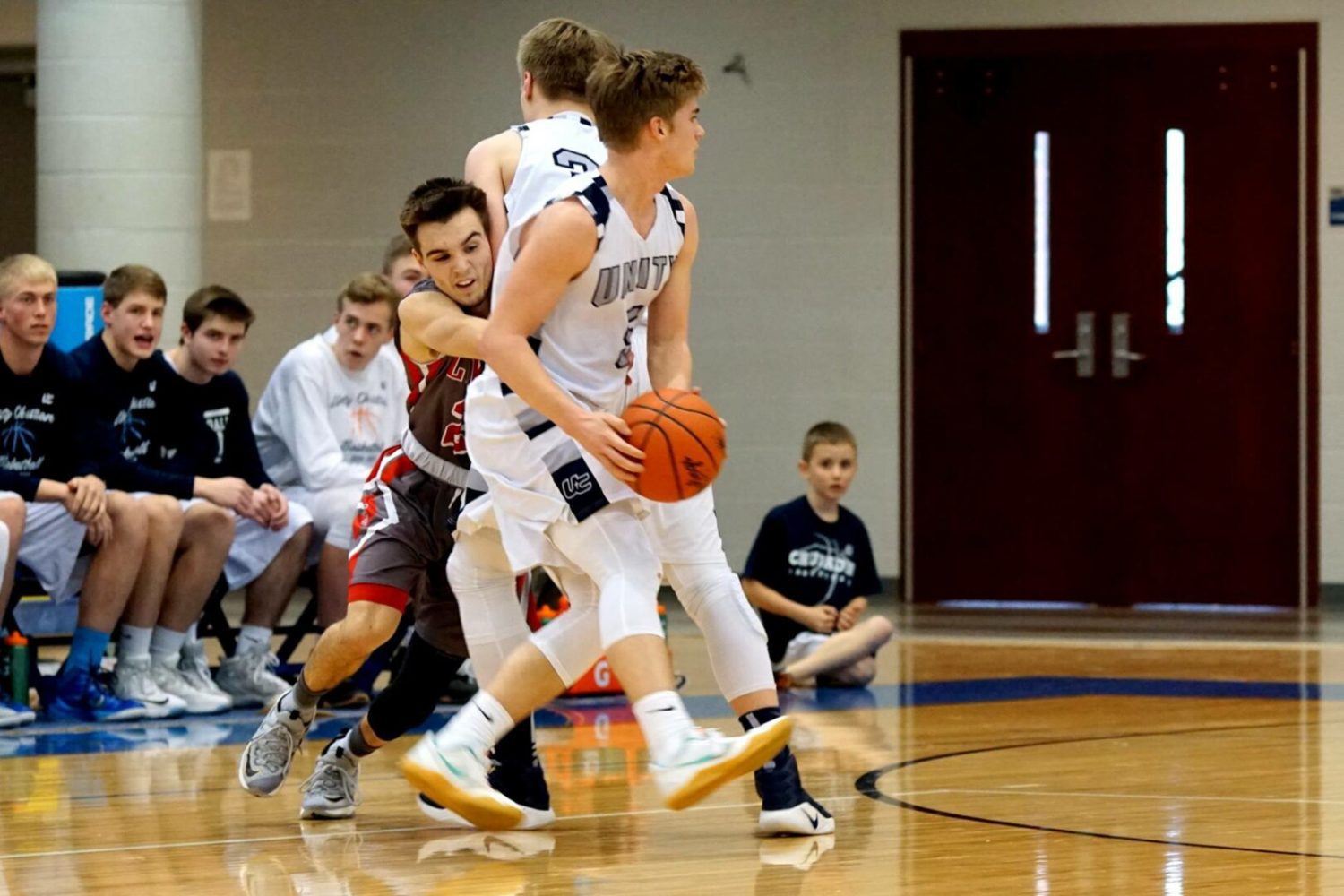 Cameron Ball fights to get around the pick to guard Unity Christian’s Austin Steenwyk. Photo/Leo Valdez

Montague steps on the gas in blowout win over Manistee

Holton throttles White Cloud 65-8 in league game, improves to 4-1 on the season